The Curious Case of Shenzhen, The Western-Friendly City Just 16 Miles From Hong Kong

"Shenzhen is a very new city, it's a baby compared to the rest of China" (Photo by Daniel Berehulak/Getty Images)
Getty Images
By Jake Emen @ManTalkFood

After tapping the key card to my hotel room, I push the double doors open and stroll into my 200-square meter, marble-clad palace of a presidential suite at the Hard Rock Shenzhen. It’s the VIP Rock Star Suite, replete with features such as a billiards table, full bar and a Fender guitar and amplifier waiting for me to butcher some Hendrix upon. The standard amenities are equally over-the-top: jacuzzi tub, rainfall shower, circular bed — all of which have seemingly been built for eight.

There’s clearly a lot to enjoy for the luxury-minded traveler in Shenzhen, Hong Kong’s neighbor in mainland China and one of the quickest growing cities in the world. It is also increasingly being touted as a western-friendly tourist destination.

It took me a bit longer to arrive to this particular destination than I had initially planned. Earlier this year, Shenzhen was added to the list of Chinese cities offering 144-hour visa-free admittance to enter the country; capitalizing on the exemption, though, is easier said than done.

The key is that you can only visit one province of the country during your trip, and your ticket must be transitory, i.e., starting and ending in different countries rather than a round-trip from a single country. As I was departing from the U.S., and stopping in Shenzhen en route to Vienna, Austria, my ticket seemed to qualify. Airline representatives checked my tickets prior to departure from San Diego, and then at my connection in Vancouver, deeming it appropriate, let me board the flights.

However, after hopping off a 12-hour flight and spending a four-hour layover twiddling my thumbs in Taipei, I was denied entry onto my final leg, the flight which would have taken me from Taipei to Shenzhen. Pulled aside by an officer at the gate, furious negotiations — let’s be honest, more like impassioned pleading — ensued, culminating in my spending the night in a Taipei airport hotel, rebooking my ticket to Shenzhen the next morning, and changing my departing flight to Vienna so that it also did not stop in Taipei on the way out of China. This final point was apparently the culprit, although nobody seemed particularly clear on the matter one way or the other.

Tired, embittered and defeated, I finally made it into Shenzhen about 19 hours later than planned. As I arrived, China was in the midst of celebrating its National Day, honoring the 70th anniversary of the founding of the People’s Republic of China. The weeklong affair was marked with fierce displays of power and pride, all set against the backdrop of a trade war with the U.S. and the ongoing protests just 16 miles away in Hong Kong. As the holiday was celebrated with flair in mainland China, violence only increased in its adjacent semiautonomous territory, marked by a protestor being shot and the closure of the city’s transportation system.

In Shenzhen though, mum’s the word. When asked whether there was much talk of Hong Kong in the city, one western bartender at a new cocktail joint in town said there was absolutely “zero,” wagering his Chinese co-workers knew little of anything transpiring in the city. Another foreign bar owner ventures that the locals are aware of unrest in Hong Kong, though they likely don’t have “a full picture of what’s transpiring.” One Chinese hotel worker, unprompted, simply mentioned to me that it’s “bad” in Hong Kong right now.

The focus in Shenzhen is on the city’s own seemingly boundless promise. It’s visible from the air as you descend into the city, and from the streets as you stare up at its many wondrous, towering constructions. Sometimes referred to as the Silicon Valley of China, Shenzhen is home to companies such as Tencent and Huawei, as well as Ping An, which lends its name to the Ping An Finance Centre. Completed in 2017 and standing at 599 meters tall, it’s the 4th tallest building in the world, and the kingpin of a cityscape of skyscrapers — Shenzhen has more buildings above 200 meters than any other city in the world.

The whole city and surrounding province seem under transformation, ready to open up to the world and match the wonders of its flashier, more globalized neighbors. Whether it ultimately will do that is a different question. The city grew so quickly it feels as if the city planners don’t quite know what to do with the place: storefronts in beautiful new mall spaces sit vacant even as new malls, new towers and gleaming new structures of all kinds shoot up in an endless procession.

“People now are throwing a ton of money at projects — Shenzhen wants to get on the map,” says Mack Ross, manager of The Attic, the Park Hyatt’s swanky top-floor cocktail bar. “Right now in China, Shanghai and Beijing are so dominant, that’s where the food and drink culture is.”

While there’s a lack of international reputation and recognition, what’s left in its stead is a huge opening in the door; a Ping An-sized space to be filled, if you will. “There are a lot of young people here looking forward to opportunities,” says Jessica Kwok, business development manager of Young Master. The Hong Kong-based brewery recently opened Goon Goon, a taproom and restaurant, as its first outpost in Shenzhen. “We’re young people here looking for opportunity.”

Indeed, the hospitality scene is percolating, riding a wave of touted openings. The Hard Rock Shenzhen opened two years ago, while the sleek Park Hyatt, actually the sibling tower to the Ping An building, debuted this summer. There’s also a new Raffles in town, and a Mandarin Oriental on the way. Meanwhile, in one of the city’s two Shangri-La properties, the Futian Shangri-La, chef Christopher Kostow, famed for helming Napa Valley’s 3-Michelin-starred The Restaurant at Meadowood, debuted an extravagant tasting menu concept dubbed Ensue just this September. It’s a first-of-its-kind restaurant for Shenzhen, and a signal to the world at large that the city deserves a place among Asia’s most impressive metropolises. Expect the Michelin stars to follow Kostow as well, whenever it is that the guide itself finds its way to the city.

The theme is a common one found all across town. “Shenzhen is a very new city, it’s a baby compared to the rest of China,” says Paul Hsu, the manager of the brand new Obsidian, a three-story cocktail bar and restaurant located in the Ping An’s mall. Another bartender chimes in, “that’s why I moved here.”

The time is ripe for those looking to establish a reputation or get in on the ground floor of a bustling new community catering to a growing contingent of affluent locals, as well as western leisure and business travelers. Just don’t mention Hong Kong — or do, so long as you’re not expecting locals to engage you in a spirited conversation on the topic. 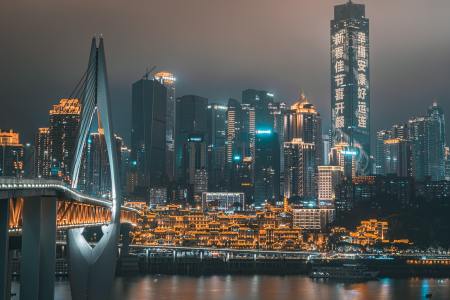 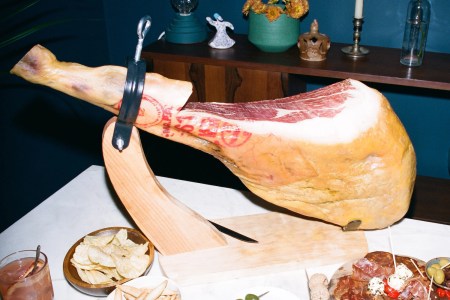