Casco Antiguo is enlivened with this soulful, historic and revitalized property

In the heart of Panama’s revitalized old city of Casco Antiguo (also known as Caso Viejo) stands the regal heritage property Hotel La Compañia, which flung its doors open in April 2022 after nearly eight years of renovation. As the first Unbound Collection by Hyatt in Central America, the lovingly restored hotel uniquely anchors the blossoming historic 17th-century district, considered a UNESCO Cultural Heritage Site. Occupying an entire city block with a lush courtyard nestled in its interior, the hotel features three distinctive wings which restore the charming grandeur of the past— faithfully corresponding to their respective Spanish, French and American Beaux-Arts eras.

General Manager Fidel Reyes and owner Chris Lenz, who spent his career in the entertainment and hospitality business in Asia, can be seen throughout the luxury property talking with guests and staff. Lenz’s devotion to the property that he brought to life — alongside a host of international designers, architects and historians — is unmistakable. Referencing the grueling years required to open the hotel, he calls himself a naive optimist but acknowledges that the biggest most rewarding opportunities are often found where it’s equally most difficult.

Surrounded by original stones, unearthed artifacts and old planks recovered from as far back as the days of Christopher Columbus, restoration was slow and cumbersome to protect the integrity of treasures found in the rubble. Describing the process as “building in and around” and using “fortifying touches” to ensure the final structures were sound, Lenz prioritized historic accuracy which could also support dazzling modern touches.

It’s not a stretch to say the hotel rose from the ashes, a living museum channeling its story-rich surroundings. Unsurprisingly, it attracts guests who value beauty, art, architecture and history.

The entrance of the 88-suite hotel is in the French Colonial wing, adjacent to a stunning 300-year-old cathedral ruin and mere blocks from Panama’s Presidential Palace. The lobby artfully features pivotal figures in Panama’s history including Vasco Núñez de Balboa, buccaneer Henry Morgan (the face of Captain Morgan rum), Philippe-Jean Bunau-Varilla and Theodore Roosevelt. The structure was built by Jesuit priests in 1739 as the Compañía de Jesús Convent to house San Javier University, Panama’s first university. Not long after, the Jesuits were banished and the city suffered devastating fires and an earthquake. The French Colonial wing was rebuilt in the 1880s as the French base during canal construction.

Today, this wing has 45 guest suites exhibiting classic French sensibility, including elegant ceiling molding and crisp white interiors which contrast beautifully with the stone walls. Step through French doors onto your private balcony for views over a narrow street lined with pink, blue and yellow buildings with wrought-iron balconies, evoking European vibes. In the distance, you may spot one of the five area church domes in Casco Antiguo’s 21-block footprint.

The 1688 Spanish Colonial wing is the oldest section of the property and was constructed by the Jesuits as a convent. Later it was reopened as a hotel before being transformed into the home of the National Red Cross of Panama, Matilde Obarrio de Mallet. Twenty guestrooms whisk you back in time to the 1600s with heavy wooden support beams and restored stone walls. Balconies have elegant wooden privacy dividers with slats to permit airflow.

Shopping, an obligatory pastime on any vacation, courses through the veins of the American Beaux-Art wing (1904) because it was once American Bazaar, the city’s first department store and an iconic men’s store. This hotel wing weaves together the critical part Americans played during the construction of the Panama Canal. The couple dozen suites have a cool throwback vibe, with black-and-white vintage era accents and tasteful pops of color.

Word got out quickly about Hotel La Compañia’s exceptional restaurants, making reservations essential. Just ask Katia Wendt, a Brazilian who works for a global pharmaceutical firm and has lived in Panama for five years with her German husband. She delayed placing dinner reservations for her 42nd birthday dinner party at El Santuario in the Spanish wing just off the lobby — and was crushed to learn they were full. This year, she’ll book early — although, in the interim, she’s been successful at gathering with groups of friends to indulge in the uniquely crafted menu celebrating Panama as well as Asia, India and the West. The all-day restaurant evokes an old Spanish church adorned with enchanting stone archways and with natural light streaming through large windows. Evenings, twinkling fairy lights strewn throughout the adjoining courtyard further elevate the ambiance.

For fine dining with a French twist head to 1739 Restaurant & Wine Cellar, the hotel’s luxury restaurant and 1000-bottle cellar in the main French Colonial wing, named for the structure’s original construction date. The walls are covered with black and white photos of celebrated Panamanian artists, athletes, musicians and personalities.

The adjacent clubby Exilio Bar remembers the 1767 Jesuit exodus on five ships. Dark formidable wooden replicas of the figureheads of the ships anchor the bar to make every craft cocktail you order an extension of the hotel narrative.

In the American Beaux-Art wing, the restaurant American Bazaar serves American cuisine in a cool, retro streetside space facing the bustling Avenue Central España. Hari’s features a bold atmosphere inspired by the master of eclectic design Panama-based Harry Segil — so expect the unexpected, by way of culinary offerings. Head upstairs to Capella bar on the roof near the pool for unparalleled starry views over Casco Antiguo — a sacred experience with 360° views of the capital skyline, the Pacific Ocean and the Cathedral Basilica of Santa Maria on Independence Square with its iconic twin bell towers.

The hotel plans to honor seasons and holidays — such as it did this past Christmas season. A spirited melody of lights, garlands and wreaths, 145 wreaths, red velvet bows, antique gold bells and fairy lighting adorned the front of the hotel and in the courtyard and 2,000 Christmas balls embellished the 150-year-old avocado tree. New Year’s Eve offered the public a chance to step into history and fashion with a 15th-century all-white masquerade ball in the adjacent church ruins La Compañia de Jesús.

But even when there isn’t a holiday or a local celebration at hand, the streets of the old city have been coming alive for some time, creating a magnetic, palpable buzz. Ironically, what saved this precious historic hidden-gem city according to Lenz is that it was abandoned and left to decay. Deserted, the roughly 441 original structures were untouched, waiting to be redeemed and brought to life. Which Hotel La Compañia certainly accomplishes. 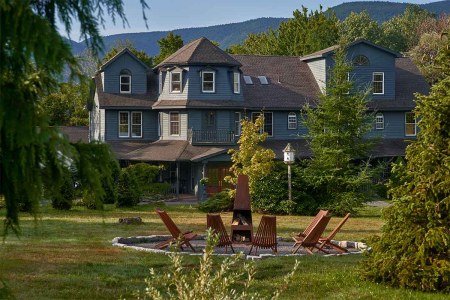 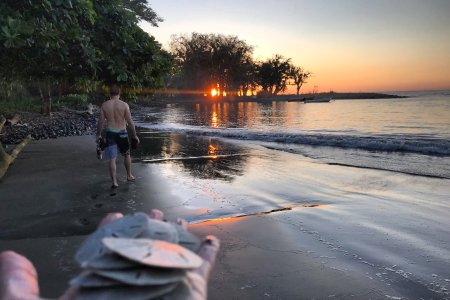 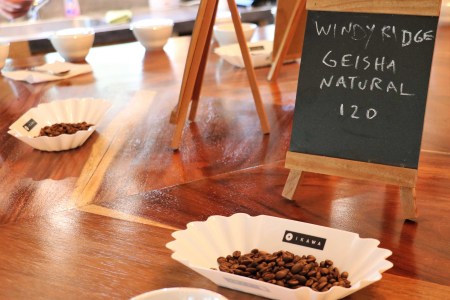