When Billionaires Want an Adventure, They Call Roman & Erica

Submarine trips, yacht builds, space-station visits: if you can afford it, this husband-and-wife team will make it happen

At a depth of more than 36,000 feet, the Mariana Trench is the deepest oceanic trench on the planet. It is so deep that, according to Insider, if you were to drop every altitudinous inch of Mount Everest down into it, the peak would still be more than a kilometer below the surface. To this point, descents have been limited almost exclusively to scientists, researchers and Hollywood film director James Cameron.

But that’s about to change. For a price tag of $750,000, New York-based travel concierge Roman & Erica — in collaboration with EYOS Expeditions — is offering patrons the opportunity to plumb the depths of the western Pacific Ocean as the sole passenger of a 14,000-meter tested (and classed) submersible, the human occupied space of which is a 90-millimeter titanium sphere, previously reserved only for research purposes.

“This submarine is exceptional. It’s the only submarine that is designated unlimited depth,” says Roman Chiporukha, co-founder of Roman & Erica. “It’s almost like with watches. If you dive 70 meters with a 50-meter watch, it’s going to buckle under the pressure and break. We’ve done [submersible adjacent] experiences for our clients before, but they’re 10-20 meters tops because the submarine just doesn’t have the technology built into it. This was designed especially for this sort of extreme adventure.”

Roman & Erica — whose other upcoming offerings include $55 million tickets to the International Space Station in 2022 — is the brainchild of Chiporukha and his wife Erica Jackowitz. Their team comprises just six people, and they work with roughly three dozen clients at any given time.

“[The idea is that] rather than calling a travel agent, a car company and a massage therapist, they can call one person who knows all of their preferences, their ins and outs, and facilitate anything pertaining to their lifestyle and leisure,” Chiporukha says.

If it’s not clear already, this is not your average travel company. As a general rule of thumb, Roman & Erica vet and court prospective clients for a three-month period before moving forward in any capacity (the one exception to that rule being when they have been referred by existing clients — their preferred method of acquisition). If following the introductory period both sides do decide to move forward, clients pay an annual retainer for “services rendered” in addition to the hard costs associated with any given itinerary.

“[We once] helped a client build a superyacht,” Chiporukha says. “I ended up needing to establish a relationship with the Missoni house because all of the boat was done in Missoni — the fabrics on the backboards of the bed, the towels, the bathrobes, things of that nature.”

Once it was completed, Chiporukha’s client requested that he accompany him to pick the yacht up at the Cannes Film Festival, and then spend the duration of the summer planning excursions for the revolving door of people who would be staying onboard. Following a stint in the Mediterranean, Chiporukha was charged with shipping the yacht to the Indian Ocean, where the festivities would continue with his oversight.

“That’s kind of the full scope of services,” he says. “We didn’t just plan the trip. We helped build the yacht. We went with him to make sure that he was able to enjoy his experience. If he chose to wake up at dinnertime, we would have all of his friends sitting around waiting for him.”

Jackowitz, for her part, does effectively the same thing each year for a client in Ibiza, spending the entire month of July planning a massive birthday celebration and coordinating travel and itineraries for all of his incoming guests. And these are just a couple of the more standard requests Chiporukha and Jackowitz receive … if you could call them that.

“I had a client call me two years ago and say, ‘Roman, I lost a bet and I need the front of a gondola. Like, a gondola from Venice,’” Chiporukha says. “He calls me up and says, ‘I need one of these things to give as a gift. And it can’t be new. It needs to have at least 50 years of history and I want the story of the guy who has it.’”

Four months later, Chiporukha had a ferro di prua shipped to the client from Venice.

Outlandish as it may seem, it definitely serves to provide a clearer picture as to how Chiporukha and Jackowitz were able to secure reservations on the first unlimited depth submarine, or on a literal rocketship, and why there seems to exist no undertaking too grand for their ambitions. If you can dream it — and more importantly, afford it — they will make it happen.

As far as wanting to break into this new realm of extreme travel, though, Chiporukha has ulterior motives. Chief among them? He’d love to see it eventually commoditized.

“I’m really excited to be a part of this new space industry, which encompasses travel to space and space-adjacent things like the Mariana Trench. And I can only see [it] getting bigger and more interesting and, more importantly, affordable for the rest of us,” he says. “So it’s important to support the folks that are going up and paving the way, because they are the pioneers. Yes, today they will go for $50 or $55 million. [But] hopefully in 10 or 20 years our children can do it for $50,000 or for $5,000.”

Chiporukha likens the Mariana Trench trip to the early days of air travel — an extremely commoditized sector of the travel industry which now costs a small fraction of what it once did. 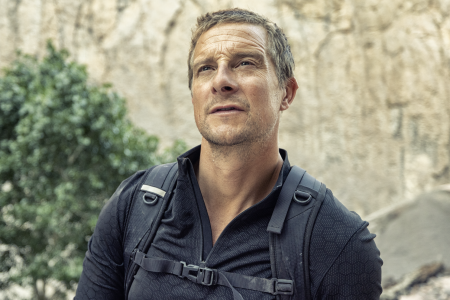 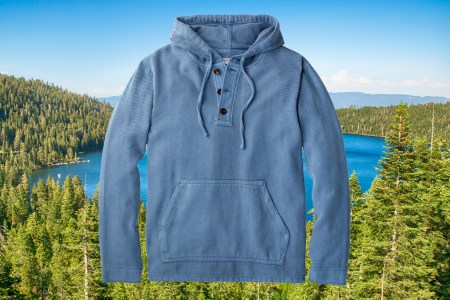