A Guide to All the Coronavirus Travel Restrictions 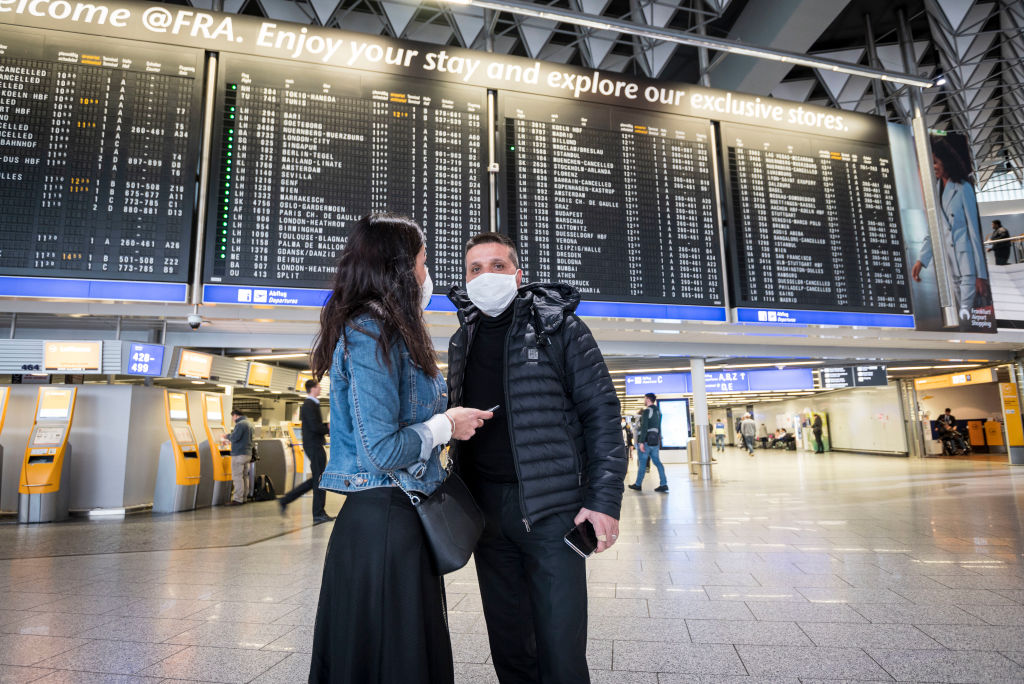 As the coronavirus pandemic continues to spread across the globe and world leaders attempt to prevent more infection, many countries have instituted travel restrictions. Airlines have scrambled to accommodate all the last-minute changes (you can check out a master list of each airline’s policies about waiving change fees or rebooking due to the virus here), and Princess and Viking have halted all cruises for the foreseeable future.

Last night, President Donald Trump announced a controversial 30-day European travel ban, but he botched the delivery during his live address to the nation, erroneously implying that the ban applied to all cargo arriving from Europe as well as humans. (It does not.) People are rightfully confused, so in an attempt to separate fact from fiction, check out everything we know about travel bans being instituted due to coronavirus worldwide below. (We’ll be updating as more information becomes available.)

There are exceptions for the UK and Ireland, which, as Business Insider notes, happen to be the two European countries where Trump owns golf courses. There are cases of coronavirus in both of those countries.

The new ban will reportedly go into effect on Friday, March 13 at midnight, but as CNN notes, “it’s unclear what time zone this refers to, and whether the cut-off time refers to the departure of US-bound flights, or their arrival — in other words, whether airplanes still scheduled to be in the air when the designated midnight deadline passes will be able to land.”

Foreign passengers who have been in China and Iran in the past 14 days will not be allowed to enter the country. American citizens who have been in China in the past 14 days are allowed to enter, but they will be redirected via one of 11 airports — including Atlanta, Chicago (O’Hare), Dallas, Detroit, Honolulu, Los Angeles, New York (JFK), Newark, San Francisco, Seattle and Washington — where they will undergo health screening.

For the time being, there are no known travel restrictions to and from America’s neighboring countries, Canada and Mexico.

Austria has banned all arrivals from Italy, China’s Hubei Province, Iran and South Korea, with an exception for travelers from those areas who can provide a medical certificate no more than four days old confirming that they are not affected by coronavirus.

On March 1, Greece announced it would not be accepting any new asylum applications for at least one month.

Passengers who have passed through or spent time in China in the last 14 days are not allowed to enter Australia, though the country is making exceptions for airline crew, Australian nationals and their immediate family members, or New Zealand nationals who live in Australia. Travelers who have been in Iran, South Korea or Italy at any point this month are not allowed to enter Australia for 14 days, beginning from the time they exited those respective countries. (There are exceptions to this for Australian nationals, Australian permanent residents and their immediate family members, who must instead self-isolate for 14 days after returning from any of the affected countries.)

On Wednesday, Beijing announced 14-day mandatory quarantine for all international travelers — even those from “non-epidemic countries” —arriving in the city. Countrywide in China, passengers arriving from Iran, Italy, Japan or Korea and traveling to Beijing, Guangzhou or Shanghai are subject to a 14-day quarantine.

International business travelers who are already in Beijing will be required to stay at designated hotels in the city, where they will be tested for coronavirus. They won’t be able to leave until their test results have returned.

Chinese nationals with a passport issued in the Hubei Province are barred from entering Hong Kong, as are any passengers — except for residents of Hong Kong — who have been in or passed through South Korea or the Hubei Province in the past 14 days. Hong Kong residents who are returning from those areas instead must face a 14-day mandatory quarantine. Additionally, passengers arriving who have been in China, Iran or Italy’s Emilia-Romagna, Lombardy and Veneto regions during the past two weeks must also be quarantined, and if their stay in Hong Kong is less than 14 days, they will not be allowed entry.

Beginning on March 14, the quarantine will be extended to passengers who have been in France (Bourgogne-Franche-Comte and Grand Est), Germany (North Rhine-Westphalia), Italy, Japan (Hokkaido) or Spain (La Rioja, Madrid and Pais Vasco). Hong Kong passport-holders are exempt.

India announced a month-long suspension of visas for tourists, and the country is also enforcing a 14-day mandatory quarantine on all travelers arriving from or having visited China, France, Germany, Iran, Italy, South Korea and Spain — including Indian nationals.

Italy is essentially on lockdown, and tourists are not allowed to enter via airports in the following areas: Alessandria, Asti, Lombardy, Modena, Novara, Padova, Parma, Pesaro and Urbino, Piacenza, Reggio Emilia, Rimini, Treviso-Venice, Verbano-Cusio-Ossola and Vercelli.

Travelers who have been in affected regions of China, Italy, and South Korea within the past 14 days are banned from entering Japan. There is an exemption for Japanese nationals and their spouses and children, provided the relations are verified.

Passengers arriving in Sri Lanka from Italy, Iran and South Korea must be quarantined for 14 days. On Thursday, the country also announced it would be canceling visas on arrival, but it’s unclear exactly when that policy will go into effect.

Visitors from France, Germany, Spain, the UK and the Netherlands must be tested upon entry to South Korea. The country has also banned entry to anyone who has been in China’s Hubei Province in the past 14 days as well as passport holders from that region.

Korean visas issued by the Wuhan Consulate are also invalidated, as are visas issued to Japanese nationals at the Korean Diplomatic Missions in that country before March 9. (The new visa rules do not apply to airline crew.)

Saudi Arabia expanded its travel ban just hours after Trump made his announcement on Wednesday evening, expanding their country’s ban to all travel to and from the European Union and 12 more countries: Switzerland, India, Pakistan, Sri Lanka, the Philippines, Sudan, South Sudan, Ethiopia, Eritrea, Kenya, Djibouti and Somalia. Saudi citizens who are currently abroad in any of those countries have only a 72-hour window to return or risk being shut out. Saudi Arabia also closed its border with Jordan, only allowing commercial freight vehicles in.

Malaysia has instituted a ban on travelers arriving from affected areas of China, Korea, Japan, Iran, Italy and Denmark. In addition to barring entry from all foreign nationals arriving from those areas, all Malaysians coming back from trips to any of those countries are required to self-quarantine at home for 14 days after returning.

Citizens of those countries could previously use their passports to apply for a VoA upon arriving at Thai immigration checkpoints, but under the new measures, travelers arriving in Thailand must apply for visas in advance and travel with a medical certificate proving they are free of coronavirus.

Russians returning from China, South Korea, Iran, France, Germany, Italy and Spain must self-isolate for 14 days upon their arrival. The country alos announced it will be suspending tourist visas for Italians beginning on March 13.