It’s a geographic menagerie of biltong, birria and bratwurst.

To keep tabs on every Texas restaurant and bar opening is folly. But to keep tabs on the most worthy? Yeoman’s work, and we’re proud to do it. Thus we present Table Stakes, a rundown of five must-know spots that have swung wide their doors so far this year. Let’s eat.

There were plenty of reasons not to open a new restaurant at the beginning of this year, but fortunately, enterprising parties continue to give us shiny new places to eat and drink. All we have to do is support them — which should be easy, as newly christened spots range from gilded steakhouses and Tex-Mex to sushi tacos and a biergarten co-signed by a real Bavarian prince. Here’s a five-pack of the most exciting new restaurants to eat at right now.

You’re here because: It’s helmed by chef Tim Love, a Texas icon whose restaurants include Lonesome Dove, Gemelle and Love Shack. His latest venture is a colorful Tex-Mex joint named Paloma Suerte, which is located in the Stockyards’ historic Mule Alley.

You’re dining on: Sizzling fajitas, bacon-wrapped jalapeños stuffed with brisket and cheese, and classic dishes like enchiladas. But also birria tacos (short rib, Muscovy duck or Texas goat) cooked tableside in a cast iron skillet, and queso that can be customized with a dozen toppings. The 32-seat bar is slinging beers, ranch waters, and 10 different frozen margaritas, so you’ll always have something new to try.

You’re here because: It’s a fresh take on traditional Texas cuisine from Underbelly Hospitality’s Chris Shepherd and Nick Fine. Live fire is a key element here (the grill was designed by Austin BBQ wizard Aaron Franklin) and many of the menu ingredients are sourced from neighboring vendors at the Houston Farmers Market. The interior is a casual, comfortable ode to the state, with antique-style schoolhouse lighting and walls adorned with Stetson hats.

You’re dining on: Texas-inspired cuisine with roots that range from the Gulf to the Panhandle. Expect shrimp corn dogs, wagyu chicken fried steak, crispy pork shank, and seasonal vegetables that are flash fried and tossed in mole. There’s plenty to drink, too, including craft cocktails, ice-cold beers, and a solid wine list. Don’t miss the Chilton, a refreshing Texas classic that merges vodka with lemon, salt, and soda.

You’re here because: This modern steakhouse builds on the traditional steakhouse menu with South African-inspired dishes pulled from owner Richard Ellman’s roots. The handsome 4,000-square-foot restaurant has a spacious dining room and bar, plus a semi-private chef’s table and a large patio. Named for the University of Witwatersrand, where Ellman’s mother went to school, Wits is decked out in gold accents as a nod to the massive South African mines that at one time provided the majority of the world’s gold.

You’re here because: This old warehouse has been rehabbed into a brewery and biergarten specializing in German food and drink. The outdoor space seats 400, so you’ll have some elbow room to hoist steins. And, no joke, one of the partners is Konstantin Prinz von Bayern (aka Koko), a real Bavarian prince.

You’re dining on: All manner of sausages, from bratwurst and currywurst to rabbit-rattlesnake sausage, plus classic schnitzels and wood-fired meats, like pork shoulder and a half chicken. To drink: beer, lots of beer. Choose from the house-brewed pilsners and lagers, or opt for about 40 other German and not-German beers. To fully embrace the theme, throw in a glass of schnapps—they’ve got 14 of them.

You’re here because: Anyone who’s ever been to Austin knows that sometimes the best food comes from a truck. After experimenting with an in-home omakase service for the past year, chef Michael Carranza started Texas Sushiko, a hand roll truck parked in the yard at Texas Saké Company.

You’re dining on: A tightly curated menu of open-face hand rolls — or “sushi tacos” — stuffed with bluefin tuna, salmon, king crab, pork belly, or oyster mushrooms. If you want a salty snack, you can also score some edamame or, even better, a tin of Black River Russian Oscietra caviar served with sour cream and onion Pringles. This probably goes without saying, but you should get some saké, too. 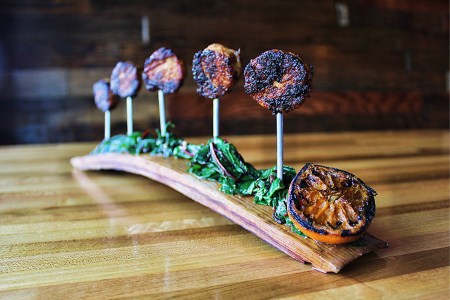 You Can and Should Make These Bourbon-Braised Pork Belly Lollipops 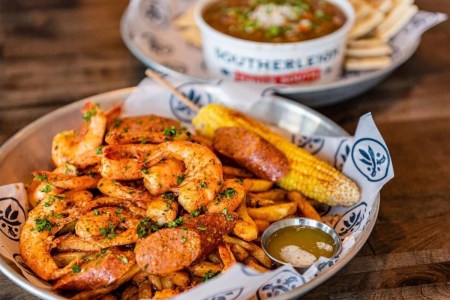 How to Make a Pro-Level Shrimp Boil at Home 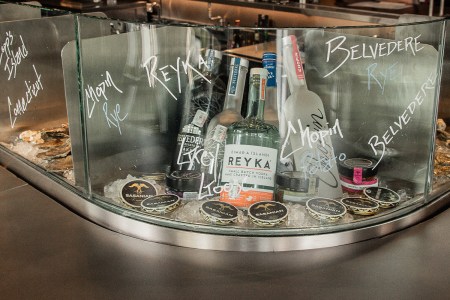 The 6 Best Texas Restaurants That Opened in April