The series doesn't get remembered like Don Draper and company, but it's worth revisiting

Fifteen years ago, AMC premiered a little show called Mad Men, a drama set in 1960s New York about a somewhat mysterious ad executive, Don Draper, played brilliantly by the handsome and charming Jon Hamm. Maybe you’ve heard of it, as it’s often considered one of the best TV dramas in television history alongside other AMC productions such as Breaking Bad, Better Call Saul and The Walking Dead. Mad Men will be considered AMC’s legacy during that golden age of cable television programming, but another show deserves to be put on a pedestal above Mad Men. That show is Halt and Catch Fire.

Taking its title from programming code that, when executed, would crash a computer’s CPU, ultimately causing it to overheat, Halt and Catch Fire focuses on the personal computer boom of the mid-1980s up to the early days of the internet in the early ’90s. A drama revolving around the evolution of computer programming might not sound as sexy on paper as a womanizing ad executive being a cool jerk all the time. Still, as you dive into the world of circuit boards and dial-up internet, it’s actually quite exciting.

The show moves quickly, much like the industry it’s covering, and since the story extends from the ’80s into the ’90s, the writers and creators captured how the “Silicon Prairie” of Texas factored into the advancement of the personal computers we use every day. You see the world of tech constantly changing, companies all competing to be the first to release the newest technology like they’re trying to see who can land on the moon first. Another thing that sets the mood is the phenomenal soundtrack that features a plethora of punk rock, New Wave and indie rock with more modern songs influenced by the roaring guitars and plethora of synthesizers. It’s hard to imagine why it’s a show that you don’t hear recommended when people are looking for an excellent series to dive into. While it’s possible that the subject matter caused viewers at the time not to give Halt and Catch Fire much of a chance, it’s the cast that always makes it worth revisiting.

The show begins with Joe MacMillan, played by the always stunning Lee Pace, an ideas man not entirely unlike Don Draper. He’s slick, intelligent, manipulative and cocksure, a man who sees a future in technology that so many businesses at the time were hesitant to jump into. He’s the type of guy who can talk himself into a boardroom and sell a product to an executive before what he’s selling even exists. If the show were set in 2022, Joe would have started pushing companies to join the Metaverse five years ago. Joe is excess and is most often represented by New Wave bands and ’80s one-hit wonders. Joe’s main character flaw, which gets him in the most trouble, is his arrogance. Pace plays Joe as a character who always wears a mask, keeping his personal life and past separate from his closest friends. He’s the type of man who would rather watch the world burn than being proven wrong. When we meet Joe, his reputation as a former salesman for IBM follows him wherever he goes until software company Cardiff Electric gives him a chance.

Joe soon crosses paths with stubborn engineer Gordon Clark, portrayed by Scoot McNairy (whom you may have recently seen alongside Joaquin Phoenix in the acclaimed C’mon C’mon). Gordon is a family man unhappily saddled with a desk job at Cardiff when he dreams of launching his own personal computer, along with his brilliant wife Donna (actress Kerry Bishé from Argo and Super Pumped), goes up in smoke. Gordon gets caught up in Joe’s fast-talking, whirlwind energy and finds himself reverse engineering IBM computer code, so they build their own machine to pitch to Cardiff. Of course, the shit hits the fan when IBM finds out and puts Cardiff on the hook for Joe’s plan. To try and clean up the mess he’s made, Joe enlists the punk rock-loving programmer prodigy Cameron Howe, played by Station Eleven star Mackenzie Davis in her first breakout role. Cameron’s rarely seen without headphones around her neck, blaring classic punk tracks from bands like X-Ray Spex, Hüsker Dü, Wire and The Clash. Cameron’s behavior is often erratic, fitting her on-the-nose DIY aesthetic; she often lets her frustrations guide her actions, rejects corporate life and spends a long time trying not to fit in. The combined talent of these computer buffs and the business savvy from MacMillan drive the series through the actual advancements in the early days of the tech industry.

In season 2, Cameron and Donna go into business together to start an online gaming community called Mutiny, which essentially becomes a template for what social media has been for the last 20 years or so. While their management styles often clash, the duo bonds together most often to combat the sexism they face when navigating in the tech world. Feminism is a key theme that runs through their storylines, and while it isn’t the same level of bullshit many of the women on Mad Men go through as they fight their way to the top, it can be seen as a parallel between the two shows set decades apart.

The cast also includes Toby Huss (King of the Hill, The Righteous Gemstones) as the lovable and scrappy John Bosworth, an old-guard executive who risks it all for believing in the future of technology. Boz becomes more than a boss to the group; he grows into a kind-hearted mentor who would give you the shirt off his back if you needed it and who can handle all the wheeling and dealing that comes with salesmanship. He develops a father figure relationship with Davis’s Cameron when she needs guidance, and he looks after her when she gets in over her head later in the series. He represents a lot of the heart at the show’s core, as he tries to remain the neutral party in the drama that unfolds between Gordon, Donna, Joe and Cameron. It’s Toby Huss’s most emotionally complex role throughout his career, and Boz is the character that’s the most fun to watch develop. It’s devastating that the performance didn’t win him awards and greater attention.

As the show progresses, each character goes through varying degrees of success and failure, which causes rifts within their relationships. Joe’s constant transformations see him morph and get married, and when that falls apart, he becomes a Steve Jobs-type of anti-virus software guru. He remains a mystery in most ways, but we see more of his life peek through. By season 3, we’re at the height of the AIDS epidemic, where Joe’s bisexuality is revealed after his partner tests positive, and he has to confront his mortality while also experiencing the death of his protege. We see that he’s human underneath the mask he wears and has feelings even though he constantly makes the wrong moves and sabotages his closest allies. Lee Pace is an emotional powerhouse throughout the series. He plays Joe MacMillan as a guy you love to hate until you eventually see how many layers he allows his personality to be peeled back and find the core to his happiness.

While the show was critically acclaimed enough to net four seasons, it was never a big hit with the public. There wasn’t a rush of interest in iconic ’80s fashion from the “dressed for excess” decade being highlighted in magazines like the dapper 1960s business looks of Jon Hamm or Elisabeth Moss were. People weren’t laying out lines of coke instead of shaking up martinis in front of their bar cart (or were they?). Maybe the world of computer programming didn’t seem sexy enough to pull numbers like Mad Men, which is entirely understandable, as computers aren’t very suave or sexy. Still, screens are at the forefront of our lives in 2022. Halt and Catch Fire tells a fictional version of how we ended up this way, and it’s a period piece worthy of revisiting. 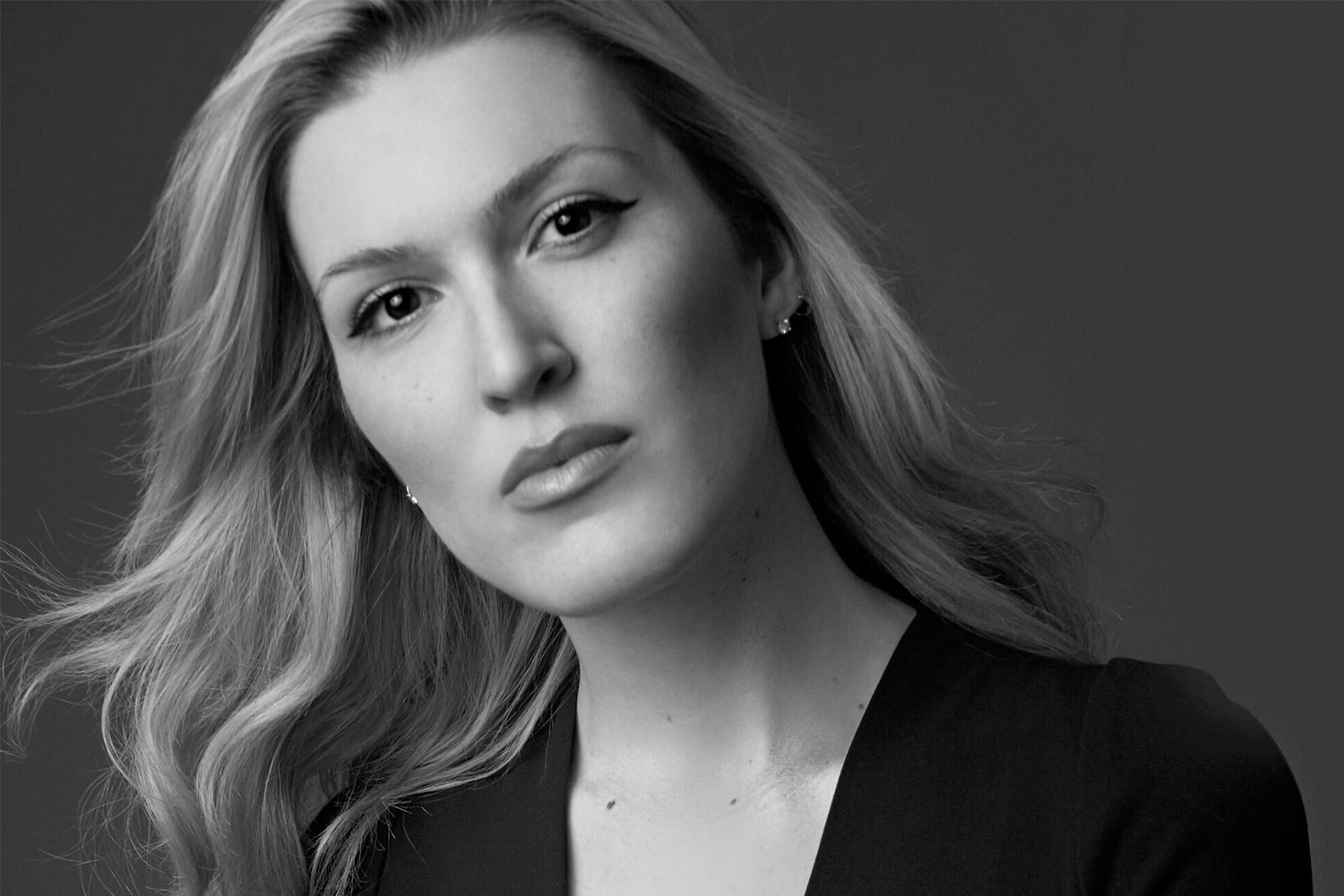 Olivia Nuzzi Is Developing a “Satirical DC Drama” for AMC 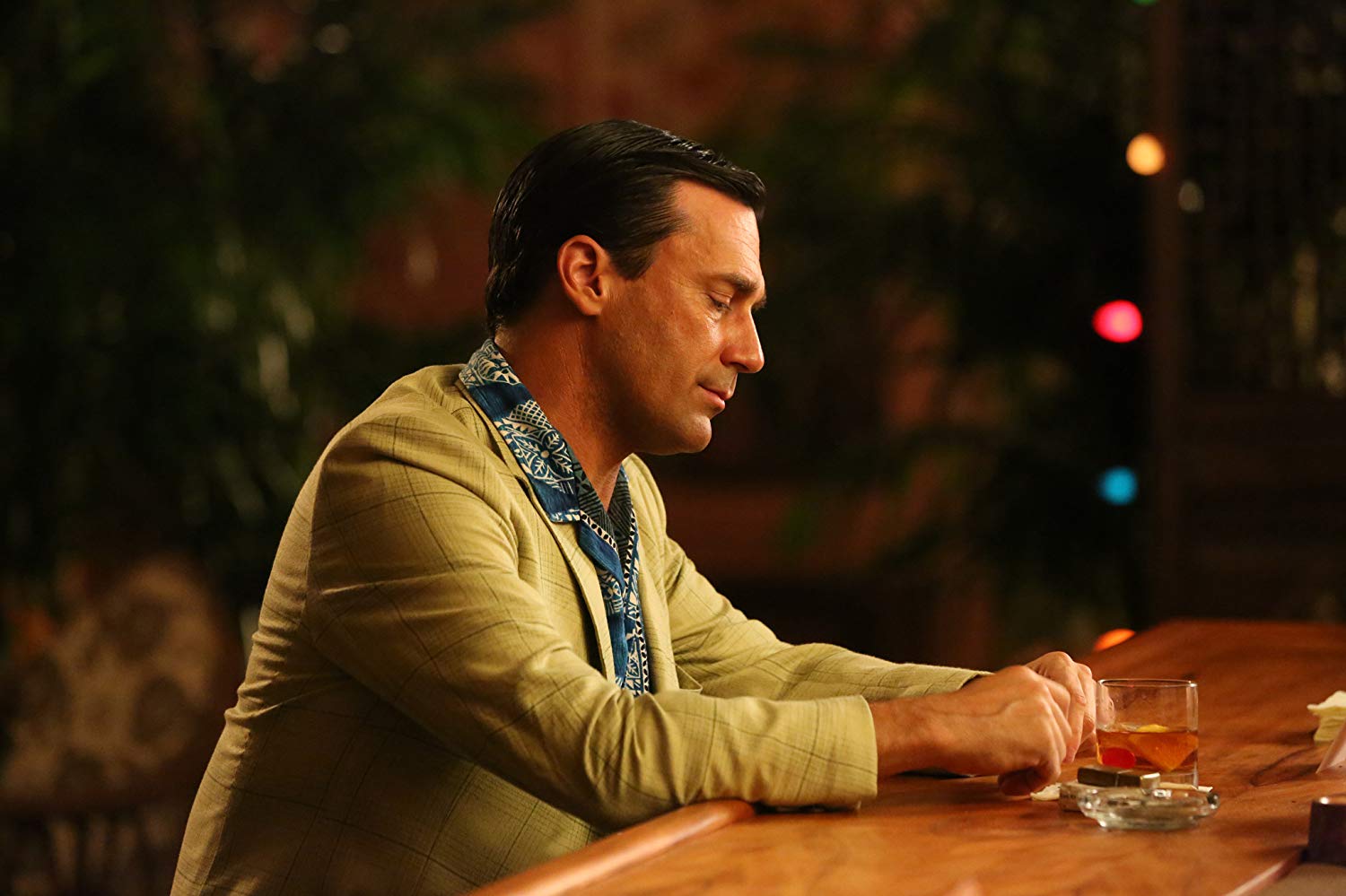 ‘The Walking Dead’ Creator Exits AMC to Move to Amazon