Hansen is the host and producer of the forthcoming series "The Ride That Got Away."

Hansen, the author of The Garage Girl’s Guide to Everything You Need to Know About Your Car, has been a staple of automotive television since getting her start as the co-host of TLC’s car-makeover show Overhaulin’.

From there she went on to host TLC special such as Rides: Biggest Spenders and Million Dollar Motors as well as take center-camera for programs on Spike TV, NBC Sports, and CBS Sports. 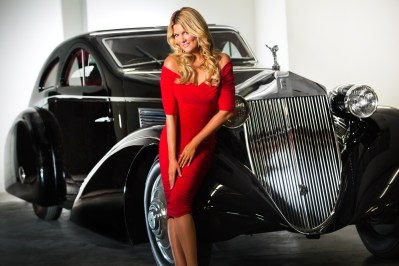 Now Hansen, whose father won 27 national championships in SCCA racing, has moved on to a new project called The Ride That Got Away which will premiere on History Channel this month.

While also serving as executive producer of the new series, Hansen is a co-host of The Ride alongside world-renowned car designer Troy Ladd. On the show, which airs for the first time on January 26 and 27, Hansen and Ladd repair, restore and re-imagine a favorite car that got separated from its former owner somewhere along the highway of life.

Once the car has been brought back up to snuff and made even better with the latest bells and whistles, Hansen and Ladd present it to the former owner. And, since car submissions are made by family members unbeknownst to the ex-owners, the surprise factor is very, very high.

With shooting wrapped on the first season, Hansen had some time to talk to RealClearLife about the show, her favorite rides, and being a woman in a male-dominated industry.

Where did the concept for the show come from? 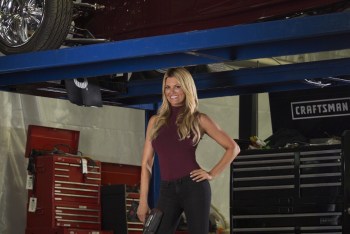 “Other shows have been done about people making over a car that they own, but what about the people who have to say goodbye to a car that they love and want to get it back someday? I just thought about that for a while. and created this concept based on that idea. I dreamed of working with Troy and brought the concept to him. He loved it and had been thinking of something similar so we were right on the same page.”

Is the concept of “the one that got away” something everyone relates to?

“I believe everyone has a ride that got away. Everybody has a car, if they care at all about them or has a special time in their past with a particular model, that they feel a special connection with. If you really love cars that connection runs even deeper. Having to say goodbye to a car, be it our first or our favorite, is a big deal. That’s why we are reuniting the most-deserving people with their beloved ride that got away.”

How did you decide whose story was worthy enough to make the show?

“We put out a call for stories on social media and had an insane amount of submissions within an hour. Then we just went through them and tried to find the most compelling stories as well as select a variety of cars. We also had to find cars that were the least rusted out because in some cases they were beyond repair. Rust is the enemy. We had to make sure it was something we could work with.” 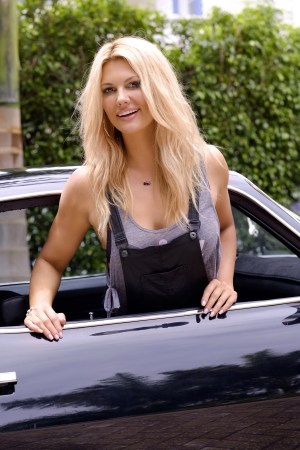 What’s been the most rewarding part of the show so far?

Did you have a favorite from the season?

“Every single one is different. There’s a muscle car, a performance car, a custom model, an off-road vehicle, etc. Because I have always wanted a 1966 Chevrolet C-10, I would say that’s the one I’m gravitating toward. I always have wanted one and what Troy did with it was insane.”

What was your personal ride that got away?

“My first car was a 1990 Camaro so I guess that’s mine. But for me, it’s almost like ‘the ride that hasn’t been yet’ like a ‘68 Charger or a ‘71 Hemi ‘Cuda. Those are rides that haven’t been yet that I would love to make happen. I have a 1957 Thunderbird, a Camaro that’s a lot of fun that I’d like to build out and a 1970 Ford Mustang Mach 1 that I got from Funkmaster Flex. I also have a 2006 Aston Martin DB9 convertible and a Range Rover Sports that’s supercharged which is my baby-friendly car.”

As a woman working in a male-dominated industry, have you had any issues? 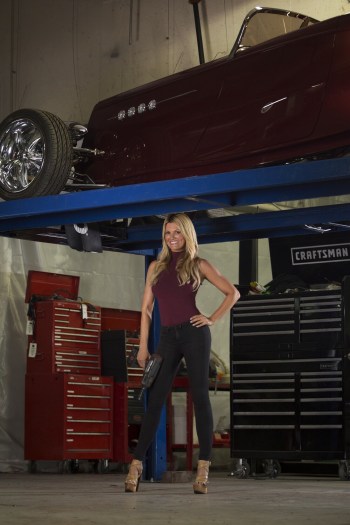 “In the beginning, it was hard because when I first came out on Overhaulin’ there hadn’t been a female on a TV show like that and I took a lot of flak from people going after me on blogs and social media. It was tough. But very soon, I proved that I knew what I was doing. I grew up in an automotive family and we owned a speedway in Minnesota. I hung out in the garage my whole life with my dad and the mechanics. People realized there was a pedigree there and that I had some knowledge very quickly.”

And the crew on this show gets along well?

“There’s no chauvinism and there’s this amazing camaraderie. Troy and the build team are so supportive and they completely embrace me and give me things to do. They trust me. There’s a lot of support and I love that. I really don’t encounter any chauvinism anymore and I think it’s wonderful that we’ve gone in that direction and that men are actually enlightened enough to embrace women in the garage and on the racetrack.”

Is that an example of the times changing or guys realizing what women can do?

“I think it’s a combination of the two. I think have started to realize there’s no reason to be intimidated. I think they find it sexy and kind of love that women want to dive into that male-dominated space. They love to see women empowered in that space.”

Any advice for women trying to follow in your footsteps?

“Yes. You can do absolutely anything you put your mind to. That was my attitude when I moved to Los Angeles and I did it. And I did it the ethical and moral way without being an opportunist just by working hard and persevering and staying focused and not getting lost in a world of partying and craziness like a lot of people do. Anything is possible if you keep your focus and work hard, and keep a good attitude.”