A gamer tests out Playstation VR (Virtual Reality) on the Sony PS4 on in Birmingham, England. The UK Gaming Industry contributed more than 1 billion to the UK's GDP in 2013 and estimates now put it's worth at nearer 1.72 billion. (M Bowles/Getty Images)
By Matthew Reitman 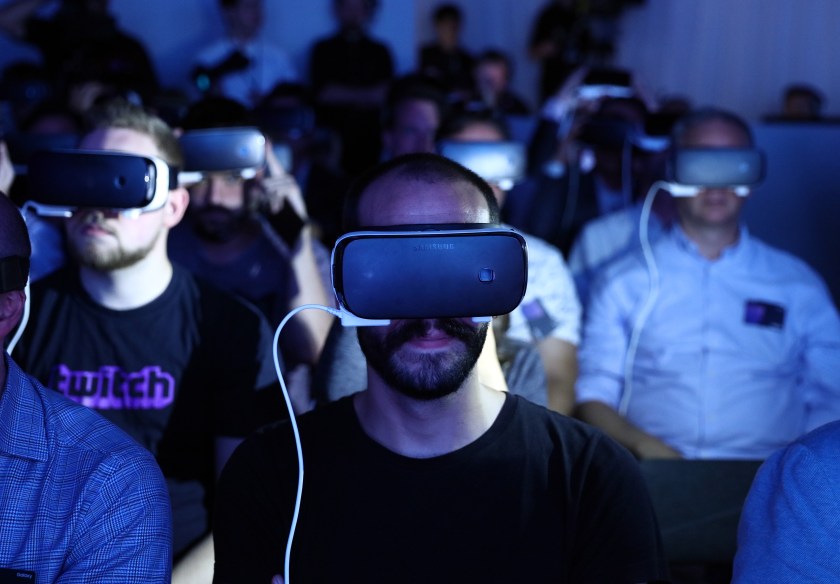 Visitors wear Gear VR 4-D Experience headsets with the Galaxy Note 7 smartphone during a Samsung Electronics Co. ‘Unpacked’ launch event in London on Tuesday, August 2, 2016. The South Korean company announced the latest iteration of its large-screen smartphone with the 5.7-inch Note 7 that can be unlocked with an iris-scanning camera. (Chris Ratcliffe/Bloomberg via Getty Images)
Bloomberg via Getty Images

The third annual Oculus conference saw the pioneering virtual reality company present a vision for its future in the face of competition from Google Daydream, PlayStation VR, and the HTC Vive. Even now, with the Oculus Rift selling for $599, the company finds itself in an increasingly competitive environment.

The crowded marketplace might be easier to navigate if all the devices did the same thing, but that’s not the case. Suffice it to say, the DIY-like Google Cardboard isn’t as immersive as the company’s latest offering, the Daydream. RealClearLife has discussed the best VR games in the past, so now we’d like to talk about the different platforms those games are played on.

Korean manufacturer HTC partnered with PC gaming giant Steam to produce April’s top-end, $799 HTC Vive, which offers superior technology for room-scale tracking. Using a laser-tracking system that lets you walk around a 15-foot-by-15-foot room, the Vive provides the most freedom of any VR headset while still warning you of impending collisions.

HTC launched their virtual reality app store for their headset Vive in September.

This month, Sony entered the market with its offering, the PlayStation VR. It’s not as sophisticated as either the Oculus or Vive and uses six-year-old PlayStation Move controllers, but only needs a PS4 Camera; a PlayStation 4 ($299, or a $399 PS4 Pro); and someone to plug them all in. While the controller tech may be slightly outdated, it offers another immersive level within the virtual experience, allowing you to interact with arms as well. The headset alone costs $399, while it sells for $499 with two Moves and the camera. Even more accessible are two caddies for high-spec mobile phones. 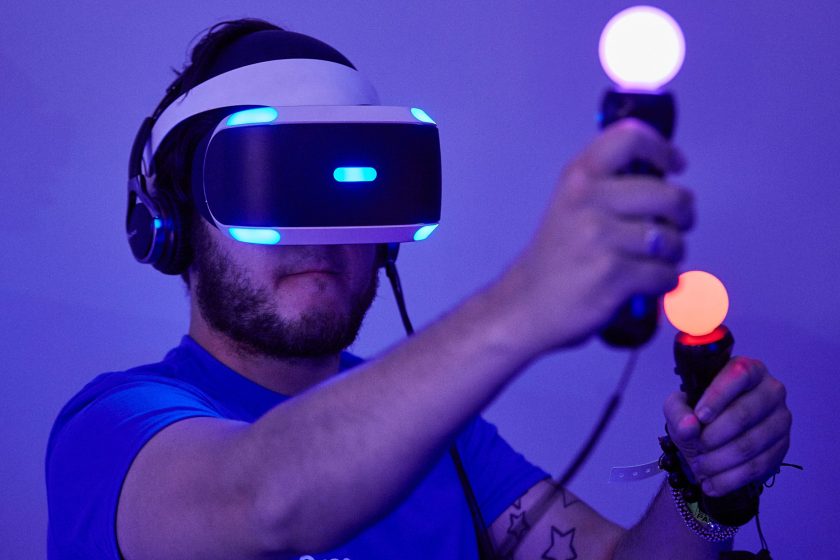 A gamer tests out Playstation VR (Virtual Reality) on the Sony PS4 on in Birmingham, England. The UK Gaming Industry contributed more than 1 billion to the UK’s GDP in 2013 and estimates now put it’s worth at nearer 1.72 billion. (M Bowles/Getty Images)

At $99 (or $59 for the 2015 edition), the Samsung Gear VR works with Samsung’s flagship phones—the Galaxy Note 5 and devices in the Galaxy S6 and Galaxy S7 lines. On the market the longest, the Gear VR is the easiest to get your hands on. Also, one benefit of its dated release is that Samsung has more apps for its device than any other VR offering. The headset contains one of the more advanced controller systems, too. Using a laptop-like trackpad resting on the side of it, users deliver commands with swipes and taps. 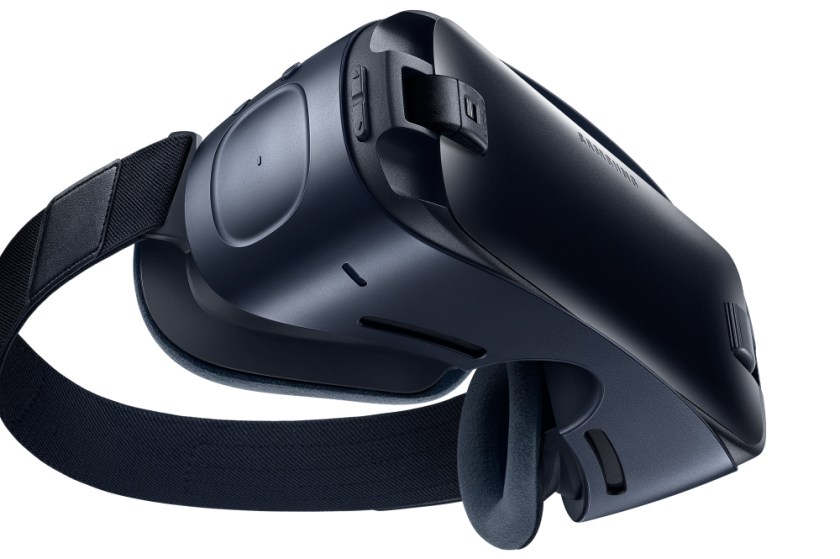 Google’s new $79 Daydream View is due in November for new Google Pixel phones ($649 and up). It’ll also work with upcoming handsets for Google’s Daydream 3-D platform. There could be as many as 50 apps available for the device by the end of this year. With Daydream, users can explore the world via StreetView or dive into their favorite HBO or Netflix show. The headset works in conjunction with a smartphone, which slots into the VR viewer and ships with a sort of remote control that doubles as a motion sensor. This relatively basic headset is considerably less sophisticated than the Oculus Rift or the HTC Vive, but it’s also considerably less money. 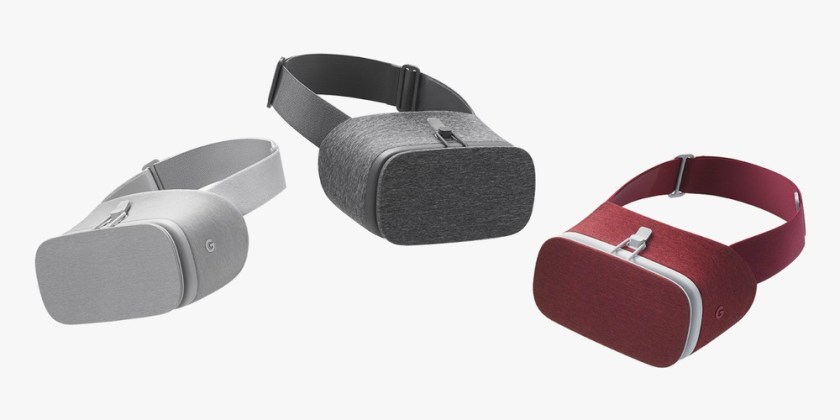 View headsets are made of soft cloth, purportedly inspired by casual clothes. Daydream View bundled with a controller device will be available in November, priced at $79. (Courtesy Google)

With the release of all the new competition, how does Oculus hold up? First, technical advances mean that the original Rift will soon run on less powerful, more affordable computers. As of right now, the best virtual reality experiences require specific hardware that can handle the processing power usually reserved for things like video editing or hardcore gaming. Oculus is partnering with Cyberpower PC on a machine whose $499 retail price is half that of the commonly estimated $1,000 VR-ready PC (Macs are not supported yet). It’s a big breakthrough considering that a pair of Oculus Touch controllers (set to be launched in December for $99) and a second Oculus camera ($79) for room-scale VR would otherwise push the complete Oculus package past Vive’s asking price.

Secondly, wireless, room-scale VR will be standard on a new Rift that is currently in development. Packing miniaturized computer hardware onto the headset’s rear means that there’ll be no trailing cables in sight. There’s no date and no price as of yet but, shown to select attendees at Oculus 3, the “Santa Cruz” prototype represents a step up from high-end consumer VR, with the potential of coupling the performance of a home system with the mobility of a handset-driven setup.

Catering to the tech industry itself is a slew of other VR devices, like the Razer OSVR, which is designed to make life easier for developers making virtual reality software. Leading the pack is Microsoft’s Hololens, which is billed as the first self-contained holographic computer. The headset is sold in two versions: the $3,000 Development Edition and the $5,000 Commercial Suite, which includes better support, as well as added security and device management features for enterprise users. Both are targeted for the development community as Microsoft positions itself to be the favorite platform for gaming companies down the line. —with additional reporting from Relaxnews 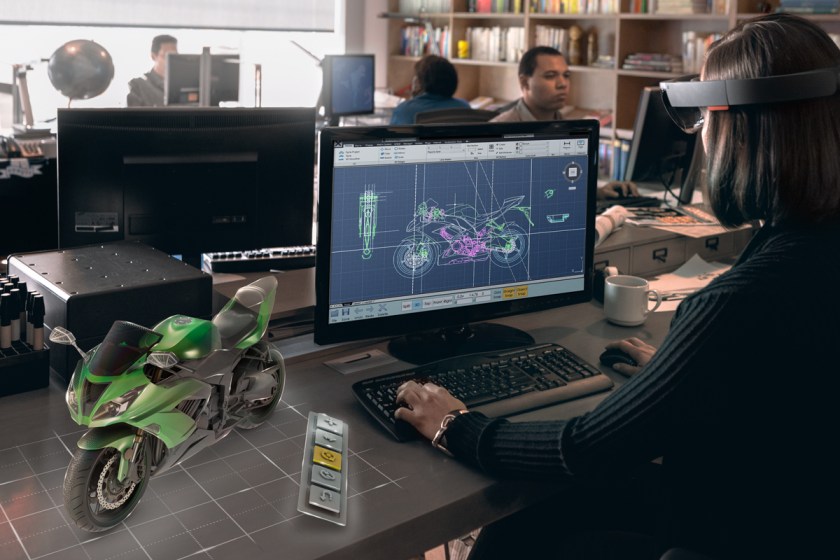 Microsoft has launched its HoloLens mixed-reality goggles in a further six markets this month, following the device’s initial debut across the US and Canada. (Courtesy Microsoft)