"The Sartorialist. India" challenges Western notions of fashion — even though the looks themselves often remain the same

Scott Schuman, the street-style photographer better known as the The Sartorialist, will release his fourth book this December. In The Sartorialist. India, Schuman veers slightly from the well-loved course he’s lain in previous books as well as on his blog, where he documents the arrestingly dressed residents of his hometown of New York and the European fashion capitals he frequents for shows.

While there have always been occasional shoots from further flung locales (Peru, South Africa), India represents a kind of departure for Schuman. Published by Taschen, the book steadies Schuman’s gaze on a country he first visited a decade ago and has been traveling to repeatedly since, sometimes as often as four times per year during the busiest times of filling this book. From Bikaner in the northwest to Thiruvananthapuram in the southernmost bit of India, Schuman manages to capture a theme that bends through every city, every income level, every age: the local people who carry themselves with a steady sense of style and presence.

We caught  up with Shuman while he was on his regular beat in London to talk about his decision to turn to India, and what he hopes his readers take away from it all.

InsideHook: Can you tell me about your first trip to India, in 2008? What took you there and where did you go?

Scott Schuman: In 2008, I went [to Delhi] for fashion week — the Indian fashion council invited me. It was great — overwhelming, but it certainly made an immediate impact.

And how did it progress from that first trip to wanting to shoot a book on India?

I had done two or three trips early on, after [that first trip]. I was ready — you know, it was after my third book — and I realized I didn’t want to do the same kind of book for the fourth one. I just started thinking about what’s out there in the world that I could capture, and that one seemed to me to be the most fun and the most challenging.

I always knew there was something I wanted to explore with my photographs — something that’s more cultural, but also style based, because no one has really done that in a real way for any period of time. Well, I don’t think that anyone has really mixed cultural and fashion like that, actually.

When did the process of shooting the book start?

I decided to do it five years ago now. I started doing it first on my own — I didn’t want to go sell the idea and then take a chance that it would work, I wanted to know that it would work. So I took a chance on myself and just started shooting it and luckily we got quite a few offers to publish.

And when you say it seemed like the most challenging place to choose to shoot, what were some of the biggest challenges of shooting in India?

Well the shooting part was not that difficult. You know, I’m good at non-verbal communication, which helps [when there’s a language barrier]. But the tricky part was that I wanted to have a mix of people. Usually when you see stuff about India, everyone looks very poor and very desperate and everyone’s doing yoga and [you see] a lot of temples. And the India I was in was quite a bit different, you know going to events and fashion week and such. So I thought it would be a great idea to do a book where it really kind of mixes the two and shows a greater diversity of the country. And the other hard part was just getting good guides that didn’t just take me to the same places all the time, the same tourist sites.

Bandana Tewari’s introduction addresses this, but I’d love to hear how you approached shooting a brown country as a white man.

I think if you actually really look at my work, already you know I’ve shot all over the world. People notice what they want to notice. So people will look and say, “Oh this is your first time shooting something besides Fashion Week,” but if you look back at the first book from 2009, there’s India in there, there’s Japan and my last book has South Africa and Peru too. So I don’t know … I didn’t find it a challenge as a white man to shoot there.

I think in this day and age, when people are so separated and creating such boundaries for each other, I wanted to use this as a chance, a little bit selfishly, to go learn about another culture. To learn about this region versus that region, that tribal area versus this tribal area. I think when you go in with a certain amount of sincerity and curiosity, I think that trumps any kind of background you have.

But, I don’t know, I guess that’s up to the viewer whether or not I accomplished that.

When I first saw the book, I was surprised by a picture of a woman on one of the first pages — it’s a black and white image, but you can tell that she has an ambiguously medium tan. She could be in Milan — she has a Chanel purse over one shoulder, a cell phone and a latte in hand, strappy heeled sandals. That ambiguous modernity isn’t always what the western eye wants to see from South Asia. Have you found that?

I started publishing some of the photos on Instagram to promote the book, and always the ones that get the most reactions are the kind of “typical” India shots. If a person looks too western, or too modern, it doesn’t get much of a response. One of the best compliments I got was when I was selling the book to publishers, and when I was showing this one particular publisher the book, he said “I don’t get this, there’s a bunch of pictures of India, and then there are a bunch of pictures that look like you shot them in New York or something,” and I said “well exactly, places like Mumbai or Delhi are just as modern or cool as anywhere else.”

Is that what you’re trying to tell with this book?

Well, that’s what makes the book different — it will hopefully challenge the idea of what India is, or, I should say, what India is becoming as India’s middle-class grows. I think in every society, that is where most of the creativity comes. Where you can’t afford everything. so you need to make smart decisions on what you want to buy and how you want to mix it. It’s changing so quickly, that you know 30 or 40 years from now you might see the modern looks, but you won’t see the more simple looks. 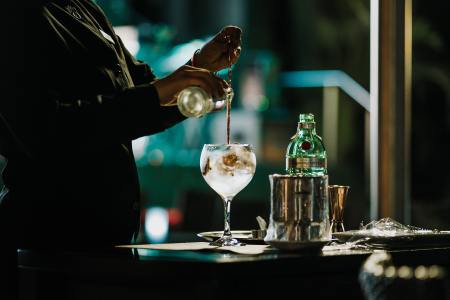