In the past few months, we’ve all done things we could have scarcely imagined doing less than a year ago. To take one extremely trivial example from my own life, I purchased an adjustable cotton-twill cap commemorating the 2020 Newport Bermuda Race, an event that isn’t taking place this year and that I wouldn’t be attending even if it was.

I’d just recently shed a decades-long aversion to baseball caps, and as I searched for brimmed head-coverings to shield my Slavic nose from the sun, I was drawn to what we might call “souvenir” caps: curved, adjustable hats commemorating a visit to a destination, attendance at an event, or membership in an organization or club.

While authenticity has a nice ring to it, we’re living in an age of travel restrictions, canceled events and social distancing — not to mention that young people are less likely to be members of anything, even pre-virus. With that permission slip in mind I purchased my hat, imagining an afternoon spent with a Dark-and-Stormy-swilling crowd and not alone in my apartment.

Had I held out for just a few more days, I would have noticed a brilliant workaround from eclectic menswear brand Drake’s. This June the UK-based maker launched a collection of six-panel corduroy ball caps that signal membership in such institutions as the “Haberdasher Horticultural Society” or the “Chard Racquets” badminton club — neither of which exist.

As is often the case, there’s a nugget of truth behind each fiction: the brand’s HQ sits on London’s Haberdasher Street, and its shirt factory is located further south in the town of Chard. But by design, both hats remain proudly phony. As for the appeal of wearing imaginary club gear, Drake’s creative director Michael Hill cites nostalgia.

“Those membership hats feel like something of a relic from another time,” Hill says. “Perhaps people belong to fewer societies these days, or those societies aren’t giving out hats anymore, who knows? But there’s something really charming about the style, and we wanted to emulate it. The fact that these particular clubs don’t exist just adds to the enjoyment.”

Drake’s is not the first brand to sell merch for unreal orgs. Firstport makes the sort of comfortingly drab hats you might encounter in a college bookstore, branded to generic-sounding yet non-existent entities like “The Hamptons Sport Club” or the “Calabasas Social Club.” And among the self-described “dad hats” sold by Rowing Blazers (which also carries Firstport’s apparel) are caps that imply affiliation with “The Archaeology Club” or the “Byzantine Art Club” (both are currently sold out, but will be re-stocked in the future).

“I really can’t bear phony-baloney nonsense on apparel. I love Ralph, but I can’t stand the stuff that says, ‘Ralph Lauren Rowing Club 1st VIII Varsity 1933-36’ or whatever,” Carlson tells InsideHook. “What is that? To me, two things are much cooler: one is wearing a piece of clothing from a real club, team, university, etc., whether it’s vintage or new, and whether you’re a member or not. The other is wearing something from a ‘club’ or organization that is so vague, or so obviously made-up, that it’s funny. Much funnier, cleverer and more ironic, to me anyway, than if we said something like ‘Rowing Blazers Polo Club 1956.’ That would be pretentious and inauthentic in all the worst ways. But a hat that just says ‘Archaeology Club’ has a sense of wit and humor. It’s not an ad; it’s a joke. It’s not expected, it’s weird. It’s not pretentious, it’s friendly and fun.”

But not all Rowing Blazers caps veer on the fantastical: the brand also sells souvenir-style hats dedicated to such nonfictional places as Harry’s New York Bar or events like the Annapolis Cup. And who can argue with a hat asking “Tennis Anyone?” Despite their real provenance, Carlson believes they can be worn in the same manner as those caps that are wholly invented.

I love Ralph, but I can’t stand the stuff that says, ‘Ralph Lauren Rowing Club 1st VIII Varsity 1933-36’ or whatever

“I don’t think it matters. I’m not a snob. Not everyone can afford to go to Paris and that’s okay. I wanted to go to the Annapolis Cup for years and couldn’t go because of my work schedule. I think what’s important, if you’re going to wear the hat, is knowing about these things, learning a little bit. With Rowing Blazers, we always try to tell the story, because there almost always is a story behind everything we do.”

While the caps from Drake’s and Rowing Blazers center on the specific, another tell of the souvenir cap is simply conveying a mood or message via text. Menswear consultant Lucas Nicholson, who goes by the handle @a_novel_idea on Instagram, launched a collection of caps last month that pay subtle tribute to an event that is real but won’t be attended by anyone in 2020: Pitti Uomo.

“Anyone who goes to Pitti knows the social side is as important as the actual fair. It is a chance to see people from all over the world who you haven’t seen for six months. Off the back of its cancellation, I wanted to create something to celebrate the things I enjoyed at Pitti, and to share that with others that were perhaps feeling the same way,” Nicholson says.

What Nicholson misses in particular is Florentine hospitality: alongside tees depicting pasta or meat courses are caps whose collective text spell out a whole night of imbibing, Italian-style: “Aperitivo Hour,” “Spritz,” “Negroni,” “Limoncello” and “Grappa,” among others.

“I have always been a fan of collecting souvenir caps, having a wearable postcard. They are fun, irreverent and inexpensive. They have a universal appeal,” he says.

As a longtime Campari appreciator, the Negroni hat seems pretty tempting. But would scooping one up mark me as a Pitti poser? Ultimately, I think not. In a time that’s put much of our lives on hold, I’m just as likely to be elected treasurer of the Haberdasher Horticultural Society as I am to cheer at the Annapolis Cup.

So, bring on the souvenir caps, real and fake. And with time, perhaps they’ll become mementos of what I hope is the strangest year on record. 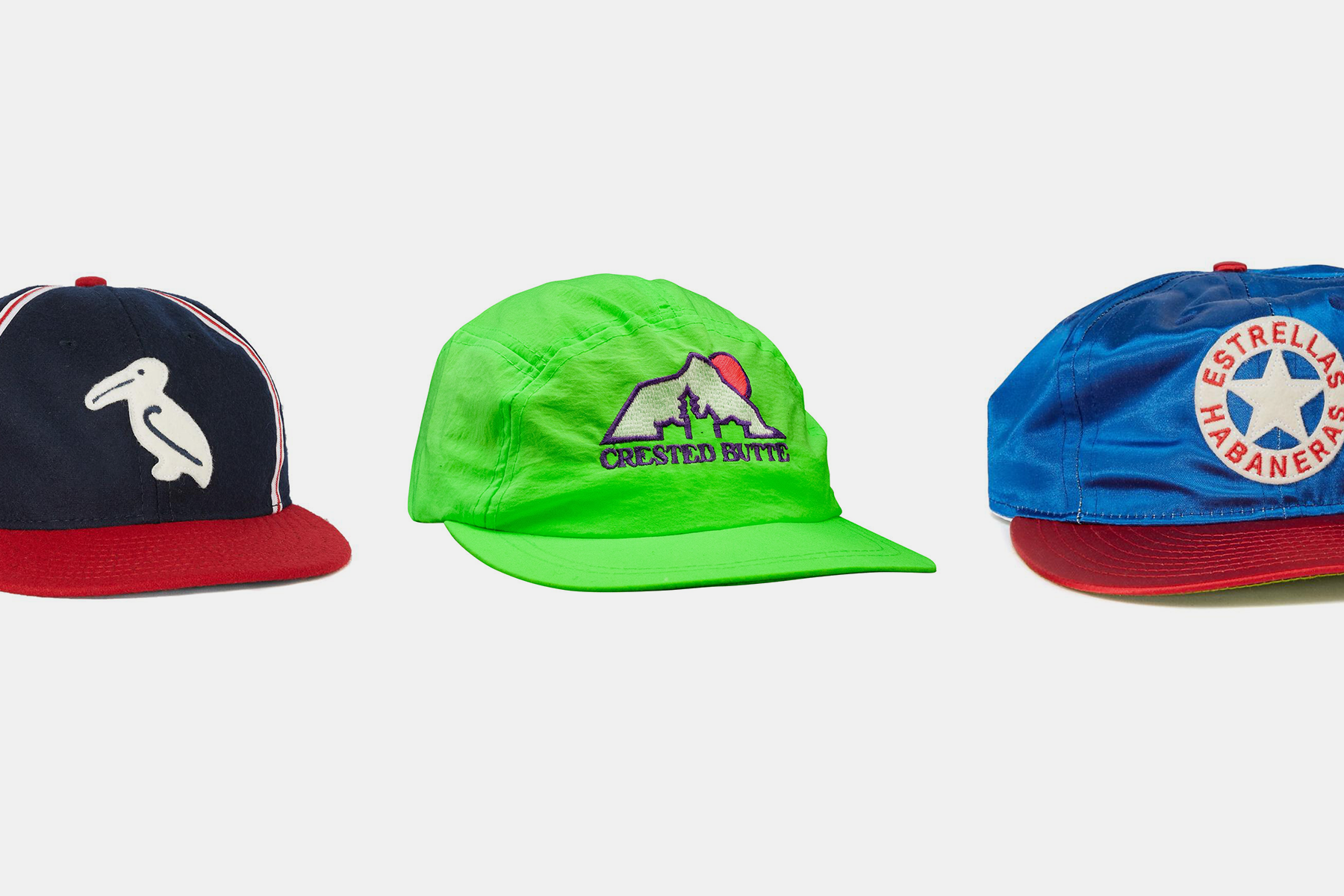 The Best Vintage and Retro Ballcap Shops on the Internet 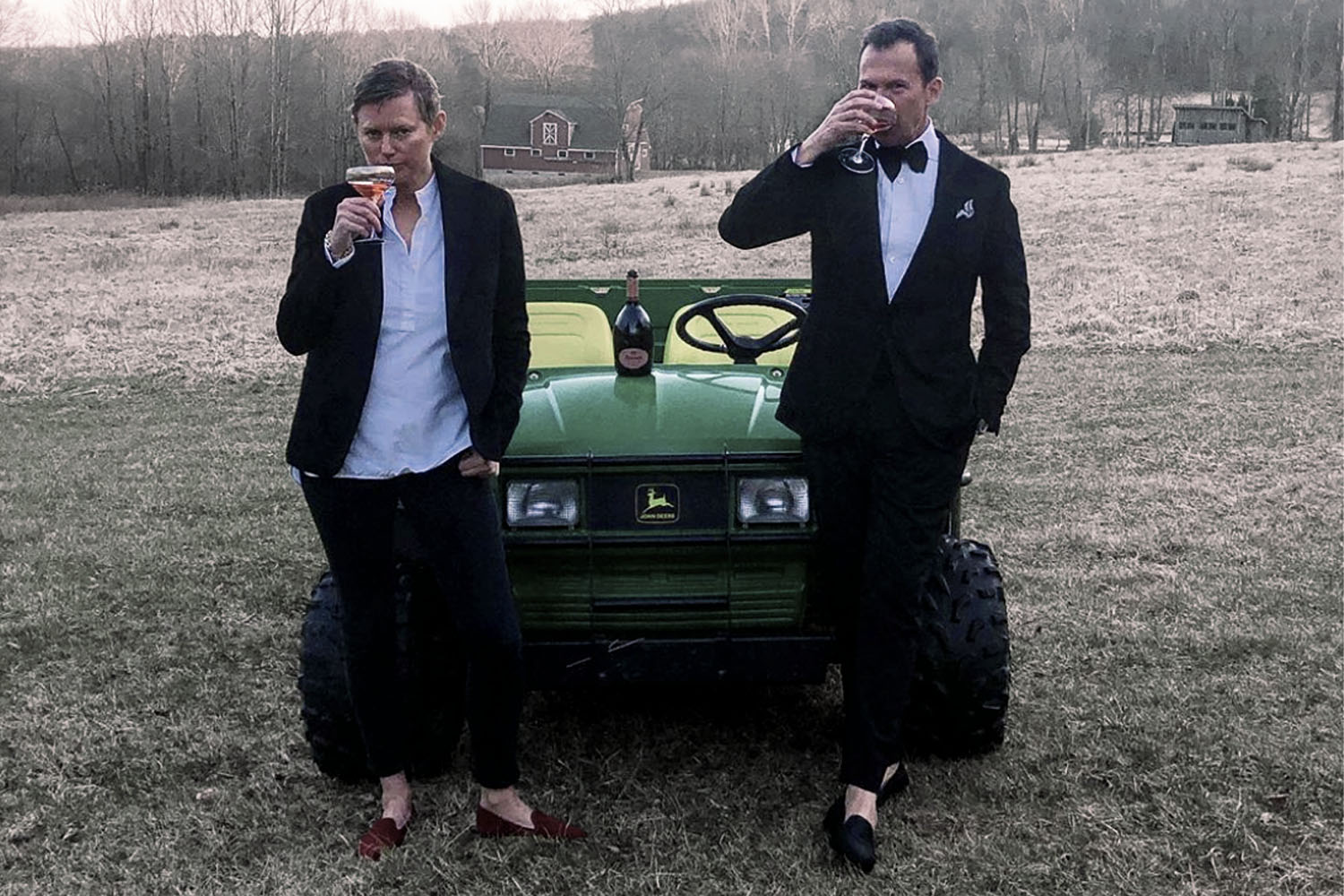 Quarantine Is the Time to Add More Colors to Your Wardrobe