Last Tuesday, it was announced that sister retailers Need Supply and Totokaelo would be shuttering, two more casualties in the retail sphere as a result of the COVID-19 pandemic. The announcement came via the two brands’ parent company, NSTO, which describes itself as a “fast-growing, privately-held fashion tech company.”

The stores share a similar history in that they both grew from small, local brick-and-mortar boutiques into larger operations. They originated independently of one another, then merged in 2016.

Need Supply, founded in 1996, began by selling vintage Levi’s out of a Richmond, Virginia, storefront, eventually expanding their offerings to include clothing and accessories for both men and women by a range of designers, as well as lifestyle and home goods, establishing a web store in 2008. Totokaelo was born in Seattle from the mind of Jill Wenger, who sought to establish a shop that reflected her own avant-garde mode of dressing. Eventually the store grew to include an outpost on Crosby Street in New York as well as an online platform. Wenger sold the store in 2016 to Herschel Capital Corp. (now known as Cormack Capital), and the company merged Need Supply and Totokaelo as part of the acquisition deal.

The closing of retail stores amid the pandemic has become crushing, if not altogether expected, with what seems like numerous brands filing for bankruptcy every week. But the closing of Need Supply and Totokaelo marks the loss of a certain type of store — and retail experience — that’s increasingly difficult to come by: the highly cultivated, expertly curated multi-brand retailer.

From its early days, Need Supply was a pioneer in championing emerging designers like Eckhaus Latta, Paloma Wool and Collina Strada; Totokaelo proved to be a similar haven for anyone seeking the unorthodox designs of high-fashion mainstays like Rick Owens, Maison Margiela and Ann Demeuleester. The retailers were not looking to appeal to the masses with a hodgepodge of whatever designers were hot at that moment. Rather, they sought to carve out a space for a particular kind of individual, one who had a clear sense of their own dress and style, and was committed to shopping designers and brands that neatly fit into that realm.

Even just by looking at the stores’ respective websites, one’s able to glean the particular kind of customer each store is hoping to attract. For Need Supply, the largely neutral tones and simple silhouettes speak to those who desire dressing nicely but understated, only occasionally venturing out of their comfort zone by way of a new pair of sneakers or bag. For Totokaelo, the large prevalence of black clothing and unusually cut designs appeal to those who likely spent time in the depths of fashion Tumblr obsessing over the Antwerp Six and no stranger to Margiela Tabis.

The retailers placed as much emphasis on the experience as they did the clothes, with physical spaces that felt immersive and embodied their stated aesthetic. These stores provided customers with not just a place to shop, but an opportunity to discover and support new designers, as well as create something that existed far beyond clothes, like Need Supply’s editorial efforts or Totokaelo’s Instagram. For both brands, creating and distributing #content felt like something more authentic than a cheap marketing exercise; they were creating living mood boards for fans, a place to source inspiration and develop a viewpoint.

What both these stores managed to accomplish can largely be attributed to their Goldilocksian size. As they morphed from brick-and-mortar businesses into predominantly online operations in the early 2010s, they managed to become accessible to the masses without losing their personality, occupying a middle ground between hyper-local emporia like Austin’s Stag Provisions or Chicago’s Independence and bland big-box concerns like Urban Outfitters. Totokaelo and Need Supply spoke to certain individuals but also welcomed and invited new customers. If one were unfamiliar with the stores, they could simultaneously discover a new, unheard-of brand while finding something else entirely in their comfort zone. Neither store was attempting to contrive an aesthetic or sell a particular kind of lifestyle; they wished for customers to discover those things of their own accord, not by way of marketing or exposure.

But this commitment to authenticity and not overselling themselves might have proven a fatal flaw. In 2020, brands that are willing and eager to pour hundreds of thousands of dollars into canvasing social media with a steady wave of homogenous, “on-trend” looks tend to win the day, drowning out the voices of a Need Supply or Totokaelo (or San Francisco’s Unionmade, which closed last year). Which in turn begs the question: Will medium-sized retailers ever be able to survive in an online world?

With the closing of these stores, we mourn the loss of not just places to shop, but retailers that engendered both individuality and community among their patrons, working to provide them with a way of shopping that was coherent rather than disorienting, and tailored specifically to their interests and wants. The larger multi-brand retailers that remain — Farfetch, Mr. Porter, the Amazon-backed East Dane — are remarkable not for their curation, but for the sheer breadth of goods they sell, appearing to prioritize the number of designer names they can accumulate while giving little thought to the customer on the receiving end. Smaller multi-brand retailers (like Stag, which also opened an L.A. outpost in 2014) exist, yet seem content with their modest scale. And maybe that’s the only way forward from here: be a big fish in a small pond or a whale in the ocean of the internet. Dare to dream for something in between the two — like Need Supply and Totokaelo did — and you may get swept away by the undertow. 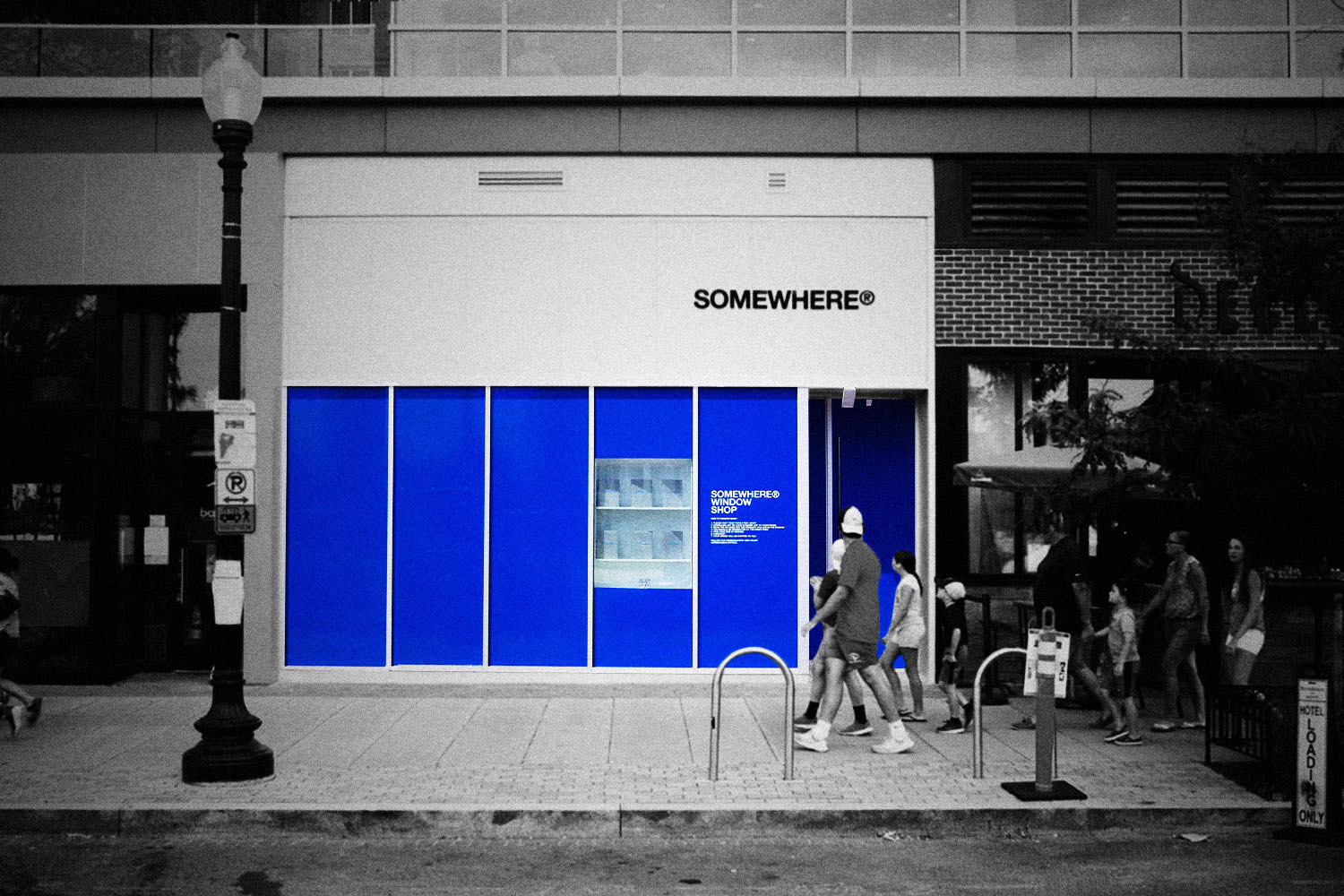 Somewhere Is DC's Coolest Store, As Long As It Survives 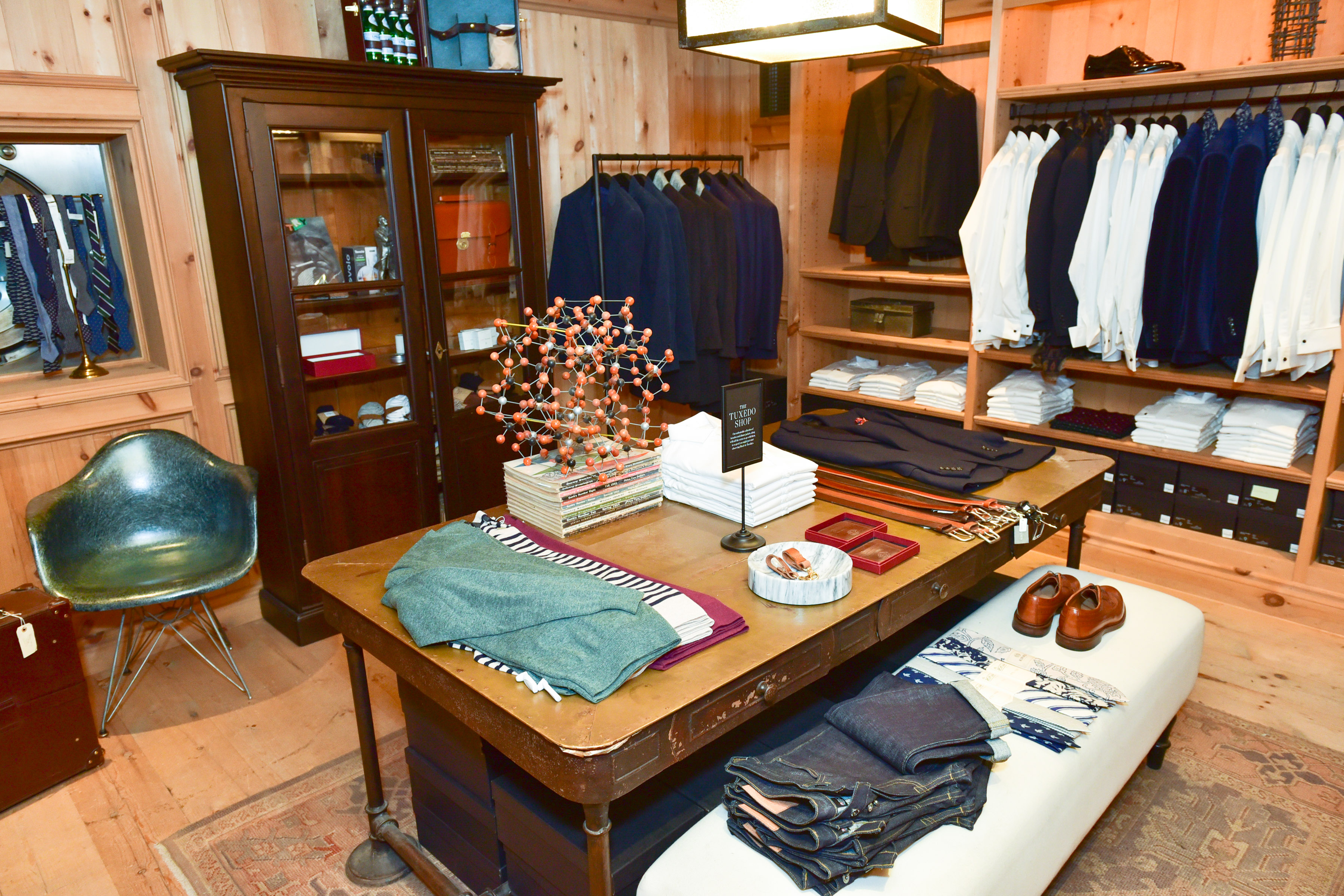