The Biggest, Best and Boldest ‘Fits From the Second Week of the NBA Season

As week two of the NBA comes to a close, we’re examining the biggest plays of the past seven days … off the court, of course. InsideHook takes a closer look at the best tunnel, travel and at-large ‘fit picks from the league’s premier hoopers, shooters and dressers. This week: it’s jacket season, baby. Plus, understated luxe gets its very just (and very muted) due.

Is it surprising that P.J. Tucker, sneaker king of the NBA, is back again with a ‘fit to rule them all? Not particularly, but that doesn’t mean we’re not going to fanboy over some Chrome Heart Corduroys and Prada. If you’re a sneakerhead, you already know all about the Undefeated 4’s P.J. is rocking, and if not, count to 50, multiple that by $1,000 and you’ve got a ballpark figure for what his shoes will run ya. Regardless of sticker price, Tucker grabs a triple-double — that’s three garments that are twice as cool as everything else — with this low-key combination.

Jayson Tatum continues his to dress-to-impress rampage with a monochrome get-up ready that can hang with the best of them. The standout piece is obviously the Westmount Wool Officer’s Coat from Montreal-based Twenty, an Italian wool cut-and-sewn jacket with custom horn buttons and drip to spare. But the combination of a cream-colored cardigan, joggers and Jays gives him a very contemplated causal vibe, something that we can definitely get behind.

Rookie Rocket Jalen Green is proving to be a powerhouse on and off the court, with early season performances that demand inclusion in both ROTY and BDOTY (Best Dressed of the Year) conversations. His Texas showdown ‘fit perfectly encapsulates young blood styling: big pants, statement shoes and calculated ice. The haori-esque top reveals just the right amount of skin (if you got it, flaunt it), and the whole forest-hued ‘fit oozes confidence only a future superstar is capable of. On another fella, Bape and Dior might feel like clout chasing. For Jalen, it’s just another day at the office.

Josh Hart makes a strong case for the midweek sweatsuit; after all, it’s impossible to flex on ’em, sartorially speaking, for all 82 games of the season. But a luxe, dove-grey sweatsuit is still a very style-viable option, especially when the right accoutrement. Mr. Hart’s EDC may be a bit more expensive than what you’re currently packing, but a Dopp kit is the perfect carefree travel accessory, and we’re into the whole soccer-inspired (JHart’s a big Chelsea fan) sweats-into-socks-into-trainers thing he’s got going on. The whole ensemble is probably better than the Pelican’s starting five right now, if we’re being honest.

Buy The Hoodie
Buy the Sweatpants

This is not a drill: Myles Turner just wore a dinner jacket. The beautiful double-breasted coat is one of the most covetable styles we’ve had the pleasure of laying eyes upon in recent memory, and Mr. Turner does it justice by letting it do what it was meant to: stand out. Casual chains and a casual tee means a cohesive ‘fit that still emphasizes how damn good that jacket is. While we get the 411 on make ‘n model, be satiated with this gorgeous velvet tuxedo jacket from Bruno Cucinelli; it should scratch that dress-up itch just right.

In perfect lockstep with the blazing hot start to the season the 76ers have enjoyed, Tobias Harris is on fire. The forward may not have played against the Portland Trail Blazers, but his pre-game ‘fit exuded blowout-win level proportions of flex, including a to-die-for cheetah-print sweater. When we say that we want you to wear a cardigan, this A.P.C joint is exactly what we mean: swanky, open, absolutely popping. The matching, vaguely flared, color-blocked carpenter pants don’t hurt Harris’s best-dressed claim, either. 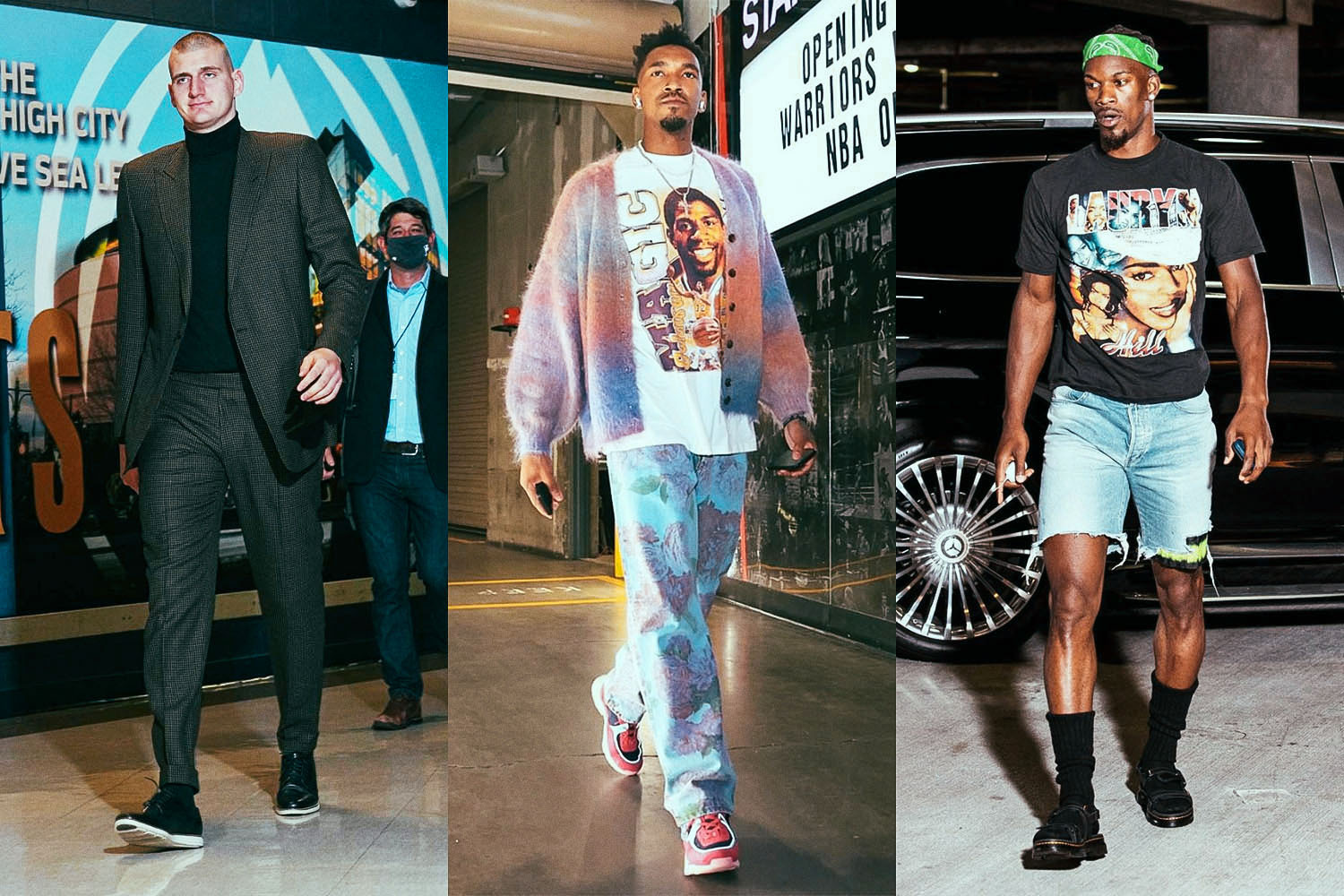 The Biggest, Best and Boldest ‘Fits From the First Week of the NBA Season 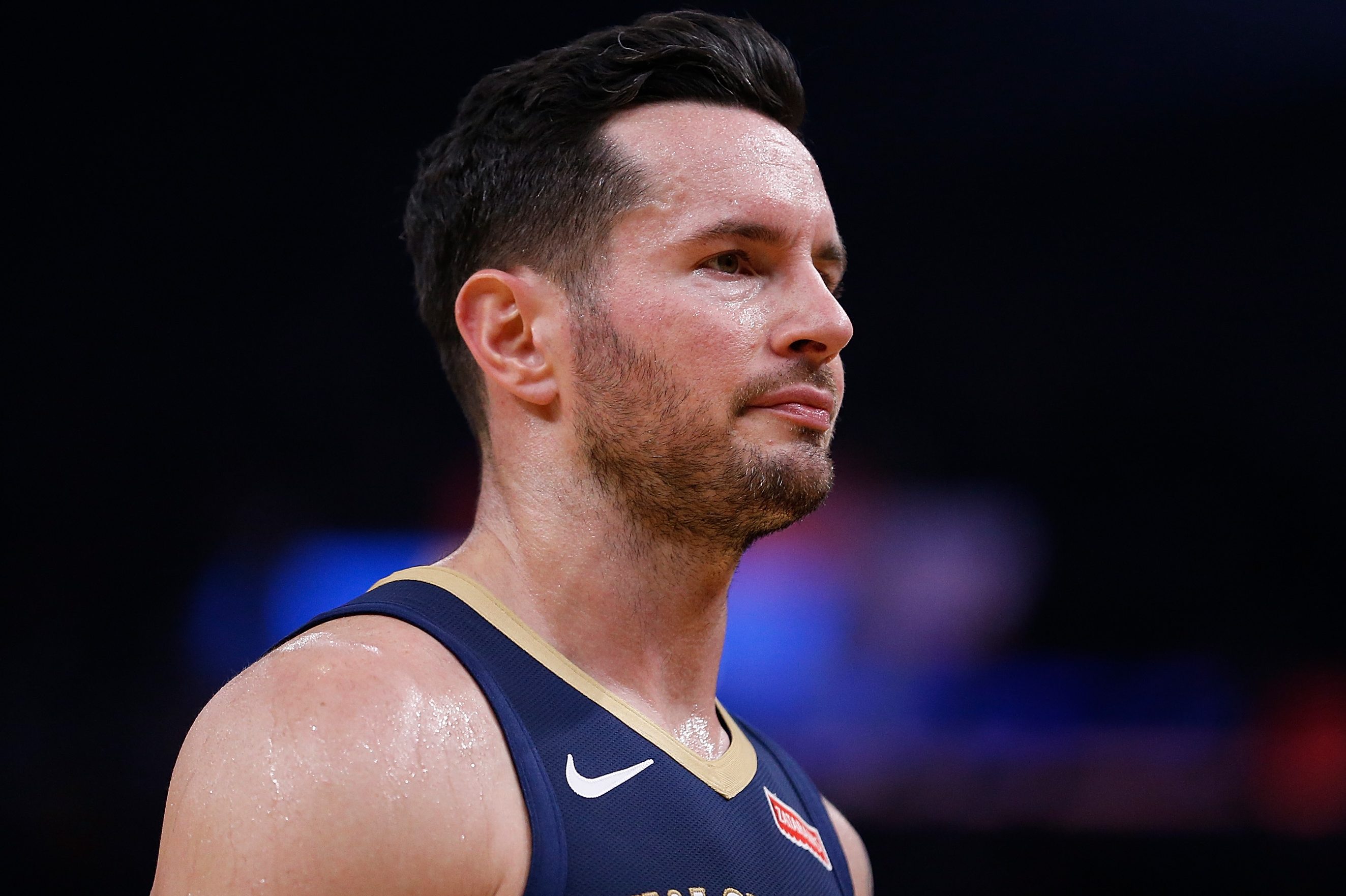 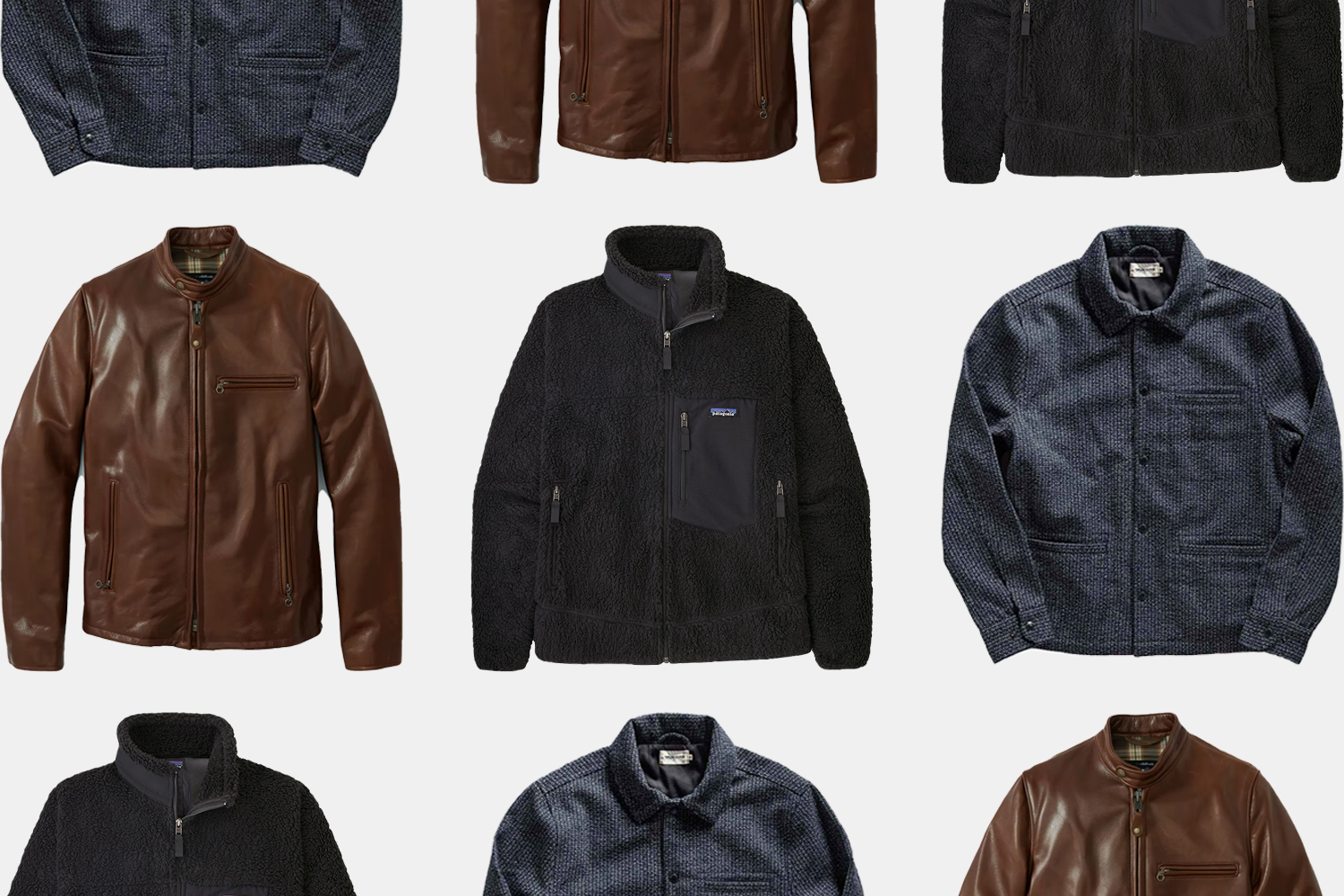