With Sox Win, Boston Is on the Greatest Championship Run in Modern Sports History 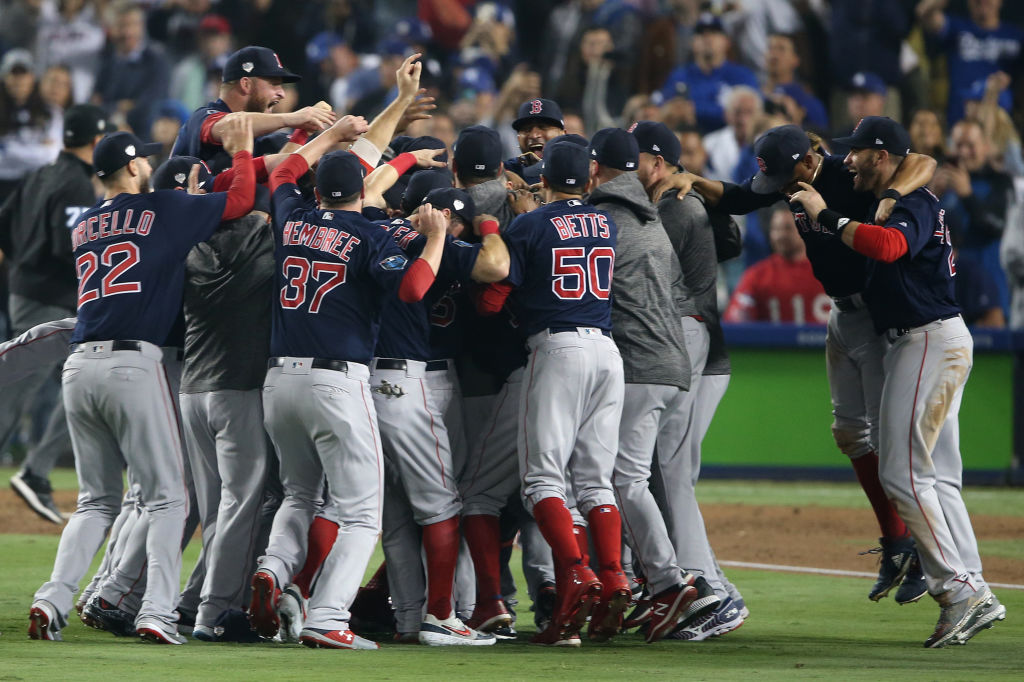 They hate us, cause they ain’t us.

A popular saying among Boston sports fans (including this humble correspondent) that offers a simple explanation as to why supporters of other teams generally hate the Patriots, Red Sox, Celtics, and Bruins like poison.

During a send-off rally before Super Bowl LII, former Patriots tight end Jermaine Wiggins offered his own version of the popular phrase:

While Wiggy may have waged war on grammar, his point is accurate. After all, considering the run of championship appearances Beantown is on including the most recent World Series win by the BoSox, other fans have good reason for their vitriol.

From 2008 to 2018, Boston’s four major sports teams in the NFL, NBA, NHL, and MLB have played for the championship of their respective league a total of 11 times. It’s an unprecedented run in the modern era. 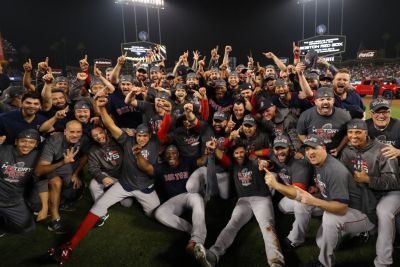 Though Boston could already make that claim prior to ’08, it is still no small feat as there are only four other cities – Philadelphia, Los Angeles, New York, and Chicago – that can make it at all, let alone in the past 10 years.

And, despite their histories of winning, the achievements of those cities on the field, court, and ice over the past decade pale in comparison to what the Sox, Pats, C’s and B’s have accomplished. 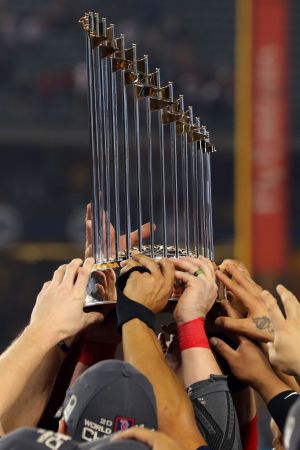 That makes this 10-year stretch the most dominant run in terms of championship performances and wins across the four major American pro sports by any city, ever.

The run may continue into the next decade as the Red Sox should be returning the core of the team that won a franchise-best 108 games in the regular season. The Bruins are near the top of the standings in the Eastern Conference and have 10-1 odds to win the Stanley Cup. The Celtics are the odds-on favorite to win the East and play the Golden State Warriors for the NBA title. And the Patriots are, well, the Patriots. They may not win the Super Bowl this year, but they certainly are in position to get back to it. 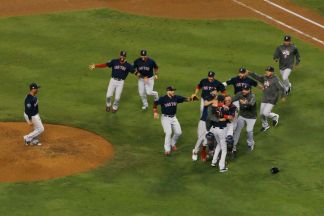 The Boston Red Sox celebrate their 5-1 win over the Los Angeles Dodgers in Game Five to win the 2018 World Series at Dodger Stadium in Los Angeles. (Photo by Jeff Gross/Getty Images)
Getty Images

If they don’t, given how much winning Boston has done, this season will be treated as a failure. After all, illogical as it is, that’s how most Boston fans view last year because New England lost the Super Bowl to the Eagles, according to ESPN senior writer Ian O’Connor and author of Belichick: The Making of the Greatest Football Coach of All Time.

“Last year, they were 13-3, won their division and got to the Super Bowl again,” O’Connor told RealClearLife. “They lost a one-possession game where their quarterback, the best one of all time, throws for 505 yards … and that season is viewed as a kind of a disaster by Patriots fans. And that’s just because there was some turmoil and conflict internally.

“Any other market or team in the NFL and that’s a dream season. The New York Jets haven’t been to a Super Bowl since Neil Armstrong stepped on the moon.”

Since Richard Branson founded Virgin Galactic in 2004 with the goal of reaching Mars, however, the Patriots have been to six.

Sure, they’ve only won three of those Super Bowls, but who’s counting?

Well, “they” might be, but that’s just cause they hate us, cause they ain’t us.