"I don’t think he wants to go, but I can’t see where he’s going to go next year.” 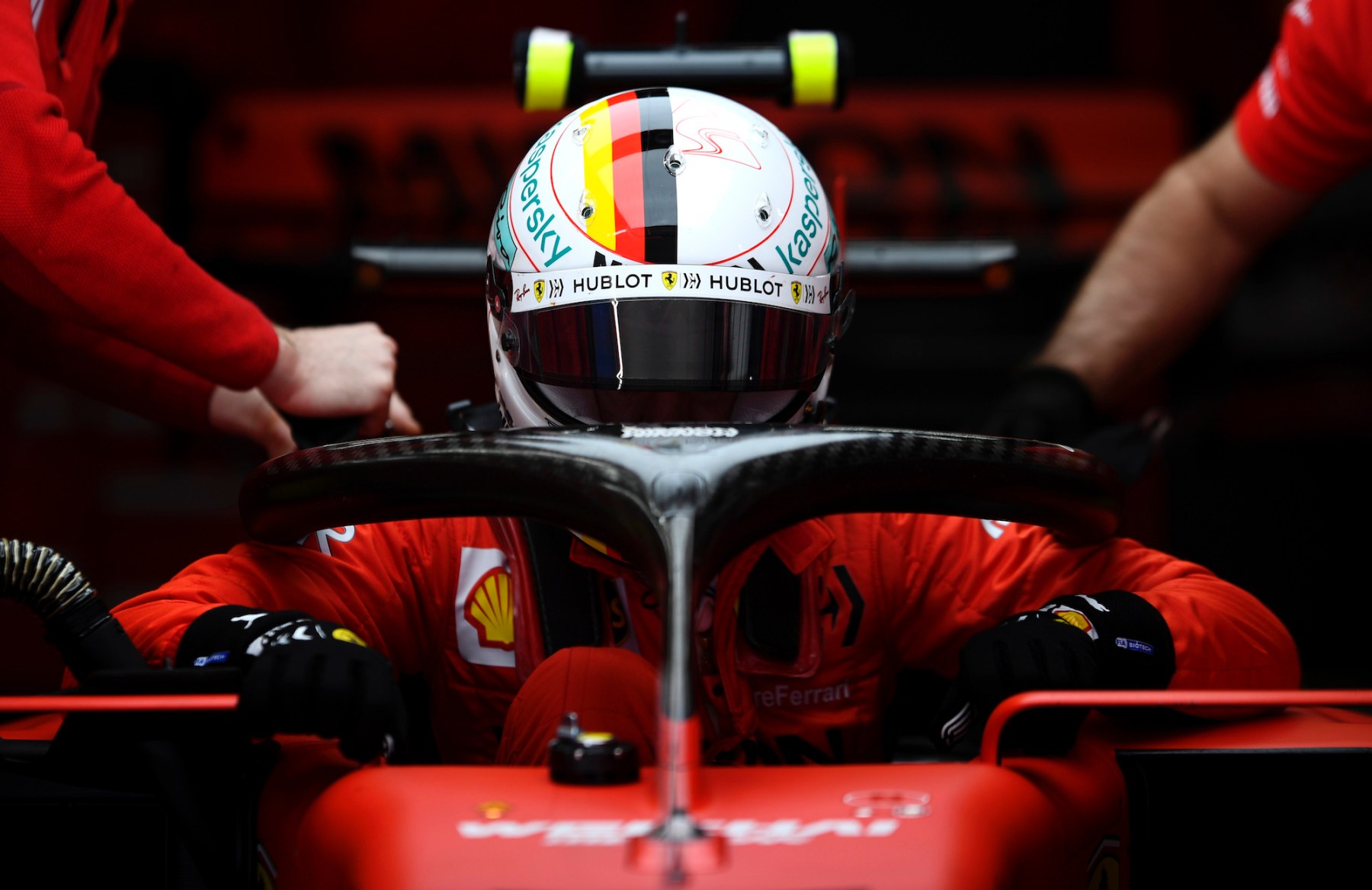 Sebastian Vettel is one of the winningest racers in Formula One
Getty Images
By Amy Miles / June 16, 2020 7:31 am

“Where the hell am I supposed to go?” a frustrated Sebastian Vettel questioned when he was handed a five-second penalty for dangerously rejoining the track last season at the Canadian Grand Prix in Montreal. His reaction prompted even the most loyal fans to question his future at Ferrari, a theme that continued throughout 2019 as a series of mistakes undermined the four-time world champion’s reputation. Now that the driver has been replaced by Carlos Sainz, Jr., his words from that Sunday afternoon in June seem rather apt, once again.

Post-race, Vettel could be seen swapping the number one and two signs in front of Lewis Hamilton’s car and his own, airing his annoyance at losing the top spot because of the FIA’s controversial disciplinary action. It was gold for the fans and press, but less amusing for those behind the scenes, and it is, perhaps, emblematic of Vettel’s recent years with the team.

“He is one of the best drivers on the grid, but everyone has their day. I’m not saying his days are over, but he had his prime when he joined Red Bull,” British racing driver Max Chilton tells InsideHook, referencing Vettel’s string of successes from 2010 to 2013.

With races halted until July this year due to the coronavirus pandemic, Vettel hasn’t had a chance to prove that he’s still capable of taking another world title — something that’s escaped his grasp throughout his career with Ferrari. Even so, the announcement that he’d be hanging up the red suit still came as a surprise in May. Team principal Mattia Binotto cited “no specific reason,” and Vettel’s statement declared that “financial matters have played no part in this joint decision.” But it’s reasonable to assume that Ferrari’s vision for teammate Charles Leclerc to bring in its next world championship doesn’t quite align with Vettel’s ideals. His growing frustration with that situation was on display throughout the 2019 season, which was infused with mixed emotions and friction between the pair. “Leclerc, who’s a lot younger than him, has been pushing him very hard — if not beating him — and that’s never fun for a multiple world champion,” says Chilton, a former F1 contender who raced alongside the German and currently drives in the IndyCar series for Carlin Motorsport.

Sainz, on the other hand, who also raced for Carlin in his early days, is quick on the track but won’t be as much of a threat to Leclerc. “The good thing is that they’re both very young, and they could be together for the next five or six years. As long as they don’t fall out and get on as a team, they could bring a world title — driver’s or constructor’s — to Ferrari … We saw it with Schumacher and Barrichello,” Chilton suggests.

So where does this leave Sebastian Vettel in 2021?

As a guy who’s always done things on his own terms (sometimes to the dismay of his management) and without a clear path to a championship, Vettel might consider retiring from racing. It’s an idea that his former teammate, Mark Webber, predicted years ago, opining that he’d quit the sport early after a stint with Ferrari. The driver is rarely spotted at parties and steers clear of social media, preferring a low-key, family-oriented lifestyle, so it wouldn’t be a surprise to see him slip quietly out of the limelight now. Vettel is still relatively young for a racing driver, though, so Chilton thinks it’s unlikely we’ll see him say farewell to racing entirely. There’s also the potential for him to become involved with team management, but Chilton believes Vettel won’t consider that until much later in his career, when he’s finished with the grid altogether.

“Vettel is sometimes misunderstood. He’s a very genuine guy, and he takes a lot of time to take care of everyone in the paddock, and he’s very, very funny. I think he loves the F1 paddock, so I don’t think he wants to go, but I can’t see where he’s going to go next year.” Chilton outlines. Indeed, with so little time left to complete the 2020 racing season, and with new regulations pushed back by a year, it’s expected that many drivers whose contracts are up will extend them for the time being. That means 2022 is likely to be a game of musical chairs, and it’s logical that Vettel will consider having a break from the grid until then. “I think he might take a bit of a sabbatical and then come back if a door opens up, because next year there’s no seat for him where he’s got a chance of winning the world title.”

If Vettel were to stay in Formula One, he’d most likely have to accept one of the remaining spots at a midfield team: the likes of Renault and Racing Point are the only plausible options for him in 2021. The latter will soon become the Aston Martin works team, a name change that isn’t just significant for the livery, but for the heavy investments and Mercedes-supplied power units that could have the potential to take a mid-level contender to the top. Is that enough to tempt Vettel to make a gamble? Maybe. And what about Daniel Ricciardo’s recently vacated place at Renault? Well, it might be the best of the bunch, but Ricciardo’s disappointment with the car’s performance throughout 2019 was such that he didn’t even stick around to see if it could be improved for 2020. That’s enough to put most drivers off, never mind a world champion.

Chilton also offers up the idea that Vettel might take a leaf out of Fernando Alonso’s book and try a different racing series. “I think a lot of fans of motorsport would love to see F1 drivers compare themselves to others … which Fernando has done really well. He’s won Le Mans, he’s come really close to winning the Indy 500. It’s good for motorsport because people get to see that actually, there are plenty of other big racing series and drivers out there. So I’d love to see Vettel do Le Mans or even a few Indycar races.”

A future link-up with the Prancing Horse might not be out of the question, either, with mutterings that Ferrari might enter IndyCar as an engine supplier. “That’s probably not going be next year or the year after, but down the line, if Ferrari does come in he might be able to do a few races, and that would be fun to see. But I just hope he keeps racing because he’s a great talent,” Chilton concludes.

Regardless of what lies ahead for Sebastian Vettel, it’s fair to say that his story at Ferrari is still a triumphant one. The German may not have cinched a world championship in the red car, but in terms of race wins, he’s the third most successful driver in the team’s history, and there have been plenty of podiums, pole positions and memorable moments that have left fellow racers and fans looking upon him fondly. What remains of the partially canceled 2020 season will be Vettel’s opportunity to truly define how the sport remembers his time at the Italian team. Perhaps the effect of relinquishing his spot will make for a more relaxed racer. A driver who has less to prove would surely make fewer on-track errors and maybe even snatch that world title in an act of triumphant revenge.