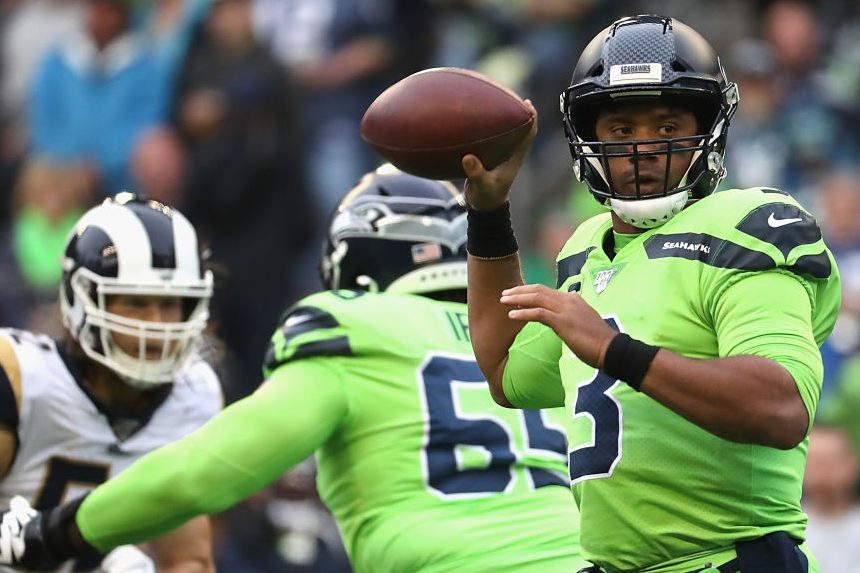 Kicking off Week 5 of the NFL season, the Los Angeles Rams and Seattle Seahawks played a helluva game on Thursday Night Football.

Both entering the game at 3-1, Seattle and LA engaged in a back-and-forth battle that came down to a 44-yard field goal attempt with 11 seconds left on the clock.

With Seattle clinging to a one-point lead courtesy of Russell Wilson’s daring 5-yard touchdown pass to Chris Carson on fourth-and-goal with 2:28 remaining, Greg Zuerlein of the Rams took the field to attempt to retake the lead for LA and secure the road win. To his dismay, Zuerlein, a first-team Pro Bowler in 2017, missed wide right.

It was a fitting ending for a compelling contest that saw more than 800 yards of total offense, seven touchdowns and four second-half lead changes.

Though they used to be the exception, close, entertaining, games have now become the rule on Thursday Night Football, which airs on a plethora of platforms including Amazon Prime, the NFL Network and Fox. Meanwhile, at the same time, comparable games on ESPN’s Monday Night Football have shown a tendency to be blowouts, especially this season.

The close games which TNF has been offering of late make it a much more compelling product to watch, as does its broadcast team of Joe Buck and Troy Aikman. Buck and Aikman’s counterparts in the booth on MNF, Joe Tessitore and Booger McFarland, simply don’t have the chemistry of their competitors on Fox nor have they really had the time to develop it thanks to the lack of continuity in ESPN’s broadcast.

While the ratings for last night’s thriller in Seattle aren’t in yet, there’s a strong chance they’re quite good as the first TNF game of the season on Fox last week drew ratings which were up 22 percent over last year’s inaugural Thursday game on the network and were the second-best of any TNF broadcast that Fox has had, according to Deadline.

That’s in sharp contrast to what’s happening for MNF, as the ratings for last week’s game between the winless Steelers and winless Bengals were down 16 percent compared to ESPN’s comparable October 1, 2018 matchup.

Either way, thanks to an improved slate of games and a superior (and to be fair, familiar) broadcast crew, Thursday Night Football is no longer the mockable offering it once was.

It’s not there yet, but Monday Night Football is certainly headed in that direction based on what’s been happening thus far this season.

Martin Luther King, Jr., Remembered by His Aide and Ally