That Was Roger Federer’s Cruelest Defeat 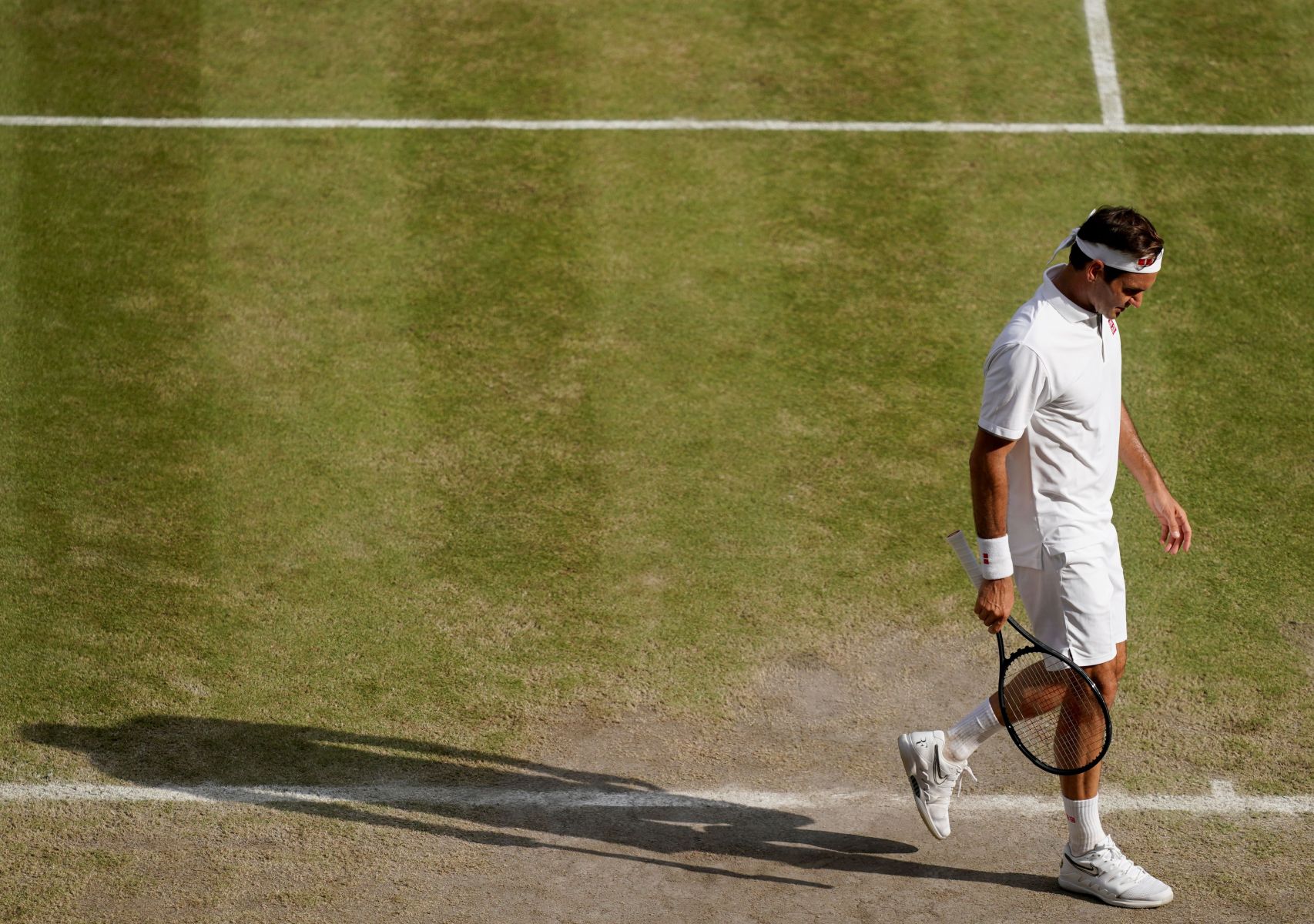 For all his his records, his trophies, his triumphs, his greatness, Roger Federer is no stranger to misery.

While the first half of his career (let’s call it 2004 to 2008, before the ascension of Rafa Nadal, and later, Novak Djokovic) will be remembered as perhaps the single most dominant stretch of tennis in the history of the sport, the back half will be defined not for its high points — which have been plentiful, admittedly — but for a spate of excruciating near misses and what ifs, especially at the four Grand Slams.

There was the 2008 Wimbledon final, the de facto greatest match of all time, when Rafael Nadal battled off darkness and rain and a then-unbeatable (at least on the grass courts of the All England Club) Federer in a five-hour epic. There was the 2009 US Open final loss to Juan Martin Del Potro, the infamous Hawk-Eye match, when Federer had things firmly in control before an overturned call sent him into a brief meltdown, at which point the lethargic Argentine came to life and won in five sets. There were the 2010 and 2011 semifinal defeats to Novak Djokovic at the US Open, in each of which Federer held two match points before eventually losing. There were the 19 break points he left on the table against Djokovic in the final of the same tournament in 2015.

And then there was today.

Roger Federer turns 38 next month. Medicare age, in tennis years. There was a time when his fans thought that he’d never get back to Grand Slam-winning form, that he would have to settle for 17 for his career and his 2012 Wimbledon win over Andy Murray would be his last. But then 2017 happened, the year that an injured and distracted Novak Djokovic temporarily lost his form and Federer reclaimed his throne, completing a heroic fifth-set comeback against longtime rival Nadal (and his own personal demons) to take the Australian Open before winning an eighth Wimbledon title five months later. He won the Aussie again in 2018, pushing his career Slam count to 20.

At the time, that number was thought an insurmountable hill for the two-man peloton chasing Federer’s record. Djokovic was in shambles, his ranking having plummeted to the mid-20s and rumors about marital and personal problems swirling about the back pages of the tennis internet. Nadal, meanwhile, seemed unable to finish a tournament outside of the clay-court season, his relentless, high-impact playing style finally catching up to the limitations of a 32-year-old body as he withdrew from one tournament after the next.

In the year since, both players have regained their form, with Djokovic winning three of the last four Slams heading into Wimbledon, and Nadal looking relatively spry on the back of yet another French Open victory. If Federer were to capture another Slam, it would have to be here, on the lawns of the All England Club, where the geometry of Centre Court is as familiar as that of his living room, and the greatest advantage of his two rivals — their ability to track down every ball and extend points to interminable lengths — is handily neutralized. But to do it, he’d have to go through both of them.

Federer completed the first half of that task on Friday with aplomb, dispatching a game Nadal in four sets. Djokovic — he of the four Wimbledon titles, the robotic consistency, the Matrix-esque flexibility, the impish “Why don’t they love me?” theatrics — awaited.

No one can say that the Swissman didn’t do enough to win. He bested the Serbian across nearly every meaningful statistic: He won a higher percentage of his service and return points. He broke seven times, to Djokovic’s three. He had a winners-to-unforced-errors ratio of +31 (Djokovic was +2). He won 15 more total points. If you showed the stat sheet to a knowledgeable tennis fan who hadn’t watched the match, that fan would probably assume that Federer won in straight sets.

But he didn’t. He lost in truly heartbreaking fashion: 13-12 in a fifth-set tiebreaker, a new format implemented this year thanks to the mind-numbing grass-court antics of one John Isner. Of course the rule made its debut in the final, between two of the three greatest players to ever take the court. Of course it was the first ever fifth-set tiebreaker in any men’s Grand Slam final. Of course the match time stretched out to 4 hours and 57 minutes, nine minutes longer than the 2008 final between Federer and Nadal, which was previously the longest final in the history of the tournament.

It’s not the longevity of the loss alone that makes this pill so tough to swallow for Federer and his acolytes, but the way it came about, and the opportunities he squandered along the way. Federer was on the front foot in both the first and third sets before losing his edge in tiebreakers, a trend that would repeat itself in the deciding set. And in that set, it was Federer who had the chance to serve things out after breaking Djokovic to go up 8-7.

He hit consecutive aces to earn two Championship Points. The crowd was swollen, ready to burst into a frenzy the likes of which the venue had never seen. Their king, grizzled and unflappable, was set to return. But he faltered at the final step, hitting a pair of hesitant forehands — one a foot wide, the other a meek approach shot that invited an easy passing shot — that allowed Djokovic back into the match.

While Federer had one more break-point opportunity, he never made it back to Championship point. Heads fell into hands throughout the stadium, most notably that of Federer’s wife, Mirka. And Djokovic, the human metronome, feasted on their collective anxiety as the match rambled toward its inevitable conclusion.

At 6-3 in the tiebreaker, Federer sprayed a final forehand long. Djokovic squatted on his haunches and surveyed the grass beneath him. He then rose his hands to the sky and countenanced the crowd, goading them to love him the way they do his opponent.

They never will, but it probably won’t matter. Because Novak Djokovic doesn’t trade in desolation. He is the one who doles it out.