Jon Gruden’s Emails Were the Tip of the Iceberg. Will We Ever See the Rest of It?

The details of emails sent to and from the former Raiders coach were shocking. But in Washington, much darker truths may remain buried.

In a series of emails first reported by the Wall Street Journal and the New York Times, the now former Las Vegas Raiders head coach managed to insult just about every minority in America.

He said that the head of the NFL Players Association, DeMaurice Smith, a Black man, had “lips the size of Michelin tires.” He said the NFL was encouraging teams to draft “queers.” He said women shouldn’t referee games. He called then Vice President Joe Biden (in 2012) a “nervous clueless pussy.” And last but not least, he called NFL commissioner Rodger Goodell a “faggot” and a “clueless anti football pussy.”

And that’s just the stuff he wrote down.

There’s so much to unpack in this story that one could write a book on the subject (and eventually, someone will). But for the purposes of this column, let’s just follow the email trail. It’s a trail that many believe leads to the front door of the owner of the Washington Football Team, Dan Snyder.

Each of the now infamous Gruden emails dates back about 10 years. They were part of an ongoing dialogue with the same guy: Bruce Allen, at the time President of the Washington Football Team.

Fast forward to 2020: that’s when the NFL launched an investigation of the team because 15 former female employees accused team staffers of sexual harassment, verbal abuse and generally reprehensible behavior. As part of that investigation, the league took possession of 650,000 WFT emails. The Gruden-Allen online correspondence is a small piece of that. The rest remains under lock and key in the NFL headquarters.

Do you hear that creaking sound?  It’s Pandora’s box, ajar.

What was happening inside the offices of the team formerly known as The Redskins is gross and creepy. While the NFL’s investigation offered no details, some great reporting in The  Washington Post did.

The Post’s reporting last year paints a picture of a workplace that looked like a scene out of Animal House. Bullying, intimidation, lack of respect and the worst kind of sexual harassment and exploitation. Their investigation was based on interviews with more than 100 current and former WFT employees as well as an extensive review of internal company documents. All of it pointed to a “climate of fear” under team owner Dan Snyder.

In one of the more disturbing examples, the Post stated that a video of partially nude cheerleaders was created using unwitting outtakes from a 2008 swimsuit calendar shoot. The video was made at the request of a top team executive, and according to the Post, was intended for consumption by Snyder himself.

“The ‘yuck-factor’ is huge,” says long time Washington Post columnist and Snyder critic Sally Jenkins. “But the ‘yuck-factor’ has been there from the outset. It’s a mess that Snyder enjoys. He appears to enjoy bullying and insulting people throughout the building. At least that’s my impression.”

At this point it’s important to return to the emails between Gruden and Allen, as reported recently by the New York Times. At least one of them included pictures of two WFT cheerleaders topless on a beach.

The investigation by the NFL has been seen by many as a whitewash. In July, the league fined the WFT $10 million and forced Snyder to temporarily step away from day-to-day operations of the team (Snyder’s wife Tanya was named co-CEO). But beyond a tough-talking statement from Commissioner Roger Goodell — who, it bears noting, ultimately reports to Snyder and the other 30 owners (not counting Green Bay) with whom he runs a very lucrative and powerful cabal — there was nothing. No written report. No emails. No documents. No details of its findings whatsoever. The NFL says the emails, all 650,000 of them, are being held under seal to protect its witnesses. But the release of the Gruden-Allen emails has changed things. It has opened a can of worms that I hope the NFL will not be able to close.

Melanie Coburn, a four-year Washington cheerleader and the squad’s marketing director for 10 years, created an online petition calling on the NFL and the franchise to “do the right thing for women” and “make Washington’s sexual misconduct investigation public.” As of Monday, the petition had more than 40,000 signatures.

Lawyers representing 40 former WFT employees (up from the original 15) have called on the NFL to release all the buried evidence, including the scores of emails in its possession. The NFL Players Association has done the same, as have dozens of sportswriters and columnists.

Add my name to that list. It’s time for the NFL to stop sweeping this gross behavior under the rug and hold people — no matter who they are — accountable for their actions.

You just can’t make this stuff up.

It goes without saying that Gruden got what he deserved. But his emails pale in comparison to the gross and harmful environment created in Washington under the watch of Dan Snyder, who as recently as yesterday was still attending team activities and smiling broadly as he watched his team play the Chiefs from the owner’s box at FedEx field.

It was a fitting metaphor for what the NFL has become, especially in light of the leaks that led to Gruden’s demise: an owner, tucked safely behind a wall of glass, watching from on high as 100-something young men risked violent injury on a field down below him, like sacrificial lambs lined up for the slaughter. 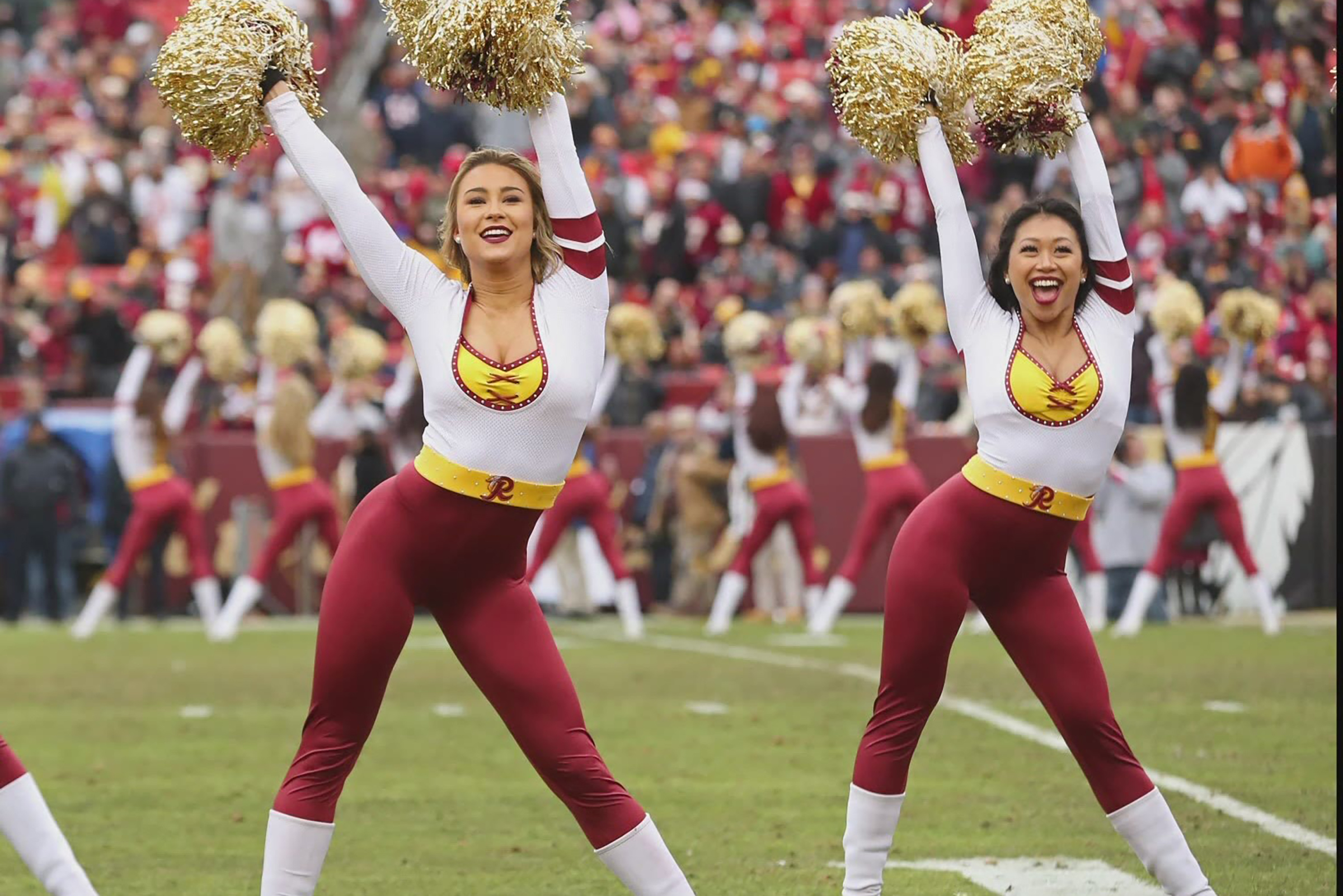 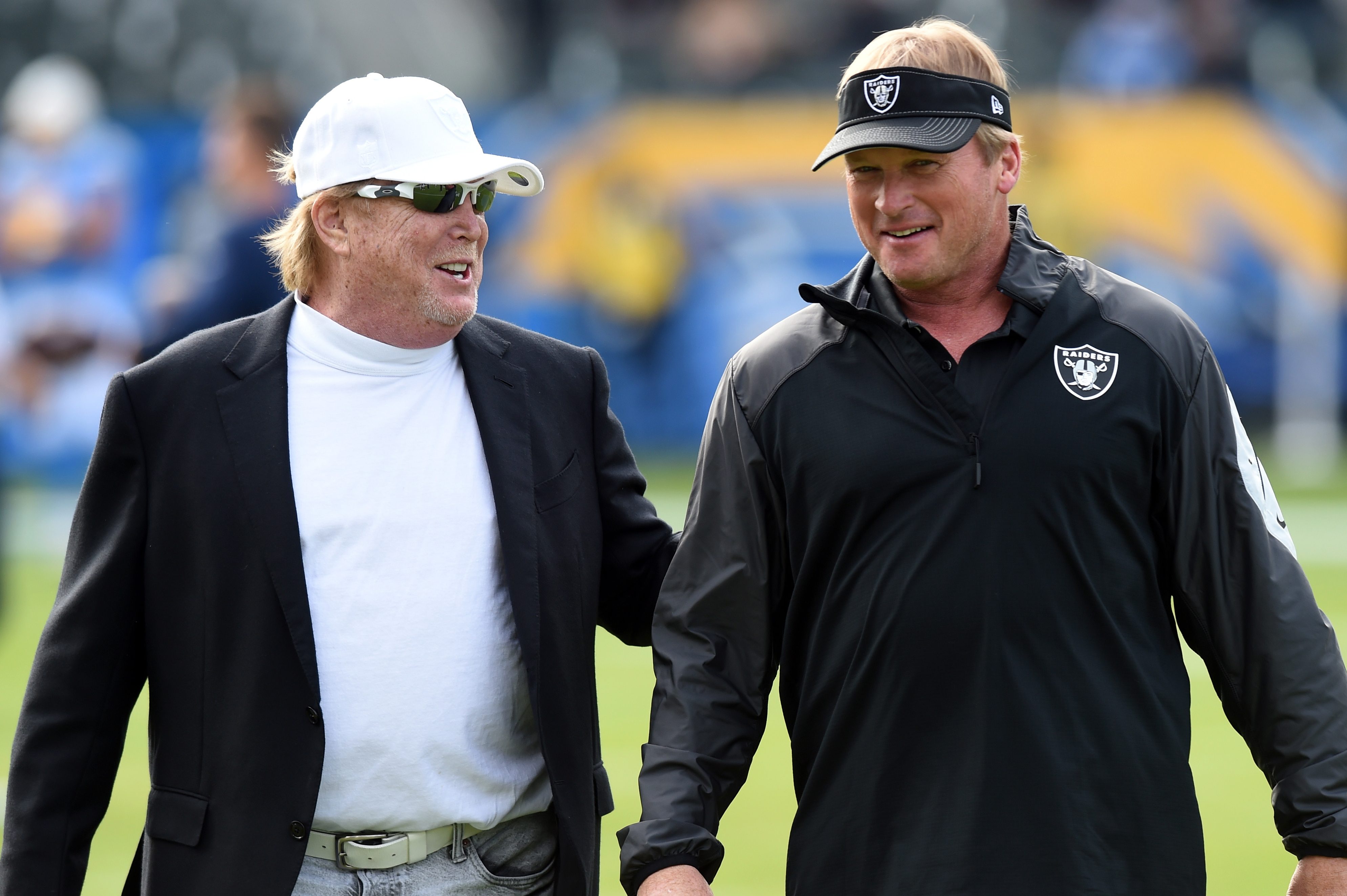 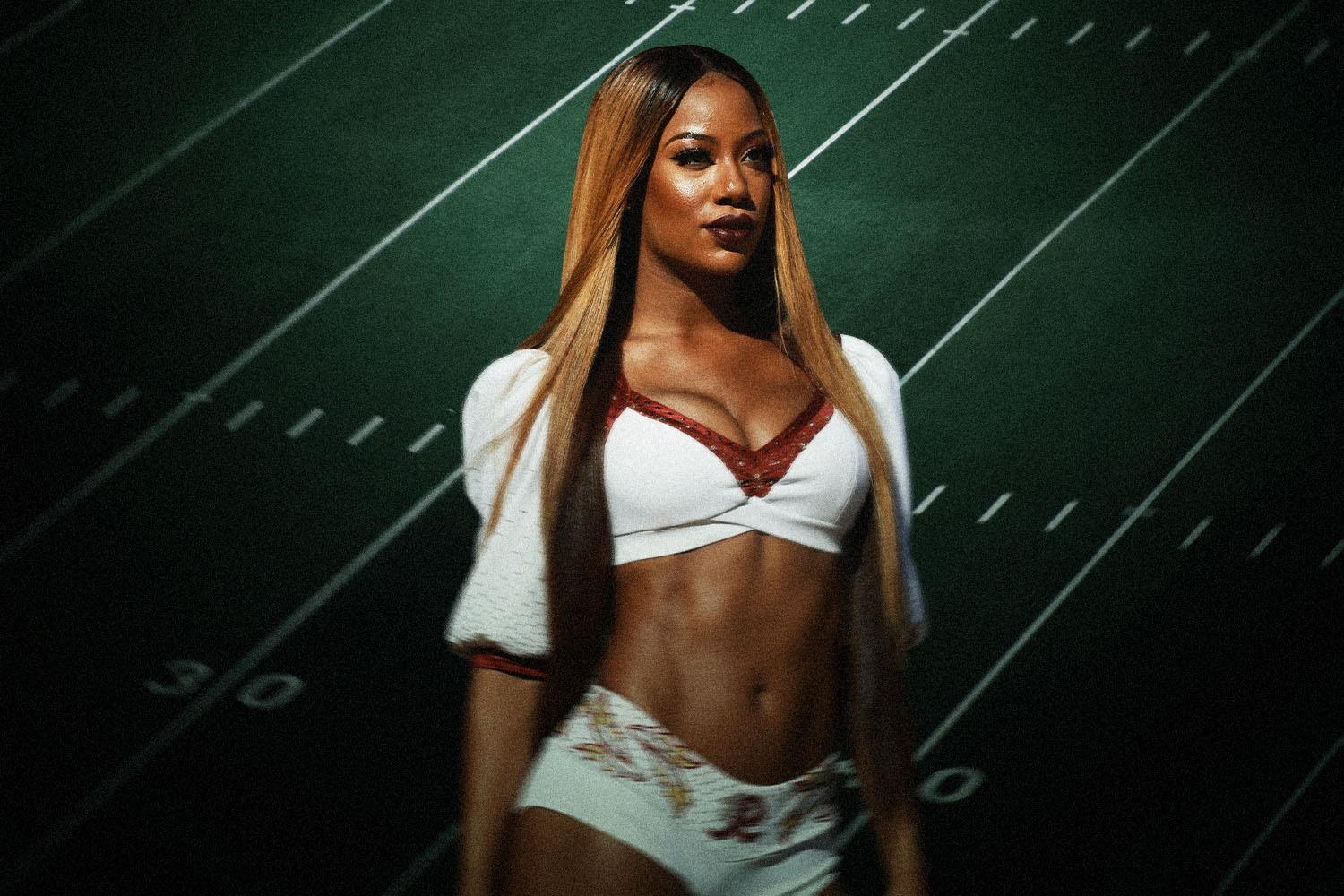 Former NFL Cheerleaders Sound Off on the League’s Misogyny