On a memorable January evening at Madison Square Garden in 1984, Hulk Hogan escaped out of the famed “camel clutch” of World Wrestling Federation champion Iron Sheik and into the bright lights of the national spotlight.

Thirty-five years ago today, Hogan defeated the Sheik to win his first WWF title and “Hulkamania” was born in earnest.

Born Terry Gene Bollea in Georgia, Hogan would hold that title – and become the face of the WWF while doing it – until losing a title fight to Andre the Gian more than four years later in February of 1988.

During those four years, Hogan anchored the first-ever wrestling pay-per-view event, WrestleMania, and was gifted his signature theme song, “Real American” by Rick Derringer (who had a previous hit with “Rock and Roll, Hoochie Coo”).

The song, along with Hulk himself, helped turn Hogan into an American icon who, despite some bumps in the road, still endures today.

“To understand the success of that song, you have to grasp how big of a star Hulk Hogan was,” pro wrestling reporter Sean Neumann told MEL. “He’s the biggest professional wrestling star there ever was and likely ever will be, and he was a pop-culture phenomenon. Everyone knows who Hulk Hogan is, even today. He’s the Elvis of pro wrestling. The song was enormous because he was an enormous figure in the entertainment world – then and today.”

With Hulkamania in full force and “Real American” serving as its anthem, Hogan dominated the mid-to-late 1980s. He appeared on the cover of Sports Illustrated, TV Guide and PEOPLE. He had his own Saturday morning cartoon show, was turned into action figures and became the face of WWF SUPERSTARS breakfast cereal.

The Hulkster was huge and, though he’s never been as popular as he was back then, he remains an iconic cultural figure. 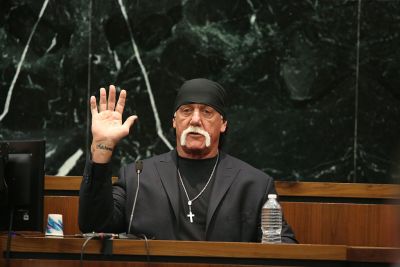 ST. PETERSBURG, FL – MARCH 08: NY POST OUT Terry Bollea, aka Hulk Hogan, takes the oath in court during his trial against Gawker Media at the Pinellas County Courthouse on March 8, 2016 in St. Petersburg, Florida. Bollea is taking legal action against Gawker in a USD 100 million lawsuit for releasing a video of him having sex with his best friend’s wife. (Photo by John Pendygraft-Pool/Getty Images)
Getty Images

As for those aforementioned bumps in the road, they included charges of steroid use in the early ’90s, a publicized divorce from his wife Linda which included multiple allegations of infidelity, a leaked sex tape of Hogan and the wife of a friend, and an invasion-of-privacy lawsuit against Gawker for publishing a clip of the tape which bankrupted the site and netted Hogan a $31 million settlement.

But, in spite of those, more people probably remember the Hulkster for his signature leg drop finishing move than they do for bankrupting one of the internet’s snarkiest tabloid sites.

And, if you look at photographs of Hogan and who he was rubbing elbows with when he was at his peak, it’s easy to see why. Here are 12 of the most telling shots. 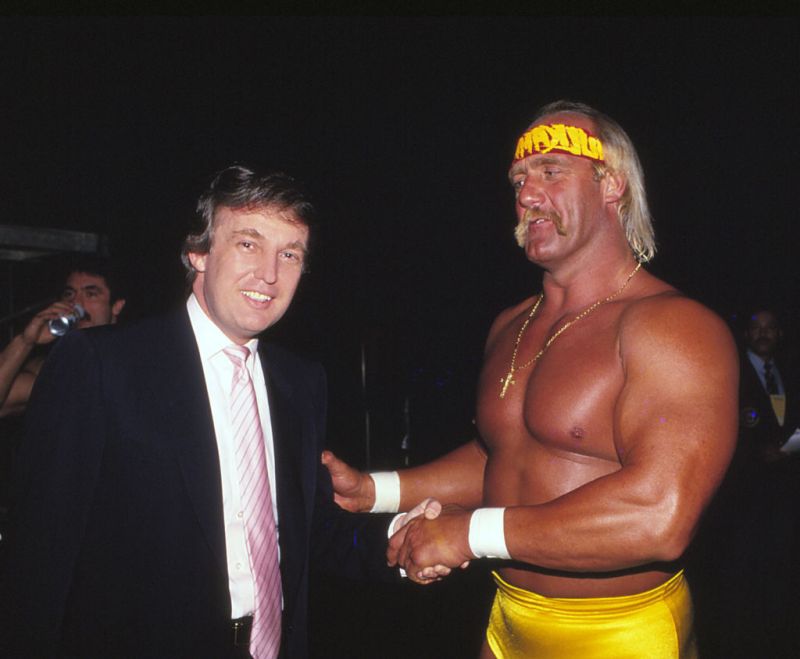 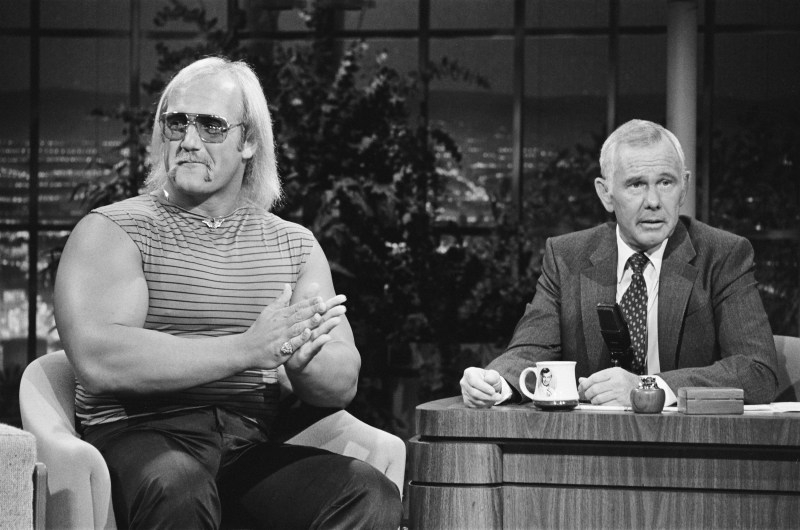 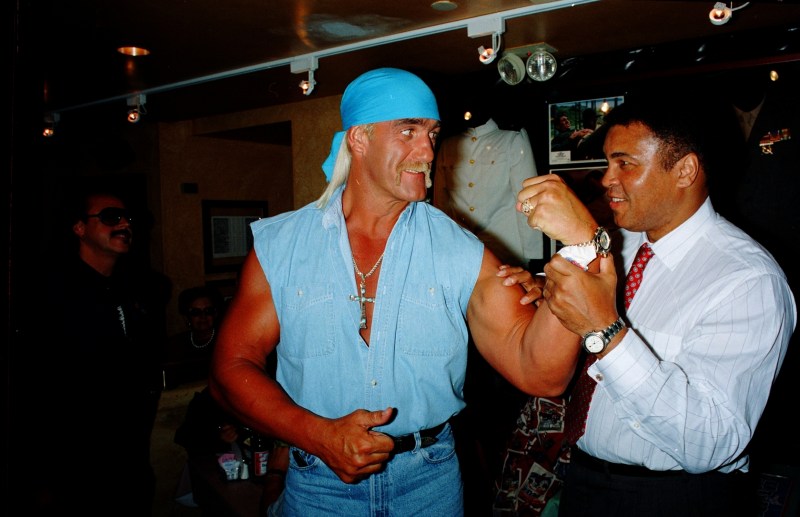 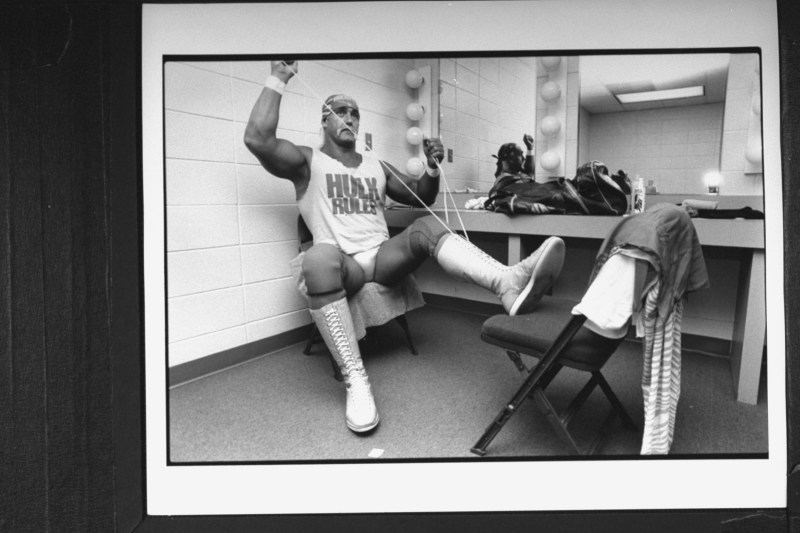 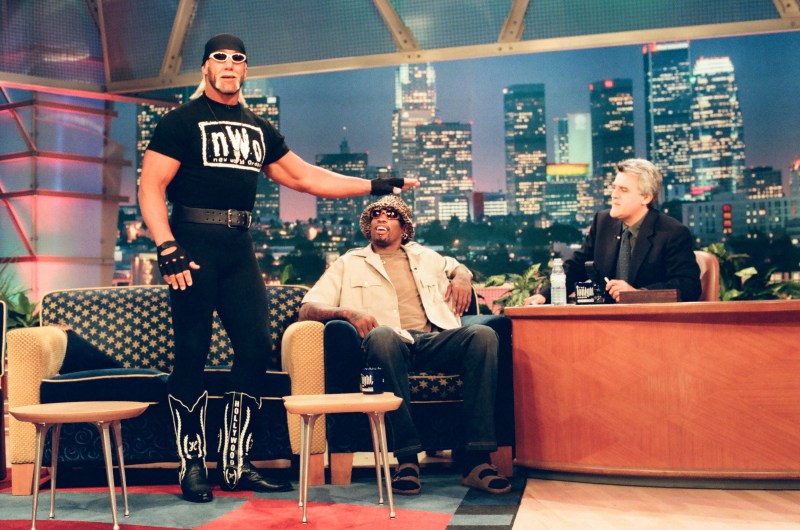 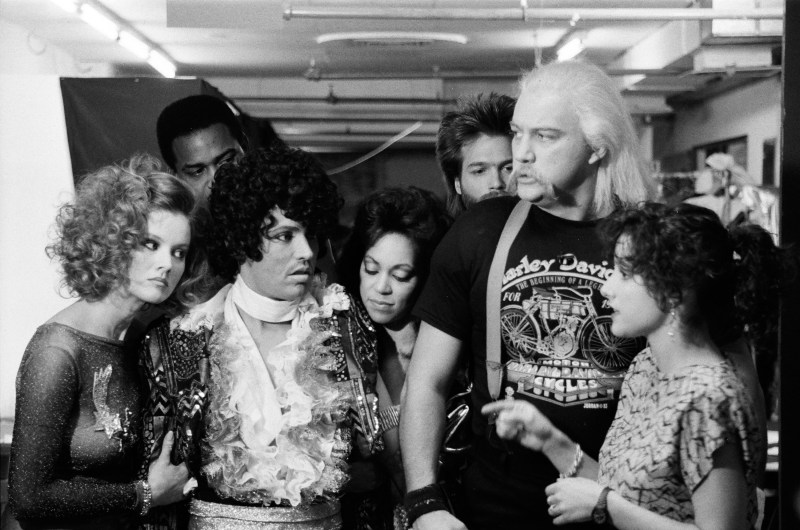 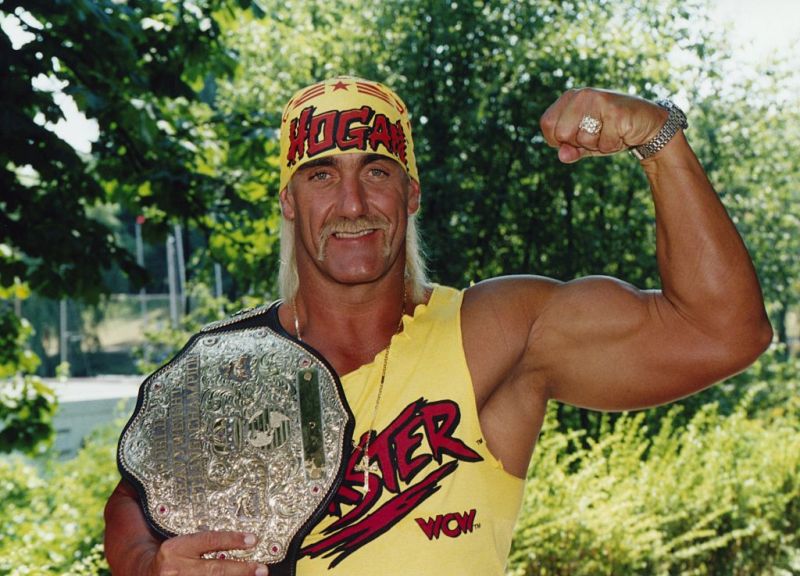 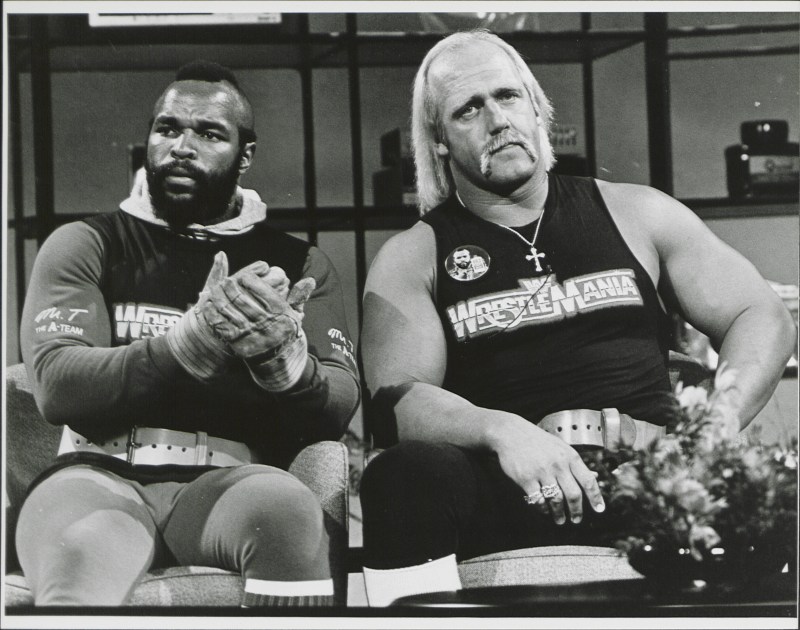 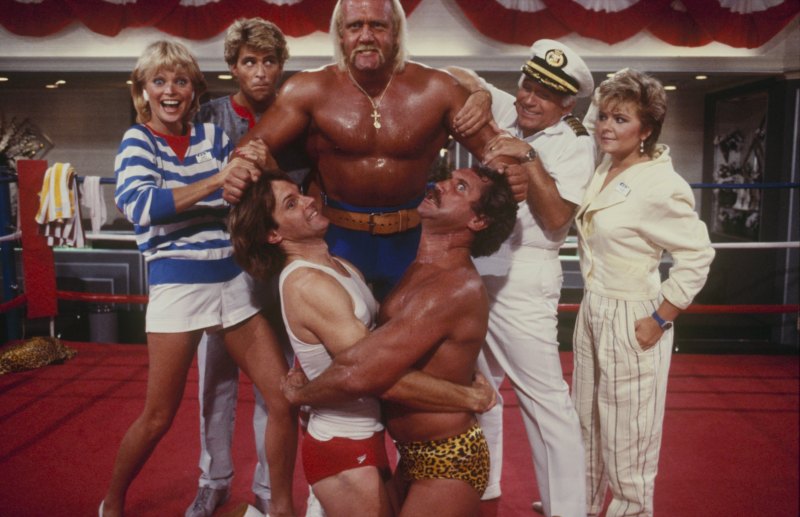 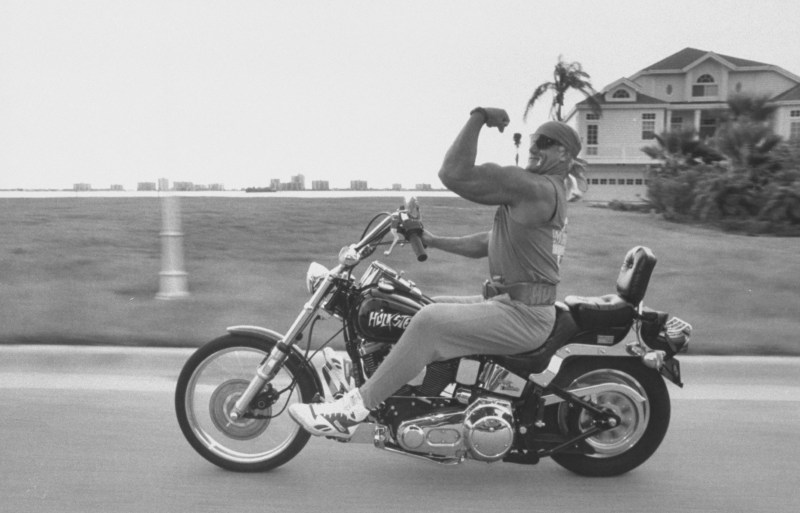 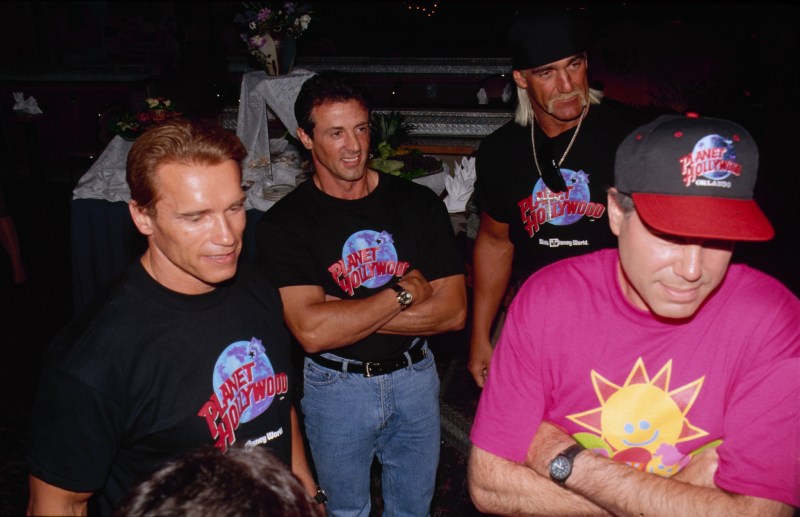 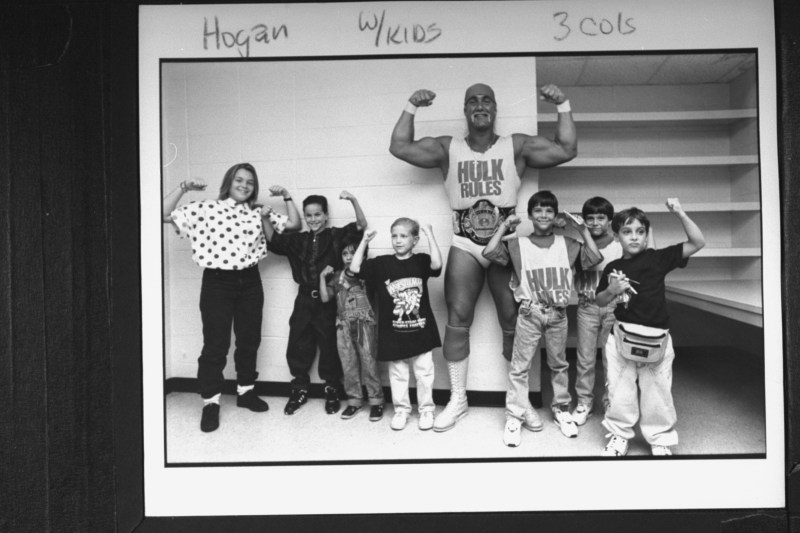