As comforting as a CTE quick-fix sounds, the "Q-Collar" is likely malarkey

Fans of the Los Angeles Chargers may have noticed linebacker Drue Tranquill running around this season with an unusual device latched to his neck. He’s wearing a Q-Collar, developed by a fledgling brand of the same name, which, as of now, is the only FDA-cleared device intended to decrease an athlete’s risk of head trauma.

Q-Collar markets its gizmo for hockey players, lacrosse players, cyclists, surfers, kayakers, bull riders and even soldiers, but its clearest use case is for the world of American football, which has an existential concussion problem.

In the 20 years since Dr. Bennet Omalu discovered chronic traumatic encephalopathy in the brain of onetime Pittsburgh Steeler Mike Webster, the NFL has paid out hundreds of millions of dollars in settlements to thousands of families; its community has grappled with multiple brain damage-related suicides of prominent players; and week after week, its active athletes continue to wobble off the turf after agonizing hits. Some fans have quit watching the game entirely, while many who’ve stuck around feel understandably uncomfortable when commentators celebrate that a downed player at least “doesn’t seem to be paralyzed.”

A level of reckoning seems to have finally arrived for the NCAA, too — just last week, there were reports that a lawsuit filed by the widow of Matthew Gee, a former USC linebacker who died in 2018 on account of repeated blows to the head, could be the first to reach a jury. Gee was one of five linebackers on the 1989 Trojans team who died before turning 50.

It’s deeply comforting to think that a miracle device could arrive and make this mess go away…so we can all go back to enjoying big men hit other big men, without having to think about what their brains will look like 15 years later. Carolina Panthers linebacker Luke Kuechly was the first high-profile name to demo the Q-Collar, a few years back, but this season, the apparatus has become more common through the collegiate and professional levels. The development has generated some excitement on Twitter.

But the exact mechanics of how the Q-Collar is supposed to work has drawn criticism from medical experts, as has the consistent conflicts of interest on practically every single study professing its efficacy (the original patent holder for the Q-Collar, Dr. David Smith, is a frequent co-author on research surrounding the Q-Collar’s capacity to mitigate damaging “slosh”).

Basically, the brain sloshes around within the skull when subjected to a violent blow. This is common knowledge in the world of contact sports and concussions. CTE develops over time, as these blows pile up. But the Q-Collar is designed to apply “light pressure to the sides of the neck,” and “increase blood volume in the brain’s venous structures,” thereby offering the brain a protective pillow. Less slosh, less damage. Just a tablespoon of extra blood kept up there, courtesy of a jugular compression collar — with little expense to a player’s comfort or performance — might make the game safer yet.

It’s compelling stuff in a pitch meeting, and clearly, it’s won some supporters (in a recent Instagram post, Tranquill wrote: “I wear Q-Collar for two reasons: to be the best football player for as long as I can & to be available as a husband & father for the long haul. I encourage every athlete to collar up!”) But the science is murky. The best breakdowns of the issues with this technology belong to physiologist Dr. James Smoliga, who wrote an article for The Conversation in 2018, and recently posted a long thread to Twitter, with cited scientific references for every single tweet.

The TL;DR of it all? Q-Collar’s two primary scientific invocations: that of concussion prevalence at altitude, and the physiological make-up of the woodpecker, are both fraught inspirations for a gadget meant to eradicate brain injuries from America’s favorite and most dangerous pastime.

Q-Collar researchers have repeatedly referred to research that displays a decreased risk of concussions sustained in games at higher altitudes (think Denver’s Mile High Stadium); the brain apparently “swells” in such locations, carrying more blood and more protection. In their line of thinking, a Q-Collar could capture that swell-shield for games played right around sea level, too. But in truth, the brain doesn’t swell nearly enough to make much of a difference. Q-Collar cherry-picked a season and a share of data that worked for its product.

Dr. Smoglia has taken pains to exhibit the sheer (and unfortunate) randomness of concussions in the NFL — you could just as easily sort concussion prevalence by “teams with animal logos on their helmets” as pair them with elevation difference. In other words: violent blows happen in every game, to every player, every single week. Players have never experienced extra protection while playing in Denver over Jacksonville.

Secondly, Q-Collar support relies heavily on an unlikely animal: the woodpecker, which spends its days knocking its heads against trees. Just as the bird steels its neck muscles for another afternoon of hard pecking, a specialized cinch on the neck of an athlete could prepare the head for going to battle in the trenches of a goal line. But “woodpeckers don’t play football,” a 2018 study from Dr. Smoglia points out; they have “a specialized skull bone structure and a shock-absorbing beak…along with very specific postures and movements to brace themselves, which helps to dissipate force away from their brains.” And besides, the tiny bird still shows signs of brain injury!

Football’s concussion problem is at an interesting crossroads; the NFL and NCAA can no longer dispute the existence nor pernicious impacts of concussions. But each institution do seem happy to tolerate (and in some cases, financially support) the development of products and spread of information that would seem to suggest there’s some sort of broadly-sourced, scientific task-force with a handle on the issue. Consider: the NFL has funneled hundreds of millions in research and grants for hydraulic helmets and computerized mouth guards. They’ve spent more than the Department of Defense.

Q-Collar keeps pumping out studies, which seems to be enough for obliging media coverage from places like Sports Illustrated. For now, perhaps that’s enough for the NFL. As long as there’s an appearance that something’s being done (sort of like “recycling” plastic to combat climate change), the game’s future will seem secure, and its present can continue to be lucrative. That’s even though every expert worth their salt agrees there is no solution to this problem.

From The New York Times: “When a 310-pound man who runs a 40-yard dash in five seconds flat slams into a running back, that runner’s neck and head accelerate, and the brain and its fibers twist and stretch and tear…[But] the danger isn’t limited to the largest and fastest people. In fact, smaller repeated hits — as opposed to spectacular collisions — are the real danger. Football, brain experts say, can represent imminent danger to the brain of a child, a teenager or an adult. No advance in helmet making, they say, is likely to materially change that.” The money quote, from a physicist in the same article: ““You can make whatever changes you want, but in the end it’s all physics. Talking of new and better buffers is like Goldilocks and the three foams.”

If million-dollar hydraulic helmets designed in Stanford labs aren’t going to eradicate brain injury risk in America’s high-contact sports, can we trust the Q-Collar, which retails for a convenient $200 online? When the product was approved by the FDA last year, the agency’s statement included the ominous line, “[The Q-Collar] hasn’t been proven to prevent concussions or serious head injury.” Its inventors insist that it could limit a build-up of micro injuries (also described as “repetitive sub-concussive head impacts”), though, and and athletes would be silly not to wear it regardless.

But what sort of false confidence might a Q-Collar engender, especially at the professional level? Forget the altitude argument, the woodpeckers, and all the rest — when a player needs to make a game-saving tackle in the flat, he’s going to hit his opponent as hard as possible, and he just might catch a bit of helmet along the way. You’ve got a seatbelt on, sure, but you’re still switching lanes on the Autobahn. 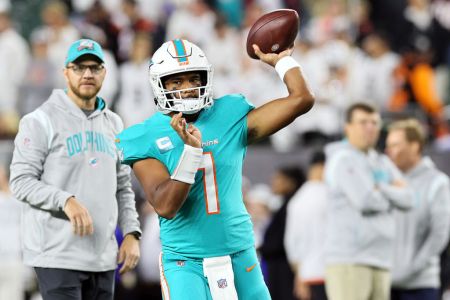 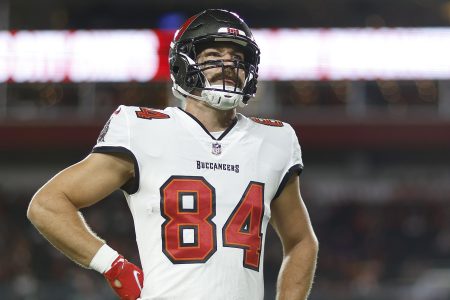 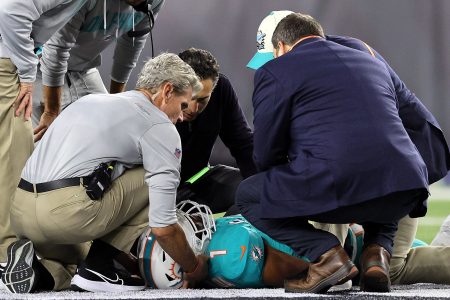