Is the Supernatural at Work in National Park Disappearances?

One famous Bigfoot hunter has become an expert on a strange set of missing persons cases.

These missing persons cases may be better classified as X-files.

As Motherboard chronicles in a new feature, a “cryptozoologist” best known for hunting Bigfoot has become one of the country’s foremost experts on the disturbing number people who have disappeared from national parks over the years.

And while David Paulides hasn’t directly implicated the supernatural as a cause, he points to troubling signs that there are larger forces at work than just a few hikers getting lost. As author of a series of 411 books and a documentary on the subject, he remains vague about his evidence, but has hinted that there are “clusters” of missing cases that are strangely linked to common phenomenon.

There are often thunderstorms, for example, that hit immediately after a person goes missing, he suggests. Also, he says some people have disappeared or been found in the middle of berry bushes. “They go missing while picking berries; and some are found while eating berries,” Paulides writes. “The connection between some disappearances and berries cannot be denied.”

Though the National Parks Service doesn’t keep specific records on the number of disappearances in national parks—which may be the most disturbing finding of the Motherboard story—a recent Outside article pegs the all-time number of missing persons at roughly 1,600. (A vast expanse, to be sure, as national parks account for thousands of square miles in total area.) 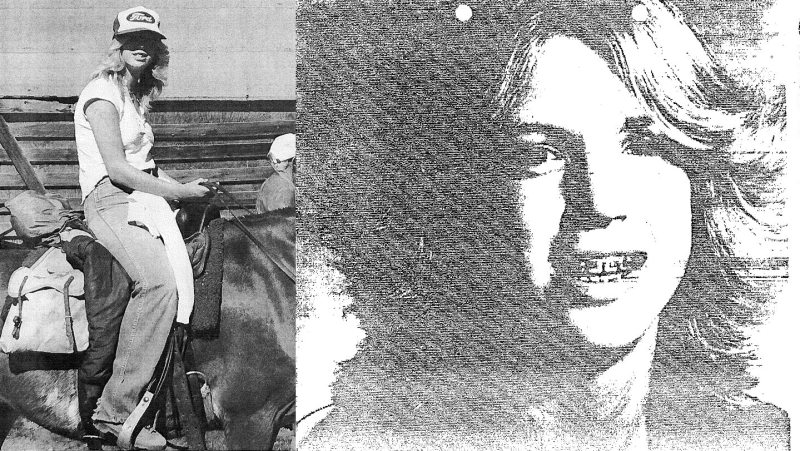 One of the most notorious cases is the July 17, 1981 disappearance of then 14-year-old Stacy Ann Arras, who was last seen hiking away from the rest of her horseback riding group, which included her father, to take a picture of a nearby lake in Yosemite National Park.

Now 36 years later, she remains the subject of a mystery that has captivated generations of would-be sleuths. And to Paulides, at least, a piece of a much larger puzzle.