We asked the Bay Area's most avid outdoorsmen for their favorite paddles, trail runs, ascents and more 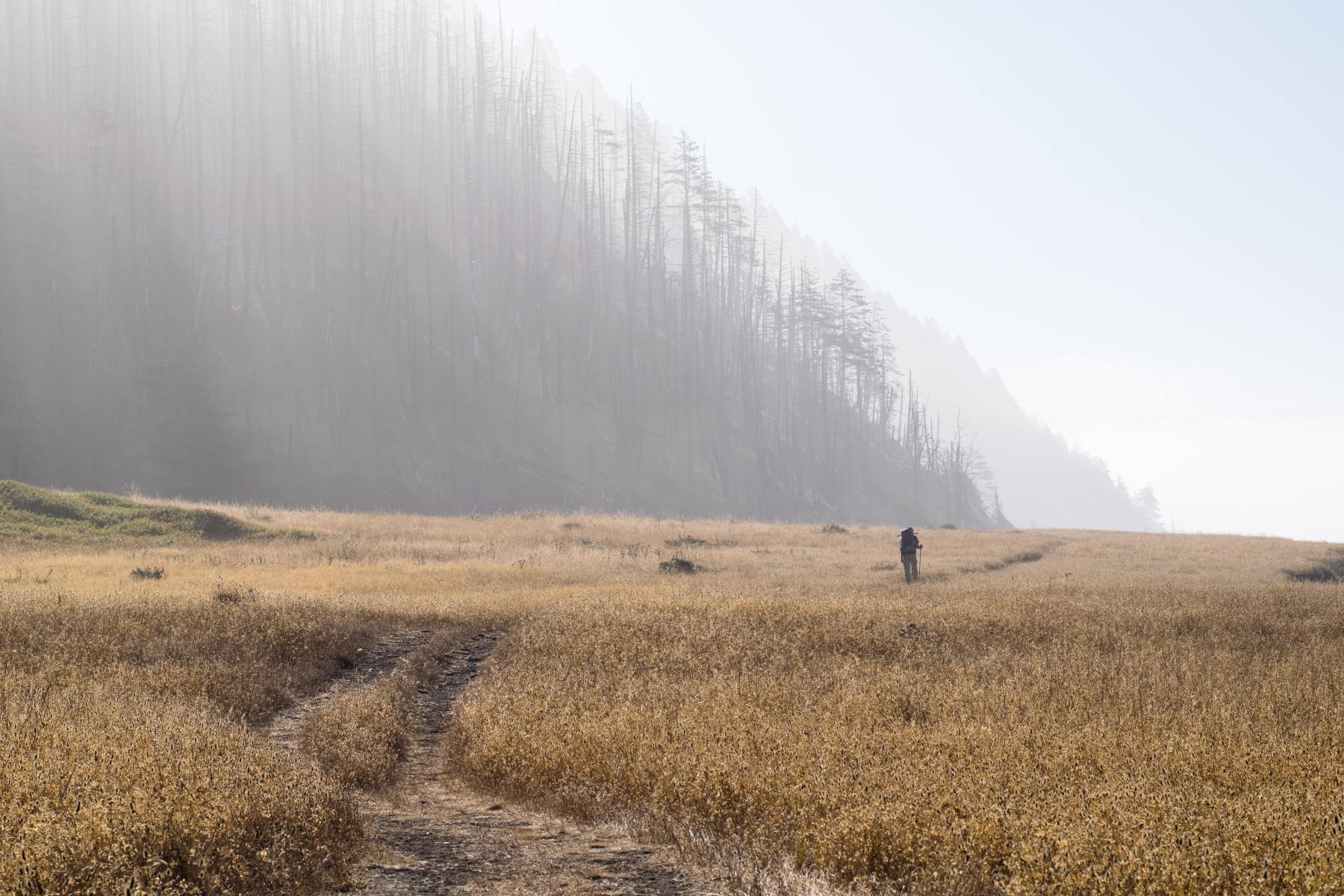 Hiking on the Lost Coast Trail near Ferndale
Alan Carrillo/Unsplash
By Diane Rommel / March 5, 2020 9:00 am

Northern California offers some of the most iconic outdoor adventures in the world: Half Dome, El Capitan, the Lost Coast, Mt. Tam.

So we wondered: What would a bucket list of all those adventures look like? The best-of-the-best adventures that any Bay Area outdoor enthusiast should conquer?

For help constructing the list, we reached out to some of our favorite outdoors types, who recommend must-do challenges like a trail run (beloved of Olympic-caliber athletes) and a descent-centric bike trail that should shred your nerves along with your glutes.

This is an epic run of about 11.5 miles and 2,000+ feet of ascent/descent. It includes three climbs of a mile — or more — and easily some of the most amazing views in the entire Bay Area. This route is run regularly by local elite runners like Devon Yanko and Yiou Wang, who just ran at the Olympic Marathon Trials in Atlanta.

I was first exposed to this route eons ago — circa 2011 — when I was regularly running 10 miles a day (on the “road”). I got mixed up with some ultra-runners who extended me an invitation to join them on Thursday morning (at 5:30 a.m.) for their “ninja run” (hence the “ninja loop”). While I had done trail running in high school, it had been a long time since I had tackled the trail. I hung on for dear life at the back of the pack and managed to finish — but it felt as if I had run about 18 miles.

After I gave my legs a couple weeks to recover, I was hooked on this incredible loop. I tried to do it once a week every week in 2012 and it helped me notch one of the best marathons of my life (and conquer a 50K and a 50-miler).

I also saw my very first rattlesnake on this course.

Part of the reason for choosing this route — beyond just that it’s an excellent climb! — is that articles like this one can have the unintended consequence of concentrating impacts on a particular route for a period of time, and many of the routes and crags in the Bay Area are already suffering under the well-meaning but sustained impacts of high visitation (which is a large part of the reason the BACC exists — to help local land managers manage those impacts sustainably).

Solar Power is somewhat unusual in that it is on a hard rock type that resists damage (welded tuff), the staging/belaying area underneath is on a maintained road (which means climbers aren’t denuding that area, and erosion is managed as part of regular road maintenance), and the access is via an official park-maintained trail that’s used by other park user groups (i.e., hikers).

It’s a classic bucket-list Bay Area climb — not only for the outstanding athletic movement it offers, but also because it can withstand the attention of a high volume of climbers.

It’s the best of Bay Area in one: It’s impossible to park. It’s impossibly gorgeous. You start in the redwoods, then climb and climb and climb — they call it Cardiac Hill for a reason — until you come to the golden, rolling hills at the top, then keep descending until you hit the ocean, with tacos and beer on the sand at Stinson Beach’s Siren Canteen. Perfection all the way around.

Actually, I’ve got three. Forgive the biased opinion, because I guide two of them. The best trip is a humpback whale and sea otter tour out of Moss Landing — it’s an amazing adventure. And then the most popular tour is the “Seals and Sea Otters” tour of Elkhorn Slough, also from Moss Landing.

Otherwise, take a look at Tomales Bay in Marin. Tomales Bay is located in the Point Reyes National Seashore, and there are one-day and overnight tours offered in this area. This 10-mile long bay features harbor seals, leopard sharks, bat rays, tule elk, deer, mountain lions and bioluminescence. Just keep an eye on the tides and watch out for strong northwest winds in the afternoon.

A favorite escape from the city for the crew at Pedal Revolution is a ride just across the Golden Gate Bridge into the Marin Headlands, where one can access a number of gentle, meandering dirt roads that wind up the mountainside overlooking Rodeo Beach. This ride takes you through San Francisco, across one of the more scenic bridges on the West Coast, and into the sublime natural coastal environment of the Marin Headlands, where you can access the Bobcat Trail and climb up the hillside watching the views become more and more dramatic. Bring snacks, low-ish gears, and mid-wide tires (gravel, touring or mountain bike is ideal) and enjoy this near people-free escape right next to the city. If a longer ride is desired, one can connect the Bobcat Trail to the Marincello Trail to the Miwok Trail, which will loop you back to the valley floor near Rodeo Beach for a quick ocean feet-dip before heading back across the Golden Gate Bridge into the city.

It won’t open ’til 2022, but the new campground at Fort Ord Dunes State Park is already a classic in the making. Once the site of the titular military installation — and only a decade into its tenure as a state park — Fort Ord includes four miles of priceless Monterey coastline. Of the park’s 130 acres, 17 are under development for visitor services, including space for RVs with electrical and water hookups, 43 sites for tents, and space for hikers and cyclists who show up looking for a place to sleep. No word yet on when those campsites will come up for reservation, but we’ll be ready when they do.

We have our choice of long-distance trails — from the Skyline-to-the-Sea in the Santa Cruz Mountains to a literal lifetime of hikes beyond — but there’s something special about the misty, wild, often-very-wet Lost Coast, quite possibly the world’s best coastal hike. So far outside of the intense vortex of interest that makes Yosemite overnights so complex, this three-day trek offers all the beauty and a fraction of the hassle.

There’s no other place where you can see the Golden Gate Bridge, a nearly panoramic view of the Bay, have a chance to watch sailboats and cargo ships make their way across the Pacific, and take in our hilly city than atop Hawk Hill. Start your ride along the waterfront or in the Presidio, cross over the Golden Gate Bridge and to the left to climb into the Marin Headlands where an outlook on the tip top of Hawk Hill awaits you. To really make the most of the views, we recommend catching the sunrise or sunset (that’s when the locals are about). Don’t forget a camera — and layers!

A former logging site in the 19th century, the preserve land was purchased by the Midpeninsula Regional Open Space Preserve in 1984. The former logging roads, connected with newly built footpaths, now serve as excellent hiking trails to explore the slopes of the Santa Cruz Mountains and the towering redwoods that call it home. Walk with majestic redwoods and take in views of the Pacific and Half Moon Bay on this quintessential northern California hike.

This trail is the first official section of Ridge Trail. Dedicated in 1989, along with trail in Wunderlich County Park, the trail was the first step to making a vision of a continuous a 550-mile trail around the Bay a reality. Thirty years later, the Ridge Trail is now 380 miles and growing with countless opportunities for exploration and adventure — but this hike will always hold a special spot in our hearts.

The place to mountain bike in the Bay Area is El Corte de Madera Creek Open Space, aka Skeggs Point. With more than 34 miles of trails, enjoy redwoods, ocean views and rare sandstone formations. There are endless ride possibilities. Not for the faint of heart, you start at the top of the ridge and drop several hundred feet on most trails — then climb. After the ride, stop at Alice’s Restaurant, where you can get anything you want — including good food and a great selection of beers on tap. 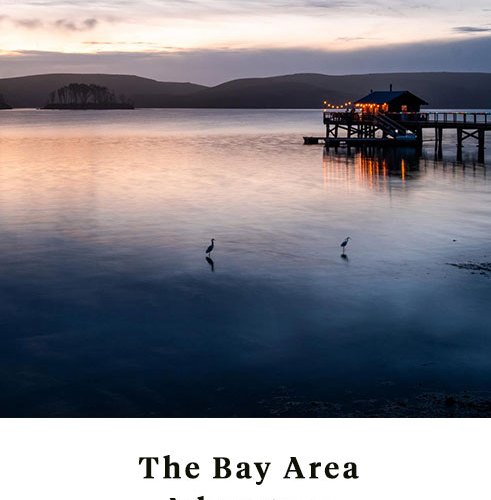