NYC Pop-Up OkDongsik Is Only Serving One Delicious Main Course

OkDongsik is the top spot to get dwaeji-gomtang in NYC.
HAND Hospitality
By Evan Bleier @itishowitis

If you intentionally set out to be a one-trick pony, that one trick had better be a damn doozy. Fortunately for South Korean chef Ok Dongsik, his single-item menu has been deemed worthy of the main ring at the rodeo by the highest judges in the culinary world, as his self-titled Seoul restaurant has been recognized by Michelin with a Bib Gourmand distinction since 2016.

Now, years after earning Michelin honors, Dongsik is adding to his permanent locations in Seo-kyo and Han-nam with OkDongsik pop-up at 13 East 30th Street in Manhattan. The temporary outpost will be dishing up dwaeji-gomtang (pork bone broth), served in the style of gukbap (rice soup) this winter.

Opened in November in partnership with New York-based restaurant group HAND Hospitality, OkDongsik’s version of gomtang, which is traditionally a beef bone soup, is instead made by boiling pork cuts sourced from Berkshire Ks, a crossbreed of purebred U.S. Berkshire pigs and native pigs from Korea. OkDongsik is also offering dumplings filled with housemade kimchi, braised pork and glass noodles, along with Korean soju and a small selection of beer.

The simnihyang rice that goes into the pork gomtang was exclusively imported from Korea for the pop-up. “The taste and aroma of the rice are most important, so we selected the rice that best matches the taste of our gomtang,” Alex Park, HAND Hospitality principal, tells InsideHook. “It is sticky, soft and savory. The way chef Dongsik prepares the rice is also very important. He uses a traditional method called toryeom where he pours and drains hot broth repeatedly until the rice is warmed through and soaks up all the delicious flavor of the broth.”

Made by boiling only the leanest cuts of pork, the broth in OkDongsik-style gomtang is clean like a consommé. “Chef wanted to make a soup that is satisfying and delicious and also easy on the stomach,” Park says. “His philosophy on food is that a satisfying meal includes the feeling after you finish the food. OkDongsik’s gomtang is very meaty and full of flavor, but in a light, delicate way. There is a generous amount of pork inside but it is thinly sliced, so it doesn’t feel too heavy.” 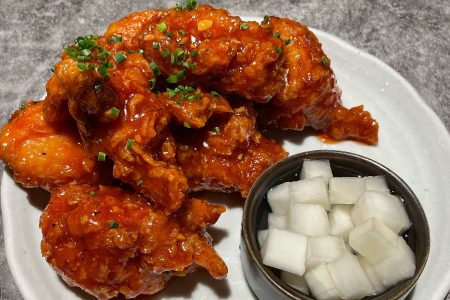 Korean Fried Chicken Is the Only Kind of KFC Worth Making. Here’s How.

The pork gomtang may be on the lighter side, but it has developed a substantial enough following in Korea that Park is confident the 500-square-foot OkDongsik pop-up will find success in NYC, despite its tiny menu. “When HAND seeks out collaboration opportunities, we look for brands outside of the U.S. that have a unique selling point and also a solid fan base,” he says. “There’s something special about his particular gomtang, and we were in love with it as soon as we tasted it. It is a very comforting bowl of soup. OkDongsik in Seoul is loved by people of all ages, so we were confident in bringing it to New York City.”

Take a seat at one of the 10 stools at the intimate wooden counter where you can watch the chef do what he does best. But do it quickly because OkDongsik shutters in April 2023. 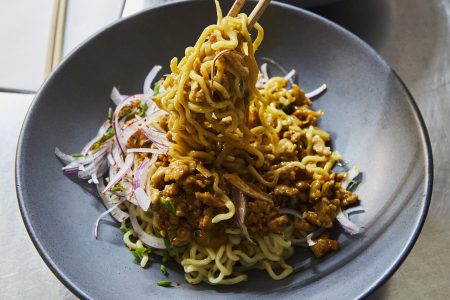 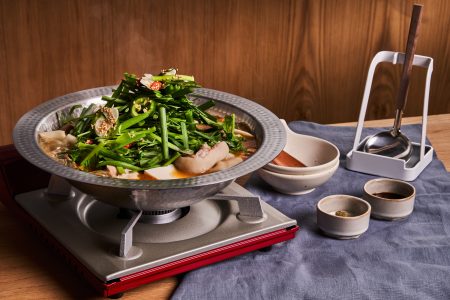 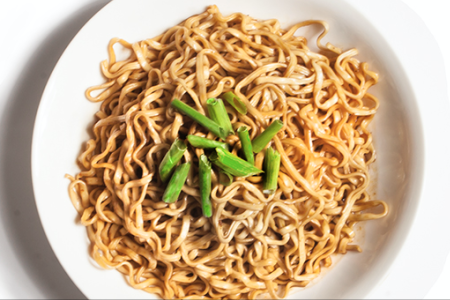