When did renouncing PTO become a workplace flex?

According to a study by the U.S. Travel Association, Americans wasted a record-setting 658 million vacation days in 2016, capping a 15-year decline in vacation usage. That number increased again (by four million) in 2017, and then again (by another 43 million) the following year. By 2019, more than 768 million vacation days were going unused, with more than half of Americans finishing the year with unused time.

I’ve personally spent a little more than a decade in the workforce and have already amassed dozens of memories involving arguments with coworkers across several industries over who took less time — whether for illness, vacation or even bereavement — off from work. The prize, aside from a bizarre set of bragging rights and an increased risk of burnout? Unclear.

Maybe that stems from the manner in which we accrue, or don’t accrue, our time off. In one of my previous jobs, I was allowed five sick days and 20 vacation days per year. Whatever went unused was paid out to me at the end of the fiscal calendar year, although I tended to use every last minute of it, both because there were explicit quotas in place and because it was made abundantly clear to me that I was expected to take the time. Having since worked in a workplace with a quote-unquote unlimited vacation policy, I now know that when the rules around paid time off become less obvious — and particularly when coupled with a pandemic and the added flexibility that comes with a virtual workplace — forgoing them entirely becomes a more common practice.

According to a handful of HR Executives and company heads, that ambiguity is primarily by design. Unlimited vacation time sounds like an amazing job perk when you first hear it, but in most cases, it’s a marketing ruse, they say.

“People think unlimited PTO is something that should be desired. In reality, people who have an opportunity to take as many vacations as they can will end up taking fewer days off than those with a limited amount of days off in a year. In a nutshell, the unlimited PTO policy is a marketing trick that is supposed to lure people into applying for the job,” Branka Vuleta, founder of LegalJobs.io, says.

“For companies, the unlimited PTO policy comes with perks. It’s a cost-saving solution, as companies aren’t obliged to pay their employees for their unused vacation days. Furthermore, they’re less liable, since they don’t have to track it and abide by the same rules as companies with a limited vacation policy,” she continues.

Marketing techniques aside, employees are still entitled to their time off, which the implementation of unlimited vacation time is in no way a negation of. That much everyone can agree on. So from the employee vantage point, the issue becomes more about how much time they are genuinely entitled to, in addition to how much of that time will be actually taken “off.” If you’re in a job where you can technically work from anywhere, is it really necessary to take a week off from work? The unspoken caveat of unlimited vacation time is, in many cases, an understanding between employees and employer that the former will be available, in at least some capacity, while “on vacation.”

“Employees feel pressure to be working all the time. No one wants to be the employee at the office that has the reputation of constantly being on vacation. Taking a vacation in an unlimited context can lead to many employees feeling guilty that they aren’t at the office working when their colleagues are,” says Ouriel Lemmel, the CEO and founder of the WinIt app, says.

There are other factors as well, like arranging for how, exactly, one’s work will be covered while they are away, or a fear that successful coverage could diminish their value in the eyes of superiors.

“When it comes down to it, most employees want to know what is expected of them. Having unlimited vacation time leads to unclear expectations from their employer. It leaves employees wondering, ‘Will they be upset with me if I take two weeks’ vacation?’“ Lemmel, who was also featured in Forbes’ 30 Under 30, continues. “[It] also leads to a lack of transparency about how the work will be done in the employee’s absence.”

Of course, the problem is by no means limited to junior or associate-level employees. If anything, it might be more pronounced at the managerial level. The more critical — or perhaps less replaceable — someone feels they are to a company’s day-to-day functions, the more reluctant they are to take time off. Ultimately, that mentality can result in uneven workplace vacation habits, and foster a sense of resentment that is damaging to morale.

Among the experts with whom I spoke — including both Lemmel and Timeshatter CEO Brian Donovan — the feelings of guilt that attend “unlimited” vacation time were a constant. And that guilt has ostensibly become the greatest deterrent to taking time off.

“One of the biggest difficulties occurs when an employee who previously accrued vacation days all of a sudden has unlimited days. When you have gotten used to one way of working, [and] you develop a certain mindset that is hard to get out of,” Donovan says. “Many people have developed a mindset that you have to work yourself to the bone and truly earn your vacation days, so taking unlimited days off often contributes to feelings of guilt.”

Regardless of how you package it, the fact remains that vacation time is important. It’s good for not only the preservation of employee health — both mental and physical — which can lead to higher retention rates, but also for recognizing potential and developing other team members. There are so many benefits to taking time off from work, and so much readily available scientific evidence supporting that sentiment, that it’s disconcerting that we’re still working to strike a balance where vacation is involved.

“The best solution, in my mind, is having a minimum amount of days that everyone has to take off. This enforces the opportunity to get away and gain perspective and [also] helps those having difficult times get away from work with advocacy from HR,” says HR Executive Diane Gallo.

In other words, more companies need to adopt “enforced” vacation policies, whether the cap on those policies is restricted or not. But unlimited vacation with no stipulations? At present, it’s achieving the opposite effect, and killing the vacation altogether. 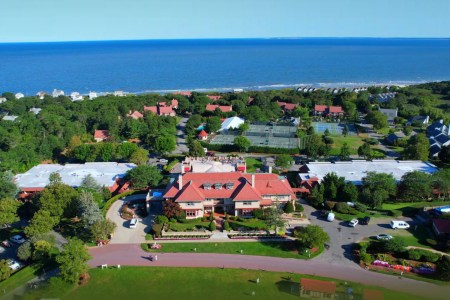 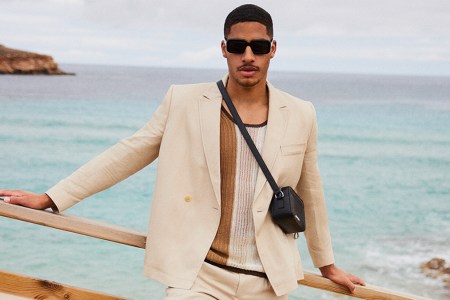 4 Vacation Looks for Your Upcoming Getaway 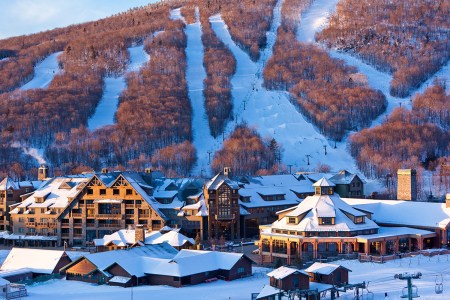