The 77-year-old songwriter has reinvented himself yet again 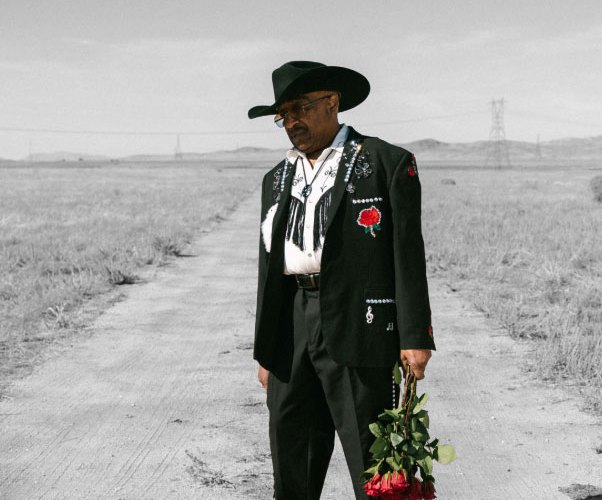 It’s hard, these days, to imagine Jerry “Swamp Dogg” Williams being afraid of anything.

This is, after all, the man who put out an album (1971’s Rat On!) with a cover that featured a photo of him grinning while seated astride a giant rat — not exactly the move of someone who lacks confidence. But before he adopted the Swamp Dogg persona, back when he was still performing as Little Jerry Williams in the 1950s, the singer suffered from terrible stage fright.

“I used to go on stage, and not only was I hesitant, but I was afraid the whole time I was on there,” he tells InsideHook. Eventually, though, Williams, now 77, realized the other artists whose confidence he envied were just as scared as he was, and he was able to get over his reservations about performing (“Year after year, you learn what’s wrong with you, and you work on it,” he explains). In 1970, Swamp Dogg was born.

And then, decades later, in 2018, he was reborn with the adventurous Love, Loss and Auto-Tune, which recently enjoyed a bump in sales thanks to a high-profile mention in Hulu’s High Fidelity remake. Now the psychedelic soul man is reinventing himself yet again; he’s been influenced by country music for as long as he can remember — he co-wrote “Don’t Take Her (She’s All I Got),” popularized by Johnny Paycheck in 1971 — but with his latest album, Sorry You Couldn’t Make It (out today), he’s finally able to fully embrace the sound he grew up with.

“I had tried to do it several years ago, in the ’80s, and I wasn’t really cutting Swamp Dogg into it,” he says. “I was cutting this other country act, and then he went crazy on me. So I ended up shelving his stuff. And then one day I decided, ‘I think I’ll try it.’ So I went in the studio with it. I liked it. Other people liked it, and Mercury wanted it. Then they chickened out at the last minute because they were afraid of signing a black country act. So that’s where that ended until here lately.”

The record, produced by Poliça’s Ryan Olson and featuring collaborations with Justin Vernon, Jenny Lewis, John Prine and Sam Amidon, is the result of a leap of faith from Williams; knowing he wanted to change things up, he surrendered creative control as an experiment of sorts.

“I knew I wanted something different,” he explains. “So I called on them to see if they would be interested in producing me, and they would have total musical autonomy. And bad as I wanted to say something, get in it, I didn’t. I was surprised at myself. I didn’t give them any problems and I let them do what they wanted to do, whether I agreed with it or not. And at the end of the project, I agreed with everything they did. So that’s how we got it together. We started talking on the telephone and so forth, and then we put a time together and we went into Nashville and cut the darn thing.”

Sorry You Couldn’t Make It includes vocals from Prine on two tracks, as well as material that Williams wrote and demoed decades ago, when he was in his forties. Part of the leeway Olson was granted included the ability to go through the prolific singer’s vast collection of unfinished material.

“Ryan stayed here at my house while I was out of town, and he went through all of my songs,” Williams says. “I don’t know if he went through all of them because I’ve got about 1,200 or 1,300 songs that I haven’t ever recorded. So all he could do is go by words, look at the words and see … they add up quick if you’re as persistent as I’ve been. Because I love writing and recording.”

He keeps a notebook nearby whenever he can, just in case inspiration strikes — which it does often. “I’ll write it on just about anything that hopefully is paper or something,” he says with a laugh. “I’m not going to write on your furniture and all that kind of shit.”

In a lot of ways, it feels like the world needs Swamp Dogg more than ever. Songs like “God Bless America (For What)” — with lyrics like “Oh what a joke is the Statue of Liberty when the Indians on the reservation and black folks still ain’t free/Hate, war and destruction is all our forefathers took time to sow … You see kids are tired of growing up just to fight another war and singing God bless America/Unless they know, they know what for” — feel especially relevant given today’s political climate, and as Williams says, it’s hard to feel like much improvement has been made in the decades since it was released.

“Not much has changed, and I really can’t put my finger on what has changed, but I’m hoping we’ve made some changes in the meantime,” he says. “A lot of my songs are more relevant today than they were yesterday. And that’s one of the things that held Swamp Dogg down, is that the guys in the suit were afraid of my outlook and attitude towards what was going on, especially when Nixon was in the White House. And they were afraid of me. They signed me, then they tried to talk me into doing something different, which I wouldn’t do … They just had to have them some Swamp Dogg, but when they did get some, they didn’t want it.”

That never discouraged him from pressing on, however, and he has continued to jump from genre to genre in an effort to keep Swamp Dogg fresh and reimagine what the project can be.

“I guess it’s almost like a person that’s a man or a woman that’s trying to keep their marriage alive,” he explains. “They bring flowers, they bring presents, although they live together, they take you out to dinner and just to try to hit that point where all of a sudden the marriage or the relationship just blows up into great upgraded things. That’s what I’ve been doing with my music. Hell, I’ve got two albums ready now in the can.”

Ultimately, rather than album sales or critical acclaim, it’s feedback from fans that gives Williams a sense of purpose.

“It lets me know that people are still listening to me, and it also helps my ego,” he says. “I mean, you need a little ego no matter what, even if you’re a house painter, you need a little ego. It’s like, ‘Yeah. I painted that.’ When people can tell me — and they do tell me — what they were doing at the time that this song came out, how they feel about it and how they felt about it, that’s where a lot of my happiness comes from because I seem to like everybody else’s music better than mine.”

“There’s not a day that goes by that I don’t hear something that’s, ‘Damn. I wish I had written that,’” he continues. “How do I put this? I need it. It helps me when they say ‘I love it,’ and then sometimes I wonder about them because, “Damn you like that, huh?” Yeah. And they’ll tell me, and it just gives me incentive, more ideas.”

Ideas aren’t exactly in short supply for him, and Williams is determined to continue pushing forward, unafraid, as long as he can.

“I intend to keep making records,” he says. “I don’t just do one type. I mean all types of music. Right now we’re working on five different albums, which are all hip-hop… I intend to be in the studio when I’m 100. I really do. I don’t know how well that’s going to work out, but it is my intention at this time. I feel great. I forget how old I am. I go onstage, I do a better show now than I did when I was 22. I can look back and see all the things that I did and I was afraid of. I’m not afraid anymore.”

At 63, Def Leppard’s Phil Collen Is the World’s Fittest Rock Star
The Life, Death and Rebirth of Maybach, Mercedes-Benz's Luxury Zombie Brand
How Maitland Ward Went From Mainstream to Adult Films and Back Again
R.I.P. the Unofficial Finance Bro Uniform
A Perfect Storm of Factors Suggests That Americans Are Going to Vacation Like the French This Summer
How Short Shorts Is Too Short Shorts?

How Short Shorts Is Too Short Shorts?
The Real Problem With Male Birth Control
The 25 Best Walk-Up Songs in Baseball History
Why Do So Many Men With Big Penises Think They Have Small Ones?
How I Manage to Stay Healthy While Running Over 100 Miles a Week