Songs of the Week: Leonard Cohen, Frank Ocean and More

Here's everything you need to hear from the week of 10/24.

As we get closer to the end of October, we’re slowly but surely getting more glimpses of the new music that 2020 will bring. This week saw the release of singles from January albums by Rufus Wainwright, Kesha, Wire, Destroyer and more. Beyond that, we got a star-studded “Good As Hell” remix from Lizzo, a posthumous Leonard Cohen song and…a Dolly Parton EDM track? As always, we rounded it all up for you in one convenient playlist. Check out everything you need to hear from the week of 10/24 below.

It’s been too long since we’ve had a proper pop album from Rufus Wainwright, but this week the singer finally announced a follow-up to 2012’s Out of the Game. There’s no release date as of yet, but we did get our first glimpse in the form of “Trouble in Paradise,” which Wainwright says is inspired by the fashion world. “A little older, a little wiser, but raring to go, I am excited to re-ignite the darker sensibilities of song matched with a musical sense of humor,” he said in a statement. “‘Trouble in Paradise’ is my first offering on this typically intense Wainwright journey. We are in the deep end baby.”

Kesha’s new single is the first taste of her just-announced new album High Road (out Jan. 10, 2020), and the video for the track features the pop star playing a big-haired televangelist who kills her abusive husband. The song itself is lighter, a declaration that “I don’t wanna go to heaven without raising hell.”

Look, did we ask for an EDM cover of John Hiatt’s 1987 hit “Have a Little Faith in Me”? No. But one exists, thanks to Swedish duo Galantis and Dutch rapper Mr. Probz, and it features none other than Dolly Parton. Parton’s part on the club track is great, naturally, but the whole thing surprisingly works together far better than it has any right to.

Leonard Cohen, “Happens to the Heart”

“Happens to the Heart” is our latest taste of the forthcoming posthumous Leonard Cohen album, Thanks for the Dance (out Nov. 22), produced and assembled by Cohen’s son Adam. “I was always working steady, but I never called it art,” the late musician sings. “I got my shit together, meeting Christ and reading Marx. It failed my little fire, but it spread the dying spark. Go tell the young messiah what happens to the heart.”

Mikal Cronin, “On the Shelf”

Mikal Cronin’s excellent new album Seeker (out today) ends on a lovely note with “On the Shelf,” a track he penned for his girlfriend. “She’s also a creative person, she’s a writer, and like most creative people, she was going through a struggle, an emotional struggle about it, like ‘I’m never gonna get anything done, I don’t know what to do,’” Cronin explains to InsideHook. “And so that song is more about like the phrase ‘on the shelf’ is kind of referring to like a book or a record or something like a physical embodiment of your creative endeavors and actually finishing something. And at least for me, like one of the best feelings I know is finishing a new song or writing a new phrase or something, and I thought it was a nice hopeful note to end on, like ‘we’re still looking for it, but it’s gonna work out okay. You’ll be up on that shelf eventually, just keep at it.’”

“DHL” is the first original music from Frank Ocean since 2017. “I got a pack came from DHL, just got up on a pill,” he sings. While we still don’t know much about Ocean’s highly anticipated new album, “DHL” provides some clues — both sonically and in the form of its cover art, which seems to indicate that the song is one of 13 tracks.

Destroyer’s 12th LP Have We Met is slated for a Jan. 31, 2020 release via Merge, and this week we got a taste of it in the form of “Crimson Tide.” “I was like the laziest river, a vulture predisposed to eating off floors/No, wait, I take that back — I was more like an ocean, stuck inside hospital corridors,” Dan Bejar speak-sings.

Hop Along frontwoman Frances Quinlan’s debut solo album, Likewise, will be out Jan. 31 via Saddle Creek, and first single “Rare Thing” draws its inspiration from a dream she had about her infant niece. “My love, in the dream, you were already speaking,” she sings.

There’s usually no sense in messing with perfection, and there’s not much that could be added to Lizzo’s “Good As Hell” to improve it, but Ariana Grande’s guest appearance on the remix is a nice touch nonetheless. “He better know my worth, there’s so much that I deserve,” she sings. “But I ain’t worried now, I’mma let my hair down.”

The new album from these post-punk legends, Mind Hive, is due out Jan. 24, 2020, and the imagery in the video for single “Cactused” comes from People in a Film, the upcoming documentary about the group that will be released later that year. “You better watch your step, you shouldn’t place your bet,” Graham Lewis sings on the track. 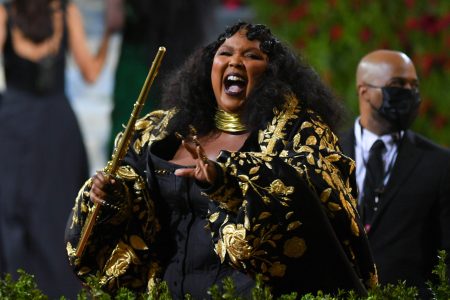 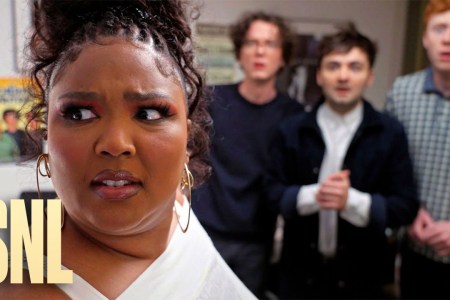 Writer's Block Goes to Strange Places on a New "SNL" 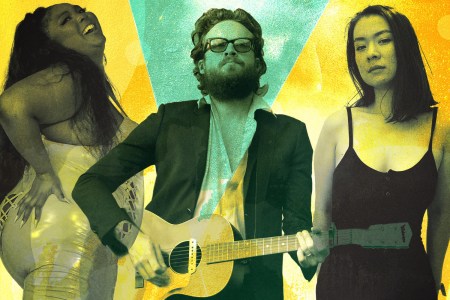