Kat Von D is the most well-known female tattoo artist in the world. The Mexican native made waves in 2007 when she starred in a reality show, LA Ink, about the studio she owned and operated at the time, then went on to become a recognized author, animal rights activist, makeup mogul, shoe designer and musician who released her debut album last year, Love Made Me Do It.

Classically trained as a musician as a child, Kat’s album features collaborations with Dave Grohl, Nine Inch Nails’ Danny Lohner, Bauhaus’s Peter Murphy and 4 Non Blondes singer Linda Perry. The album is influenced by analogue synthwave icons like Depeche Mode and The Cure, and uses retro horror films like The Exorcist as a metaphor for being possessed by someone in a romantic relationship, whether it’s healthy or toxic.

On February 11, she released her newest single, a cover of Selena’s “Fotos y Recuerdos (Pictures and Memories),” and she’s preparing to kick off a tour in Pittsburgh on February 28 that will stop in 20 other cities across the country before hitting Europe and the UK in May.

In between home viewings — the artist is selling her Victorian mansion in Los Angeles for $15 million, which has a blood red swimming pool — she spoke with InsideHook about her new music, tattoos and finding beauty in the macabre.

InsideHook: How are the home viewings going? Are you excited to move to Indiana?

Kat Von D: Good, good. We just started this week. We are excited to move to Indiana. We’re restoring a Victorian home out there. It’s similar to the one here in Los Angeles but it’s on a bunch of land, which we’re really excited about.

After spending so long as a tattoo artist, is visual storytelling a big part of music for you? I see the tour imagery is by Linda Strawberry, who is such a gifted artist.

I’m a huge fan of Linda, I just got off the phone with her. We’re getting ready to hit the road for our US and Europe tour. Linda and I collaborate to create a vignette for every song we perform on tour. The images onstage are strategically and thoughtfully curated. I love her because we’re on the same wavelength, we both like to find beauty in the macabre. There aren’t that many people like her.

I am always storytelling through visuals. We have an amazing contortionist in my band named Brynn Route, who is a pure athlete. A few of the songs we are playing are designed for Brynn to move to. She’s a huge part of our live shows, along with the visuals we create with Linda. Linda also directed the music video for “I Am Nothing,” where Brynn is dancing on a stripper pole, covered in nothing but red glitter. For me, it’s just being inspired by things organically. This isn’t a costume party or a schtick. I just find what feels to be beautiful and figure out how to put a beautiful spotlight on it.

Can you tell us about the photo of your album cover? [Ed. note: The one pictured at top.]

I’m wearing latex, I love the way it photographs. I wish I could wear latex on stage, but it’s literally like wearing a skintight condom. The sweating is so much. It’s only good for photos. I get all my latex done by my dear friend Nina Kate, who owns Jane Doe Latex. She’ll come over and measure my butt to make sure it fits properly! I just got a custom-made catsuit made with tons of belts and buckles. The album cover features prosthetic tears, which ties into the album’s melancholic sentiment. I thought: Most people look super sexy on their album covers, but how do I make people cry? Tears fit.

For your fans, the music feels like a retreat, a sanctuary people go to, so they feel safe. I know music has been an underlying theme in your life. Did you set out to give people strength, or is it just about getting out this vault of songs you’ve kept inside for so long?

Well, I don’t know if strength is the right word. Whenever I listened to Travis or Concrete Blonde, I always thought, “It’s great someone is singing songs of things I’ve felt but could never put them into words.” You tend to have a sense of belonging when you think of connections in music. If there was one thing I could give people, it would be to make people feel less alone in the world, no matter what their situation, whether they’re going through loss or heartbreak. It’s not really about girl power, it’s more just, like, these are legit feelings and I know there’s other people who know what I’m going through. That’s one of the beautiful things about social media. I have a love-and-hate relationship with it, but I was raised in an era prior to social media. We just had records and cassette tapes. I would go through the thank you credits to try and find other artists who maybe felt like I do.

What was it like collaborating with Peter Murphy from Bauhaus on the album?

I’m a huge Bauhaus fan, so even being mentioned in the same sentence as him, never mind doing an actual duet with him, is hard to believe. He wrote all the lyrics, he’s an amazing poet. Dave Grohl is on the album too, we met when I was tattooing him. We became friends, and when I told him I was recording an album, he said, “I gotta get my drums on there.” We went to the studio one night and recorded three or four songs. He isn’t pigeonholed into one drum style, that speaks volumes for his talent.

How fun was it to do a Selena cover for the song, “Fotos y Recuerdos”?

Selena was a huge part of my childhood. I was born in Mexico and when my family came to America, I didn’t speak any English. Selena’s album Dreaming Of You was playing on constant repeat in my house. It’s how we learned English. When she died, I remember our family was so sad, my sister built a shrine. Years later, I was able to do a tattoo portrait of Selena on her brother. That made me feel close to her spirit. The song pays homage to my childhood. The music video has us performing with images of all of our loved ones who passed away and are no longer with us. My whole career as a tatooer has been celebrating people’s loved ones through tattoos. I love celebrating people. I think that’s what we all want to do: Keep people alive in whatever way we can.

Maybe it’s social media, but it can be hard to change people’s minds about our capabilities. We live in a world where audiences are slow to accept multi-talented people. Was it a challenge to transition into music as a tattoo artist?

I think its an awesome question. As a creative person, I never think there’s such a thing as staying in your lane. When people say that to me, I think it’s a projection of their own weakness. To me, you’re good at whatever you put effort into. I don’t believe people are born with the skill to do something. I think people put in the hours to become exceptional. I was at home drawing or tattooing, while others were smoking weed or out partying, I put in the effort when everyone else wasn’t. Salvador Dalí was more than an artist — he designed architecture, jewelry and furniture, he even had a perfume line. We’re not one-trick chumps. We can master more than one medium. It helps out the other mediums. My experience in TV helped my music videos. If it wasn’t for tattooing, I wouldn’t have met the people who are part of this album.

Who is in your personal art collection at home?

I have a lot of Old Masters-style of oil paintings, Caravaggio- and Rembrandt-type painters, but also modern-day ones who do hyperrealism, like David Kassan. As for tattoo artists, I am covering up a lot of my tattoos and blacking them out. I found one of the best blackout artists in the country, Hoode, who tattoos out of Philadelphia. People were shocked to see my arm covered in all black. I was surprised. I had nothing but garbage underneath it. I just celebrated 14 years of sobriety. My left arm was filled with layers of drunken tattoos I tried to laser off, but laser is so expensive and painful. You must go back 20 times. I thought I had the world’s ugliest arm. He made it so beautiful. It’s a clean look. People were hating on it. I’ve always been from the school of not knowing what people’s personal battles are. People jumping to conclusions should maybe just shut up. I think to each their own. One day, I hope to have my son tattoo me, and I’m sure it will look like a drunken toddler did it, but it will mean something to me. 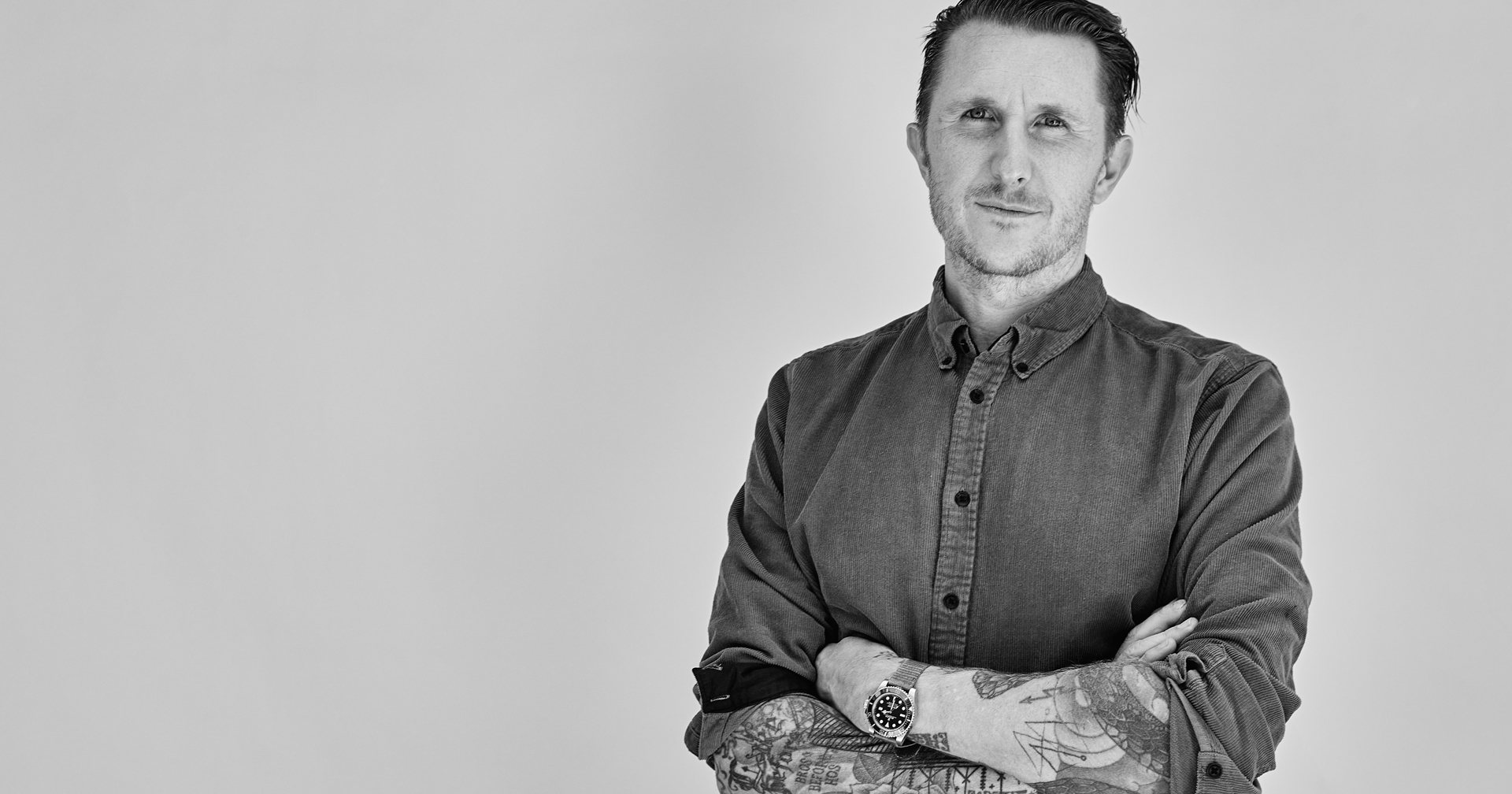 Scott Campbell Explains Why NFTs Are the Future of Tattoos 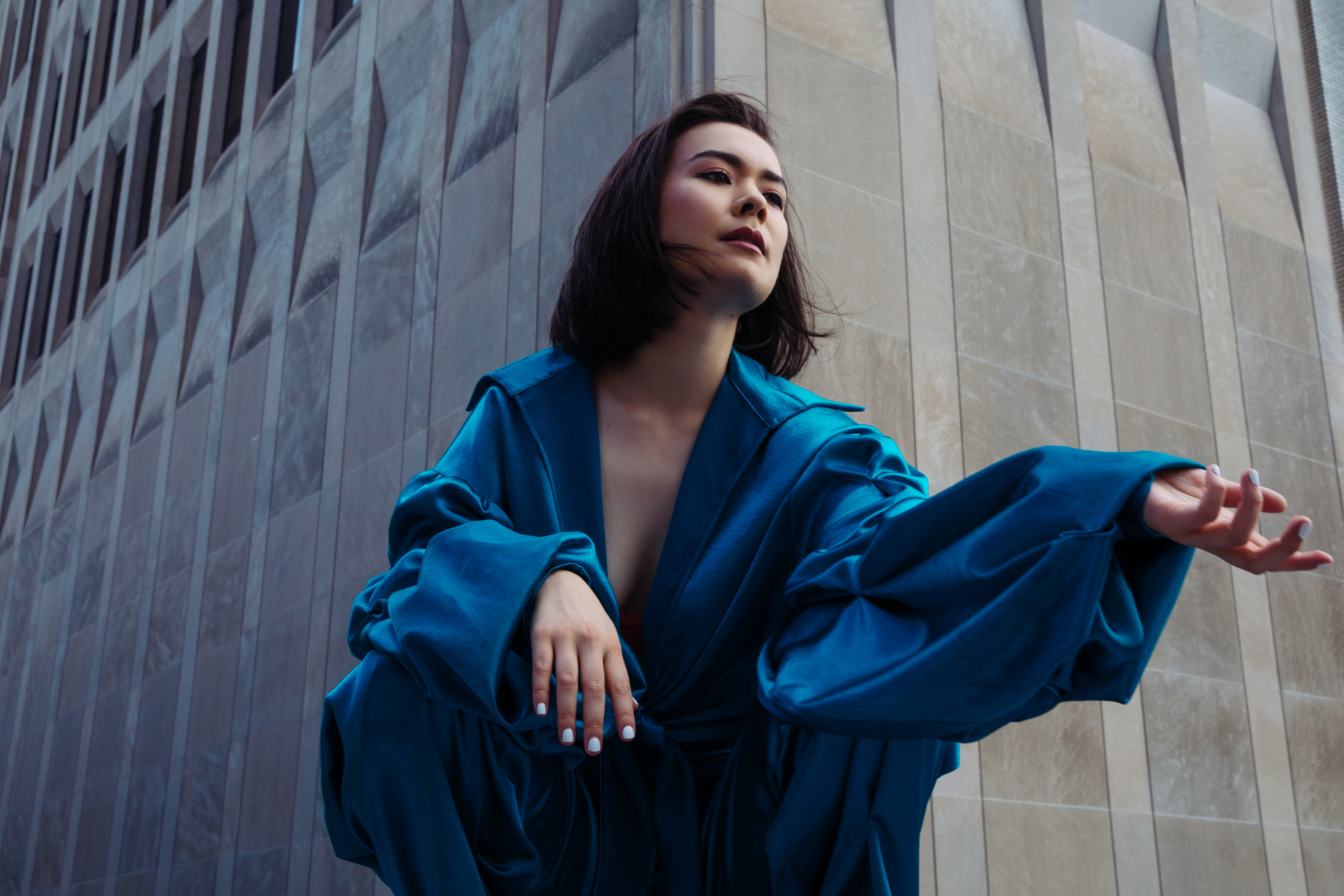 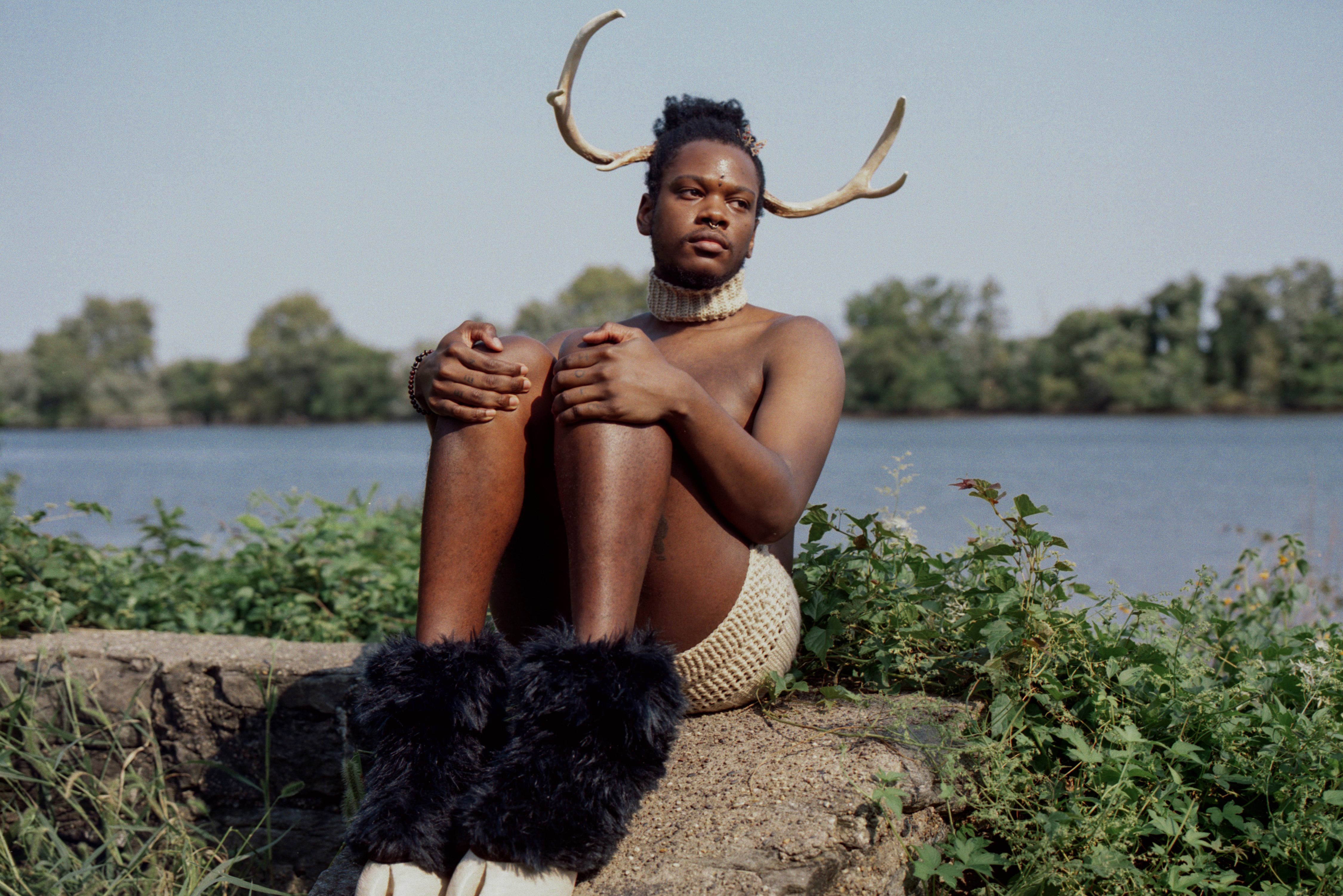 Shamir Tackles Gender, Queerness and Sexuality on His Most Personal Record to Date