Why Rock Stars Get Away With Murder, Sometimes Literally

A conversation with Jake Brennan, the host of the rock ‘n’ roll true-crime podcast “Disgraceland” 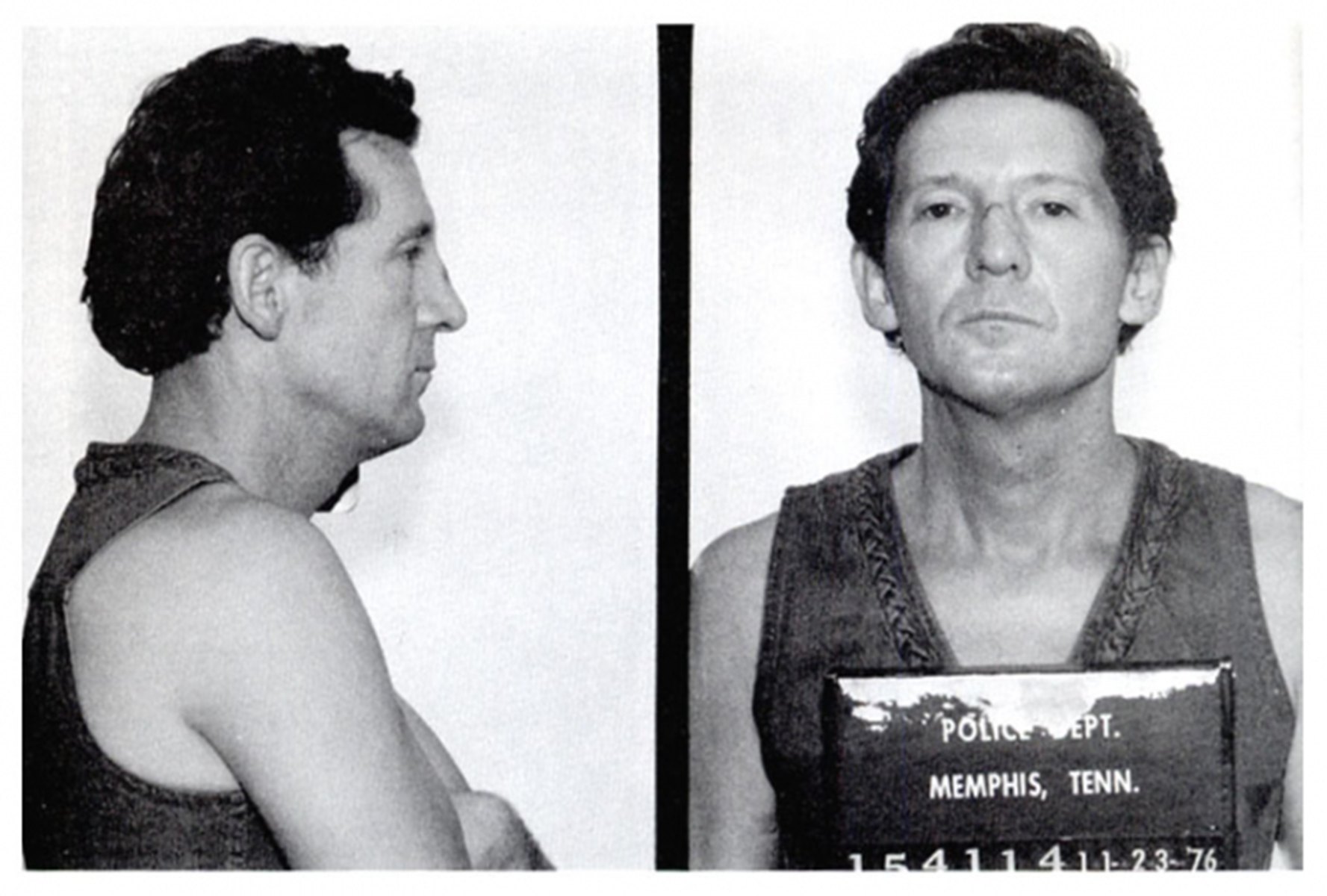 Big Lurch, born Antron Singleton in Dallas in 1976, never hit the Billboard charts during his career and instead made a habit out of hitting joints dipped in formaldehyde and pipes filled with PCP.

The only time Big Lurch made headlines was in 2002, when, after indulging in his second drug of choice and falling victim to hallucinations, he killed his female roommate with his bare hands, cut into her stomach with a paring knife and dined on her inner organs as if they were served up on a charcuterie board.

Jake Brennan, a Boston-based musician, came across Big Lurch’s story while doing research for Disgraceland, a popular podcast which examines the dark corners of the music business through a true-crime lense.

“It was pre-social media,” Brennan tells InsideHook of Big Lurch’s story. “The internet wasn’t anywhere near what it is now. Media wasn’t as driven by the internet then as it is now. And he wasn’t a big star. But if that happened now, it would be all we would be talking about for a month straight. When I read it, I was like, ‘I can’t fucking believe this. What?’ It’s crazy.”

On Disgraceland, stories involving lesser-known musicians like Big Lurch are the exception, not the rule, as Brennan routinely brings shady stories involving household names like Rick James, Mötley Crüe and the Rolling Stones to light.

In his new book, Disgraceland: Musicians Getting Away With Murder and Behaving Very Badly, Brennan expands on some of the stories he’s told in the first two seasons of his podcast, as well as tells untold tales about acts like Led Zeppelin, Jerry Lee Lewis and Elvis Presley.

In some cases, such as that of Lewis, you may know he married his 13-year-old cousin. But did you know he once shot his bass player in the chest with a shotgun or that two of his wives died under very mysterious circumstances?

Probably not, and it’s because society has generally turned a blind eye toward the immoral, and often illegal, behavior of rock stars and allowed it to go on unchecked, according to Brennan.

“It’s tough to do worse than murder, right? I think Jerry Lee Lewis straight up got away with killing one of his wives, most likely two, and that’s really tough,” Brennan says. “I think it’s sort of the central ethos of Disgraceland. I’m not making a judgment on this at all, but I feel like as a culture, we’ve let these people off the hook. It’s almost in a subconscious way. Because they’re rock stars, it’s so baked into the cake of what we expect of them that it just becomes this permissive structure where we allow it to happen. I don’t know why. It’s a compelling question and that’s also why the podcast has been able to become popular and resonate with people.”

In doing his research for two seasons of the show and the book, due out October 1, Brennan has noticed a single characteristic that links the subjects of Disgraceland, both big and small.

“They’re all driven by demons,” he says. “By what Nick Lowe called ‘The beast within.’ That thing that drives them to commit crimes, to act insane and to put themselves in positions where insane things happen to them, that same thing gives them the power and drive to be the incredible artists and entertainers that they are. It comes from the same place. I know that sounds crazy, but it makes it impossible to have one without the other. And it’s not even specific to music as a type of art. Artists, actors, poets, they’re all f*cking nuts. Not all of them, but there’s insanity and crime in all of these cultural mediums.”

In some cases, reporting on musicians in the way he does has altered the way Brennan thinks about their music. In other cases, such as that of a cultural icon and suspected pedophile Michael Jackson, the issue becomes a bit more complicated.

“I don’t know how we wouldn’t listen to Michael Jackson, because his music is more than just a piece of media that we consume, it’s part of our American culture, it’s part of our story in the last hundred years,” Brennan says. “It’s that big. If all the stuff turns out to be true, I still don’t know that we’ll stop listening to Michael Jackson. And that sucks in a lot of ways. If you’re a victim or one of the victim’s families, you’re gonna be inundated with this for the rest of your life. It’s brutal — a full-grown man hanging out with little boys? I’m not trying to blame anyone else, but there were a lot of grown adults around Michael Jackson who I presume knew what was happening.”

With musical legends like Jackson, it can be difficult to allow their criminal behavior to influence the way we treat their musical catalogs.

“I know what these guys did. They’re fucking animals, but I’m still gonna listen to Iggy Pop,” Brennan says. “It’s not gonna make Search and Destroy any less great of a song because of Iggy Pop’s behavior. I’m still gonna listen to Led Zeppelin. It’s an easier question to have when the artist in question is good, not great. When it’s somebody who’s great and who has transcended culture, it becomes a much harder question. It becomes a much harder thing to reconcile.”

Though he’ll still listen to them, delving into Zeppelin — including the infamous mud shark story — and guitarist Jimmy Page’s obsession with the occult and interest in young girls was an eye-opening experience for Brennan.

“What surprised me was just how serious Jimmy Page took the notion of ‘dark power’ and the presumed influence the power he and his band had over other people,” he says. “Not just musically, but personally, sexually, etc. It’s a different type of entitlement that I hadn’t come across before, and is of course, monstrous.”

So how were they able to get away with everything they did?

“Well, Jimmy Page is the devil,” Brennan says. “I’m joking. But other people aren’t. People believe it. Or at least believe Page and Zeppelin made a Faustian bargain a la Robert Johnson to escape judgment, jail and karma. But I just think society was different then. Not only was behavior like that excused, it was encouraged.”