Jordan Peele’s horror thriller Get Out was such a clever, eerie, sometimes hilarious evocation of American racism that it probably could have easily survived several horror movies’ worth of diminishing returns with Peele at the helm. Instead, the comedian turned director/writer/producer went in a stranger direction with the knottier, more dreamlike Us, and now Nope, his third movie as a director, veers further away from traditional horror into alien-attack sci-fi that has become a staple of the summer movie box office. There are still creepy images, several big scares, and, at one point, gallons of blood. But Peele no longer seems poised to become a new John Carpenter or a modern-day Rod Serling (his tenure on a Twilight Zone reboot notwithstanding). Though Serling remains part of his creative DNA, Peele’s formal control, love of humor that momentarily breaks the tension before ratcheting back up and willingness to be a little bit obtuse in the pursuit of original imagery all bring to mind another filmmaker: M. Night Shyamalan.

If that sounds like a dig, it’s not — though it is an acknowledgment that Nope will probably be greeted more like the polarizing Us than the near-universally beloved Get Out. It will be all the more confounding for featuring some familiar, time-tested elements, which I will nonetheless describe carefully, in order to avoid spoilers: Siblings OJ (Daniel Kaluuya) and Emerald (Keke Palmer) Haywood run their late father’s business, supplying horses for film and TV shoots, and become convinced that their ranch is being targeted by alien forces. They then team up with a local tech nerd named Angel (Brandon Perea) to find proof and/or defend themselves. Yet despite ample comic moments and a clear urgency, Peele doesn’t immediately slam the pedal to the metal in pitting humans against otherworldly entities. He keeps a number of crowd-pleasing moments up his sleeve, and he has a delightfully idiosyncratic sense of when and how to release them. Peele may be a cannier showman than Shyamalan, and he certainly has a hipper sense of humor. Yet the pair of them do share some common ground.

As it happens, Shyamalan’s third movie is about to turn 20 and also involves a ground-level response to an alien attack. OK, technically, Shyamalan’s “real” third film is actually The Sixth Sense, the unexpected ghost-story smash that followed a couple of obscure dramas. Sense so thoroughly remade his career that it essentially gave him a hard restart in the genre world, and Signs was his third movie in that realm — his third movie as an auteur of spooky melancholy.

Watching Signs 20 years later, it’s easier to spot both the sincerity and the calculation behind Shyamalan’s slow-building dread. Graham Hess (Mel Gibson) is a minister who has lost his faith following the death of his wife, and the way the fates align as his family and farmhouse are besieged by malevolent, elusive aliens eventually renews it. On paper, it’s hokey stuff, and given Shyamalan’s tendency to give interviews heavy in self-actualization blather, it feels a bit like the filmmaker conflating his precise, sometimes overdetermined storytelling with God. (He wouldn’t be the first director to make this mistake.)

So why does Signs still play so beautifully? Strange as it seems in 2022, part of it is Mel Gibson and how he strips away so much of his usual zany-martyr shtick to play a man seemingly unable to move forward more than a few steps at a time. The movie also brings more overt comic relief into Shyamalan’s hushed staging, via Graham’s underachieving brother Merrill (Joaquin Phoenix) and the cute kids that figure into so much of his work. This, too, is arguably a trick: a hit of pathos to help sell the semi-nonsensical “signs” Shyamalan wants us to look for (which amount to the cold comfort of “everything happens for a reason”). But movies are full of tricks, and if there’s a trace of hucksterism beneath Shyamalan’s deliberate camera movements and slow reveals, so be it. Shyamalan is selling us something, and he sells it well. Later on, he would repeatedly risk alienation with more intentionally duplicitous sells, like the climax of Glass, promising a massive superhero dust-up that pointedly never leaves the parking lot of a psychiatric hospital.

Peele appears more overtly fascinated with the huckster side of showbiz, and since Get Out, he has shown less interest in guiding his audience through a parable, though ample subtext exists beneath both Us and Nope. He allocates nearly all of his crowdpleasing to his characters, rather than a heartening (or acidic) message; in Nope, the team of taciturn OJ, gregarious Emerald and excitable Angel offer in-the-moment reactions (the utterance of the movie’s title becomes a punchy, sometimes gruesome running gag) even when some of the movie’s bigger-picture plans get a little murky. (In addition to Shyamalan, there are echoes of Christopher Nolan: Nope was shot, on IMAX and 65mm film no less, by Nolan’s later-period cinematographer Hoyte van Hoytema, and sometimes the sound editing is a little muddy; there are moments in the back half that might have been clarified by an Inception-style exposition device.) All three of these characters are on the peripheries of filmmaking: OJ is a horse supplier and trainer, whose great-great-great grandfather was the unknown jockey captured in the first-ever moving picture; Emerald advertises her litany of creative side hustles that she insists are her main gigs; Angel specializes in tech installations and inserts himself into the siblings’ plans. The loftiest artiste in the movie (at least in terms of playing a major part in the plot) is still “just” a cinematographer (Michael Wincott, note-perfect, as is the rest of the cast).

So it makes sense that the tail-end of the Nope credits mention how this production was the pilot for Universal’s new Below the Line initiative to diversify their crews; Peele has, among other things, crafted a loving if unsentimental tribute to the people who make the impossible business of capturing of images actually possible. At the same time, Nope isn’t an uncomplicated paean to the power of cinema. There are darker sides to the pursuit of spectacle, including repeated intimations that this pursuit locks us into a struggle with the natural world. This idea has shades, however faint, of Shyamalan’s The Happening, and keeps Nope prickly and unnerving as it, too, moves into summer-movie spectacle, complete with wide-open IMAX vistas and mysterious shapes streaking across the night sky.

It’s a notable contrast with Signs, which shrunk down an alien invasion to fit a home-invasion thriller. In Shyamalan’s film, the big stuff unfolded primarily on television, with the family compulsively watching in awe and horror as reports about crop circles, alien ships and grainy big-gray-men sightings rolling in, as their own environment was subjected more to rustles, clicks and doorknob jiggles. One of its most startling images places the reflection of an intruding alien on a powered-off television screen — a ghost of the media images, materializing in the characters’ home. Nope sets its heroes out to find those images and introduces a character played by Steven Yeun who courts that spectacle (the word becoming a motif in the movie’s screenplay) more actively. It’s not just that Peele doesn’t find solace in coziness — Get Out and Us both involve familial vacation get-togethers violated from the inside — but that Nope specifically understands the restlessness that drives people into confrontations with such vast, unimaginable forces (despite, even, the characters’ titular, common-sense insistences to the contrary).

Both Signs and Nope operate in the shadow of Spielberg, essentially asking what would happen if the mysterious beauty of Close Encounters concealed something malevolent, without the military-grade sound and fury of Independence Day or War of the Worlds. Both movies also reach beyond alien-invasion iconography for their cultural references, especially Nope, where Peele makes up a convincing ’90s sitcom, then rattles off a cast for a made-up ’90s SNL sketch that parodied it. Spielberg is known for his awareness of the audience; Peele and Shyamalan take that awareness to extremes. What ultimately connects them is their willingness to poke around in odd, unexplored corners of their genre set-ups, finding humanity in different places, and, at times, in vastly different conditions. That includes the people looking up at them, in and out of the dark.

Jordan Peele Weighs in on ‘Us’ Fan Theories 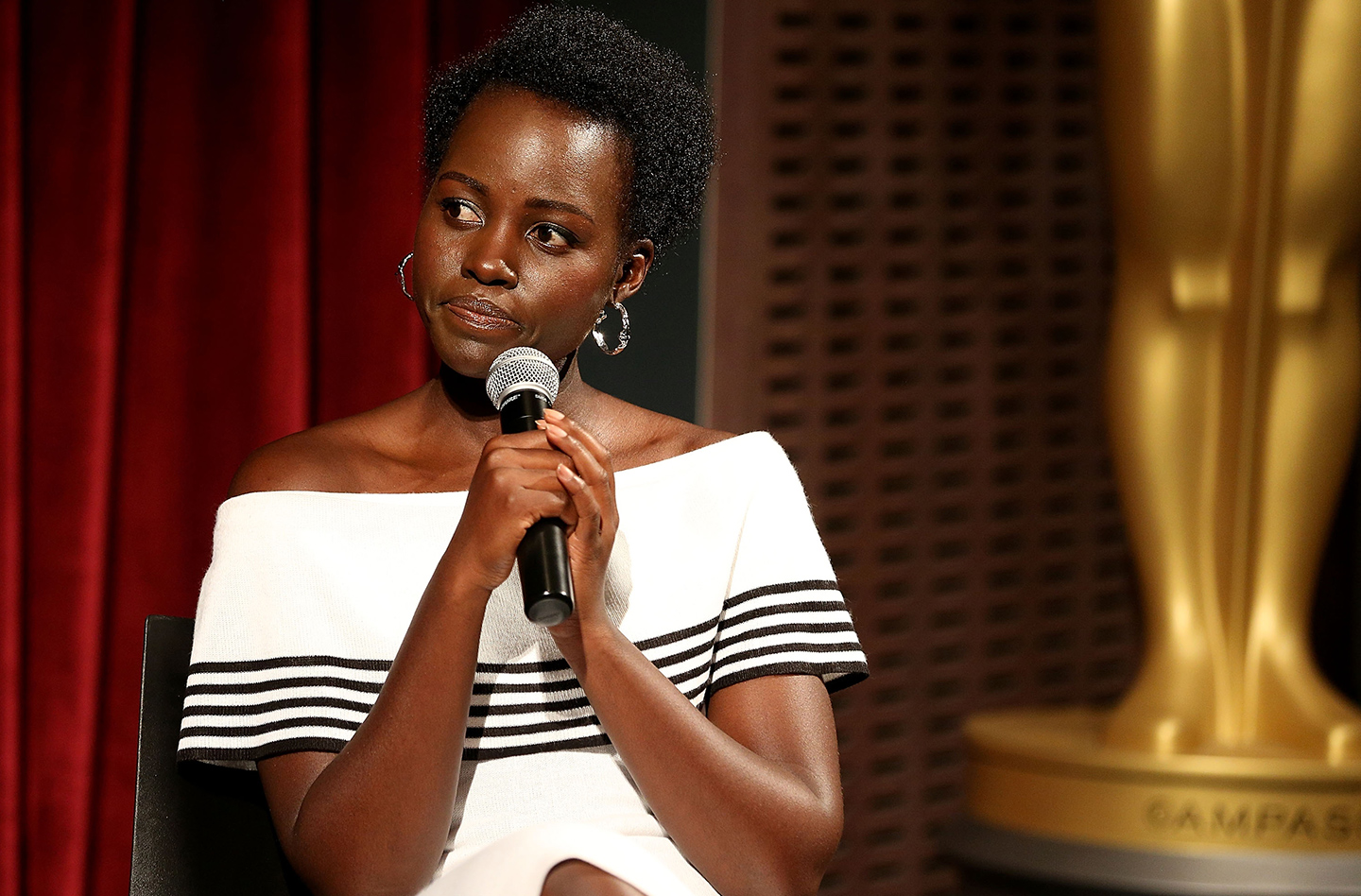