An Ode to Nicolas Cage, Hollywood’s Most Delightful Weirdo

In the decades I’ve spent seeing movies in theaters, I can probably count on one hand the number of times I’ve witnessed a crowd burst into applause despite knowing full well that no one affiliated with the movie was in attendance to hear. Sometimes, it was to recognize a particularly impressive performance, like in the moments after Jennifer Hudson finished belting out “And I Am Telling You I’m Not Going” during her Oscar-winning turn in Dreamgirls. Other times, it was to revel in the thrill of a beloved horror character getting a taste of vengeance, like when Laurie Strode emerged from the shadows to deliver a jump-scare of her own, uttered a campy “Happy Halloween, Michael” and outsmarted Michael Myers — for a brief moment, at least — near the end of 2018’s Halloween. (Unfortunately its entirely joyless sequel did not deliver any similar moments.) Most recently, it was in response to a few unexpected cameos; is there really any other appropriate reaction to Andrew Garfield and Tobey Maguire turning up to recreate a popular meme in Spider-Man: No Way Home?

The best, most satisfying time that this happened in a theater I happened to be sitting in, however, didn’t even occur during the movie itself. It was June 2021; the COVID-19 vaccine had been rolled out to enough people that sitting masked in a movie theater six feet away from any other attendees no longer felt like a massive risk. I don’t even remember what the first film I saw after over a year of isolation was, but I will never forget the first trailer that ran before it: the lights went down, and there was Nicolas Cage, bloody and disheveled in Pig, doing his best to track down whoever kidnapped his precious truffle-hunting pet. The laughter grew as people struggled to wrap their minds around what they were seeing, and at the end of the teaser, the actor delivered a particularly tense, gravelly reading of a simple question: “Who has my pig?”

I am not exaggerating when I say that the place erupted. It felt weirdly cathartic, like some sort of group recognition that after over a year of trauma that managed to interrupt and upturn every facet of our lives, it was possible to come back to something familiar. And maybe after being forced to abandon any semblance of normalcy for so long, it helped that in this particular case, what was familiar was also inherently absurd. The beauty of “Who has my pig?” is that it sounded both ridiculous and completely expected. It’s a perfect Nicolas Cage line — outrageous in a way where you can’t decide whether it’s good, bad or so-bad-it’s-good — so spot-on that it almost feels like self-parody; of course not even a pandemic could prevent him from uttering it.

Pig turned out to be not at all like what audiences who laughed and cheered during the trailer assumed it would. Instead of an over-the-top, gory action thriller like Cage has participated in at a truly breakneck pace over the past few decades, famously to pay off the millions of dollars of debt he racked up thanks to some extravagant purchases like a dinosaur skull and years of not paying his taxes, Pig was a surprisingly great, understated character study that examined the ways in which grief can destroy us. It felt like a return to form, of sorts — or at least a return to the more dialed-back, conventionally great acting that earned Cage an Oscar for Leaving Las Vegas. (Cage himself has said that Pig is his best work.) But it’s easy to see why audiences presented with the elevator-pitch version — Cage, a truffle pig, a rescue mission to save said pig from its captors — would assume it was something else entirely.

But long before he was turning up in direct-to-video flops or campy action flicks like 2011’s Drive Angry, in which he plays a dead felon who escapes from hell to avenge his daughter’s murder, Cage developed a reputation for chewing scenery with outlandish, often-surreal performances in delightfully weird roles, like 1988’s Vampire’s Kiss. (An SNL sketch, in which Cage gamely participated, once described his movies as ones where “all the dialogue is either whispered or screamed.”) There are countless memes culled from his work, along with plenty of YouTube supercuts dubbed “Nicolas Cage Ultimate Freakouts” or “Nicolas Cage Losing His Shit Montage.” Even more mainstream fare like the history-nerd-friendly National Treasure franchise made sure to give the people what they want and shoehorn in one scene in which Cage goes postal.

Whether you find this to be good acting is entirely a matter of personal taste. (One episode of Community featured a spirited classroom debate over whether Cage is a good or bad actor, with one student offering, “I don’t know, if I was in 70 films over 30 years and spent each one talking at random volumes, I might accidentally win an Oscar.”) But regardless of how we may feel about the Cage’s performance style — which he has dubbed “nouveau shamanic” — it’s important to note that it’s very much a conscious choice, stemming from inspirations ranging from German expressionism and Japanese kabuki theater to silent films like Nosferatu. Cage is a student of classic cinema, and everything he does onscreen comes from a deep understanding that movies should be, above all else, entertaining. His eccentric style is rooted in a certain fearlessness that has served him well over the years; you can say a lot about the guy, but he’s certainly never been afraid to go big.

He’s also never been afraid to poke fun at himself (case in point: his new meta-comedy The Unbearable Weight of Massive Talent, in which he plays a heightened version of himself). All the memes and jokes and random lines yelled back at him by fans on the street don’t seem to phase him very much. (“I don’t have a problem with any of the quotes,” he wrote recently during a Reddit AMA. “I’m glad they remember the movie.”) But even during those lost, direct-to-video years where his financial troubles were motivating him to take as many jobs as he possibly could, he never phoned it in. “I want to go on record with something,” he recently told the New York Times. “Whatever this perception or aura that the internet or certain critical bodies in the media may have taken, there is an actual fact, in my opinion: Whatever I had to do to get out of debt, I did it with the same level of commitment I always had.”

This is ultimately what makes Cage such a beloved performer. Regardless of how goofy or terrible the source material is, he does his best to sell the hell out of it. “So bad it’s good” doesn’t work unless you play it absolutely straight, and Cage fully throws himself into each role knowing that at the very least, he’ll find a new way to entertain us. (He said he was drawn to the Drive Angry script, for example, because of a scene in which his character’s eyes get shot out — something he initially pitched for Season of the Witch that was…well, shot down.) He gets unfairly maligned, but Cage is an incredibly versatile actor, equally capable of delivering nuanced Oscar bait and off-the-rails B-movie mania. There are plenty of other skilled actors who could turn in a layered performance like Leaving Las Vegas, but none of them could ever be half as charming while shrieking “Not the bees!” or, yes, inquiring about the whereabouts of their swine. If that’s not massive talent, what is? 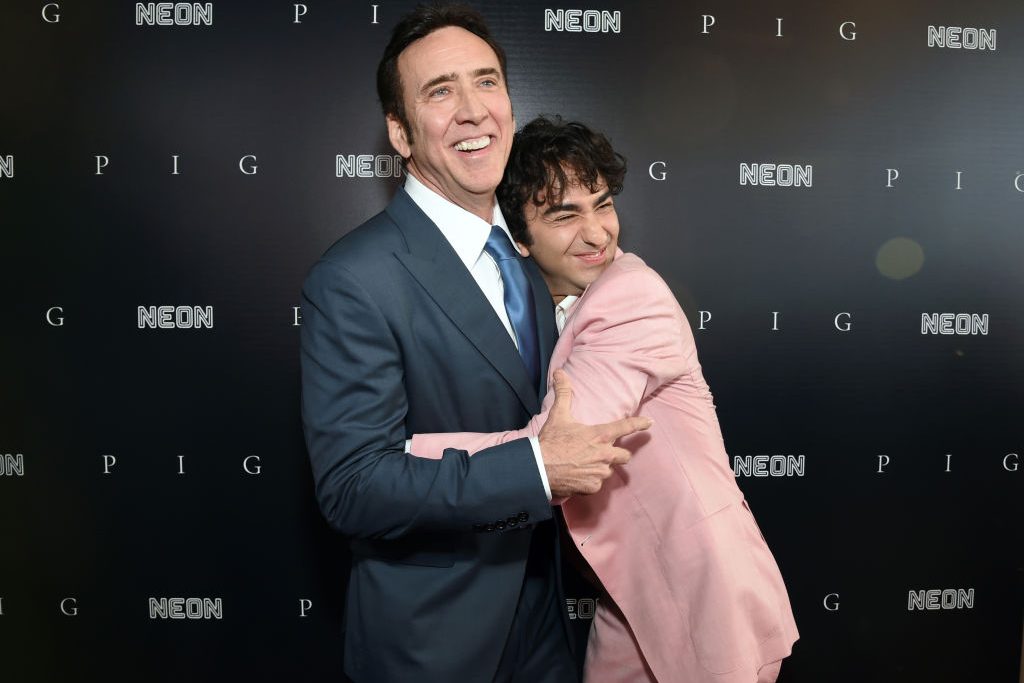 Nicolas Cage Has No Plans to Retire From Acting 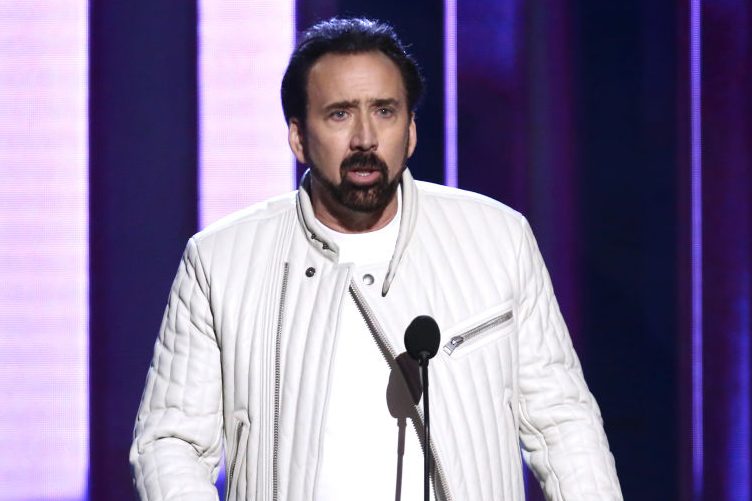 The Cleveland Indians Did Something Very Odd With Nicolas Cage 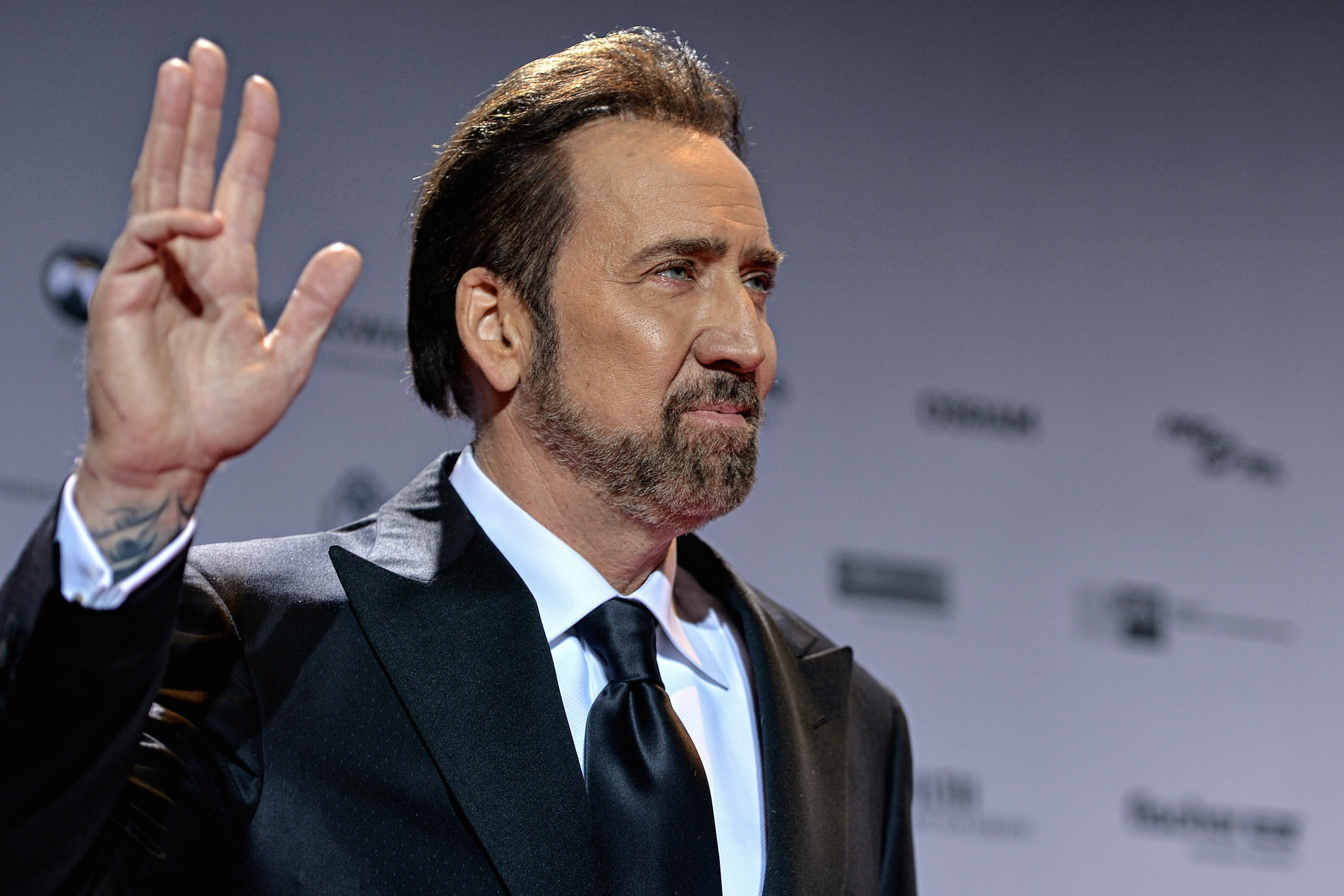 Nicolas Cage Is Fine With All the Parody Memes