Is There a Late-Career Renaissance More Impressive or Well-Deserved Than Michael Keaton’s?

From "Birdman" to "Dopesick," the actor's been churning out his best work

Michael Keaton's been on a roll since 2014's "Birdman."
Elisabetta A. Villa
By Bonnie Stiernberg @aahrealbonsters

As anyone who happened to be around and vaguely tuned into the pop cultural zeitgeist at the time can surely recall, there was a stretch of years — from roughly the mid-’80s to the mid-’90s — when Michael Keaton was seemingly everywhere. Over the course of a single decade, he was Mr. Mom, he was Beetlejuice and he was Batman. In between, he earned praise for a dramatic turn as an addict struggling with substance abuse in Clean and Sober, and he charmed as a fast-talking, foul-mouthed newspaper editor in Ron Howard’s The Paper. He was, for a while at least, one of Hollywood’s most coveted talents.

And then, gradually, he wasn’t. As Keaton recalled to The Hollywood Reporter in 2017, he began consciously scaling back the number of projects he signed on for, noting that he was “getting tired of hearing my own voice, feeling like I was kinda pulling out tricks, probably being lazy, probably being not particularly interested” and wanting to spend more time on his Montana ranch to be present for his son’s childhood. But he also admitted that demand for him from casting directors was waning during that period. “I had a life,” he said. “And also not a whole lot of folks knocking on my door. I never really took it personally … Maybe sometimes my feelings were hurt.”

Then came Birdman in 2014, kicking off one of the most impressive late-career renaissances for an actor in recent memory. Keaton’s tragicomic depiction of a suicidal Hollywood has-been best known for playing a superhero who attempts to stage a serious adaptation of a Raymond Carver story on Broadway struck a chord with audiences, and the performance earned him a handful of awards — including a Golden Globe, a Critics’ Choice Award and an Independent Spirit Award — as well as an Oscar nomination. (The emotional symmetry of Keaton, who was at that point arguably still best known as Batman, making his big comeback and reminding us of his serious dramatic chops by playing an actor who famously depicted a comic-book hero with a name that starts with a B attempting to launch a similar resurgence was, of course, not lost on viewers.) Since then, he’s been on a tear, starring in two consecutive Best Picture winners (Birdman and Spotlight) as well as the 2020 Best Picture nominee The Trial of the Chicago 7, earning critical praise for playing Ray Kroc — the man behind McDonald’s — in The Founder and even returning to the world of big-budget superhero flicks with a turn in 2017’s Spider-Man: Homecoming and reprising his role as the Caped Crusader in DC’s forthcoming The Flash.

His latest step in this impressive run is Dopesick, a Hulu miniseries based on the New York Times bestseller of the same name, about the opioid epidemic. Keaton plays the fictional Dr. Samuel Finnix, an Appalachian family physician (and a widower) who prescribes his patients OxyContin after being duped by Purdue Pharma’s false claim that only 1 percent of people who take the drug become addicted to it. His eventual realization that he was unknowingly complicit in getting people who trusted him hooked on the powerful opioid while helping to line the Sackler family’s pockets would be devastating enough on its own, and Keaton does an excellent job of conveying the guilt his character carries, but a twist in the series’ fourth episode delivers a gut-punch that makes it even more heartbreaking. In that episode — spoiler alert — Finnix himself becomes addicted to OxyContin after breaking his ribs in a car accident and being prescribed it for his pain.

What follows is, of course, a harrowing downward spiral (made all the more emotional by a scene in which he gets high and hallucinates dancing with his late wife), expertly performed by Keaton, who finds his character simultaneously unraveling and being consumed by a righteous anger over being misled about just how addictive OxyContin actually is. It’s an issue close to Keaton’s heart; he’s spoken in interviews about how he lost a nephew to a fentanyl and heroin overdose. But sadly, it’s a story that’s also personal for countless Americans whose lives have been forever altered by greedy pharmaceutical companies who knowingly peddled dangerously addictive drugs.

In fact, if there’s one major through line for this current Keaton era, it’s that all his recent projects are uniquely American stories (even if, as with Birdman, they happen to be written by a foreigner). Whether he’s playing a washed-up celebrity trying to reinvent himself in Birdman, a Boston journalist investigating the Catholic church’s sex abuse scandal in Spotlight, a lawyer overseeing the 9/11 Victims Compensation Fund in Worth or a traveling salesman who winds up building an empire (with little-to-no concern over the people he steps on to do so) in The Founder, Keaton has spent the last seven years or so holding a mirror to us. His late-career triumphs feel especially relevant, both because of their subject matter and because the everyman persona he’s developed onscreen makes him perfect for these types of roles.

And yet part of what makes Keaton such an impressive actor is his versatility. He’s just as effortlessly effective in a comedy as he is in a drama — perhaps due in part to his background as a stand-up comic — and he often blurs the lines between those two genres in a way that few others can. There are any number of A-list actors who could have probably done just as good a job as he did in Birdman, but how many of them could have also done Beetlejuice? Even his lost years, the ones spent churning out duds like Herbie: Fully Loaded, have a surprising number of underrated gems peppered throughout, like the 2002 HBO movie Live From Baghdad. Even an objectively bad, schlocky holiday film like 1998’s Jack Frost — in which Keaton plays an absentee father who dies in a car crash who attempts to reconnect with his son after he’s reincarnated as a snowman — is elevated by his presence. (Can I admit that this is an extremely dumb movie? Yes. Did I cry when I caught the end of it, during which Keaton begins to melt and tells his son he’ll always be with him before permanently returning to the afterlife, on TV a few years ago? Also yes.)

Perhaps that’s why the resurgence he’s enjoyed these past few years feels so well-deserved. He’s 70 years old, and yet he’s somehow churning out the best work of his career — and he’s doing it by going out of his way to choose projects that challenge him. “I have this thing like, ‘I wonder if I can pull that off? How much longer can I fool people?’” he said recently. If the past few years are any indication, the answer to that is “as long as he wants to.” 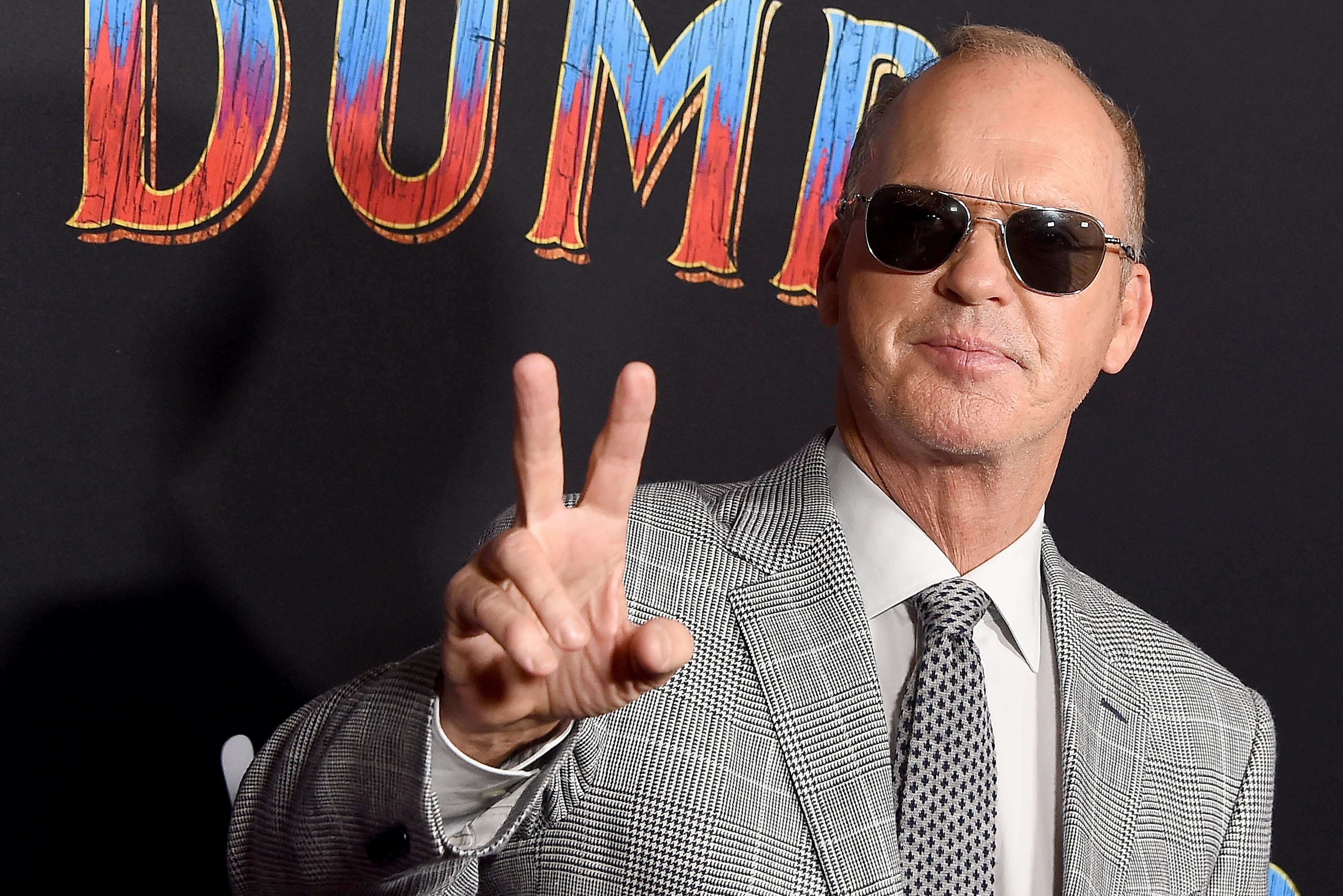 Finally, We Have an Old, Funny Batman Again 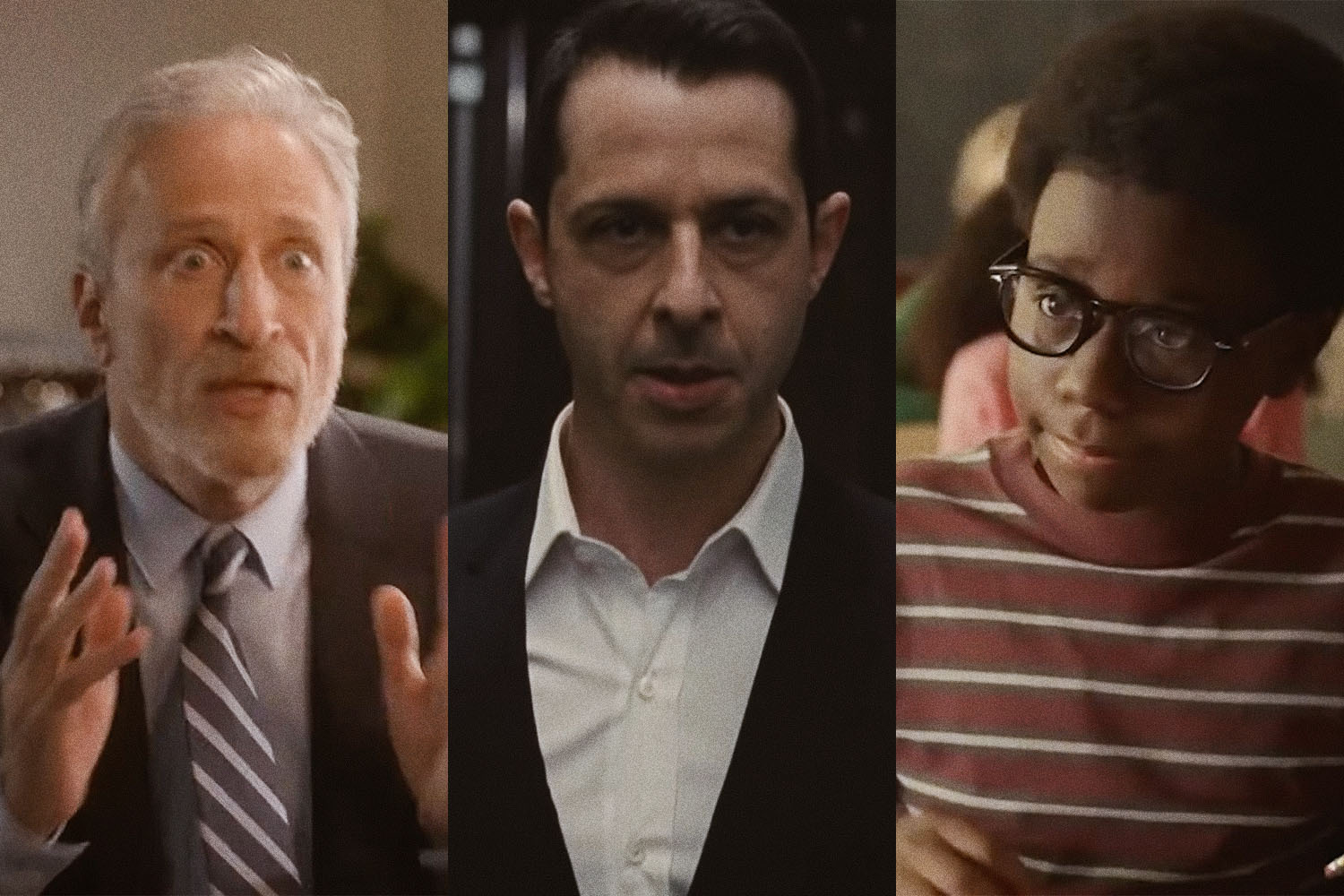