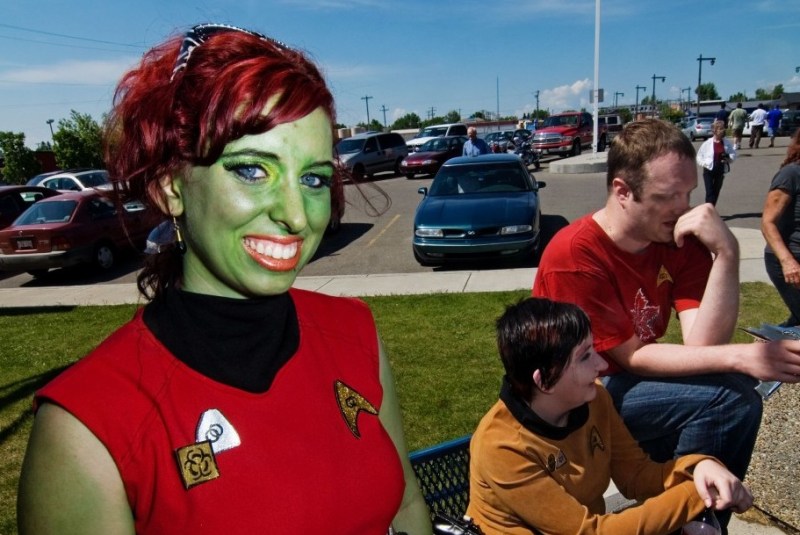 Schelay Remble (from Lethbridge, Canada) as Gaila, the Orion slave girl. ‘You betcha I’m a diehard Star Trek fan – I’ve been one all my life! Everyone loves a green girl!’ (Mark Berry/Barcroft Media/Getty Images)

Originally premiering on September 8, 1966, the television show, Star Trek, created by Gene Roddenberry, is fast approaching its 50th anniversary. Even Star Trek movies have been around for nearly 40 years, with Star Trek: The Motion Picture hitting theaters back in 1979. Throughout the decades, the franchise has developed a uniquely devoted fanbase, enabling it to remain a pop culture behemoth.

It has also created a bizarre love triangle, as the Star Trek franchise is torn between the demands of Paramount (which owns the film rights), CBS (which owns the TV rights), and its fans, who have passionate opinions about every new step taken (inspiring William Shatner’s famous Saturday Night Live sketch, when he helpfully advised Trekkies to “Get a life.”). 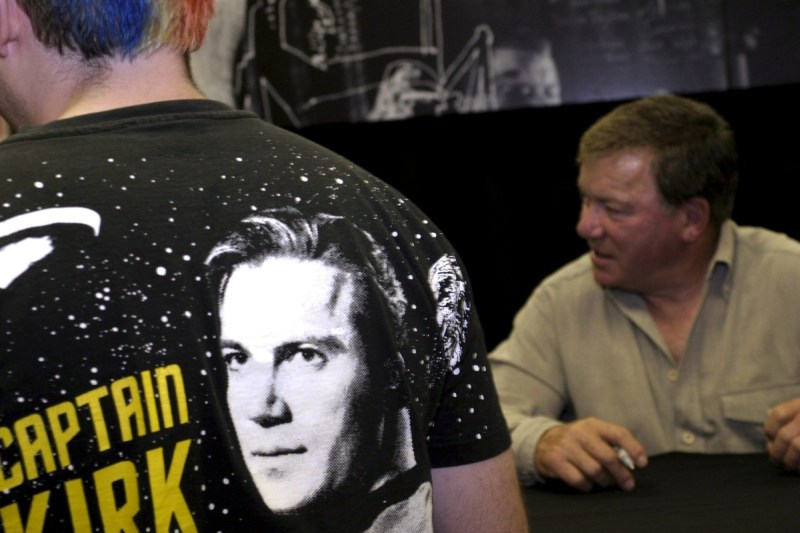 BuzzFeed explores the complicated, ongoing negotiation between the three parties here. See below for a teaser of the upcoming 2017 Star Trek series on Netflix.

Also, watch the trailer for movie Star Trek Beyond, which opens July 22.