How a cult classic was made.
By Garin Pirnia

On August 23, 1985, Warner Bros. distributed the dark teen comedy Better Off Dead, written and directed by first-time feature director Savage Steve Holland. It starred John Cusack as lovesick Northern California teen Lane Meyer, whose girlfriend, Beth (played by Nightmare on Elm Street’s Amanda Wyss), breaks up with him. He’s so heartbroken about her dating the ski jock Roy Stalin (Aaron Dozier) that Lane repeatedly attempts — and fails — to commit suicide. It was a comedy based on Holland’s own life, and inspired by another dark comedy, 1971’s Harold and Maude.

“When I was 11 years old, I had this birthday party and nobody came to it except for this drunk clown,” Holland tells InsideHook. At California Institute of the Arts, where he attended college, he says people wondered why he was always so sad. “I pinned it on that birthday party,” he says. “That was a first-world problem — I had a shitty birthday party and I was depressed about it. I made it into a movie thinking, ‘What a sad story.’” A film-fest audience viewed his short film, My 11-Year-Old Birthday Party, as a comedy. “People thought it was so pathetic and sad that they were laughing their heads off. That’s how I started my career. I dug into things that sucked in my life, and the girlfriend thing that happened to me was the biggest suck of all.” Though almost every time Lane attempts suicide he reconsiders, Holland thinks the movie couldn’t be made today. “It was dark, but I was trying to find a way out that wasn’t so depressing,” he says. “And Cusack actually helped a lot. He felt the same way about it. You don’t want Lane to be such a loser. He has to go, ‘I have something to live for.’ As long as the jokes played off in the end and you laughed at his attempts, I think we were okay.”

The bleak humor made Holland’s film an outlier in the robust 1985 teen- and youth-driven flick market. That year saw the release of now-iconic films The Breakfast Club, The Goonies, Just One of the Guys, Girls Just Want to Have Fun, Real Genius, Secret Admirer, Explorers, Teen Wolf, The Legend of Billie Jean, Weird Science, and Back to the Future. In 1986, John Hughes released Ferris Bueller’s Day Off, with the Ferris character being the opposite of Lane. “Ferris still blows my mind,” Holland says. “In my world everybody is a loser and that’s where the jokes are, so you have Ferris — that’s such a cool idea there’s this guy you’re going to root for who has it all going on. I was super jealous of that movie.”

However, Better Off Dead’s inverted teen movie tropes set it apart from the Ferris’s of the world. “I would say 90 percent of the teen movies I saw — and it was great back in those days to watch all those cool movies — were getting lamer and lamer as far as those stereotypes and story points that we’d seen a thousand times,” Holland says. “I think that mine is sort of the freak show of ’85 teen movies. I think it’s the ugly duckling of it all.” For instance, Lane’s best friend Charles De Mar (played by longtime Holland collaborator and “national treasure” Curtis Armstrong) has been in high school for seven and a half years and snorts Jell-O and mountain snow for a swift high. The local paperboy, Johnny, repeatedly hounds Lane for $2 in overdue fees. A Black utility worker makes fun of Lane falling into a garbage truck in speaking the hilarious line: “Man, that’s a real shame when folks be throwin’ away a perfectly good white boy like that.” Lane’s seven-year-old brother buys a book called How to Pick up Trashy Women, and succeeds in doing so. Lane’s eventual love, French exchange student Monique (Diane Franklin), feigns not knowing English and can fix cars. And during the film’s climax, Lane, who isn’t a great skier, somehow beats Stalin in the K-12 race.

“Back then, the sports genre was The Karate Kid and Breaking Away,” Holland says. “It was always the person who has the challenge in sports and then they always win. I wanted to twist that, too. In the original ending of the movie, he ties Roy. We had a test screening and the audience was pissed off that he tied Roy. So we had to make it look like Lane won the race. That’s how Rocky ended — he tied Apollo Creed. If you look at how Cusack won, it’s because Johnny the paperboy tried to kill him.”

Although Better Off Dead had a budget of $3 million and grossed $10.3 million at the box office, the studio considered it a failure. Thankfully, the film managed to live beyond the theaters. “Better Off Dead would have never been seen by anybody if HBO didn’t show up, and Blockbuster Video,” Holland says. “It was going to disappear.”

Before Better Off Dead came out, Holland had already shot his next Cusack-led eldritch comedy, One Crazy Summer, which was also a critical and box-office failure (it grossed $13.4 million). “After Better Off Dead didn’t do so good, I thought, I just can’t do any better than this,” he says. “This is from the heart and as funny as I can be. What’s so sad is it was my first movie and it was all downhill from there. With One Crazy Summer, I was like, I don’t think I’m achieving what I should be achieving like I think I did in Better Off Dead.” Holland wants another chance at One Crazy Summer, and has written a somewhat spiritual sequel entitled One Epic Fall.

Holland directed one more theatrical film, 1989’s How I Got into College, and then segued into co-creating the animated Eek! the Cat and directing live-action kids TV shows for Disney Channel and Nickelodeon. His most recent film is the Netflix movie Malibu Rescue: The Next Wave — it’s been on Netflix’s daily top 10 list — which is based on the titular Netflix series. “Malibu Rescue is actually the first time something [I’ve done] has succeeded,” he says. “Normally I fail, so not failing for me is clout.”

Thirty-five years later, Better Off Dead retains a timeless quality, and it’s not problematic as some films from that era. (We’re looking at you, Revenge of the Nerds and Sixteen Candles.) “A lot of Better Off Dead’s punchlines still make me laugh,” Holland says. “When Lane says, ‘Gee, I’m real sorry your mom blew up, Ricky,’ it still makes me laugh out loud. The funniest thing in whole movie for me was Mom with that slime. I can’t watch it, because it’s so funny.”

The film’s legacy basks in how an absurd and surreal comedy about teen suicide miraculously got produced. “I still can’t believe it actually happened,” Holland says. “The fact that it’s survived all this time and made people happy and made people laugh and it still does, it’s like, thank God. Because if I had made something really crappy, it would be hard to live with myself. I’m really, really proud of Better Off Dead.”

How John Cusack Established a New Type of Leading Man 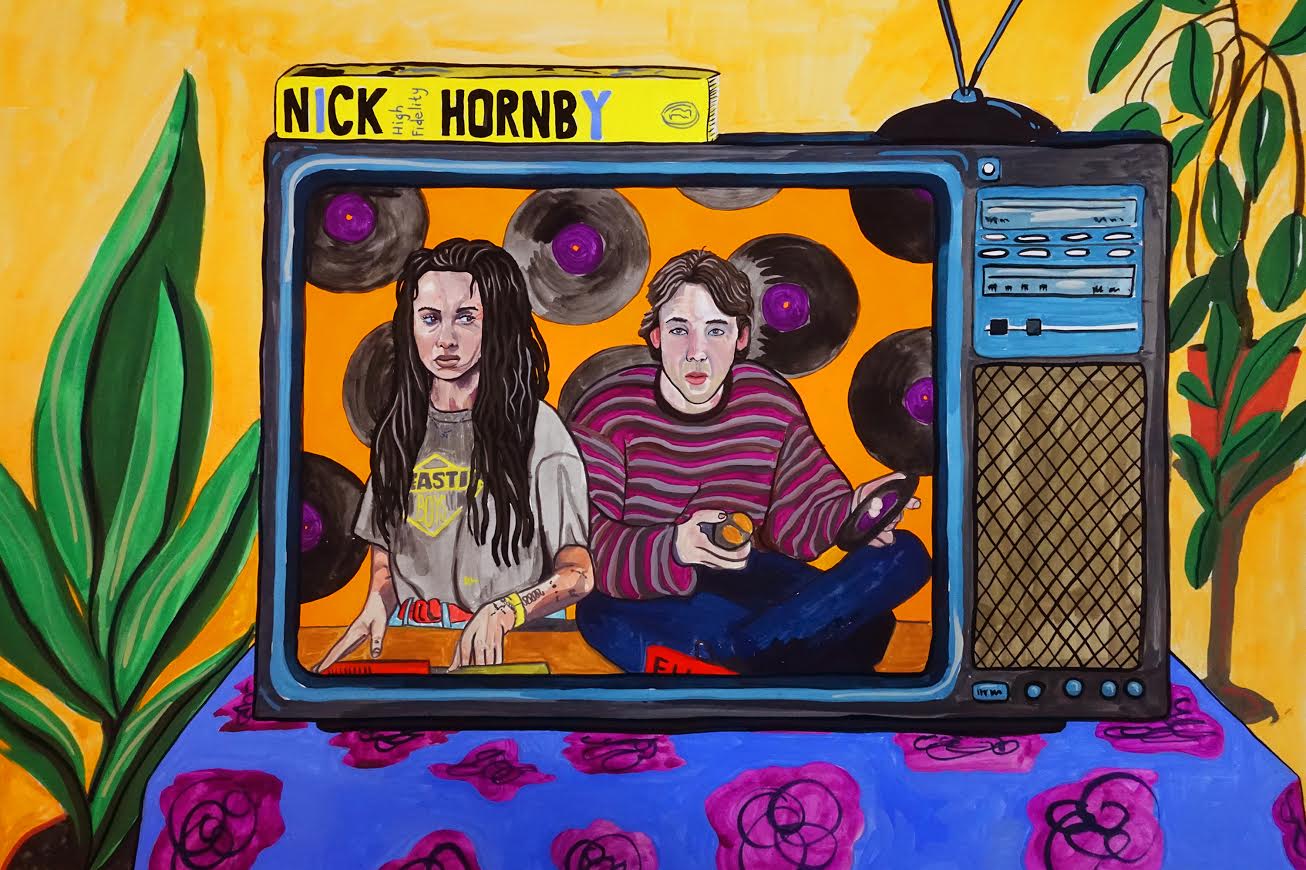 How Well Has "High Fidelity" Aged Over the Last 25 Years?