The festival routinely hypes unprofitable movies, but it's never been about showcasing blockbusters.

Festival signage is seen on Main Street during the 2019 Sundance Film Festival on January 25, 2019 in Park City, Utah. (Photo by Rich Fury/Getty Images,)
By Stephen Whitty

Maybe it has to do with the air.—like the lack of it.

But there’s something about Sundance—held in the more-than-mile-high town of Park City, Utah—that always leaves critics and audiences breathless. And, often, no one seems more lightheaded than the usually hard-nosed studio execs impulsively purchasing product.

This year’s festival, which ended Sunday, saw New Line buying rights to Blinded by the Light, a story about a British Springsteen fan, for a record $15 million. And Amazon went on a spree, picking up The Report, an Adam Driver docu-drama about America’s pro-torture policies, and Brittany Runs a Marathon, a Jillian Bell comedy, each for $14 million.

While they had their checkbook out, the streamer also paid $13 million for Late Night, a comedy from Mindy Kaling and Emma Thompson. Other companies were busy too, with Netflix, A24, Sony Pictures Classics, Fox Searchlight and smaller studios all going home with new titles.

And if the past is any prediction, before the year is out at least one of these companies is going to have real buyer’s remorse.

A scene from “Blinded by the Light” (New Line)

Let me say, upfront, I haven’t seen these pictures yet. They might all be wonderful. (Of the few Sundance films I had seen, back in New York, my favorite was the provocative Luce, with Naomi Watts.) At the very least, these are undoubtedly worthy, competently made movies—nothing that makes it past the savvy Sundance programmers is ever crudely amateurish.

Commercial, though? The director of Blinded by the Light had a hit with Bend It Like Beckham, more than a decade ago, but is there a big market for another Anglo-Pakistani coming-of-age story? For a Jillian Bell comedy? For a grim, fact-stuffed Adam Driver film about U.S. foreign policy? Are any of these pictures going to draw enough fans to justify those price tags?
That’s another question—and when it comes to box office, the festival’s history doesn’t provide any easy answers.

You can argue that both of those movies are anomalies, poor pictures that got hysterically overhyped. But like high-altitude sickness and horrible cell phone service, clueless corporations paying big money for little movies is a Sundance tradition.

After all, nearly 20 years ago, Miramax spent a then-astounding $10 million for an oddball comedy, Happy, Texas. It grossed about $4 million. In 2008, Focus Features paid $10 million for the quirky Steve Coogan farce Hamlet 2.

The film ended up making less than half that.

So what happened? And why does it keep happening?

The first important thing to remember—and the first thing everyone forgets—is that Sundance is not America. Hell, Park City isn’t even Utah. Not really. Sundance audiences are a little artsy, often liberal, and generally well-heeled (tickets to a single screening run as high as $25; a top-tier festival pass is $4000, and that just covers six days).

Sure, Sundance movie fans are a great, cinema-savvy crowd. But they’re not a typical mainstream audience.

The second special Sundance circumstance—particularly as far as critics and execs are concerned—is, well, desperation. 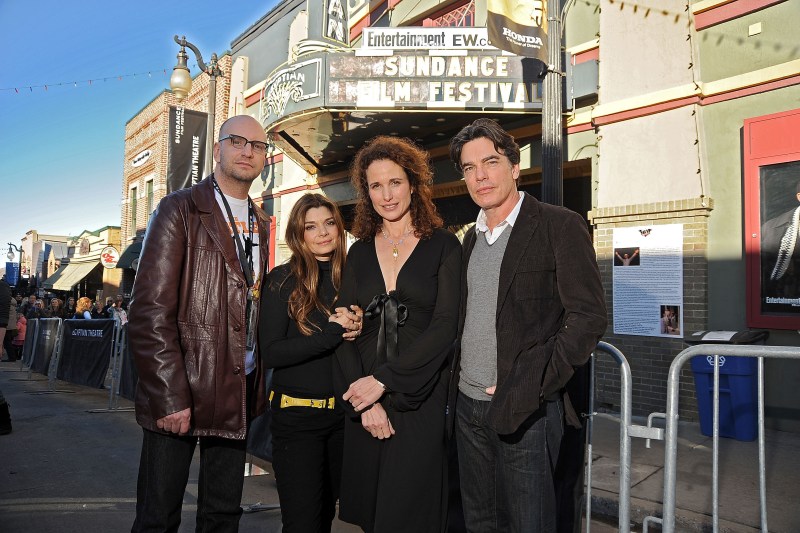 Professional movie-watchers at the fest see as many as six films a day (more, if they’re unafraid to walk out early). Folks are always tired, often hungry, and eager to find a way to justify why they’re spending so much time in a town where they can’t even get a decent cocktail. And so, even subconsciously, they start grading on a curve.

Acquisitions people overlook a film’s obvious marketing challenges, and let fear-of-missing-out lead them into bidding wars. Writers, desperate after sitting through three mediocre movies, over-praise the fourth for being just, you know, pretty good. (Many of this season’s raves for Late Night and The Report, for example, were still studded with critical qualifiers.)

And so, the hype builds. And lasts. Until months later, when the movies hit the multiplexes (and the rest of America stays away), or the critics have to draw up their year-end, best-of-lists (and typically forget everything they loved back in January).

Once again, to be fair, I haven’t seen these big-buzz pictures yet; they may all be terrific. And even if they’re not embraced by big audiences, that hardly means they’re bad. In fact, being commercial was never supposed to be what Sundance was about.

Although it can be a launching pad for break-out hits—and has been ever since sex, lies and videotape debuted there in 1989—it was started more than 40 years ago as a home for personal films and regional filmmakers. And while, at times, it seems to have been taken over by hipster guys in hoodies, it’s always worked hard to encourage risk-taking and diversity. (It still does: Of all the directors in its four competitive categories this year, 39 percent were people of color).

Although it certainly profits from the buzz surrounding its breakthrough films. Sundance isn’t really designed to point studios towards the next big thing; if studios use it—and misuse it—that way, that’s their fault. The movie you paid a chunk of money to buy can’t draw the huge audience you needed? That’s on you.

Also, quite frankly, there’s nothing wrong with a lot of the fest’s famous financial failures. In fact, I enjoyed a number of them—at and after Sundance.

The much-maligned Happy, Texas actually had two great comic performances from William H. Macy and Steve Zahn. I dug Hamlet 2, too (although it helps to be a Shakespeare nerd). Sure, Girlfight never made back its studio’s $2.5 investment, but it introduced us to director Karyn Kusama and star Michelle Rodriguez. Grace Is Gone, which struggled to bring in a little over $1 million in theaters, may not have justified its $4 million sales tag, but it was a powerful study in grief, with a never-better John Cusack.

It’s not the filmmakers’ fault they didn’t make money. It’s the executives’ fault for investing too much.

Also, if you really want to talk about dollars and cents, Sundance has a terrific track record—if you narrow your scope to horror films. Maybe the folks behind their “Midnight” programs are just more attuned to audiences or maybe monster-movie fans are just more open, but from The Blair Witch Project through Get Out, Sundance shockers have been game-changers.

If studio folks concentrated on finding the next Hereditary instead of searching for the next Little Miss Sunshine they might have more success.

So basically, the next time you hear people talking about the Sundance buzz, don’t listen. And pay attention to the real Sundance record. Of introducing audiences to offbeat films. Of giving boundary-pushing filmmakers a platform they rarely get. And of presenting movies that may or may not play to crowds and make millions, but are definitely trying to connect with you—and to make a difference.