A half century ago the Soviet Union made memorable first introduction to the Red Planet.

Forty-seven years ago today, the first man-made spacecraft reached the surface of Mars. Only, things did not go exactly as planned.

The inter-planetary introduction came courtesy of the Soviet Union, which a few months before had completed what was known as Project M-71. The initiative consisted of sending a satellite and two unmanned spacecraft to Mars: the satellite to orbit the red planet and gather data so that the other two could land safely on its surface for the first time in history.

By 1971, the pressure was mounting on the Soviet space program after an American took the first steps on the moon in 1969 and two prior rocket launches by the Soviets that same year ended in disaster — all compounding the basic difficulty of the task at hand.

“Sending a spacecraft to a distant planet and having it enter an unknown atmosphere and land on a poorly known surface was an undertaking of a different magnitude,” Lev Muhkin, then-deputy director of the East West Space Science Center, wrote in the forward to a 1999 history of Mars exploration written by Soviet spacecraft designer V.G. Perminov. “But with each new failure, new experience was gained, and with each successive attempt, the goal was closer.” 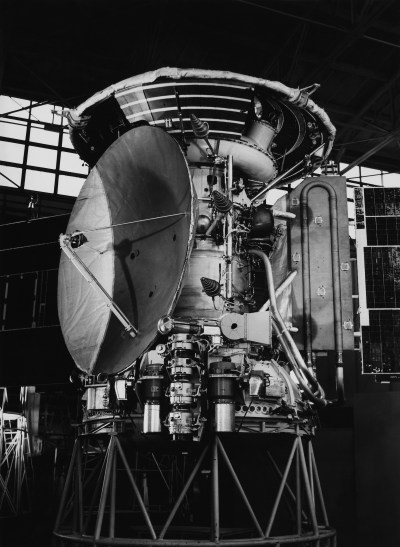 When the launch day came around in May 1971, Perminov said he and his team looked on “nervously.” This time the rockets made it into the outer-atmosphere successfully, but the first problems became apparent when one of the engine blocks failed to ignite on time.

“An analysis showed the operator had made a mistake,” Perminov wrote. “He issued an eight-digit code command to the spacecraft control system to activate block D for the second time in a reverse order. It was a human factor, not technology, that was responsible for the error.”

The misstep would have consequences millions of miles later.

The failed engine was in part designed to send the satellite on its Mars reconnaissance mission, meaning the landers would have to go on without critical information about their perilous descents.

The mission continued with the rocket boost of the two spacecraft, dubbed Mars 2 and Mars 3, “operat[ing] perfectly.” (Mars 1 was part of a failed Soviet Mars mission nearly a decade before and was lost somewhere in the multi-million-mile journey between the planets.)

Then, in June as the spacecraft were months into their journey, Perminov received a panicked call from one of his scientists.

“’Come urgently,’ his troubled voice said… ‘Communication with both Mars failed last night. Get the team together and fly out to Yevpatorija [a control center in Crimea] immediately.’”

After two days of non-stop work, the team was able to reestablish the link with the spacecraft, even if they still remain stumped about what exactly caused the blackout. “The flight of spacecraft Mars 2 and 3 continued,” Perminov wrote.

Perminov recounted that in November 1971, a few days before the spacecraft were to approach Mars, there was more bad news.

“For the last few weeks, an unusually strong dust storm covered the whole surface of the planet. Astronomers indicated that such a large dust storm had never before been recorded on the Martian surface,” he wrote.

There was nothing to be done about that, so the mission continued. On November 27, the Mars 2 lander made its pre-planned descent. Unfortunately, the onboard computer thought the lander was on the wrong path, attempted to correct it and accidentally sent the lander in at a much steeper trajectory than it should have.

Rather than breaking through the atmosphere and popping a large parachute for a gentle landing, the Mars 2 rover screamed down through the Martian sky and smashed into the surface of the planet before its parachute had a chance to deploy at all.

Fortunately for the Soviets, the Mars 3 lander managed a gentler landing.

“Everybody impatiently waited for the information transmitted from the lander to the radio system onboard the spacecraft,” Perminov wrote.

After waiting for the now-orbiting spacecraft to be in the proper position to relay transmissions from the lander, an image finally came through. “There was a gray background with no details,” Perminov wrote. The dust storm, apparently, had interfered with the imagery transmission.

But the lander was able to send back some data — for about 20 seconds before it, too, went dark.