Humanizing the badge or ... offending the communities they're supposed to serve?

When George Floyd, a 46-year-old Black man, was killed by Minneapolis Police in late May, in-person and online protests took place across the nation. Petitions, donation links and information concerning the Black Lives Matter movement, systemic racism and police brutality flooded social media, along with ideas about alternative policing, defunding the police and even abolishing them altogether.

But so did images of cops kneeling in solidarity with protestors and videos of police officers proudly declaring that they supported the Black Lives Matter movement. There were viral Facebook posts written by officers detailing how terrified they were to go to work every day, with many users commending their bravery and thanking them for their service.

Many others, though, were quick to argue that these viral posts — especially the ones depicting cops as supporters of the protests — came off as somewhat disingenuous, a way to make the infamous “there are just a few bad apples” argument without actually having to make it.

After the Orlando Police Department shared a photo of officers praying with protesters, one demonstrator posted, “45 minutes later they maced us in the face for the crime of standing in their vicinity.” Another protestor tweeted, “They beat the living shit out of us one hour later” in response to a video on Twitter of NYPD cops kneeling with protestors.

More people began calling out “copaganda” — a term used to describe entertainment, social media and other media outlets promoting flattering or celebratory portrayals of police officers with the intention of improving their public image. The essays penned were largely about how cop shows and the like have traditionally shown only heroic portrayals of law enforcement. One study, conducted by Color of Change, concluded that crime TV shows helped normalize injustice. The report found that “the crime TV genre — the main way that tens of millions of people learn to think about the criminal justice system — advanced debunked ideas about crime, a false hero narrative about law enforcement, and distorted representations about Black people, other people of color and women.”

“Cop TikTok,” though, is not exactly a new phenomenon. Last summer, the TikTok cop community went viral, more so for merely how cringe-worthy their videos were than any type of intentional image maintenance. The TikToks featured officers showing off their tattoos, lip-syncing while in patrol cars, dancing and attempting to seductively flex in uniform.

Repost my most popular video since it got deleted! Let’s hit 300k this time! ##lawenforment ##midnightshift ##dothedamnthing

The TikTok cops were, and still are, attempting to #HumanizeTheBadge — a popular TikTok hashtag used to categorize “Cop Tiktok” posts. The hashtag, combined with #CopsOfTikTok, #PoliceOfTikTok, #ThinBlueLine and others, encompasses thousands of cop-related videos, which altogether have accumulated billions of views. Some of these TikTok cops have more than a million followers; others, like user @simbaonfire, are even blue-check-verified creators.

Despite a recent spate of high-profile instances of police brutality, cops are still posting TikToks of themselves doing viral dances in uniform, taking their viewers inside patrol cars, reenacting traffic stops and, most unfortunately, thirst-trapping — all in the name of building and maintaining their massive virtual followings.

One popular TikTok cop, @ohnoitsdapopo (known professionally as Officer Anthony Johnson), shares videos of himself interacting with the people of Columbus, Ohio, to some 1.2 million followers. The videos paint Johnson in an unquestionably positive light, dancing and playing basketball with the members of the community, the majority of whom are Black kids and teens. But in 2019, Buzzfeed News reported that Johnson was under investigation after a video of him punching an unarmed Black man went viral — an image that blatantly contradicts his do-gooding TikTok presence.

Johnson’s TikToks mirror more traditional forms of copaganda, where cops participate in goofy, choreographed dances, crack jokes, show off their sexy muscles and attempt to showcase their relatability even when they’re decked out in tactical gear. These cops are funny, they’re playful, and they’re invariably good-looking. In other words, they’re the same good guys who have graced TV and cinema screens for as long as those mediums have existed.

It feels manipulative and disingenuous, but it’s nowhere near as unsettling as the cops who seek to get laughs by making jokes at the expense of the community they’re paid to serve and protect. You don’t have to look far to find jokes about mentally ill citizens or other marginalized groups (like sex workers) made by officers on the app. When “Take Your Man” became a viral TikTok song, officers used the soundbite to joke about how they could take your man if they wanted to — because they’ve got warrants for his arrest.

Another video drew criticism for bragging about arrest counts during nationwide protests about police brutality. One very haunting, now-viral TikTok features an officer lip-syncing to a baby voice and signaling how he dislikes paperwork and would much rather play with his lethal toys. People also couldn’t resist pointing out the trend of police TikTokkers lip-syncing to “Sound of da Police,” a song that likens their occupation to plantation owners.

With the mounting civil unrest and recent protests in response to the shooting of Jacob Blake by Wisconsin police, the cops of TikTok are certain to fall under more scrutiny in the coming days and weeks. Regardless, it seems likely they’ll keep up the often tasteless antics upon which their following were built, while the rest of the country continues to fight for justice and equality. 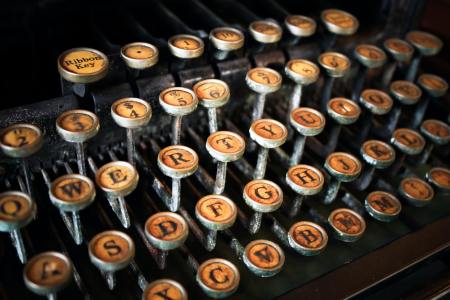