The new emojis in iOS 15.4.
Emojipedia
By Logan Mahan @missloganmarie

Emojipedia, the emoji reference website, published a first look at the many emoticons coming to our phones in March or April 2022. I, InsideHook’s resident Gen Zer, was tasked with ranking them from worst to best, judging each new emoticon on its appearance, relevance and whether or not I’d actually use it.

Per Emojipedia, these hand emojis are meant to be used together and were developed so users could employ two different skin-tone modifiers to create diverse handshakes. Sounds great, except Unicode also modified its Handshake emoji in the new 15.4 update to show a multi-racial handshake (see below), so these two left and right hands seem a bit unnecessary.

An equal sign is set to join the existing set of mathematical symbols already in the Unicode catalog that I never use.

Not sure why I’d use this unless I was conveying that I just received Holy Communion at church. However, I’m giving Palm Up Hand points because it’s 100 percent going to be used for something sexual.

31. Index Pointing at the Viewer

Not a fan of this one. Too accusatory.

Besides using this tire emoji to share you’ve got a flat, Emojipedia notes it can also be used to talk about yourself or someone else being a “third wheel.” Fun.

For maritime-related convos and photo dumps of you on a boat or when you want to express how something or someone totally saved your life.

For when you crack a rib.

For when you break a leg.

26. Face with Open Eyes and Hand Over Mouth

To squash any confusion, Emojipedia updated Face with Hand Over Mouth, which appears to have smiling eyes on other platforms, in order to match other major vendors. Face with Open Eyes and Hand Over Mouth is one of the seven new smiley emojis added to iOS 15.4, the largest number since the 2017 update.

Convenient for reminding your friends to bring their ID to the bar. Also convenient if you’re a college freshman asking if a 21+ establishment cards.

While it’s a relatively simple emoticon of an empty jar, you can use it to talk about all the good stuff that comes in jars: sauces, jams, pickles and fancy mustard.

When your social battery is drained and you have to bail on plans, soften the blow with this depleted emoji.

I probably will never use these emojis personally, but shoutout to the birders who will.

Another emoji for your snorkeling pictures.

That influencer you follow who does at-home yoga and writes annoyingly wordy paragraphs of faux-meaningful BS about it is gonna be all over this one.

Patiently waiting for this to become the universal sign for “sliding into the DMs.”

“Pouring Liquid” can represent myriad things: pouring one out for an individual, spilling some hot goss or describing a messy, dunk time you (or someone else) had the night before.

An emoji designed solely to react to videos of babies and puppies.

Pay your respects with this saluting emoji whose face is half cut off in Emojipedia’s first look for some reason.

An ancient religious symbol that has a multitude of meanings, representing luck, protection and feminine power, to name a few.

For when your friend shows you the dating profile of the person they’re talking to.

Unicode is adding 25 new versions of the handshake emoji for Apple devices, which previously offered only five variants where both hands share the same skin tone

Continuing its inclusivity and gender consistency efforts, Unicode is also adding a Pregnant Man and non-gender-specifying Pregnant Person emoji. Some online critics were pissed about the progressive emojis, of course, because some people have nothing better to do than yell at a sticker.

Always happy to have another smiley to express life’s daily nuisances and frustrations.

According to Emojipedia, this muted natural face, depicted through a dotted outline is a reference to an established comic book trope: “dotted lines around a character can represent someone that is invisible or hidden. It can also represent smallness, submissiveness, isolation, and depression.” Another bleak one, I suppose, but I can’t help but adore this glum little smiley.

Bean Dad has to be responsible for this.

Users may commonly employ this green club-wielding troll to refer to internet trolls or the act of “trolling.” I, however, will use this precious little creature when I look and feel like a literal troll.

Move over Butterfly and Sparkles emojis, there’s a new aesthetic emoji ready to dominate every “it” girl’s social media bio (including mine).

The Melting Face smiley is the perfect match for our current hellscape. Out of the 3,633 emojis we have, none has spoken to me quite like this yellow smiley face melting into a puddle of itself. Probably because it is, again, the quintessential visual proxy for all the disastrous shit happening in the background of our day-to-day lives. I cannot wait to annoyingly overuse it. 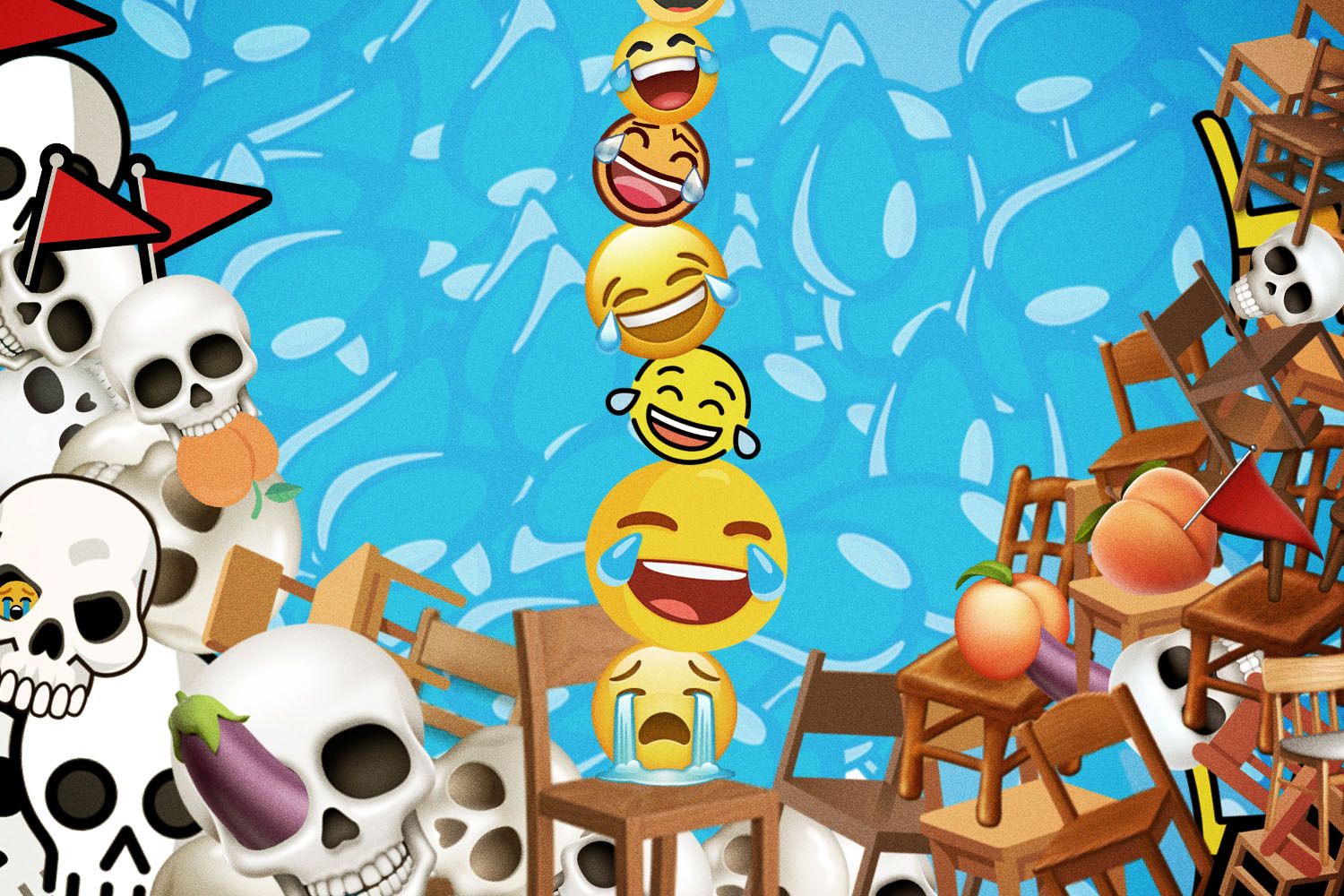 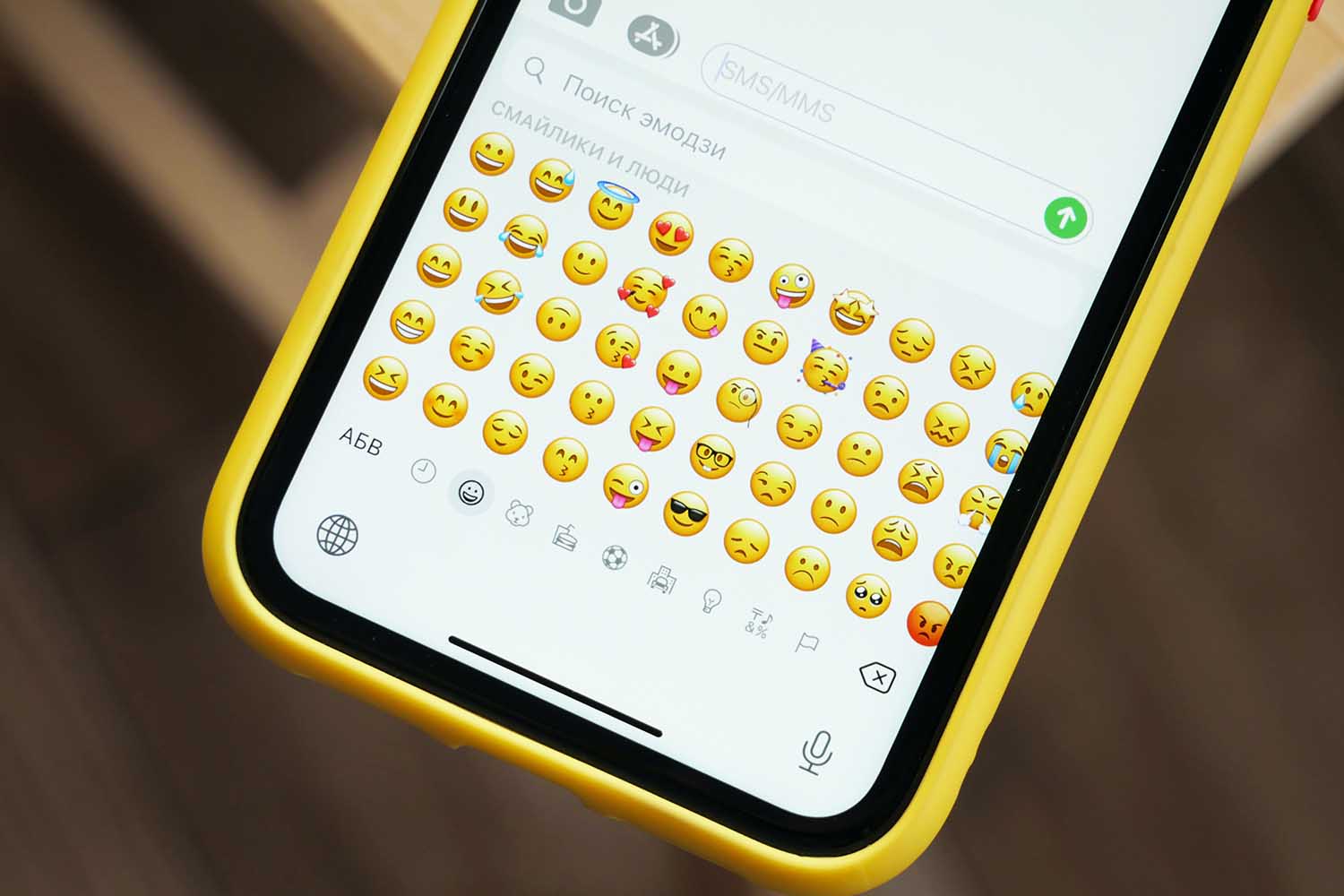 Why Is the Worst Emoji the Most Used Emoji of 2021? 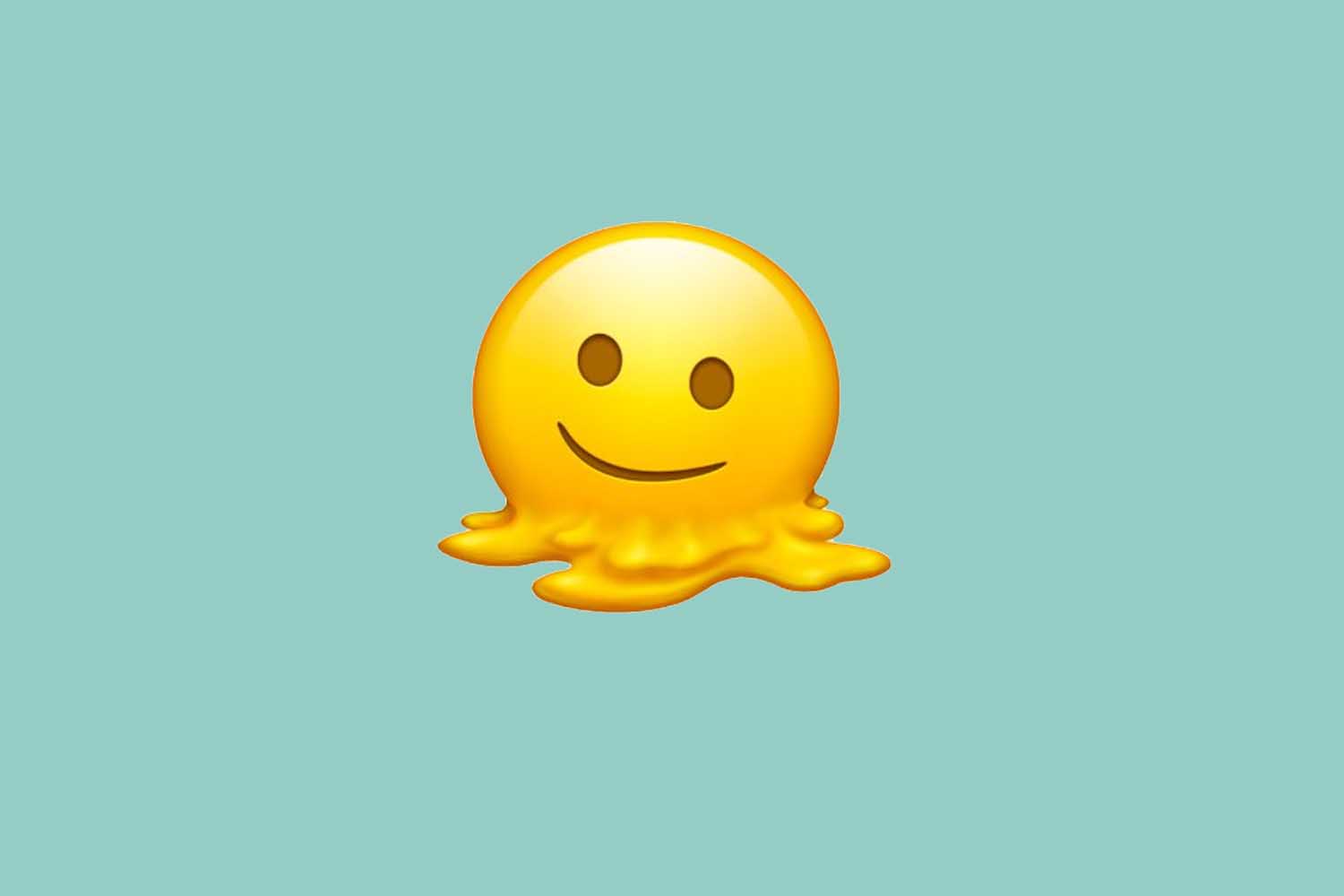