This 3-D Printed Autonomous Vehicle Is Already on the Road 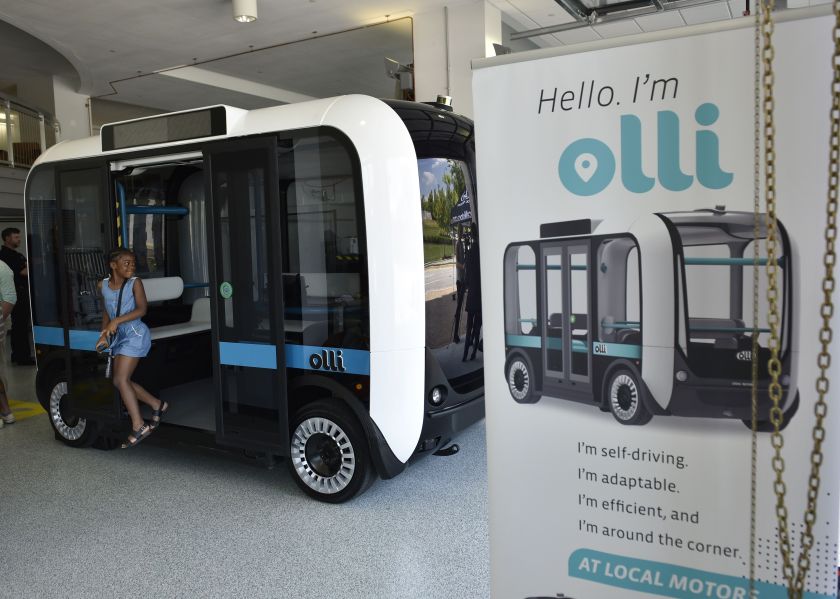 ‘Olli,’ an autonomous shuttle, is seen at the Local Motors facility at the National Harbor in Maryland on June 16, 2016. (Mandel Ngan/AFP/Getty Images)
AFP/Getty Images

A vehicle, built by robots, that can talk you through restaurant recommendations and then drive you to them sounds like the stuff of science fiction. But the Olli, a 3-D printed and autonomous vehicle, is already cruising the streets of National Harbor, Maryland. The vehicle was designed by a 24-year-old Colombian man, who brought the idea from concept to market in just three weeks. Olli was eventually built as a collaboration between Arizona-based carmaker Local Motors and industrial designer Edgar Sarmiento. It started as the winning entry in Local Motor’s competition to design solutions for urban mobility, and grew into today’s product with the help of 100 different partner companies. 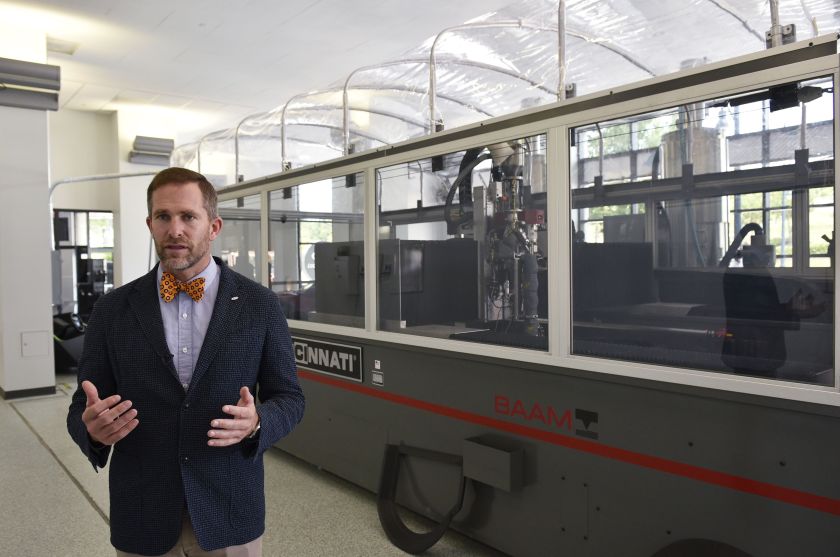 The electric vehicle, which can carry up to 12 people, is fully autonomous but human-monitored. Because of this flexibility, Olli has the potential to function as a chartered shuttle, taxi service, or public transportation service with a network of multiple vehicles. Olli is powered by IBM’s Watson supercomputer, which has learning and predictive capabilities. Like Uber, the Olli concept has the potential to disrupt the transportation industry. Local Motors says it has 10 orders for its Olli shuttles so far. Read more about Olli and its creators here. See it in action below. 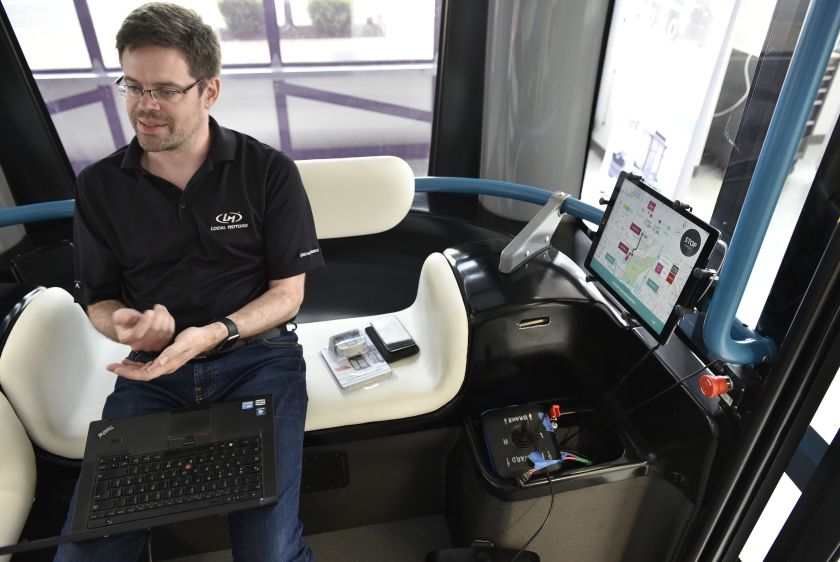 A programer works on an ‘Olli’ autonomous shuttle at the Local Motors facility in the National Harbor, Maryland on June 16, 2016. The electric self-driving shuttle is a partnership between Local Motors and IBM, using IBM’s Watson supercomputer. (Mandel Ngan/AFP/Getty Images)
AFP/Getty Images