A Chinese couple take pictures in an interactive installation art work named 'You and Me' on Valentine's Day at 798 Art Zone in 2012. (Feng Li/Getty Images)
By Will Levith 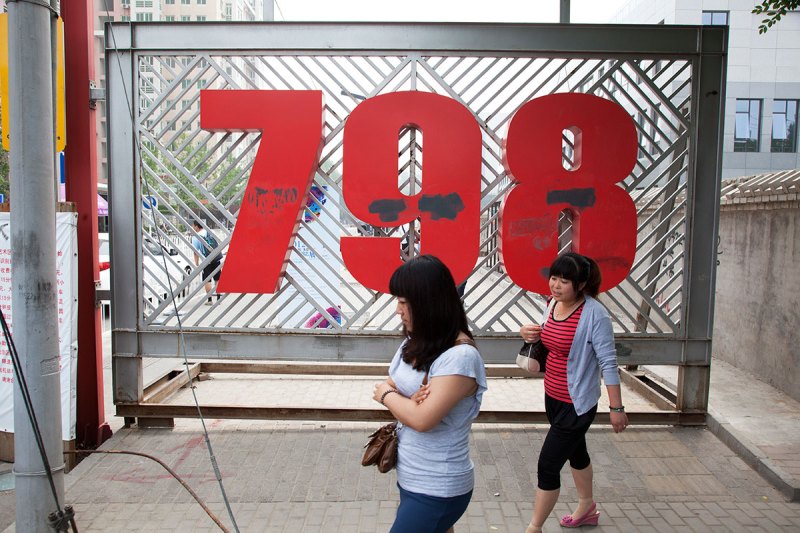 Large red numbers at the entrance of Zone 798 or Dashanzi Art District, which is a part of Dashanzi in the Chaoyang District of Beijing, China, that houses a thriving artistic community. (In Pictures Ltd./Corbis via Getty Images)

When foreigners think of Beijing, what first comes to mind is probably the “old guard”: that giant portrait of Mao Zedong in Tiananmen Square—or the massacre that took place there in 1989.

But just a 30-minute car ride away is the other side of the coin completely: an emerging arts and design area known as “Zone 798.” Situated in the Dashanzi district of Beijing, Zone 798 covers about 0.2 square miles and is awash with street art and installations, photo galleries, cafes, and restaurants—something one might envision in Europe, not in China.

Zone 798 rose to popularity in the early aughts, and like other emerging arts scenes started out with much humbler means: The area used to be a tangle of Bauhaus-style decommissioned military electronics factories. Today, it is a showcase for the country’s top artists, such as Ai Wei Wei and Zhang Xiaogang.

Indeed, 798’s now so hot businesses want places there as well. According to Bloomberg, the area has become the new stomping grounds from some of the world’s biggest brands, including German automaker Audi. Read about it here.

For more on District 798, click here. Take a short visual tour of the neighborhood below. 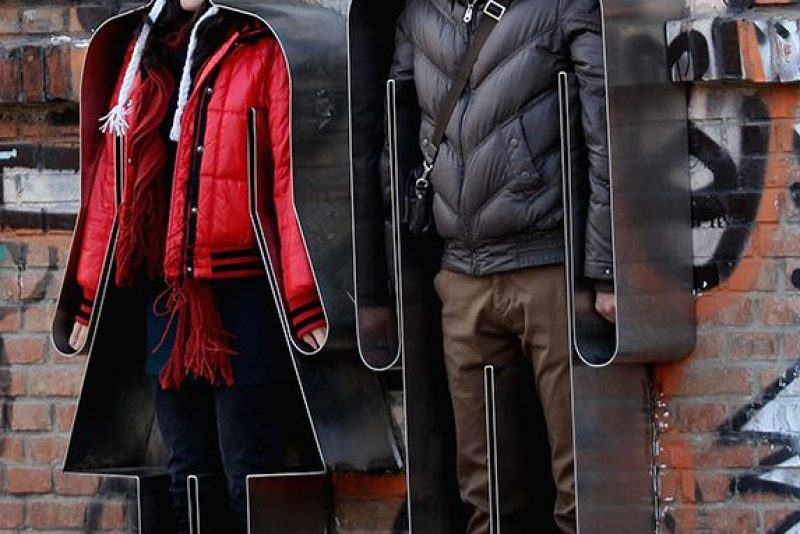 A Chinese couple take pictures in an interactive installation art work named ‘You and Me’ on Valentine’s Day at Zone 798 in 2012. (Feng Li/Getty Images) 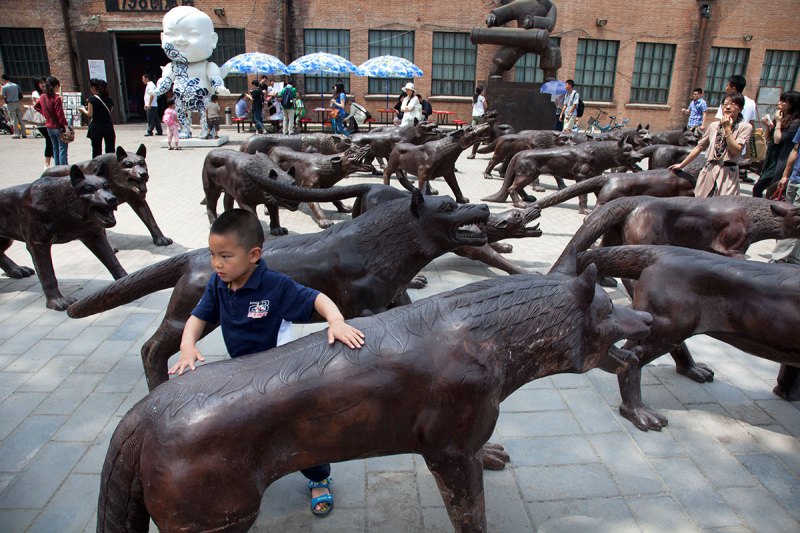 Kids playing on some bronze wolf sculptures in Zone 798. (In Pictures Ltd./Corbis via Getty Images) 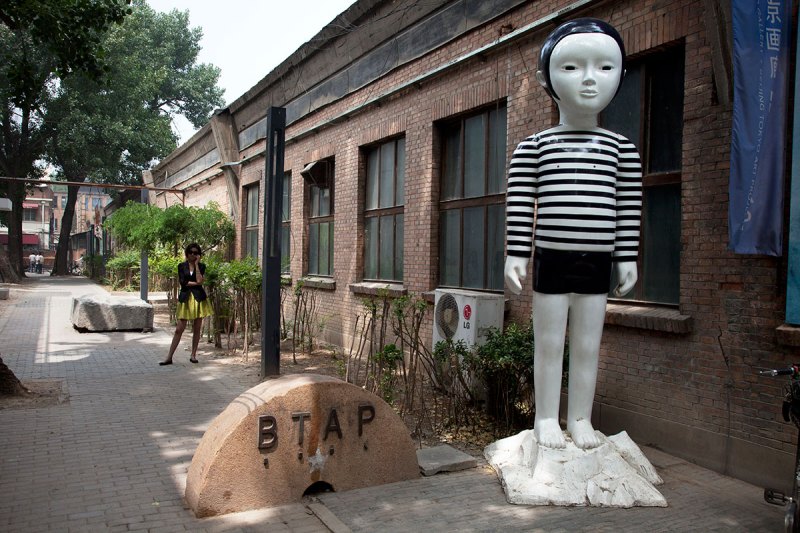 Contemporary art sculpture installed outside on one of the lanes inside Zone 798. (In Pictures Ltd./Corbis via Getty Images) 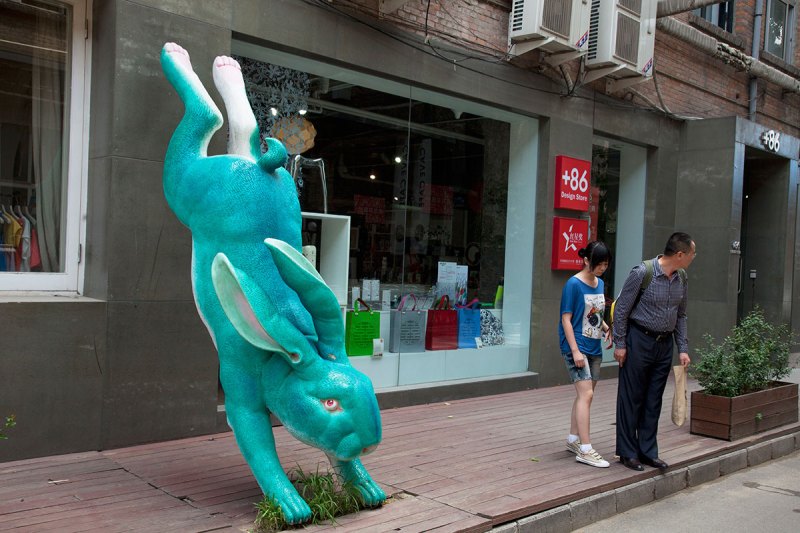 Contemporary rabbit sculpture outside along one of the lanes inside Zone 798. (In Pictures Ltd./Corbis via Getty Images) 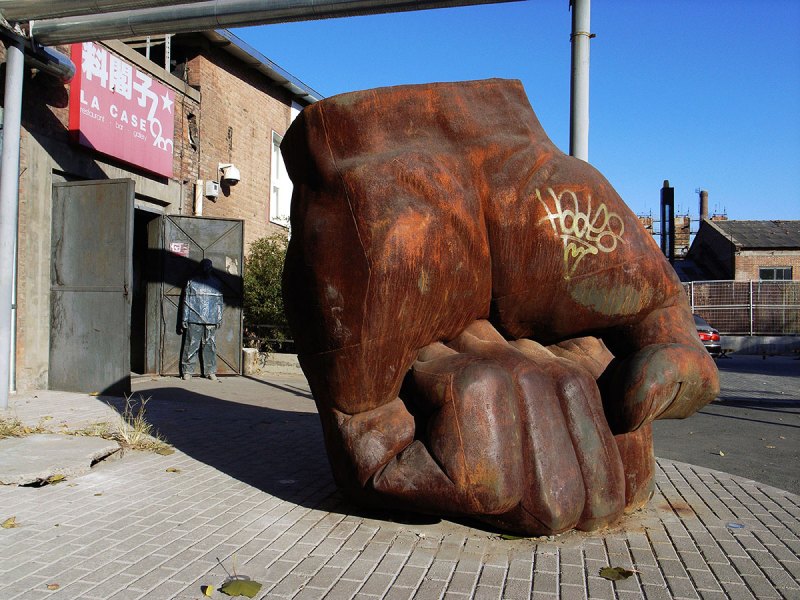