This Summer Compound Is Bananas With a Side of Ocean Views

Here, have a free lesson in upgrading the family beach house

Some family heirlooms are made of tarnished silver or sun-dried leather.

If you’re really lucky, you might get a car in decent shape. Some art. A house.

And then there’s the heirloom lottery. It’s in New Zealand, and it’s made of concrete, wood and sunsets.

In the local dialect, this type of holiday home is called a bach (pronounced like ‘batch’). Baches are traditionally small and modest. Not this one. Di and John Struthers decided to stray from the norm when they commissioned Studio Pacific Architecture to redesign a home that had been passed down through the family tree into something equal parts strange, grand and hand-down-able.

The strangeness is intentional, a holdover from the former beach house their family had loved and lived in for some 40 years. “Misalignments, slippages and quirks” abound. 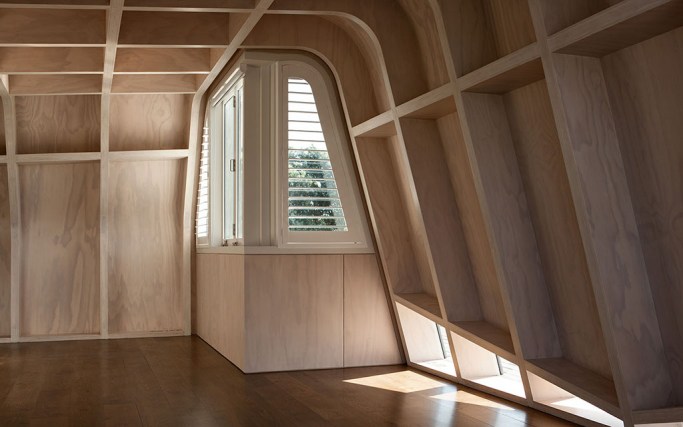 The bach comprises two buildings: the main house, which has a master bedroom and common spaces for socializing, and the ‘sleep out,’ a bunker across the yard with extra bedrooms and massive shutters that can be closed for privacy or flung open to soak in the ocean views.

We’ll take a bit of each.

All images via Simon Devitt