Taken between 1862 and 1900, these images show a lost age before modernization. 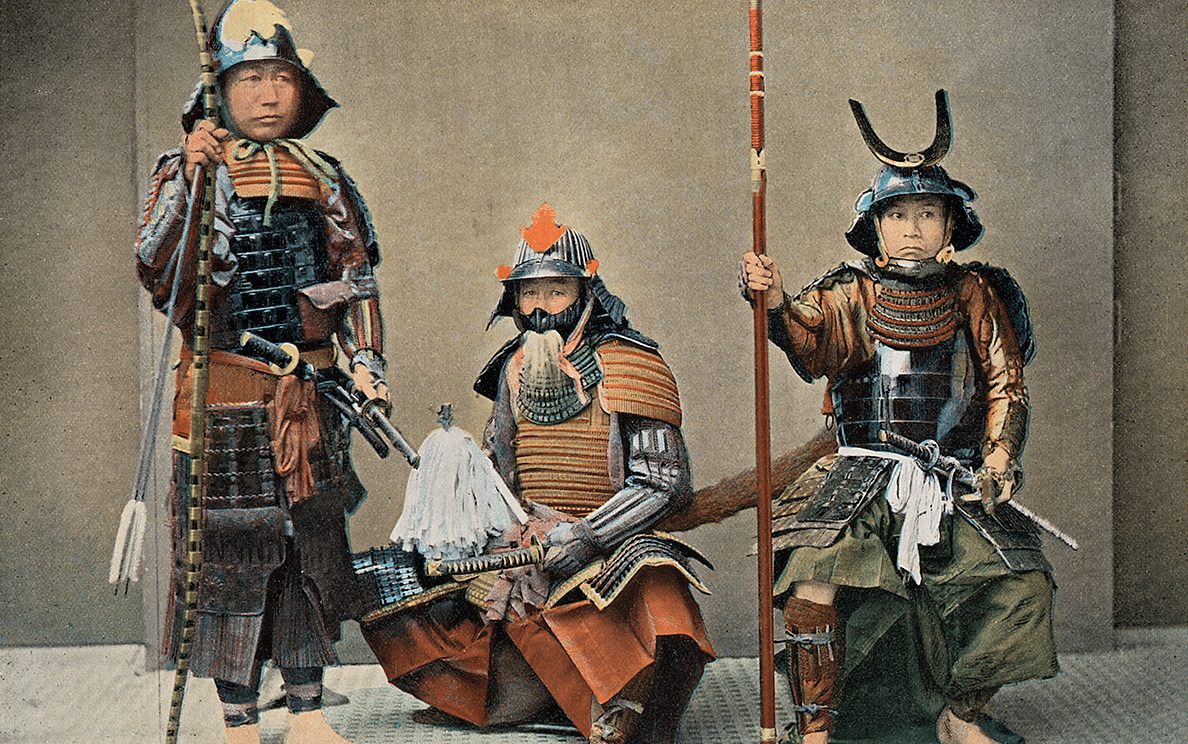 Once elite warriors, the samurai of feudal Japan began to fade from the upper echelon of the military in the mid-1800s when the country’s armed forces began to modernize. Colorized photographs, a new technology at the time, give us a window into that period when the samurai were a dying breed of soldier.

This transition began when Emperor Meiji ordered sweeping changes across the country to transform Japan’s armed forces into a modernized, Western-style army. As the once-revered warriors fell from their ranks and were no longer able to don a sword in public, they were forced to find power in other influential positions like business or government jobs.

Take a look at these rare photos, taken between 1862 and 1900, that capture the twilight years of Japan’s samurai. The images were captured in black and white, then hand-painted with colors by artists. 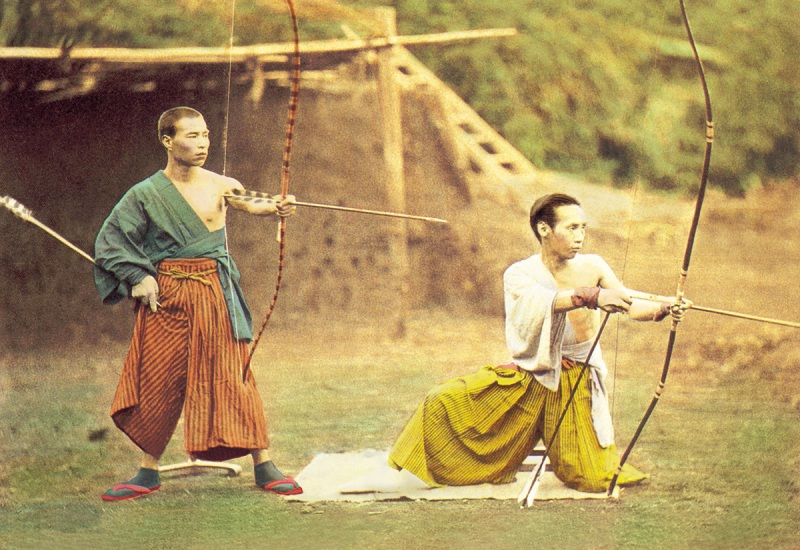 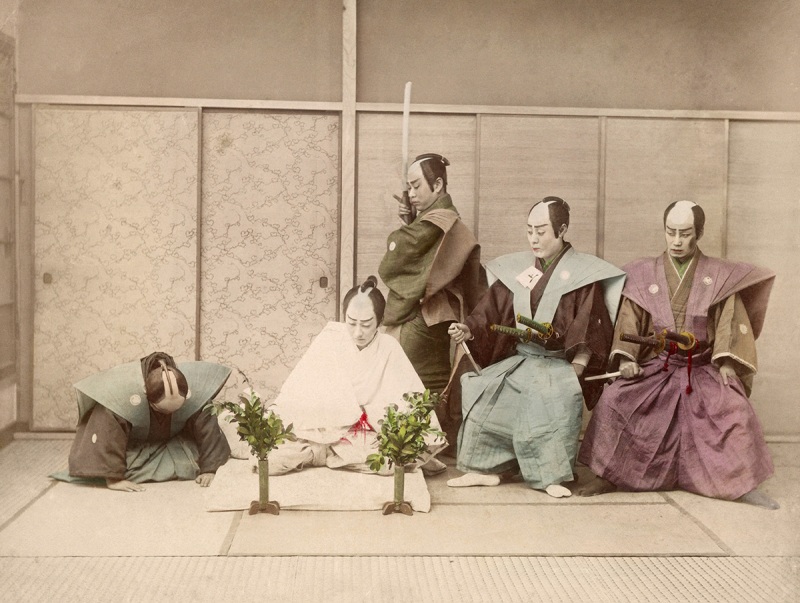 A staged version of the Japanese ritual suicide known as Seppuku or Hara-Kiri, circa 1885. (Sean Sexton/Getty Images)
Getty Images 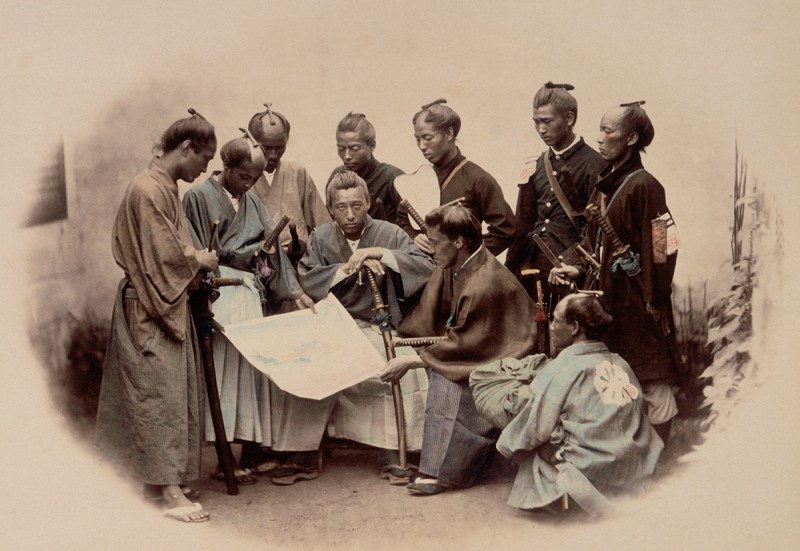 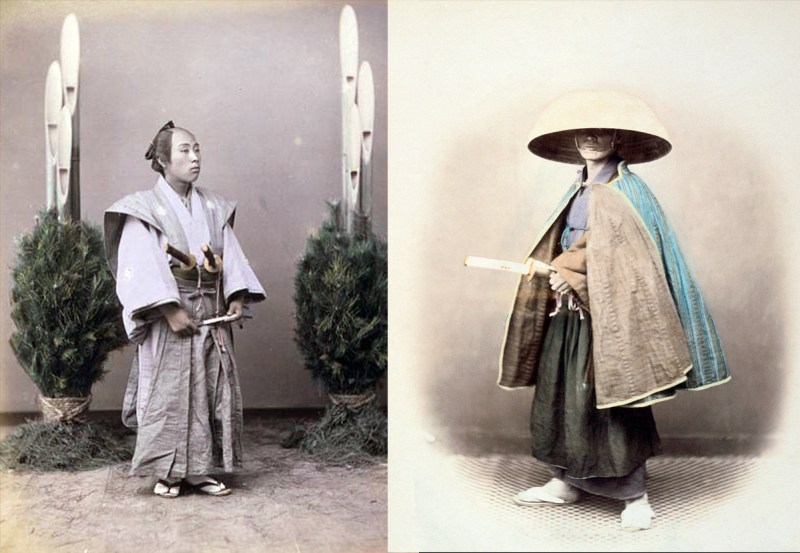 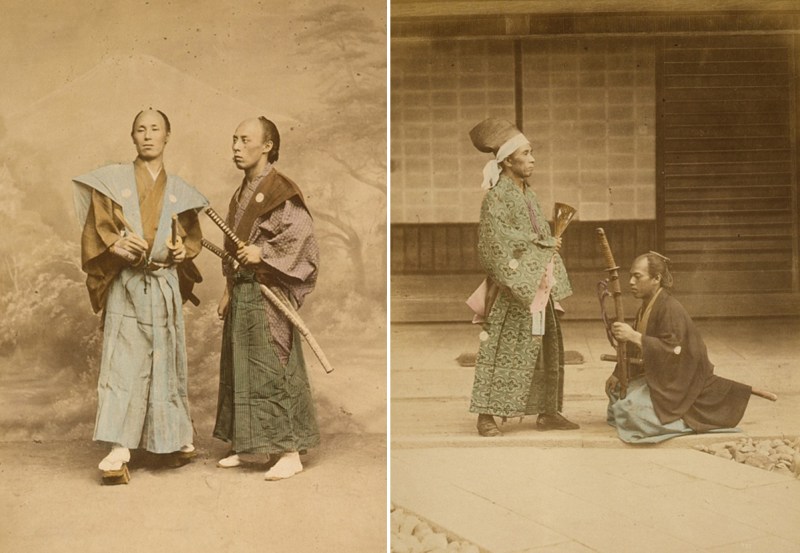 (l) Portrait of Japanese samurai, circa 1877; (r) Samurai or retainer kneeling before government official or daimyo, circa 1877 (Library of Congress) 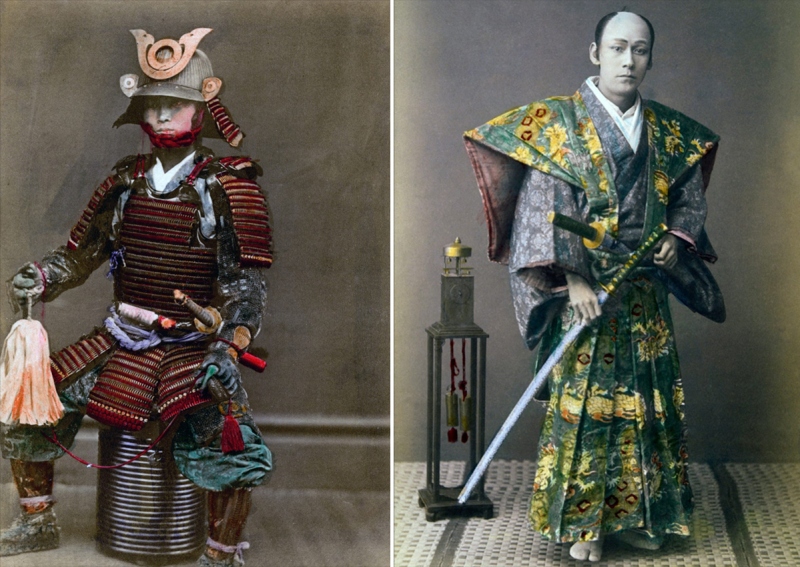 (l) Samurai in armor from Labor and Porcelain in Japan, by the United States Consul-General, Yokohama circa 1882; (r) Hand-colored albumen photograph of samurai, circa 1880. (Getty Images) 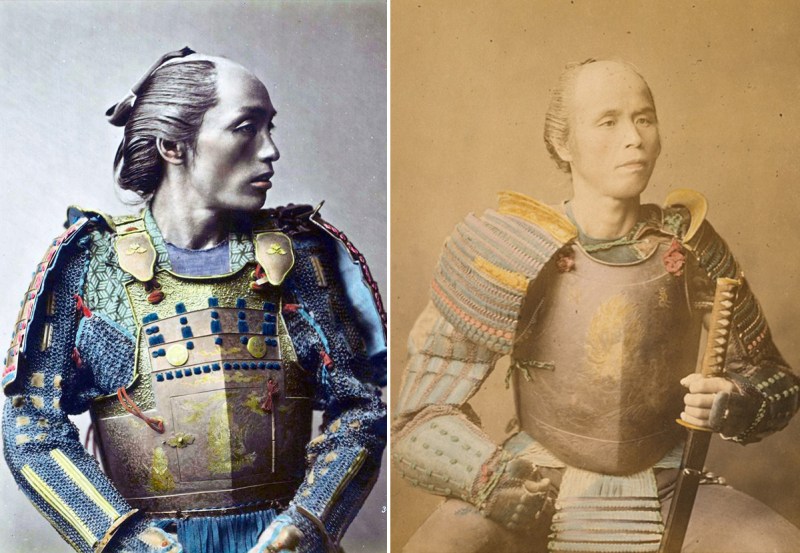