How One Photograph Helped Get Abraham Lincoln Elected

They say a picture’s worth a thousand words. Or maybe in this case, a thousand (or more) votes.

Before Matthew Brady became the Civil War’s most prominent photojournalist, he was a portrait photographer working out of a shop in New York City, notes Smithsonian. That’s when he decidedly took one of the most important photographs in history. 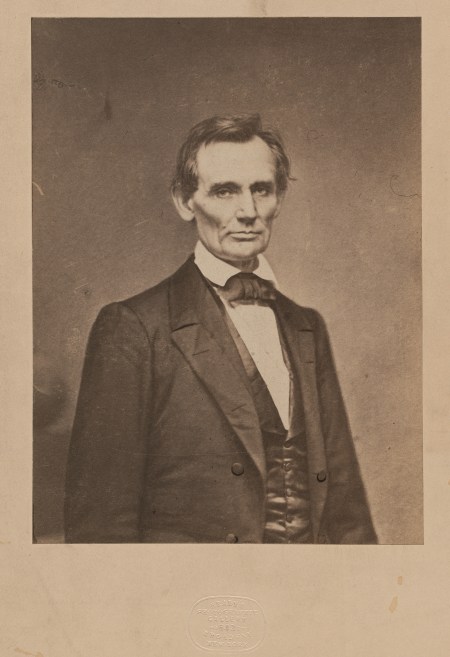 Between 1844 and 1860, Brady became one of the premiere photographers in the country—and had at least one soon-to-be-famous subject: presidential candidate Abraham Lincoln. One photograph of Lincoln, taken on February 27, 1860, the same day Lincoln gave a particularly rousing speech at Cooper Union in New York, “helped give him a sophisticated look that matched his timeless words.” The photo helped sell Lincoln to the American public as a serious candidate, not a country bumpkin. That particular photograph would be featured in prominent publications such as Harper’s Weekly.

Even Lincoln himself thought the photograph was quite the political triumph, supposedly thanking Brady and the Cooper Union speech for winning him the presidential election.

A number of Brady’s early portraits—including the Lincoln photo in question—are being displayed at the National Portrait Gallery in Washington, D.C., as part of an exhibit entitled “Antebellum Portraits by Matthew Brady.”

If You Can't Do This Balance Exercise, You're Likelier to Suffer Falls in Old Age

Guess What? Golf Is Good For You.
8 Good-Looking Field Watches You Can Actually Wear in the Field
Now’s the Time to Visit the World’s Smallest Tequila Bar
Review: Why You Should Consider the BMW i4 M50 Over the Tesla Model 3