(Original Caption) Seems amused by assassination plot...Seeming quite amused, Cuban Prime Minister Fidel Castro holds up a newspaper headlining the discovery of a plot to kill Castro here, April 23rd. Castro was at the Overseas Press Club at the time. Police said five brothers had been sent here from Philadelphia, Pa., to assassinate the bearded leader. Police said that three other men, including a sixth brother, were believed to be in New York in connection with the plot to kill Castro. Earlier in the day, when asked about a reported assassination attempt, Castro had replied, "In Cuba, they had tanks, planes and they run away. So what are they going to do here? I sleep well and don't worry at all." (Bettmann/Contributor/Getty Images)
By David Kiefaber 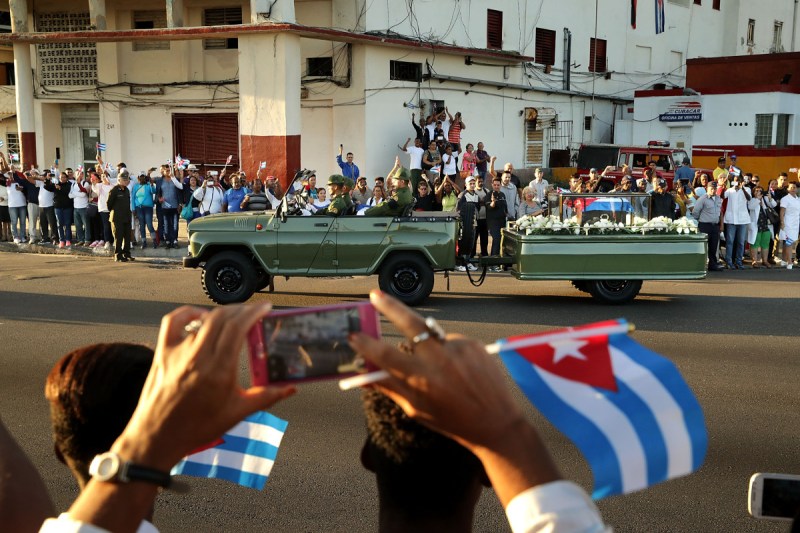 Fidel Castro died at the age of 90 on Nov. 25—from what we can only assume were natural causes. But did you know that he had previously faced a reported 637 plots against his life during his tenure as the president of Cuba?

According to a former member of Castro’s secret service, the assassination attempts began as early as 1959, while Dwight Eisenhower was president, and continued through the presidencies of John F. Kennedy, Lyndon Johnson, and Richard Nixon. While many of these attempts were planned independently by U.S.-based Cuban exiles, the CIA’s attempts on Castro’s life grew more obsessive (and bizarre) as time went on.

RealClearLife has curated a list of some of the ways the CIA reportedly attempted to assassinate Castro throughout the years. 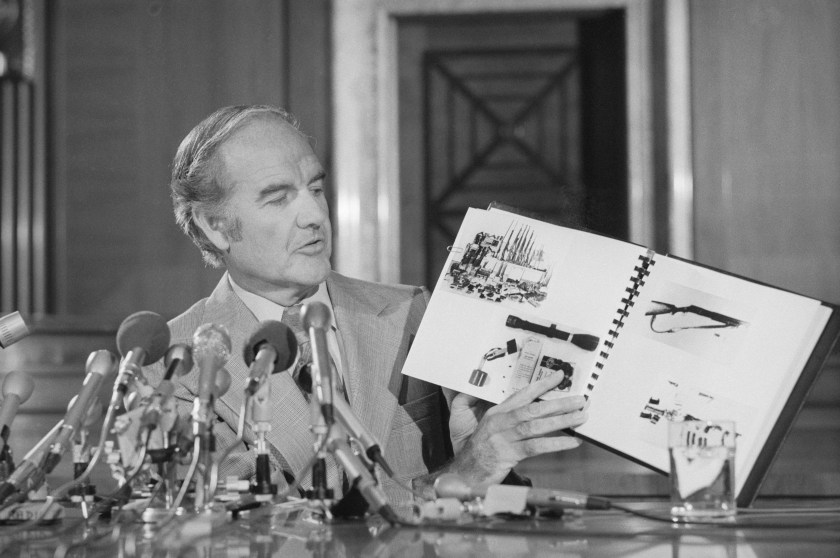 Senator George McGovern, (D-S.D.), is shown holding part of the material sent to him by Cuban Premier Fidel Castro, as he tells a news conference the material contains documentations on 24 alleged attempts by the CIA to assassinate the Cuban leader and some of his associates. Castro forwarded the materials following the Senator’s visit to Cuba in May. (Bettmann/Contributor/Getty Images)
Bettmann Archive

Poison
The CIA tried poisoning Castro multiple times, concocting situations that wouldn’t have seemed out of place in a James Bond movie. For example, in 1960, they spiked cigars with botulinum toxin and delivered them to an “an unidentified person,” who would theoretically present them to Castro as a gift. Needless to say, that didn’t happen.

Undaunted, the CIA gave two botulism-toxin pills to Castro’s lover Marita Lorenz, who told Vanity Fair that she was supposed to spike Castro’s drink with them. Not only did she decide not to go through with it, she ended up ruining the pills by stashing them in a bottle of cold cream.

Furthermore, Castro found out about this plot somehow, and reportedly handed her his gun, telling her “you can’t kill me. Nobody can kill me.”

Still thinking poison was the answer, the CIA outfitted a pen with a hypodermic needle containing poison and passed it along to a sympathetic Cuban official, who was then supposed to stick Castro with it. This plan had two major problems. One, their inside man thought it was stupid and had no faith that it would work. Second, the offer took place on the day of JFK’s assassination, which forced the CIA to discard the plan entirely. 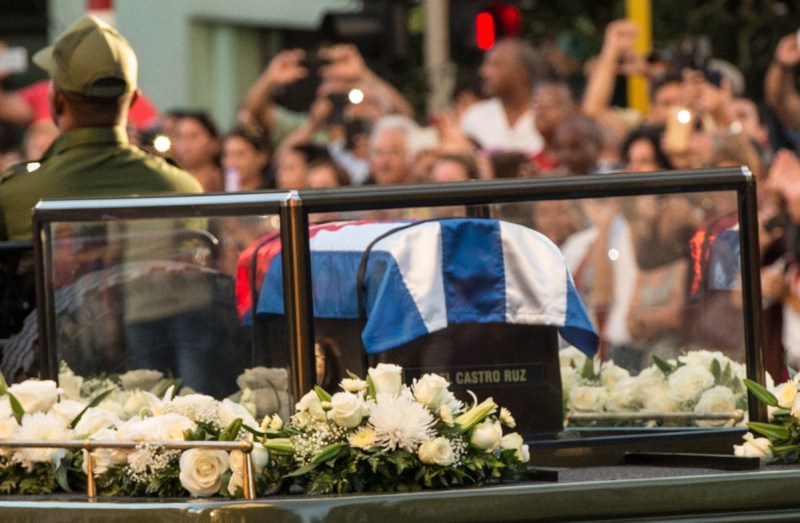 Scuba Diving
Castro was an avid scuba diver, and the CIA tried to use this against him twice, according to NBC News.

The first time, in 1963, they considered hiding explosives inside a large seashell, which they were going to paint with bright colors to attract his attention. When that plan was dismissed as impractical, they floated the idea of lacing a diving suit with a fungus that would ruin Castro’s skin. That one never left the lab either, and a future head of the CIA called it “cockeyed.” 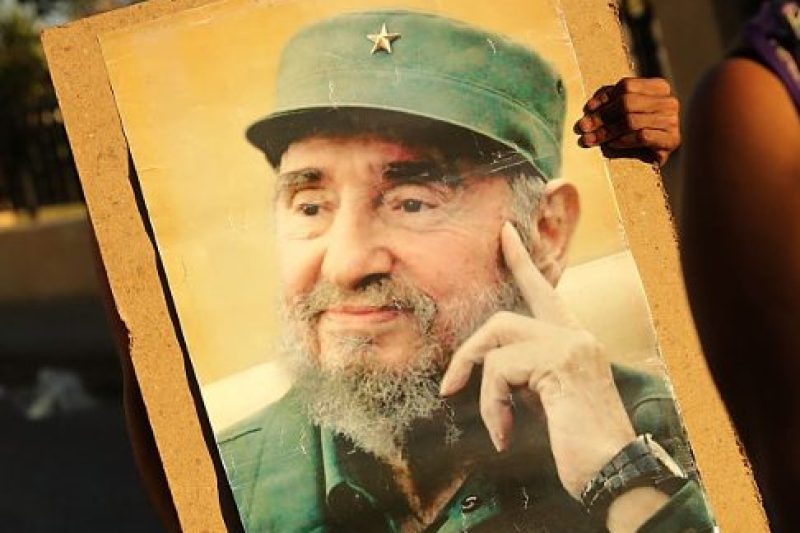 Mafia Hit
The CIA even went so far as to recruit Mafia members as hitmen. Knowing that the mob was bitter about Castro’s regime destroying the mob-owned casinos in Havana, the CIA approached Johnny Roselli, Salvatore Giancana, and Santo Trafficante with a secret plot to kill Castro. Wanting their plan to stay off the U.S. government’s radar, the CIA agent in charge went undercover as a representative of international businesses who’d lost money due to Castro’s gambling ban.

In the end, the three mafiosi were given six poison pills, and tried to spike Castro’s food for months. But the plot was eventually abandoned due to the Bay of Pigs invasion. 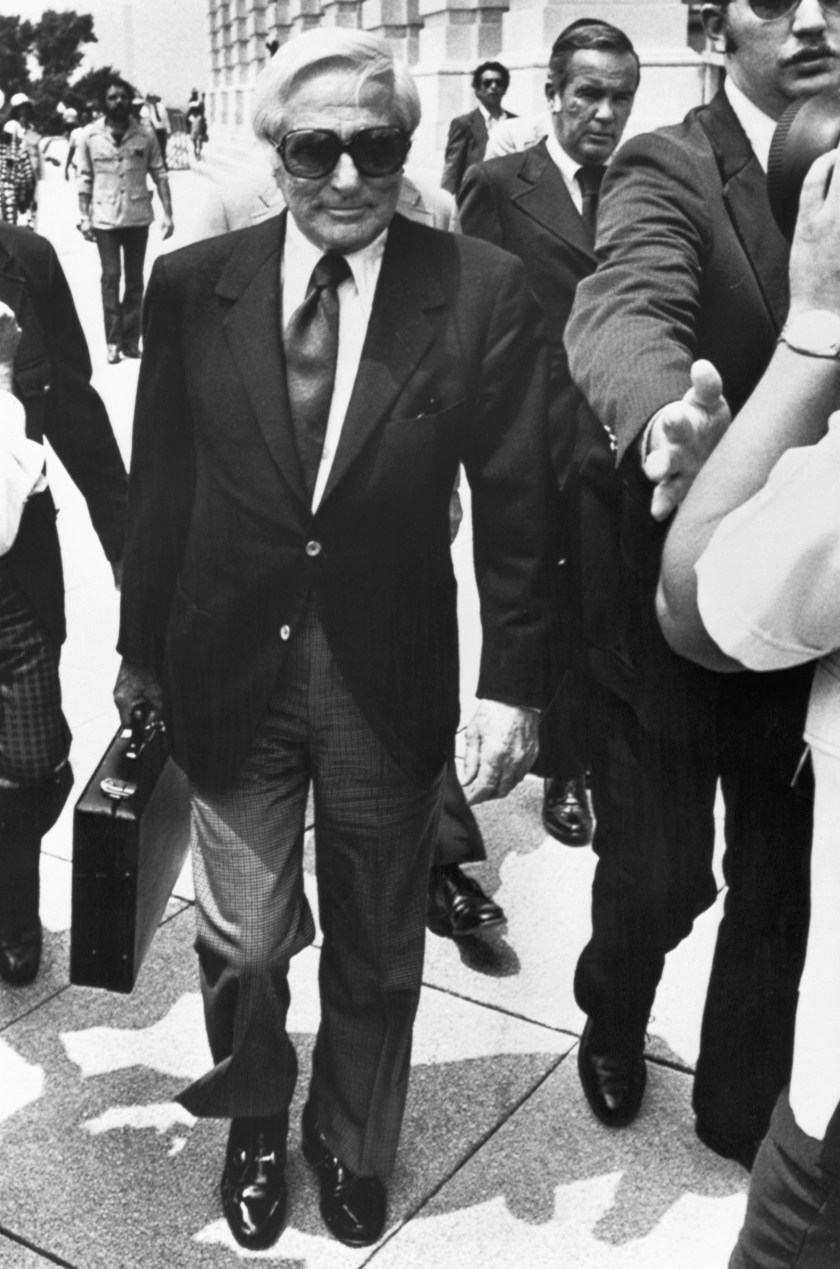 John Roselli, a reputed underworld figure from the days of Al Capone, arrives under tight security to appear before the Senate Select Committee on Intelligence to testify about his connection with the CIA and an alleged 1961 plot to assassinate Cuban Premier Fidel Castro. (Bettmann/Contributor/Getty Images)
Bettmann Archive