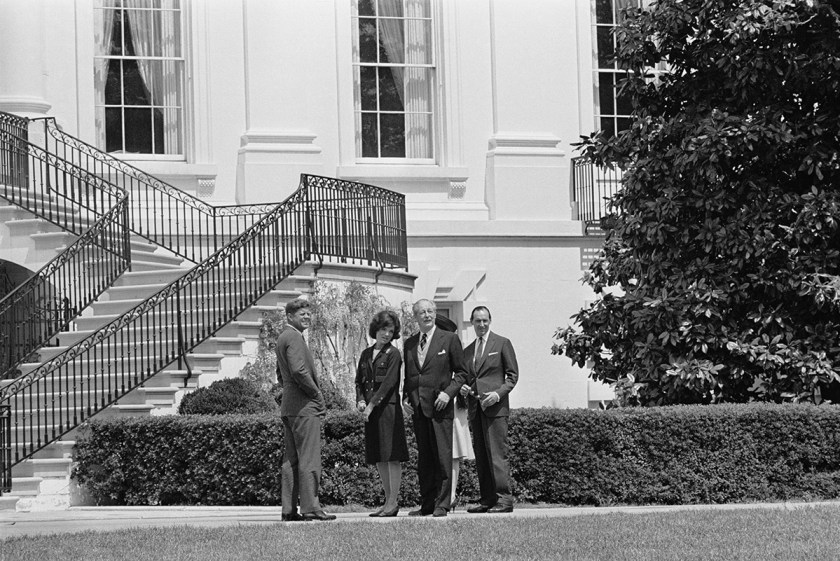 For a nation devastated by the 1963 assassination of President John F. Kennedy, the images of his wife’s resilience were forever seared in American minds.

The composure of First Lady Jaqueline Kennedy was on public display in the days leading up to her husband’s funerary procession—her young son famously saluting his father’s casket—and in the months to come.

But what Americans largely weren’t privy to at the time—and even sixty years later—is how that grieving widow found the strength to love again. Little was known of her romantic life between JFK’s death and her second marriage five years later. At least not until a recent discovery. 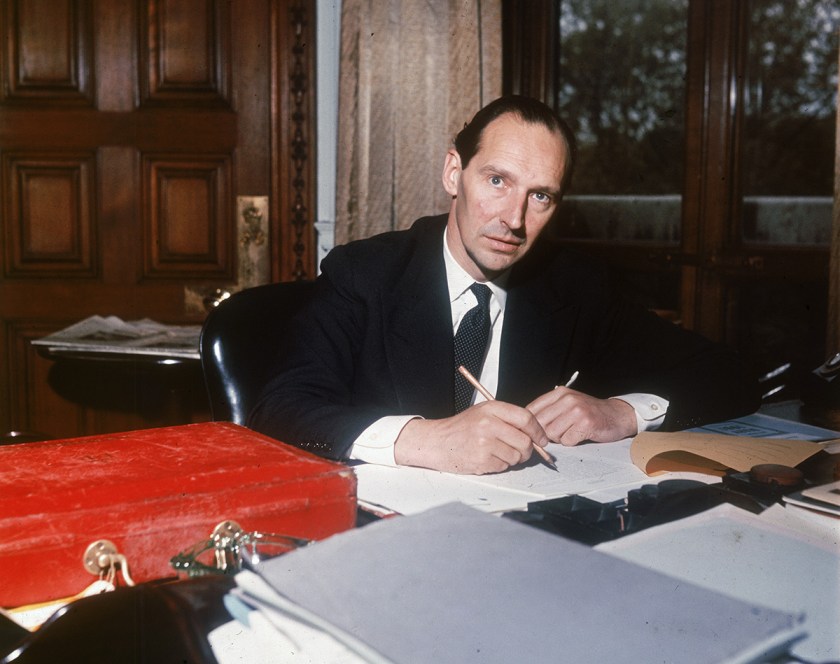 David Ormsby Gore at his desk, with a familiar-looking red case – see below (Hulton Archive/Staff)

The late David Ormsby Gore, the fifth Lord of Harlech, and the British Ambassador to the United States at the time of Kennedy’s presidency, has been revealed as an object of her affection, and likely much, much more.

A former Royal Artilleryman, who reached the rank of Major, Ormsby Gore went on to enjoy a successful career in British politics, becoming a close friend of JFK during his time as ambassador. (They had actually first met in 1938, when Kennedy’s father was the American Ambassador in London.) Ormsby Gore also played a crucial role in the resolution of the Cuban Missile Crisis, and even after Kennedy’s assassination, he and his wife remained close with Jackie Kennedy.

Then tragedy struck Ormsby Gore four year’s after Kennedy’s assassination: He lost his wife in a car accident.

Much of what happened afterwards unfolded behind closed doors.

When Ormsby Gore died in 1985, however a cache of letters was discovered in a red box amongst his personal effects. The contents? A series of handwritten and typed letters from Kennedy, his brothers Robert and Edward, and of course, Jackie Kennedy. Eighteen of the letters were written by Jackie to Ormsby Gore, two of which arrived in February 1964 (just a few months after the assassination). 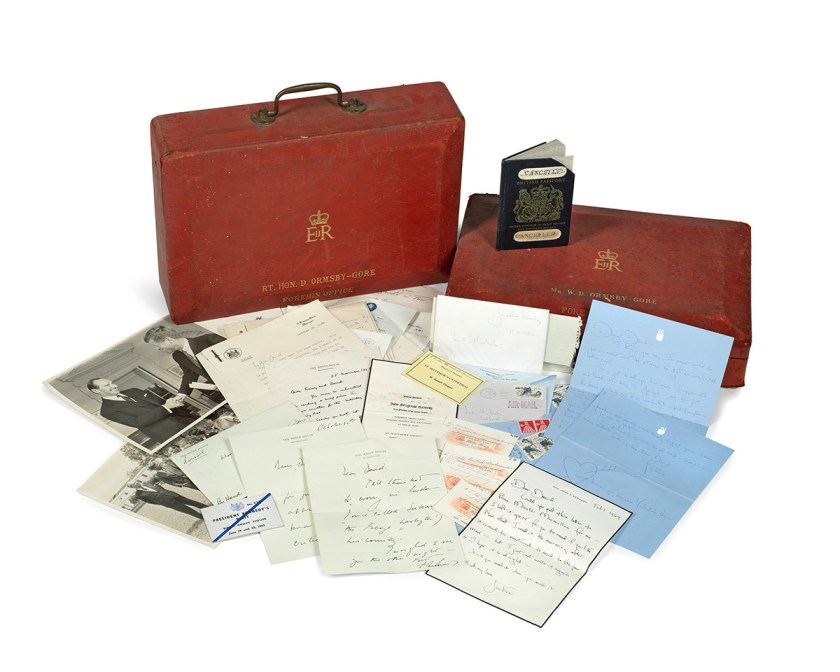 The contents of those letters from Jackie Kennedy speak volumes. One letter, referencing the loss of Ormsby Gore’s wife reads:

“… Your last letter was such a cri de coeur [passionate appeal] of loneliness—I would do anything to take that anguish from you—It doesn’t seem that we can ever help the people we would wish to help….You want to patch the wounds & match the loose pairs—but you can’t because your life won’t turn out that way—You cry so against it—but I suppose it is like a dammed tiny stream, slowly making a new course …”

She would write to him about a number of subjects, including a visit they made together to Cambodia (in the early years of the Vietnam War), her love of ballet, the America’s Cup, and a host of other subjects, all pointing to the fact that there was something more than just friendship between the two.

In a letter defending her impending marriage to Aristotle Onassis, a wealthy Greek businessman, Kennedy wrote:

Reading between the lines, the message to Gore seems to be that she couldn’t marry him because of his history with JFK and his connection to the “past.”

“We have known so much & shared & lost so much together—Even if it isn’t the way you wish now—I hope that bond of love and pain will never be cut … You are like my beloved brother—and mentor….,” she wrote. 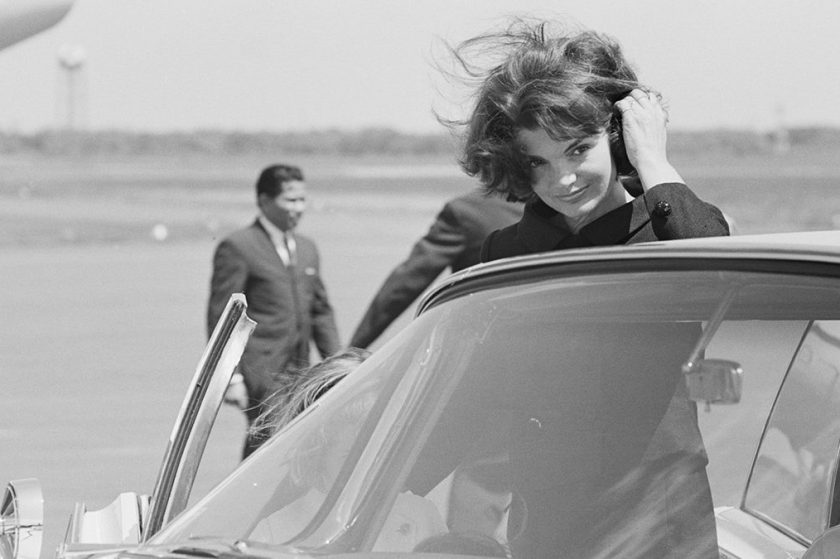 Ormsby Gore then drafted (but never sent) a response dated February 3, 1968, clearly making reference to a marriage proposal to Kennedy that had been rejected. In it, he speaks of his dashed hopes:

“I have tried for hours and hours to understand your explanation and I suppose I do in a way, without agreeing with it; but what I find unbearable and in a way, dearest Jackie, untrue is that you could come to such a categorical conclusion [to marry Onassis].”

Those historic love letters will hit the block at Bonhams auction on March 29 in London, along with the rest of Ormsby Gore’s estate. To browse the full catalog of items, click here. Watch a video produced by Bonhams of the sale below.

Sourdough Focaccia Is Truly the Best Focaccia. Here's One Chef's Recipe.
Norm Macdonald Was Quite Possibly the Best Talk-Show Guest of All Time
MotorTrend Calls Electric Rivian the "Most Remarkable Pickup" in First Official Review
I Honestly Didn’t Know Lori Loughlin Was THAT Kind of Rich
Bill Maher Takes on the Met Gala and Charlie Sheen on a New "Real Time"
How the Stand-Up World Will Remember Norm Macdonald

How the Stand-Up World Will Remember Norm Macdonald
What Does "Peg the Patriarchy" Even Mean?
How to Get an iPhone 13 Pro or Mini for $0