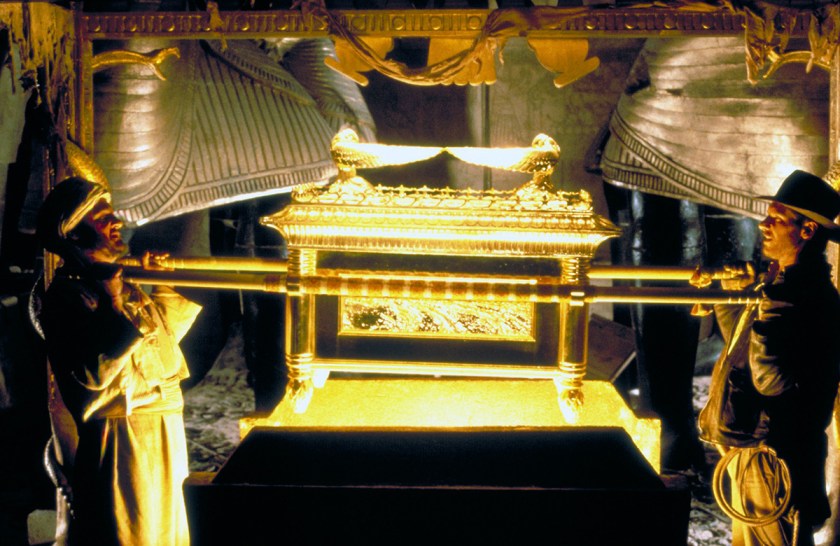 Just how powerful are religious artifacts? Raiders of the Lost Ark posed that very question. Heritage Auctions doesn’t know the answer, but they can tell you a thing or two about their value.

On Nov. 16, as part of its “Biblical Archaeology” sale, the Dallas, Texas–based auction house is putting just such an artifact on the block: the earliest-known complete stone inscription of the “Ten Commandments.” Dating to the late Roman-Byzantine Era (300–830 C.E.), the white marble slab, which is 25 inches by 25.5 inches and weighs 115 pounds, includes 20 lines of Paleo-Hebrew characters in the Samaritan dialect distinctive to the Common Era (i.e. C.E.). Interestingly, whomever inscribed the slab must’ve had an editor (or been one him or herself), as some of the letters near the top were scrubbed out and then rewritten. 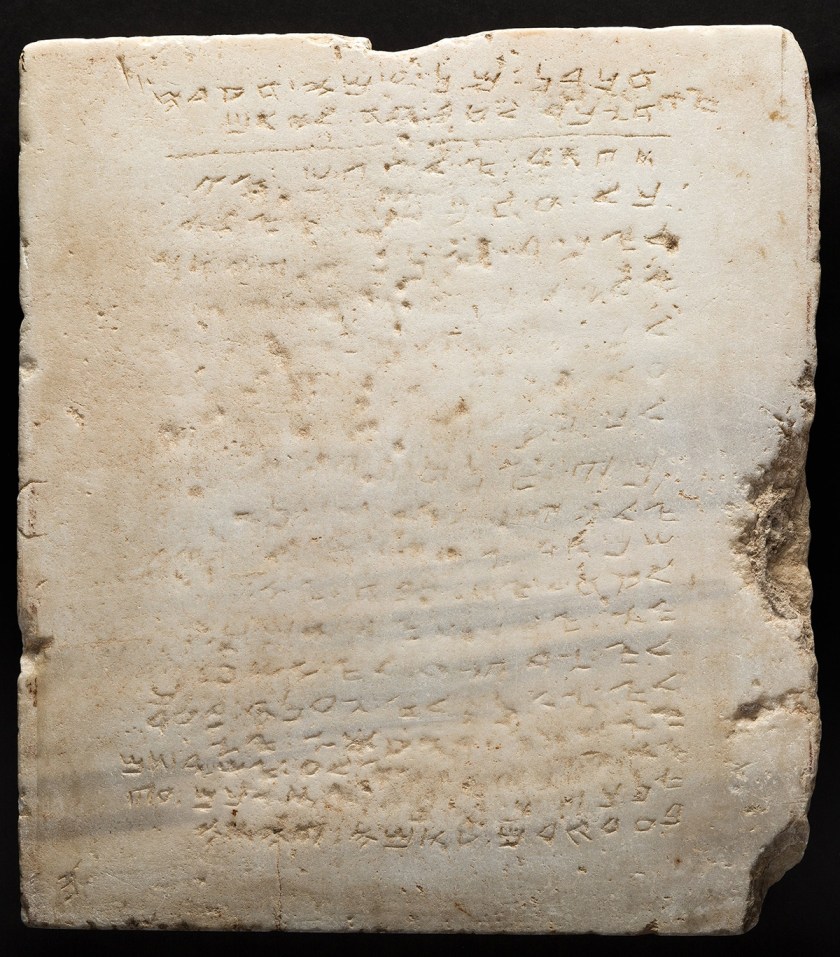 The auction house provided the piece’s translation (the numbers denote the lines on the slab):

The stone slab is part of “The Living Torah Museum Collection,” which was acquired from the Archaeological Center in Israel in 2003. Archaeologists originally discovered the piece near Yavneh (i.e. “Jabneel” in the Hebrew Bible), in Israel, at that point under Ottoman imperial rule on the Palestinian coast, in 1913.

If you’re wondering about the slab’s provenance, it’s quite detailed. According to Heritage, the slab’s discovery was discussed at length in the Journal of the Jewish Palestine Exploration Society in 1947 by a pair of authors. Apparently, the artifact had been unearthed by construction workers working on a train line on the coast in ’13. However, the workers didn’t know the importance of the tablet and sold it to a local wealthy man, who promptly installed it as a tile on the floor leading out to his courtyard (facing up, hence the wear and tear). In 1943, the stone was sold by the man’s son to one the authors of the 1947 article. That man then had it examined by noted scholar Yitzhak Ben-Zvi, who would go on to become the second and longest-serving Israeli president.

If you’re wondering what the Israeli government thinks of all of this, it’s actually gotten their sign-off—with a catch. In a March 2005 letter, the Israel Antiquities Authority (IAA) approved the piece’s export in perpetuity by the museum, but it did include these additional terms: that whomever purchases the slab must display it publicly “where all can view it and enjoy.” (So unfortunately, no, you cannot frame it and put it on your wall next to your Van Gogh.) In other words, bid wisely.

The first bid on the slab is set at $210,000. For more on this incredible piece of history or to place a bid on it, click here. To browse the rest of the auction’s items, click here.