Clint Eastwood began his acting career as most do with bit parts in B-movies. From there, he landed Rawhide in 1959, a TV Western with one of the most memorable theme songs of all time. Once the show took off, Eastwood continued with what he did best, starring in a string of Westerns: A Fistful of Dollars (1964); For A Few Dollars More (1965); The Good, the Bad and the Ugly (1966); and Hang ‘Em High (1968). Making the transition to the action genre, Eastwood took the part of rogue San Francisco cop Harry Callahan in 1971’s Dirty Harry. Paul Newman, Frank Sinatra, and Steve McQueen all passed on the role, which turned into a five-film franchise spanning 17 years, solidifying Eastwood as one of Hollywood’s greatest action heroes. Read more about his career here. Below, you’ll find a series of images highlighting the top moments in Clint Eastwood’s career, as well as a video montage of his greatest quotes. 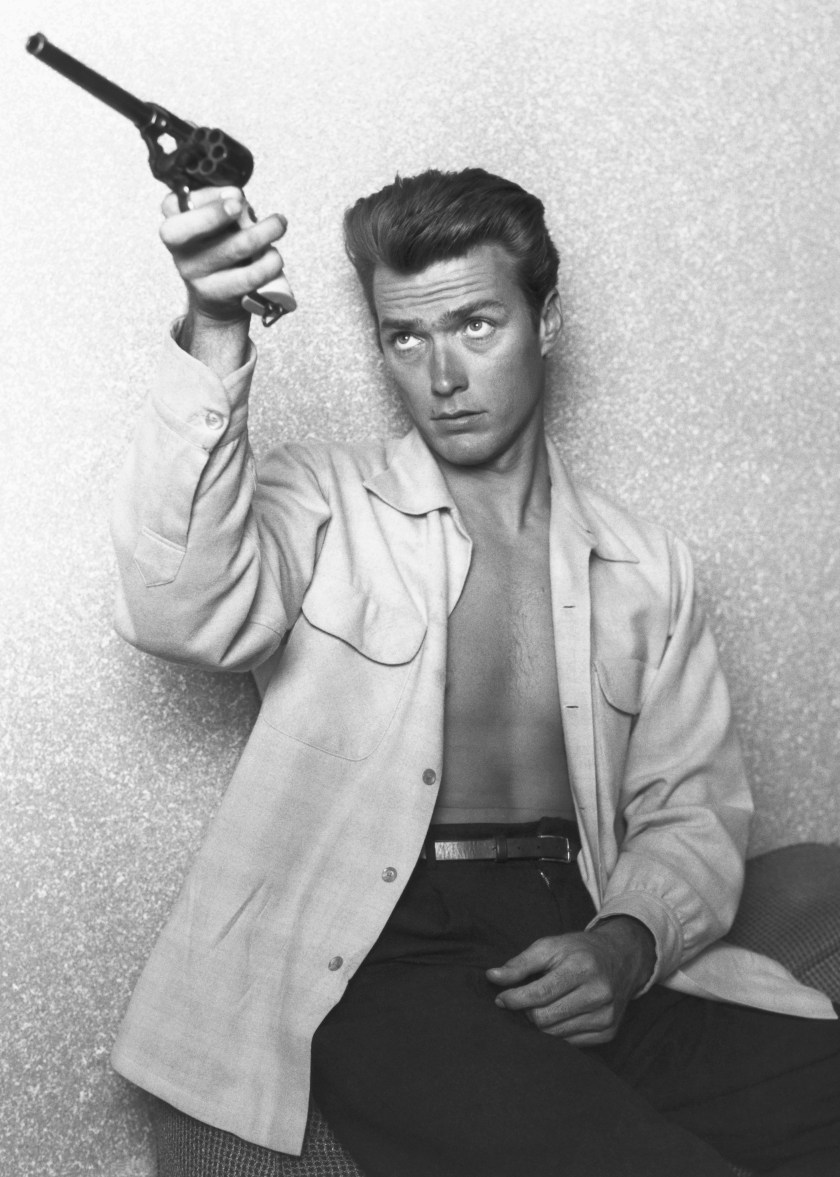 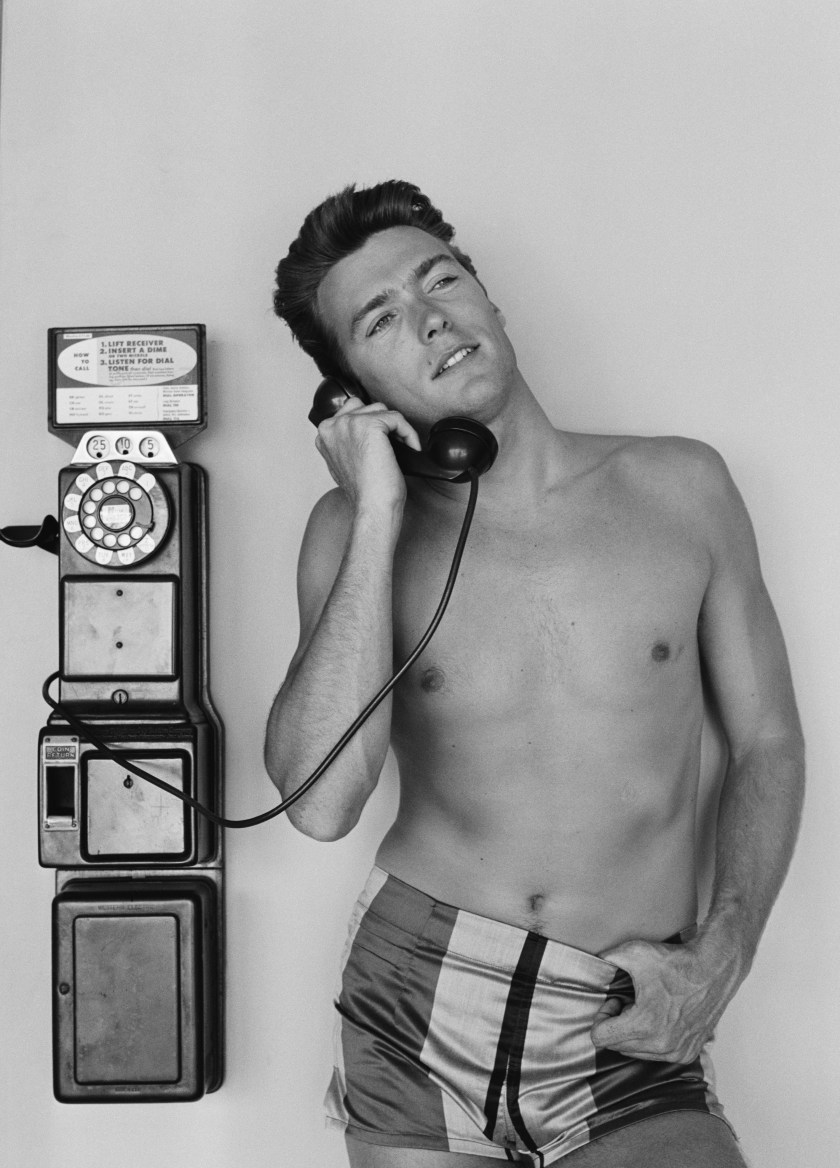 Eastwood talks on a pay phone outside his home in 1956, following his first speaking role in ‘The Creature From the Black Lagoon’ sequel. (Michael Ochs Archives/Getty Images) 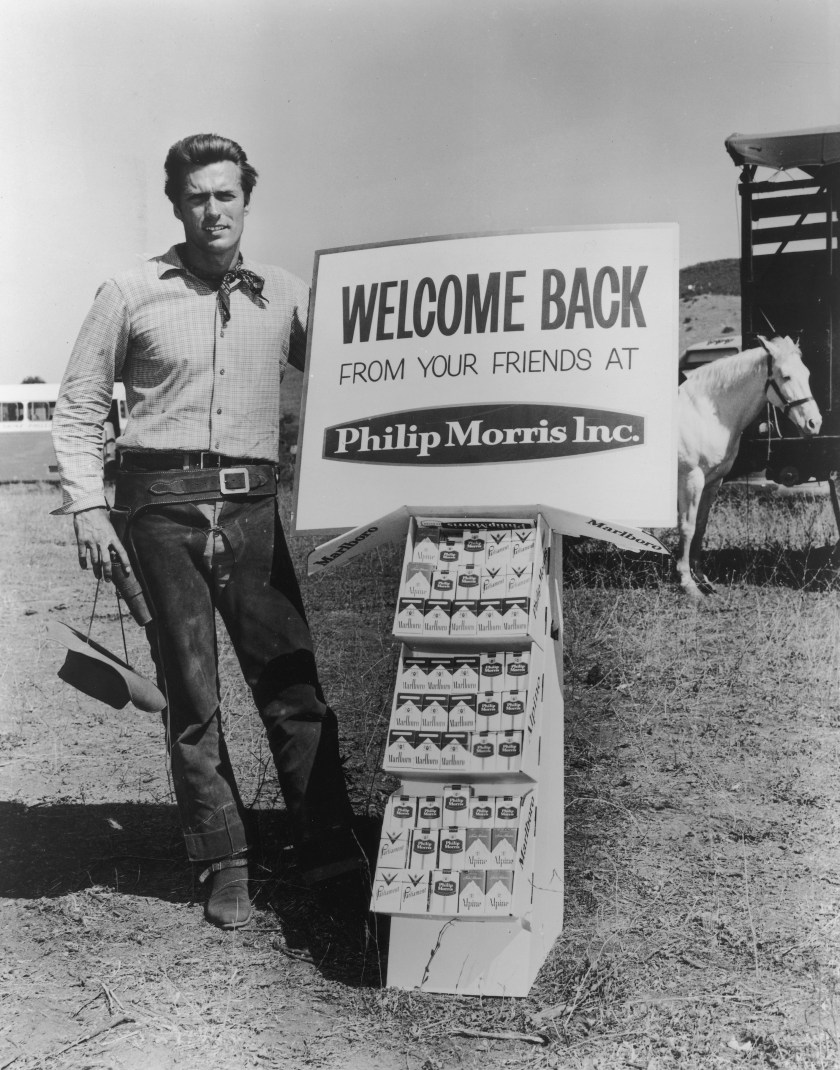 Eastwood returning to the set after a break in between seasons of ‘Rawhide’ during the early 1960s. (Hulton Archive/Getty Images)
Getty Images 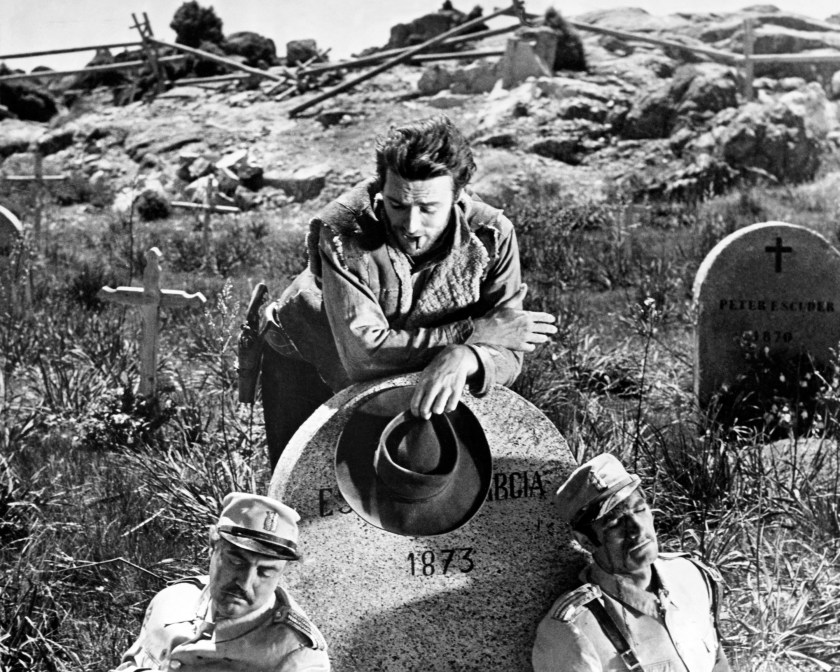 Eastwood, who played ‘Joe,’ in a promotional still for ‘A Fistful of Dollars’ in 1964. (Photo by Silver Screen Collection/Getty Images)
Getty Images 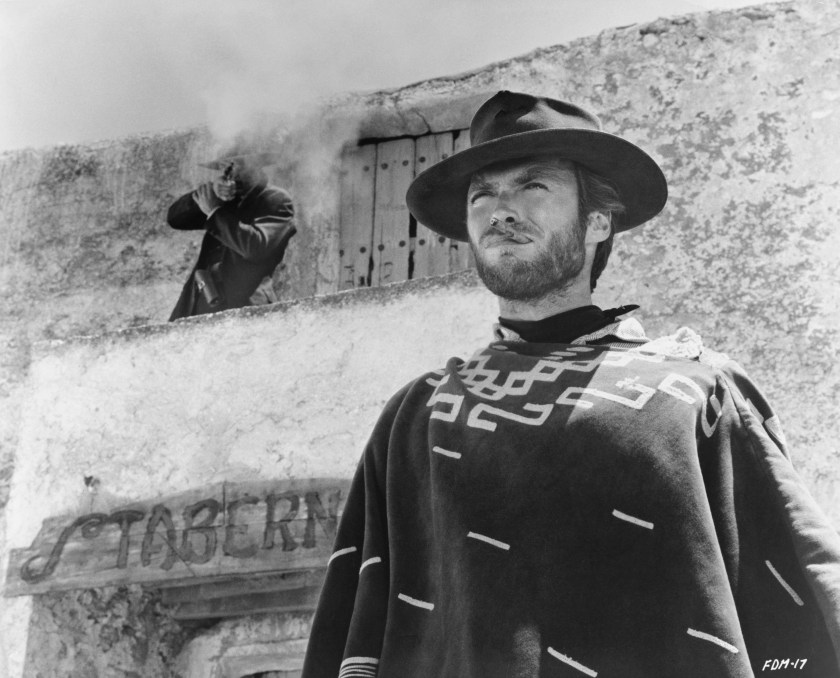 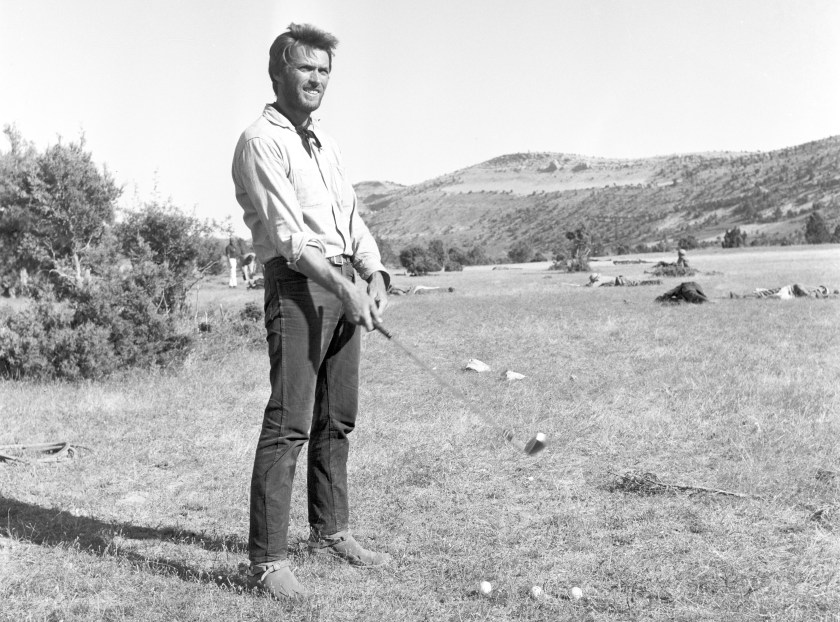 Eastwood playing golf during a break on the set of the film ‘The Good, the Bad and the Ugly’ in 1966. (Reporters Associati & Archivi/Mondadori Portfolio via Getty Images)
Getty Images 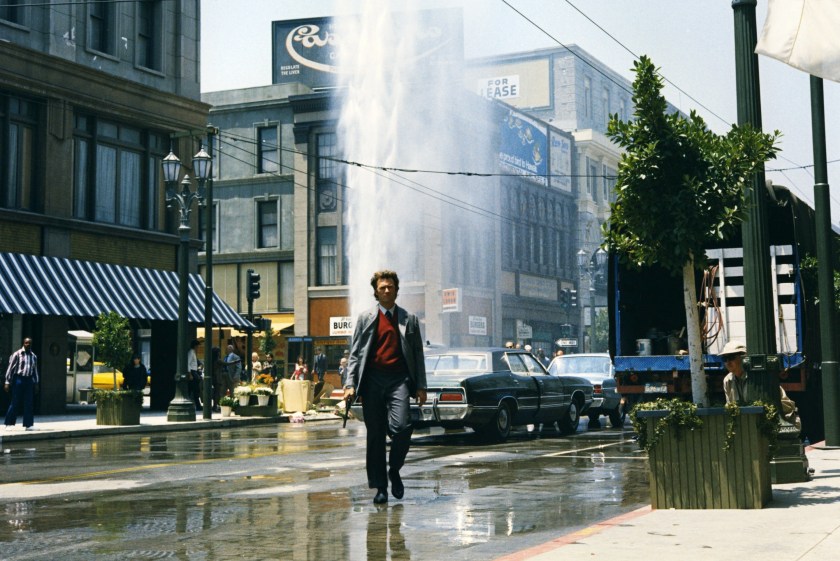 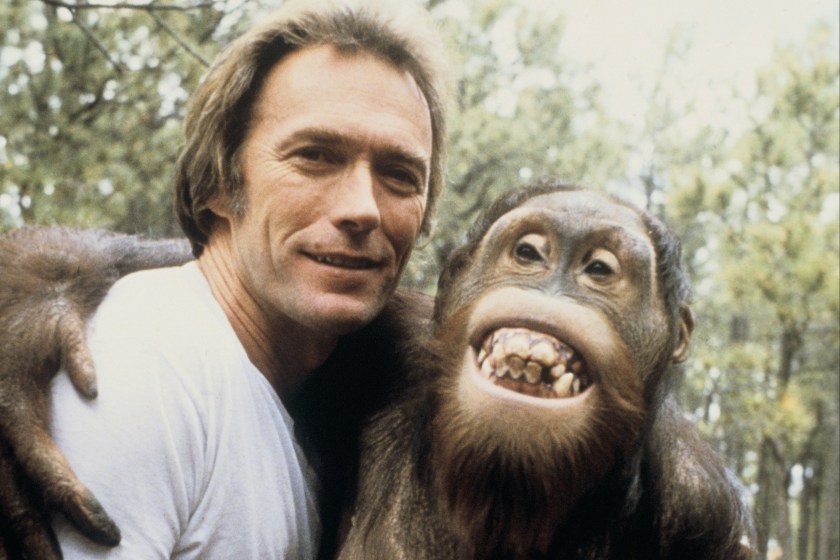 Eastwood  and his Orangutan co-star Clyde on the set of ‘Every Which Way But Loose,’ a 1978 action-comedy. (Keystone-France/Gamma-Keystone via Getty Images) 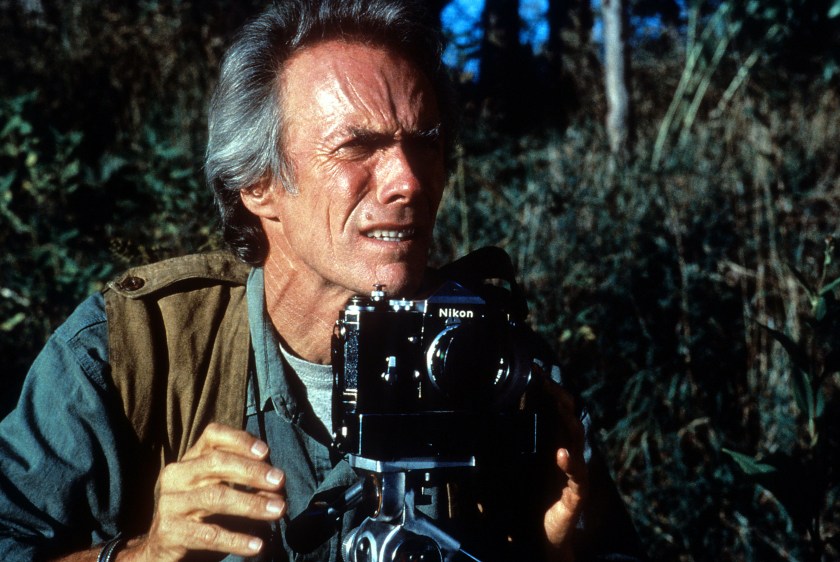 After the original director was fired, Eastwood took over the helm of ‘The Bridges of Madison County’ in 1995. He also starred in the film, opposite Meryl Streep. (Warner Brothers/Getty Images)
Getty Images 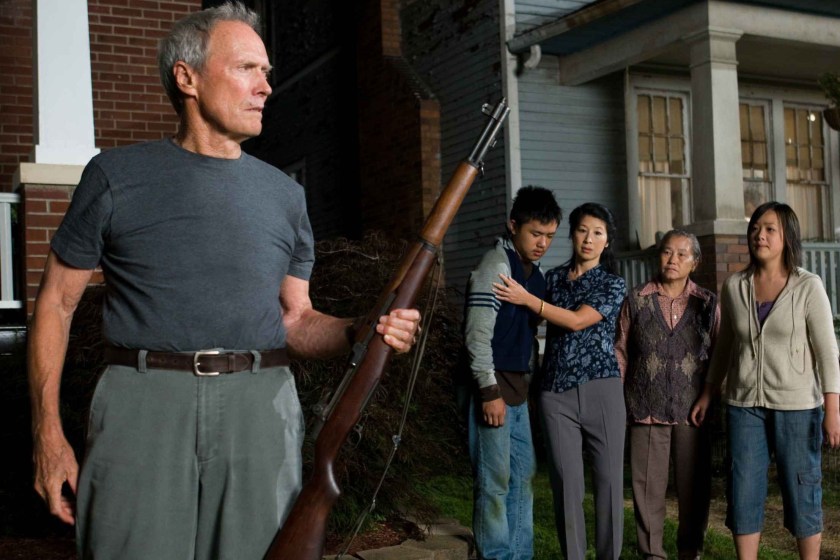 In 2008’s ‘Gran Torino,’ Eastwood delivered one of his career-defining performances. (Warner Bros.) 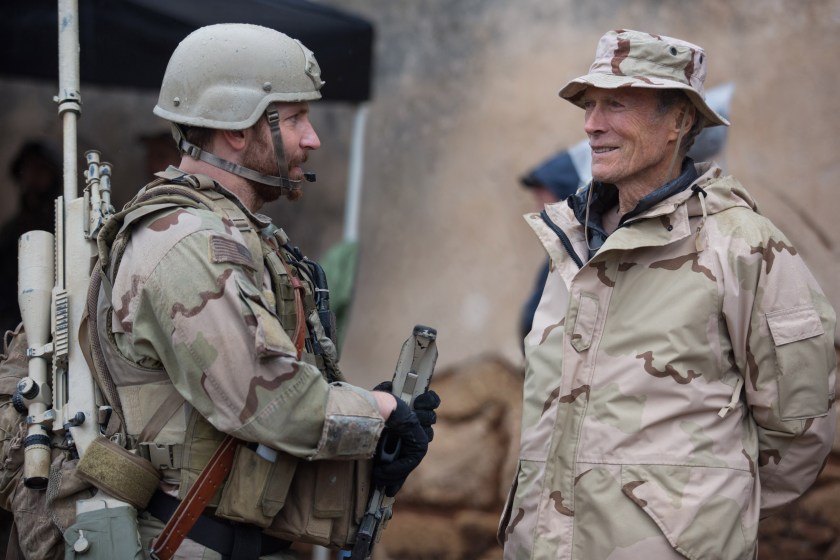