As an avid adult rec hockey player, I was probably destined to discover slide boarding. I actually picked up the exercise during the COVID lockdown as a way to try to maintain my game while the country was cooped up, but over time it became my go-to exercise for all-around fitness. Two years on, I still find slide boarding a compelling, effective and convenient way to stay in shape.

What is Slide Boarding and Why It Works

In essence, the slide board is a slippery piece of plastic from eight to 10 feet long and roughly two feet wide with full-width guardrails (or bumpers) at either end to stop your sliding progress. You treat the surface with polish so that it’s extra slick, and put slippers over your athletic shoes. That’s it. It’s dead simple. Like any exercise, you can sign up to work with a professional trainer, or get started by accessing the wealth of free workout videos available on YouTube.

For most exercises, you are approximating a skating motion, moving from side to side. For non-skaters, this may require a bit of getting used to, but it’s not difficult to master the basics. The lateral motion is critical, but it’s only the beginning. The board can be utilized in numerous positions to exercise different muscle groups. You’re most often working your legs (hamstrings and quads), hips and glutes while in the gliding position. By executing pikes, body saws and mountain climbers on the slippery surface with your arms off the board, you can also get a very good core workout.

One of the great benefits of the slide board is that it allows for a workout of the frontal (or coronal) plane. In lay terms, that’s lateral motion.

“When you train too much in one plane that can lead to muscle fatigue and injury in some way, shape, or form,” says Freddy Johnson, a longtime slide board user who’s trained hundreds of athletes on boards. “It can also create an imbalance in the power you can exert from different areas of your body, and thus compromise underworked areas.”

Johnson finds the slide board is great for having a well-rounded exercise regimen, and it’s also good for stabilizer muscles.

While not precisely the same motion as skating, I find the movements translate fairly well to the ice. (It’s important to continue working forward motion, though, and not rely on lateral movement too much.) More importantly, slide boarding also happens to be a fantastic all-around workout. It’s low-impact and impressively versatile. What I like about it is that the exercises help my balance as well as power. Personally, I notice improvements in cardiovascular performance, better core strength, and noticeably quicker lateral movements — for instance, when quickly shifting direction to get to a ball on the tennis court.

For my purposes, I focus on a 25-minute interval training regimen that alternates sliding with reverse lunges and the aforementioned mountain climbers, pikes, and body saws. It’s fun to do, and easy to increase the intensity by increasing reps or speed of the activities. You can also add a light kettlebell when you want more of a challenge. As with any exercise, it’s smart to start slow, get to know the equipment, and ease into incremental progress. You need to pay special attention on a slide board because the surface is very slick and it’s possible to wipe out if you lose focus. (Yes, I know this from experience.) It’s also a good idea to talk to your physician and/or trainer to ensure you’re ready for the level of exercise and to make sure you get off to the right start.

When it comes to exercise, I’ve cycled, rowed and lifted free weights. I can tell you there are muscle groups I didn’t even know existed until I tried sliding.

The Icing on the Cake

In addition to the benefits noted above, I’ve also found that slide boarding is just fun. As on any stationary exercise machine, it can become mundane being in one place for long stretches of time. But once you get into the groove on your board, the time flies. Because you need to focus on what you’re doing at all times to stay in balance, your mind is always active, which increases engagement in the exercise. Whenever I’ve tried to build a routine on a stationary bike, I find myself reluctant to hop on because, well, it’s pretty boring. With the slide board, while I’m not going to say procrastination doesn’t rear its head, I look forward to the workout in ways I hadn’t expected. And one other thing: when you’re done, you can simply stow the board by leaning it on a wall or slide it under your bed. You can’t do that with a Peloton. And anything that lowers the barrier to a workout increases the chances I’m going to succeed. And that’s something I never underestimate. 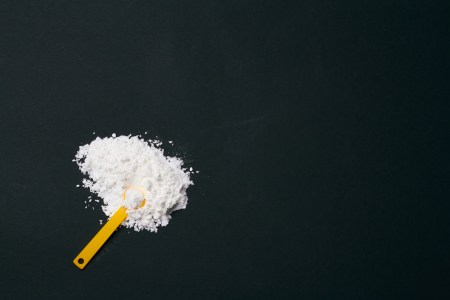