How to Do a Perfect Plank, the Ultimate Belly-Buster 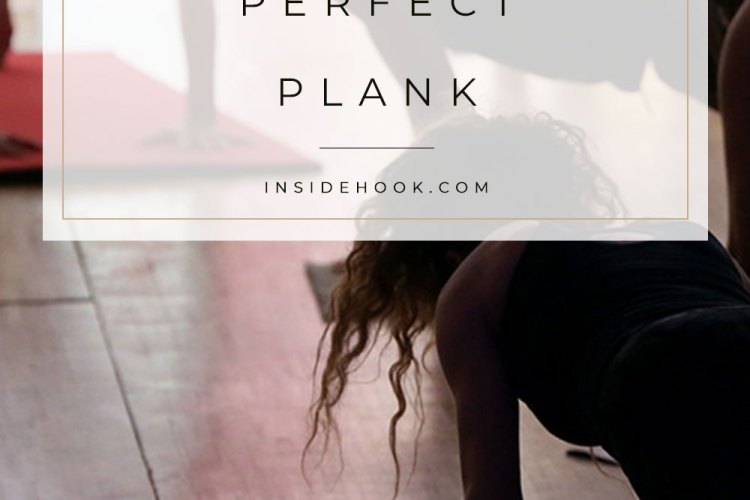 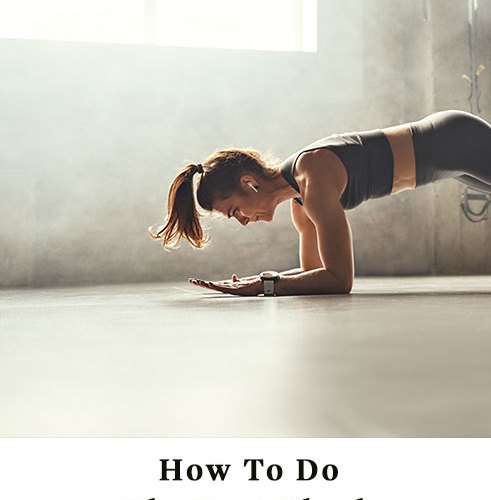 As astronauts float through outer space, they have to exercise six to seven days a week, for nearly three hours at a time, in order to combat the natural atrophying processes that occur on human muscles in microgravity environs. At the International Space Station, that means working out with bicycles, treadmills and weightlifting machines that are bolted to the floor. Astronauts have to be strapped into the cardio equipment with bungee cords, while the strength equipment is made up of vacuumed canisters, which they pull against.

The idea is to challenge the muscles and prevent the loss of bone mineral density. And it largely works. These are rocket scientists, after all. Before the fancy machines were built, though, astronauts largely relied on isometric exercise for maintaining muscle tone and bone health; that refers to any static contraction of a muscle, where the angle of the joint doesn’t change. For an easy, desk-appropriate example: push each of your hands against each other in front of your chest. Contract your muscles while doing so.

The tension you’re experiencing is real. It counts. Doing that all day isn’t going to give you Popeye arms, but when performed in collaboration with isotonic contractions (think: bicep curls) and other dynamic exercises, it improves the body’s capability to provide power — which pretty often must come from a static position. But there are bigger, better isometric movements, and one in particular that comes with a dizzying supply of beneficial side effects. We speak of the oft-forgotten plank.

I was in a Pilates class a few weeks ago when my instructor announced that we were about to dive into a “plank series.” I involuntarily groan-chuckled. The last time I’d tried a plank was in high-school gym class, when we’d all been forced to hold one for three minutes at a time. At 14, my arms had wobbled like a Jenga tower for at least two of those three minutes, and I vowed to never do a plank again. After all, what need did I have for a plank pose, when I could bang out crunches and push-ups instead?

As it turns out, every workout regimen could benefit from a steady planking routine. The series I performed at Pilates took only five or six minutes, but included a variety of different poses and absolutely torched my entire body. We’re well-publicized fans of efficient workouts that can be cranked out in a short amount of time, and are especially interested in them at this time of year, when we’re all eating, drinking, decorating, cleaning and traveling too often to allocate hour-plus sessions in the gym. To that end, here’s a quick, demystifying guide to the plank — with details on its many iterations, just exactly what it’s working in the body, and how it can fix your back.

Just be glad you don’t have to perform these moves in outer space.

Pick a plank, any plank

For starters: the plank is one of the most versatile exercises in the game, and the term “plank” umbrellas dozens of specific moves. We’ve listed just a few below, with link-outs to tutorials so you know what each looks like (because reading a play-by-play of how to perform an exercise online is arduous and unnecessary).

You have 100% performed each of the standard options before. The forearm plank is the image that comes to your head when you picture a plank. The straight-arm plank resembles the crown of a push-up. And the side plank is a reliable yoga move that works the obliques. The others are a delightful mess of more difficult options, which involve tapping knees against the ground, sticking arms out one by one, or raising inner thighs. These are all best performed on a mat, but that’s literally all you need to get started.

Once you “master” the standard poses and begin to feel comfortable doing a hard 30 seconds at some of the advanced methods, introduce exercise equipment that you can easily store around the house. An exercise ball offers two additional poses: 1) an “on-the-ball” plank, where your shins rest on the ball with outstretched out palms, and 2) a “stir-the-pot” plank, where you’re propped on a 45-degree angle with your elbows against the exercise ball. Other equipment to add includes resistance bands (wrap it around your back and hold it in your hands, or wrap it around your ankles and spread your legs out) and dumbbells, which you can raise to the air during side extensions. Nota bene: those are going to be really, really hard.

No muscle left behind

This is a full-body exercise. Planks work your arms, your legs and all of your abs, with a special emphasis on the traversus abdominis, a layer of muscle below the rectus abdominis (the surface-level moneymaker). When you perform them correctly, you’re contracting the core while squeezing the glutes and the quads. Don’t be surprised if your back and shoulders get stronger from repeated planks, but this is really about building a functional, grounded midsection. I talked earlier about how isometric movement works best in tandem with other dynamic workouts; you will notice the difference when running, biking, swimming (or even lifting on the bench press) after you’ve spent time learning to engage your core. Every single exercise requires you to engage your core, and backs, legs and arms can get strained or even injured when people neglect it. To those saying “But … crunches?” I hear you and I understand. Crunches are tough on the spine, though, and have lost some credibility in recent years for their bland repetitiveness.

Your back deserves it

The spinal cord is an engineering marvel; it’s an S-shaped curve of 33-stacked bones that absorbs shock, maintains balance and handles a dramatic twists to the body with aplomb. And yet, it’s unilaterally in peril. A whopping 80% of Americans will experience back pain at some point in their lives, and half of American workers miss work at some point throughout the year due to back pain-related problems. Why is the spine’s perfect design so susceptible to issues? Because we used to spend our days chasing our food and now we eat it from a plastic tub over lunch while refreshing Twitter. The sedentary lifestyle is entirely unnatural for the human body; it compresses our spines, weakens our bones and cuts off blood circulation. Planking, meanwhile, is an almost-too-obvious miracle response to the poor posture created by a damning sedentary lifestyle. The exercise itself demands perfect posture, and in turn it directly impacts your everyday posture by strengthening the muscles involved in that process. When the back, abs, shoulders and neck are all strengthened, they can more capably carry an upright frame. Which means you’ll hunch less and puff out that chest.

In order to reap those benefits, you’ve gotta perform the exercise correctly. Planks are a bit of a boogeyman for easily frustrated trainers, because gym-goers are constantly setting themselves up on mats and performing the exercise completely wrong. A few hyper-important pointers:

It needs to be said. I mean, sometimes I write entire articles without remembering to breathe. Exercise is another beast altogether. It’s too easy to focus on that mind-muscle connection and forget to bring air into your lungs. But because of the nature of the exercise — isometric, it induces a ton of tension throughout the entire body, non-repetitive, and it’s somewhat stressful due to the clock threat menace — breathing is absolutely essential. Inhale deep through your nose, exhale out through your mouth and find a rhythm that keeps you calm.

Don’t worry about the clock

Speaking of the clock, two important notes. First, try not to check it out multiple times while planking. I’ve run into that issue with jumping rope, too; repetition exercises are often mentally easier than continuous exercises as you feel more in control of the pace of progress. (Though that invariably leads to imperfections, especially in lifting — it’s no wonder the 16-year-old at your gym finishes his set of 10 bicep curls in about 20 seconds.) It might help to set an alarm on your phone. And building off that, don’t worry about “lasting” for minutes at a time. A seven-minute plank is probably not your best plank. It becomes all shoulders and arms at that point. Give it a perfect 30 seconds, make sure your abs and glutes are handling most of the work, and call it a day.

The 10 Books You Should Be Reading This July
What We Can Learn About Fashion From Pro Wrestling
What Is Relationship Anarchy? Are You a Relationship Anarchist?
Tons of Great Summer Apparel Is on Sale at Huckberry
Hollywood A-Lister Rami Malek Is a Staunch Defender of New York Pizza
Here's an Authentic Peruvian Ceviche Recipe You Can Whip Up Stateside
Spend More and Save More at Mack Weldon’s Decade Sales Event
Everything You Need for a Cooler, Less Sweaty Night of Sleep
To Last, the LIV Golf Invitational Series Needs to Step Up Its Game