Products of the Week: Headlamps, Only NY Tees and a Rowing Blazer x Sperry Collab 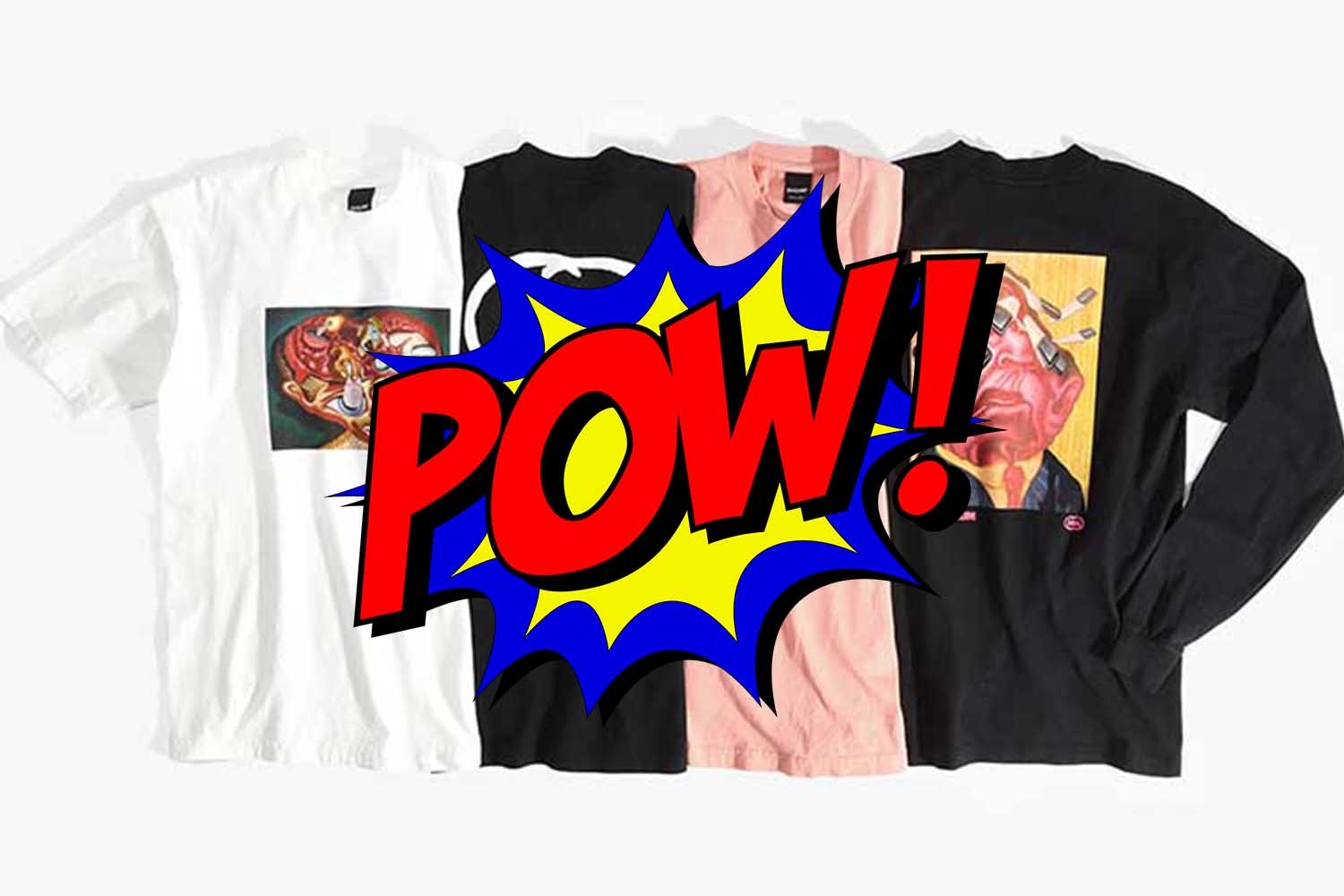 Each week, our inbox runneth over with news of gear, apparel and tech releases from around the world. In this feature, we’ll parse through the best of them. Today: A Only NY and New Museum for Peter Saul collection, a BioLite headlamp and a dope collab with Rowing Blazer and Sperry.

Made In Santoku Knife

Direct-to-consumer kitchen company Made In is back with another limited-edition kitchen knife, and this time they’re pairing a sheepsfoot-style Santoku blade with one-of-a-kind marbled handles. The last one sold out in under four hours, so if you want a shot get on the waitlist before Monday.

Noah has always been transparent when it comes to their design process and the source of their materials and fabrics. When the brand made the announcement that their Pocket Tees, one of the brand’s mainstays since its inception, are now made in the United States, it was a milestone for them. Brands often tout the benefits of something being made in the U.S., but what does it actually mean, and why is it so much more difficult? Noah outlines the factors that go into making something in the U.S., such as the increased production fees and the availability of colors, but that doesn’t mean their essential tee is now going to reach levels of unattainability. Ultimately, all it means for you as a consumer is a more ethical shopping experience, something you can be proud to buy and wear.

For Nike’s latest version of their Dunk Low sneakers, they took inspiration from the place where it all started: the basketball court. While now co-opted by skateboarders and streetstyle enthusiasts, the Dunk originated on the court in 1985, when they were included in a pack of color-coordinated products for college programs. These Dunks are a call back to those college teams, represented by the white leather and royal ‘varsity’ blue colorway. They’re a piece of sneaker history.

Two years ago, Yeti released the $300 Hondo Camp Chair which they billed as “indestructible.” It is preposterous. It is overbuilt. Despite all that, and on par with all of Yeti’s products, it has amassed an army of fans. Now, they’ve released the Trailhead, their second chair, and this time it’s actually portable like a camp chair should be. It’s still $300, though.

Only NY and New Museum for Peter Saul

Only NY has announced a limited-edition collection celebrating artist Peter Saul in a partnership with the New Museum. The limited-edition collection features tees, hoodies and pullovers showcasing the artist’s work. You can also go visit the painter’s first New York survey exhibition, “Peter Saul: Crime and Punishment” on view at the New Museum now through May 31, 2020 while you wear your t-shirt.

Allen Edmonds has introduced two new dashing colors — burnished olive and copper — you can now sport in your favorite pair of oxfords.

After BioLite released its Headlamp 330, it quickly became our go-to model both for traditional outdoor activities and everyday light-on-your-noggin needs. That may change with the introduction of the new 200 model, which is $15 less and 19 grams lighter, and features all the electronics in front, so it’s even more comfortable than its predecessor. And that’s saying a lot.

The previous collaborations between the sailing brands yielded new interpretations of Sperry’s Authentic Original boat shoe, their most iconic style, and their deck sneakers, but for the most recent collab, Rowing Blazer’s founder Jack Carlson delved deeper into the Sperry archives to find a lesser known shoe: the Sperry Sailing Cup Sneaker. As the name suggests, and like many of Sperry’s shoes, the sneaker was originally crafted for yachting and worn by everyone from America’s Cup sailors to Senator Ted Kennedy. For the collaboration, which Rowing Blazers is calling the Sperry Cloud Cup, much of the original design remains the same, like the perforated uppers and padded tongue and collar, technical design aspects that served to protect sailors’ ankles while on the slick decks. The sneakers were given a color refresh, now in three colorways that glean inspiration from Rowing Blazers’ spring/summer 2020 collection, while still remaining distinctly retro. It’s a sneaker primed for wear on and off the boat.

The Delegation X collection is inspired by the 1964 Tokyo Olympics, taking design cues from the original Delegation shoes that appeared in the games. The shoe comes in three color ways and features a Flyefoam Propel midsole and a rubber sponge outsole that consists of a lightweight foam combination to deliver increased bounce and better shock absorption.

Emperor Shōwa reigned over Japan from 1926 to 1989. When you try to consider everything that went on for that period, well, that’s basically modern history right there. Yet the Tokyo of the Shōwa Era is slowly slipping away, being paved over by “progress.” It’s an unfortunate truth the people behind the web journal Néojaponisme are looking to correct with this beautiful magazine/guide to everything great about the time that you can still find when exploring Tokyo.

It was only last year that rules regarding Scotch were relaxed so other types of casks could be used in the maturation process (meanwhile, in reverse, Don Julio’s already happily toying with ex-Laguvilin casks). Dewar’s upcoming release is an eight-year blend that’s aged again briefly in casks that formerly held Ilegal Mezcal. Expect something smooth with a hint of barest hint of spice, and be sure to use this one for cocktails. 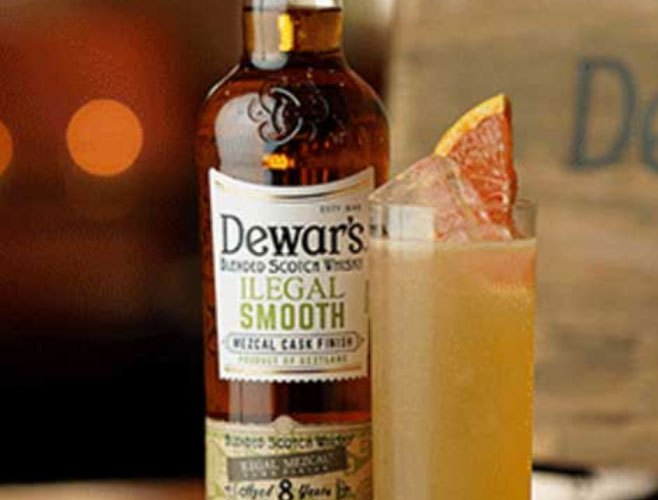 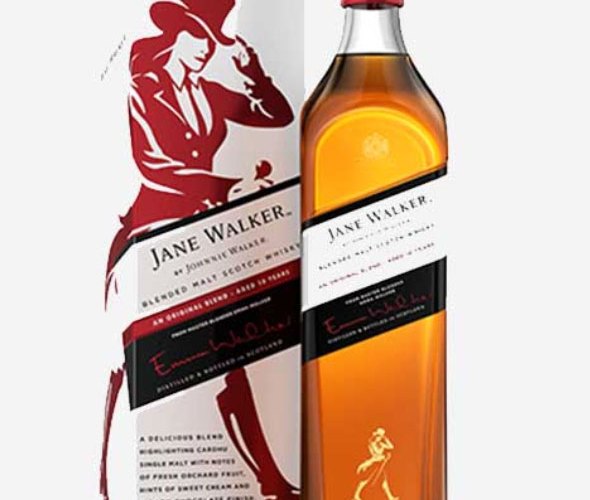