These Are the 9 Best Chicken Sandwiches in NYC

While the internet argues about fast food, treat yourself to a proper chicken sando 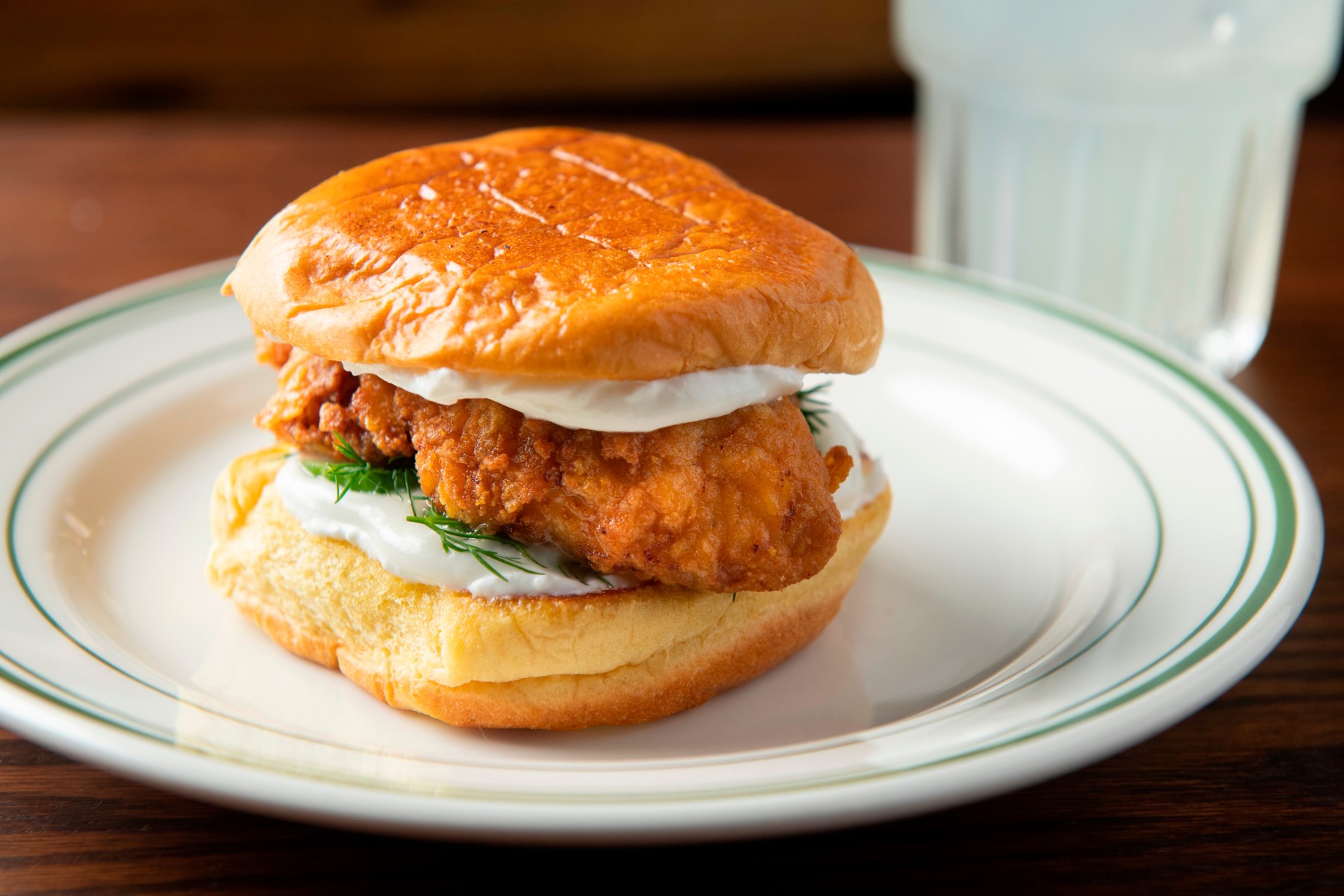 The past couple of weeks have been a PR dream for Chick-fil-A’s signature offering: Popeyes, the would-be rival to their chicken-sandwich hegemony, is being sued for running out of chicken.

But as the internet implodes trying to figure out which of those fast-food options is superior, we’d like to offer you some other options altogether — better ones. Because there are plenty of NYC eateries that do their own versions of America’s perpetual bridesmaid sandwich, but in elevated form.

Below, we’ve enumerated ninne of the most decadent chicken sandwiches you’ll find around the city.

Renowned for their pizza pies and burgers, another big hit at Emmy Squared has flown under the radar. Their Spicy Chicken sando is a double-decker of fried bird breast with red ranch and Salsa Pico squished lovingly between two halves of a pretzel bun. It’s definitely not a first-date item, but it is 100% first on our list for fancy chicken sandwiches that you needed to try yesterday.

This one, on the other hand: perfect for a date night. Co-owned by Queen’s icon Nas, Sweet Chick does chicken just right. Their sliders are heavy on the breading, but still retain amply moisture smushed in flaky biscuits and dressed with honey and in-house-cured pickle chips.

Perhaps the fanciest in all the land, the Fuku sando delivers despite the coin you’ll drop to indulge. Available at lunch only, the Spicy Chicken Sandwich caused a storm upon its launch and with deserved reason — it’s outstanding. No one other than David Chang could make such a wholesome hankering breathe refinement. It’s highly recommended to order it piled with pickled daikon, an off-menu secret order known as the “Koreano.”

If you took it to the ‘gram, the masses would swear you were at Chick-fil-A. Alex Stupak’s sammy might be a doppelganger in looks, but its taste exceeds mass-production with thinly sliced cucumbers abound and an indescribable flavor sensation courtesy of Stupak’s specialty Toum, a Lebanese garlic sauce.

The woman — nay, the legend — has an entire city clock named after her. Obama ate here. The southern soul food epicenter has been in biz since the ‘60s and takes chicken just as seriously today. This is the white-tablecloth chicken sandwich that deserves to be immortalized.

While Tavern is more casual than Tom Valenti’s previous fine-dining establishments that claimed a name for him on the Upper West Side, it still delivers quality in spades. Sixth on the list, his Crispy Fried Chicken is a dinner sandwich if there ever was one. The seasoning is expert and the preparation meticulous. It doesn’t taste of a time-honored recipe, it tastes, well, elevated, finished off with veggies and an awesome gribiche sauce.

A cool little spot with a killer idea that stuck. Everyone likes chicken and waffles, right? Why not make a sandwich out of it? So that’s exactly what they did. Hop on in there.

For the health-conscious chicken sandwich seeker, we suppose this is your bet. Jean-Georges’s Grilled Chicken Sandwich has long-been a late-lunch staple. Grilled, sure, but it’s still emblazoned with crunchy onions, basil and spicy mayo.

I typically would never recommend trusting the French in general to make a sandwich, but I’ll make this one exception. The Roast Chicken Sandwich is charred to perfection and piled with apple, arugula and basil aioli upon Amy’s Seven Grain. A little hoity-toity for a sammy, but we’re talking fancy sandos after all. And a little on the salty side, but — hey — so are the French, in general.