The Four Mexican Restaurants That Changed Chicago Dining in 2019

From Tzuco to la luna, an already superlative scene improved in spades 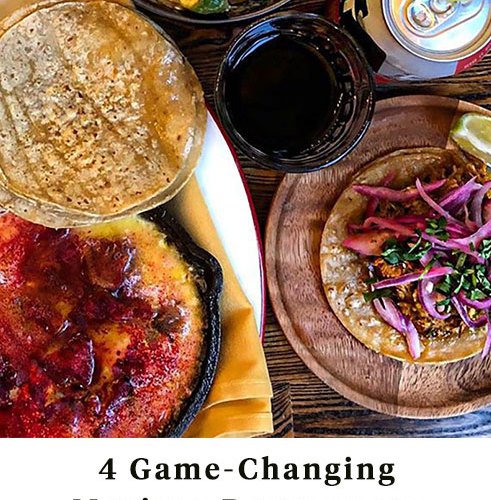 Taco Bell and Chipotle may lead the pack when it comes to satisfying the nation’s craving for Mexican food, but there’s no need to go mainstream in Chicago. In 2017, data masters Priceonomics identified Chicago as home to the most non-chain Mexican restaurants of any major city in the country. If recent openings are any indication, that hasn’t changed in the interim.

Arguably one of the more anticipated newcomers of any stripe in 2019 was Tzuco, from Chef Carlos Gaytan, whose erstwhile restaurant, Mexique, earned a Michelin Star two years running before closing in 2018.

A Top Chef contestant who arrived in Chicago in 1991, Gaytan paid his dues at the Union League Club and Bistrot Margot before launching Mexique in 2008, where his blend of French and Mexican techniques wowed diners for more than a decade. After it shuttered in 2018, Gaytan tended to HA´ at the Hotel Xcaret in Riviera Maya, where he dug deep into the culinary traditions he grew up with.

Now back in River North, he’s reminding fans of upscale Mexican food what they’ve been missing while he was away. Get a taste of what Tzuco and Gaytan — along with three other noteworthy newcomers — are all about below.

Mussels with saffron beurre blanc and chorizo. Oven-roasted octopus paired with a combo of carrots and peas. Steak tartare perched atop guacamole. As he demonstrated at Mexique, Gaytan revels in dishes that defy expectations with a masterful merging of tastes and techniques.

Fish gets especially attentive treatment here. The guajillo-rubbed snapper (sometimes skate) appears on a salad of orange, fennel and Brussels sprouts, while the trout done up in smoked corn husks comes with a tomatillo-almond pesto.

Carnivores won’t complain when tucking into the pork pibil — a shank served with avocado-infused black beans and habanero-pickled onions — or braised short ribs brightened with mint, cilantro and orange zest.

The restaurant’s look — by Cadena + Asociados Concept Design — is as atypical as the menu. There’s a cabinet-of-curiosities thing going in the dining room, where vitrines filled with natural material sit on rustic-looking towers. Tables and chairs from ATRA From Furniture echo a mid-century aesthetic without looking derivative, and the sarcophagus-like communal sink in the space between the restrooms will make you think twice about not soaping up.

It’s not easy to make your mark in Pilsen, but that hasn’t stopped restaurateur Samanatha Sanchez. As the daughter of Sam Sanchez — whose portfolio ranges from Moe’s Cantina to the old Crow Smokehouse — she’s learned a thing or two about the hospitality business, and from its brick-and-timber dining room to its intimately-scaled mescal bar, her new place hits that sweet spot between neighborhood hangout and special-occasion destination. And the plates (including servings of carne asada and paella that can serve two) are solid, satisfying dishes — and reasonably priced to boot.

The culinary traditions of Sonora take pride of place at this Lincoln Park spot, where the tortillas are made of flour and mesquite fuels the kitchen. Conceived by Ryan O’Donnell of Ballyhoo Hospitality (who grew up in Tucson), the restaurant’s extensive menu offers something for everyone, from a red snapper taco with cucumber-pineapple salsa and cilantro yogurt, to an adobe-fueled braised short rib accompanied by pinto bean purée. Mezcal and tequila are well represented, and the margaritas are spun from such food-friendly fixins’ as watermelon and charred pineapple.

There’s no excuse for downing a bad margarita or settling for a Dos Equis at your usual spot when the pours are as spirited as they are here. The brainchild of Lanie Bayless — daughter of star chef Rick Bayless — this snug hideaway serves up the kind of cocktails that make you want to savor every sip, from such fruit-driven bevies as Peloton mezcal with pineapple, ginger, Amargo Vallet and lime, to botanically inspired offerings like Sneaky Fox vodka combined with basil tincture, lemongrass, Topo Chico and lime. And speaking of the Baylesses: Rick’s next restaurant — a Chipotle-rivaling fast-casual chain called Tortazo — is set to open its first location later this month in the new food court at the Willis Tower.